Russian state TV has come to the defence of French actor Gerard Depardieu over accusations of rape and sexual assault, suggesting the alleged victim is trying to blackmail him.

Naturalised Russian citizen, Depardieu, is reportedly being investigated in France over accusations of rape and sexual assault against a 22-year-old French actress.

The alleged attack is said to have taken place at his home in the 6th arrondissement of Paris earlier this month. 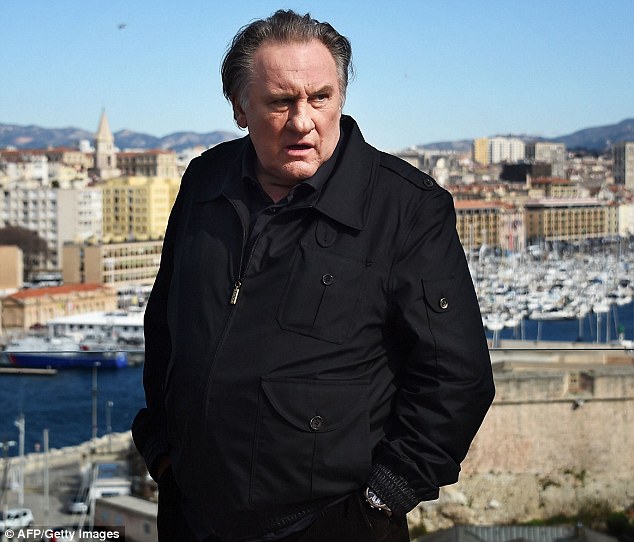 French actor Gerad Depardieu (pictured in Marseille, south France, in February) has been accused of raping a 22-year-old actress in Paris 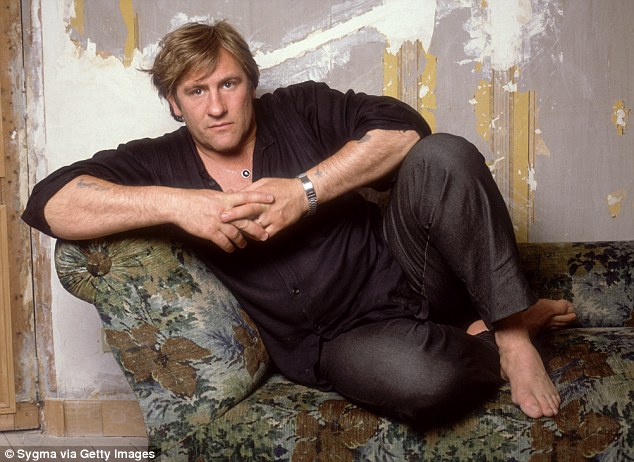 Depardieu (pictured above in Paris promoting French film Sous le soleil de Satan, or Under Satan’s Sun, in 1987) strongly denies the claims, according to his lawyer

A piece on the Rossia 24 news channel aired today asked ‘PR or crime?’ and speculated why the unnamed woman filed charges weeks after the alleged incidents, said to have happened on August 7 and 13.

Attorney Vadim Lyalin was quoted on the news item as saying: ‘Who kept her from doing this after the first time?

‘The young lady was perhaps trying to engage in blackmail and, having failed to get what she wanted, decided that at least this is how she’ll get PR.’

One of France’s most prolific actors famous for films including Cyrano de Bergerac and Green Card, Depardieu was granted Russian citizenship in 2013 to become a tax exile after his homeland imposed rate increases on the rich.

Russian President Vladimir Putin treated him to a dinner to present him with his new citizenship and Depardieu was subsequently full of praise in an interview to Komsomolskaya Pravda daily.

He later caused controversy again after slamming his home country, describing France as a place ‘populated by foreigners and imbeciles making wine and stinky cheese’.

Described as a controversial and larger-than-life character, Depardieu became the face of French cinema and won best actor at the Cannes film festival and was nominated for an Oscar. 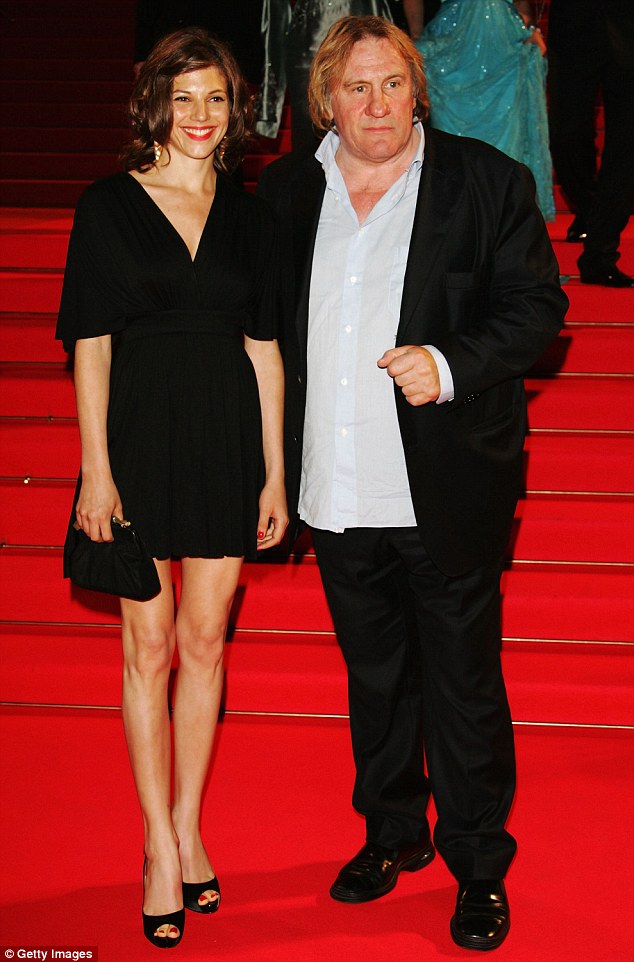 Gerard Depardieu with his partner Clementine Igou at a film premier in May 2007. He was granted Russian citizenship in 2013 to become a tax exile

The Russian reaction to the allegations against Depardieu echo the country’s responses to the Harvey Weinstein sexual harassment charges.

President Vladimir Putin weighed in on the Weinstein scandal this summer, asking: ‘Why is this happening now, not 10 years ago when this allegedly took place?’

A source said the Paris public prosecutor’s office had opened a preliminary inquiry into allegations against Depardieu following a complaint lodged on Monday in southern Aix-en-Provence.

Herve Termime, Depardieu lawyer, added: ‘I regret the public nature of this process which poses a major prejudice to Gerard Depardieu, whose innocence I am convinced will be recognised,’ his lawyer Herve Termime added, calling for restraint on all sides.

Depardieu is France’s biggest international star and has made more than 180 films but he has not been far from controversy.

In 2014, he was accused of throwing water over revellers beneath his Italian flat after being annoyed by their noise.

And in 2011 he had to apologise for urinating into a bottle on a flight from Paris to Dublin after being told by the flight crew that he would have to wait at least 15 minutes until he could use the onboard lavatories.

The actor was fined in 2013 after falling off his scooter while driving drunk in Paris.

He failed to turn up at the court hearing at which he was fined €4,000 and had his licence suspended for six months.

Depardieu has also never been afraid of taking a swipe at the film industry, slamming the Oscars in 2016, claiming the industry was being ‘terrorised by the Americans’.

The French actor’s romantic history has also been turbulent with him divorcing his first wife actress Elisabeth Guignot in 1996.

Depardieu then dated Carole Bouquet from 1997 until 2005. Ms Bouquet is also a successful French actress who plaid Melina Havelock in the 1981 James Bond film For Your Eyes Only.