A 30-year-old Russian woman accused of being a cocaine mule faces the death penalty in Vietnam.

But Maria Dapirka, who has already written a ‘farewell letter’ to her mother, claims she was set up by her lover who posed as a top footballer.

Her lawyers have said she has accepted she may soon be executed, but still clings on to some hope she will be freed after three years in prison.

Dapirka, who lived in Thailand when she met her lover, known as Nick, was caught with almost 3kg of cocaine by Vietnamese customs on a flight from Singapore

She said the cocaine was planted in her luggage by Nick – or ‘Chib Eze’ – who apparently has a penchant for seducing attractive young women before conning them into carrying drugs.

Maria Dapirka, a 30-year-old Russian woman accused of being a cocaine mule, faces the death penalty in Vietnam 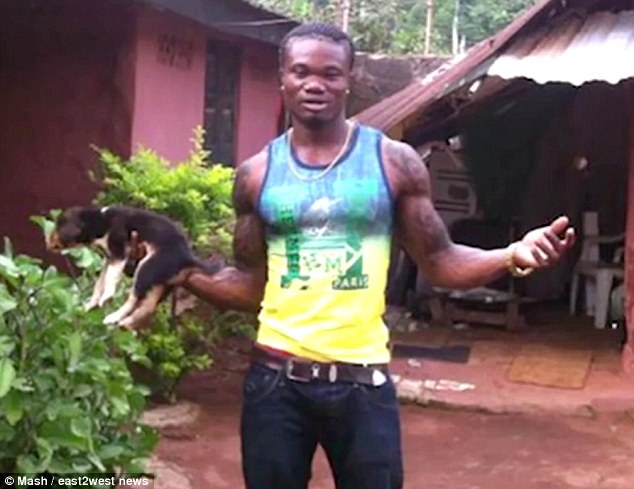 But Maria Dapirka, who has already written a ‘farewell letter’ to her mother, claims she was set up by her lover ‘Nick’ (pictured), who posed as a top footballer

Dapirka’s verdict and sentence was due to be handed down by a Vietnamese judge today in a Ho Chi Minh city court but the session was postponed ‘for further investigation’ for the fifth time.

In a letter to her mother Olga, a desperate Dapirka said she was ready for any decision by the court.

She wrote: ‘Don’t worry about me. I am fine. I am ready for any end. ‘I hope you will manage to visit me.

‘I’ve not seen you for four years. I miss you so much! Please take good care of your health.’

Her lawyer Sunkar Nurmagambetov said: ‘We have received Maria’s appeal.

‘She addressed her family and said that she has not lost faith yet but realistically she understands there might be scenarios like a death sentence or life term.’

Before her arrest, she was a keen sportswoman who did not drink or smoke, he said. 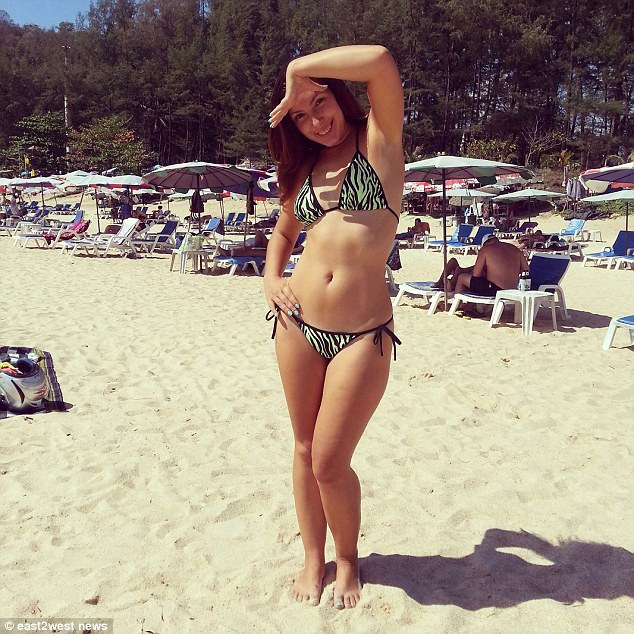 Dapirka’s verdict and sentence was due to be handed down by a Vietnamese judge today, but it was postponed ‘for further investigation’ for the fifth time 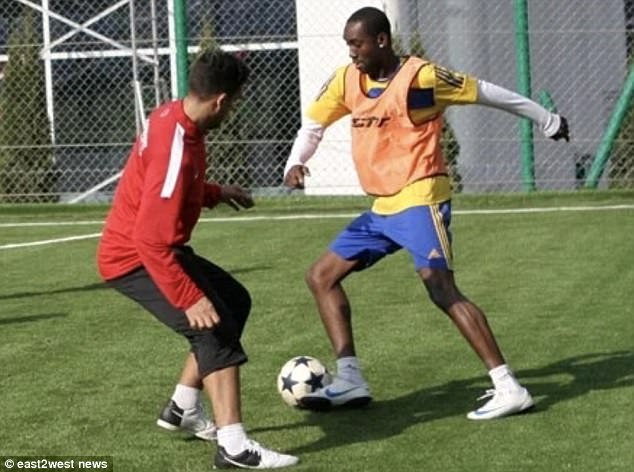 Maria claimed the cocaine had been planted in her luggage by a man known only as Nick, or ‘Chib Eze’, who apparently seduces young women into smuggling cocaine

‘She has had to get used to the new conditions. She is trying to stay as optimistic as she can, but sometimes her mood can be quite low.’

Pro-Kremlin news site Mash in Russia published a picture purporting to be ‘Nick’, the man she accuses of framing her after they met in Thailand.

The Nigerian media has claimed the same man used different fake names to dupe dozens of other women with model looks to act as drugs mules. His real name is not known.

‘What started as a beautiful love story for these innocent girls with model looks ended up into a nightmare on the death row on drug-trafficking charges,’ reported NAIJ.com two years ago.

‘All these beautiful girls have been duped into being drug mules by an elusive Nigerian drug baron, who pretended to be a professional footballer or a pro from the fashion industry.

‘He seduced the girls promising to marry them and establishing intimate relationships with his victims, but little did they know what they have been chosen for.’ 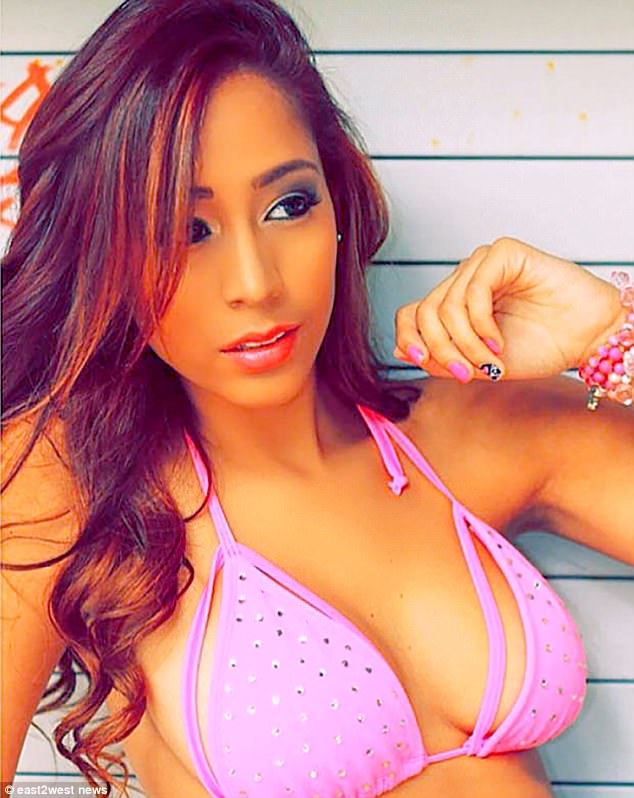 Another woman alleged to have been tricked by ‘Nick’ is 22-year-old Colombian Juliana Lopez, a university student and model 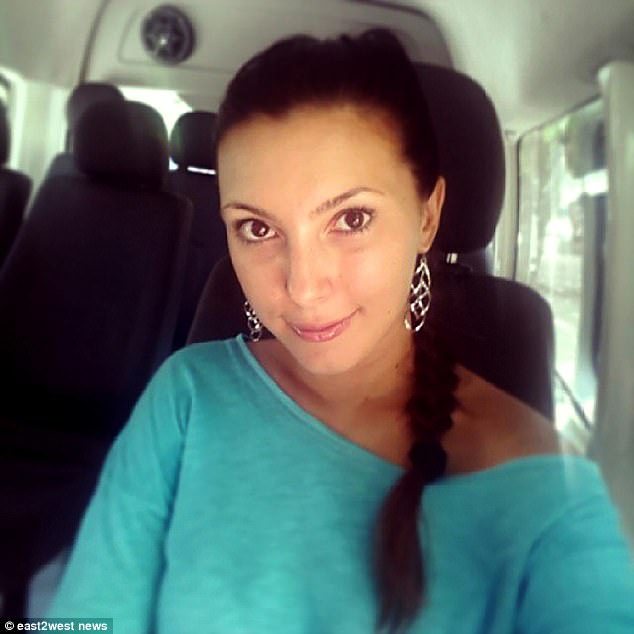 Before her arrest, Dapirka was a keen sportswoman who did not drink or smoke, her lawyer has said

Suspected victim Akzharkyn Turlybay, aged 20, a Kazakhstan model, was sentenced to life imprisonment in China, before the verdict was quashed last year and the case sent back to the lower courts.

Another Zhibek Sakeeva was jailed for 12 years in Indonesia in 2012 after allegedly being conned by the same drugs baron.

One more possible victim was 22-year-old Colombian, Juliana Lopez, a university student and model, who also hosted a TV show, it was reported.

Lopez was arrested two years ago in China with a notebook containing drugs.

A campaign organised by Maria Dapirka’s friends calling for her release alleged that ‘a whole criminal syndicate of Nigerian men work in Asia and all around the world, like Maria’s so-called boyfriend.

‘They make up all sort of stories, win trust, some even marry their potential future drug mules.

‘Maria is not in this alone, there is plenty of girls like her who trust these men.’

Olga, her mother, insisted her daughter was innocent.

‘I hope Maria will be released because Vietnam has the death penalty for this crime.’ 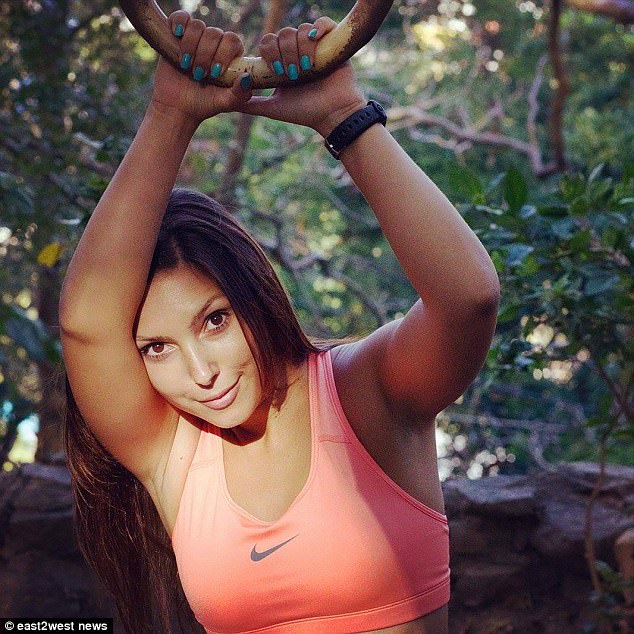 Maria, who lived in Thailand before being caught with almost 3kg of cocaine by Vietnamese customs, said she was ready for any decision by the court

The woman was caught with two nylon bags packed with cocaine in her hand baggage, and more wedged inside a magazine, at Ho Chi Minh City’s Tan Son Nhat International Airport in August 2014.

‘Maria would not carry cocaine, she has always lived a strictly healthy lifestyle,’ said her brother Vadim.

‘She does not eat meat, nor smoke, nor drink and has always said that she thinks all of those things are really disgusting.’

Popular tourist destination Vietnam has some of the most severe penalties for drugs offences in the world.

People caught with even small quantities of hard drugs are liable to be executed.