By David Wilcock, Whitehall Correspondent and Claire Toureille For Mailonline

Ruth Davidson tore into Boris Johnson today saying there are unanswered ‘questions’ about his decision to shut down Parliament ahead of Brexit.

The former Scottish Tory leader and vocal critic of the Prime Minister, spoke out in a live TV interview ahead of a landmark court case that could see the PM forced to reopen the Commons.

His decision to prorogue Parliament is to be the subject of a three-day Supreme Court hearing starting this morning that will examine his motivation for shutting down the legislature.

His opponents allege the five-week break was taken simply to shut down opposition to Brexit.

Appearing on ITV’s Lorraine this Morning Ms Davidson said: ‘The mechanism happens all the time. So I think what’s being decided on is the motive for it happening this time.

‘They certainly didn’t manage to take the country or Parliament along with them as they did it, and there’s questions about that.’

Appearing on ITV’s Lorraine this Morning Ms Davidson said: ‘The mechanism happens all the time. So I think what’s being decided on is the motive for it happening this time’ 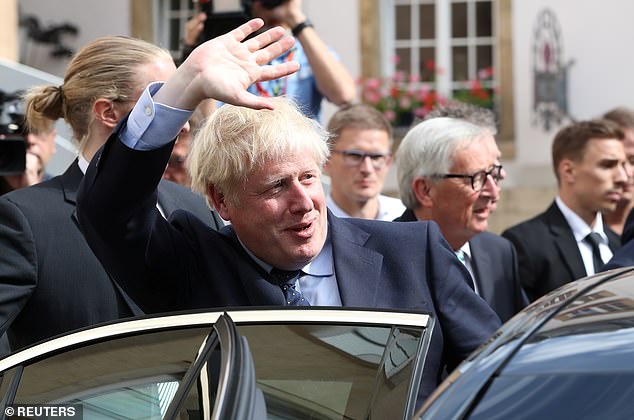 Ms Davidson, 40, who quit as Scottish Tory leader last month after Mr Johnson took office, admitted she was ‘hopelessly divided about Brexit’ and bemoaned its impact on life in the UK.

The MSP, who recently became a mother for the first time, with partner Jen Wilson, told ITV’s Lorraine: ‘We’ve lost decency in politics.’

The Tory star, who was credited with masterminding the party’s revival north of the Border, has been an outspoken critic of both Boris Johnson and Brexit.

She added that she had been ‘quite close’ to David Cameron and Theresa May, adding: ‘I’m not close to Boris so I don’t know what’s in his heart.

‘But I do think people can tell if politicians are basically telling the truth or not and if they can tell if they mean what they say.’

Ms Davidson announced last month she was resigning as Scottish Tory leader after eight years as she admitted her political career had taken a toll on her personal life.

The mother-of-one fought back tears as she gave an emotional speech about her family, saying spending time away from home ‘filled her with dread’.

In an impassioned letter Miss Davidson said that in trying to be a good leader she had ‘proved a poor daughter, sister, partner and friend. 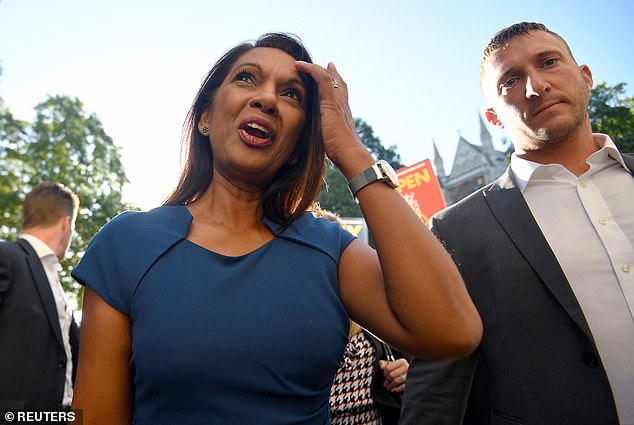 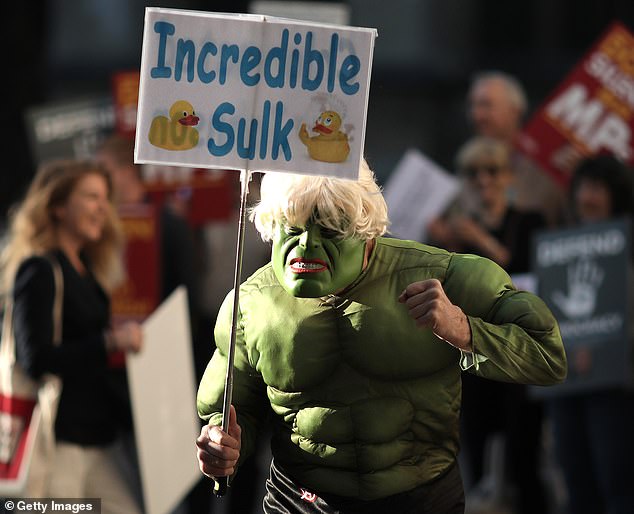 Arch-remainer Gina Miller was clapped and cheered by fans outside the Supreme Court today as the landmark Brexit legal battle over Boris Johnson’s decision to shut down Parliament for five weeks begins this morning.

11 judges will have the final say on whether the Prime Minister broke the law and misled the Queen in a ruling that could influence whether Britain leaves the EU on October 31.

One man wore a Boris Johnson-style wig and an Incredible Hulk costume while carrying an ‘Incredible Sulk’ placard to lampoon the PM’s claim he will channel the superhero to ensure Brexit happens in 44 days’ time. He was later arrested by another remainer protester dressed as RoboCop.

Over the next three days Britain’s highest court will hear an appeal case launched by arch-remainers where supporters including former Tory prime minister Sir John Major will argue that Mr Johnson is trying to ‘stymy’ scrutiny of his Brexit policy to force through No Deal.

Judges will also rule on an appeal by the Government against a ruling by Scottish justices who said shutting down Parliament for five weeks is unlawful.

The Prime Minister said last night it was ‘claptrap’ that he had stopped MPs having their say on Brexit and said a Queen’s Speech was required to end the longest Parliamentary session since the English civil war ended in 1651.