The Scottish Tory leader said she was routinely abused for being openly gay but insisted she felt a responsibility to read and call it out.

Ms Davidson – together with First Minister Nicola Sturgeon and ex Scottish Labour leader Kezia Dugdale – hit out at social media to reveal the extent of the hate-filled invective hurled at female politicians using the platform.

A YouGov survey of 1,110 British women commissioned by the charity found only 9 pr cent thought Twitter was doing enough to stop violence and abuse against women.

Ms Davidson said: ‘Because I’m openly gay … particularly when I started there was a lot of homophobic abuse and I have a lot of young gay followers on my Twitter platform, and for me it’s always been quite important to call that out.

‘So all of the ‘you fat, ugly, stinking Tory’ stuff I leave to one side but every now and again, every month or so, I’ll re-tweet or push back on some of the homophobic abuse because I think it’s important that people see actually that that sort of language is not acceptable, you don’t have to take it.’

Ms Sturgeon said that while social media was ‘by and large a real force for good’, she was ‘deeply worried’ about the impact of online abuse on prospective female politicians.

She said: ‘There’s undoubtedly a gendered element to the abuse. Women in politics will be much more likely to get abuse about how they look, what they wear and that’s probably, to be frank, at the more innocent end of it.

‘What makes me angry when I read that kind of abuse about me is that I worry that it’s putting the next generation of young women off politics. I feel a responsibility to challenge it.’

Ms Dugdale has revealed she received three death threats in six years as she backed a campaign urging Twitter to do more to stop online abuse.

Ms Dugdale revealed she had gone to the police a few years ago after one user suggested she should be bayoneted.

She said: ‘If I were to show you my Twitter @reply column just now, 90% of it would be abuse. 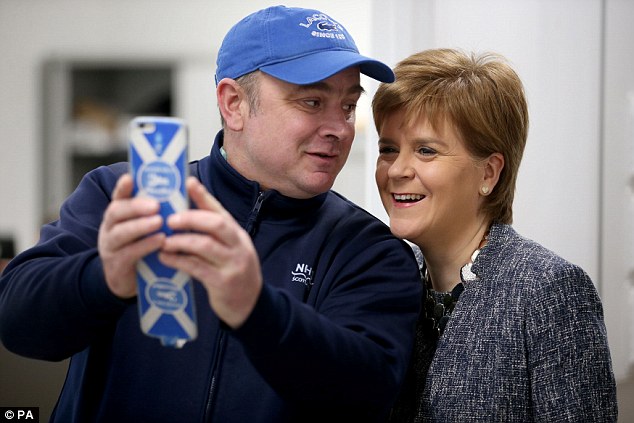 Nicola Sturgeon (pictured today in East Lothian) said that while social media was ‘by and large a real force for good’, she was ‘deeply worried’ about the impact of online abuse on prospective female politicians

‘Now I have to look at that every time to scroll through the good stuff trying to find those people who are genuinely trying to engage.

‘Probably ten or 20 times a day I am scrolling through absolute mountains of abuse. There’s different levels of abuse and harassment within that spectrum, some of it very serious indeed.

‘Three times in the six years I’ve been an elected politician I’ve felt it serious enough to report to the police. That’s involved three death threats in six years.’

Amnesty interviewed more than 80 women across the UK and US for its Toxic Twitter report, with many reporting the company had failed to act when abuse was reported.

‘Abusive trolls are empowered to continue their campaigns of violence and abuse against women online because, despite repeated promises, Twitter is failing to do enough to stop them.

‘In fact, Twitter is silencing the voices of women and is having a damaging impact on their mental health.’ 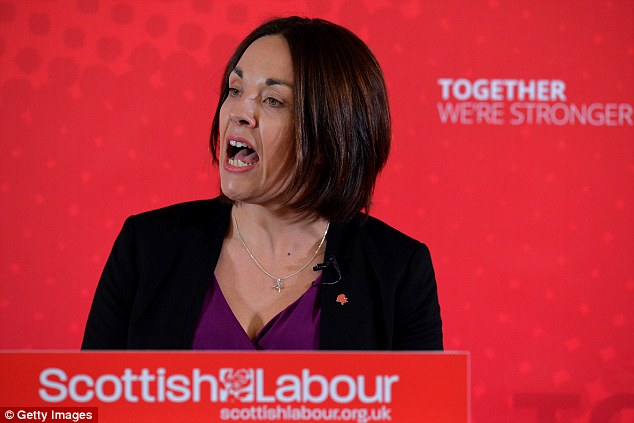 Amnesty wants the company to improve its reporting mechanisms and share more information publicly about the nature and levels of violence and abuse against women and how it is dealt with.

A spokesman for Twitter said: ‘We agree with many of the recommendations contained in the Amnesty International report. A number of the proposals represent work already completed or underway at Twitter.

‘Abuse and hateful conduct directed at women are prohibited on our platform. We have made more than 30 individual changes to our product, policies and operations in the past 16 months. We have increased our action rates ten-fold.

‘We have made significant changes to our reporting tools and continue to improve them as well working to communicate more clearly with our users on reports and how we draft policy. We continue to expand our Transparency Report to include relevant and meaningful data.

‘We have seen extraordinary engagement supporting women. The rise of movements like #MeToo, #WomensMarch, and #PositionOfStrength are testimonies to the power of Twitter as a platform for women and their allies to share stories, offer support, and advocate for change.’