A mother and her partner have walked free from court after breaching an ASBO which tried to stop her ‘moaning and groaning’.

After neighbours complained to South Lanarkshire Council several times, Stacey Taylor, 26, and Derek Maddox, 28, were given an ASBO in 2014 after having sex too loudly.

But the couple returned to court after they continued their raucous activities at their home in Rutherglen, near Glasgow.

After hearing evidence from neighbours Christopher and Catherine Sweeney, who claimed the loud sex noises disrupted their lives, prosecutors withdrew the charge against Maddox.

Today, sheriff Young told her: ‘This was a breach of a court order, it dates back to 2014.

‘You have not repeated this behaviour and you have been of good behaviour since then and during the period of deferment.

‘You now have a young child. In the circumstances I am prepared to admonish you.’

Sentence was deferred to allow Taylor – who was then pregnant – to give birth.

During the evidence Mr Sweeney, 31, was asked if he had any issues with the couple, who lived below them.

He said: ‘The only issue was loud noises coming from below, loud sex noises.’

The court heard after making complaints a court order was served on the couple in August 2014, preventing the couple from making excessive noise, including sexual noises.

Mr Sweeney claimed it was still going on in September that year. 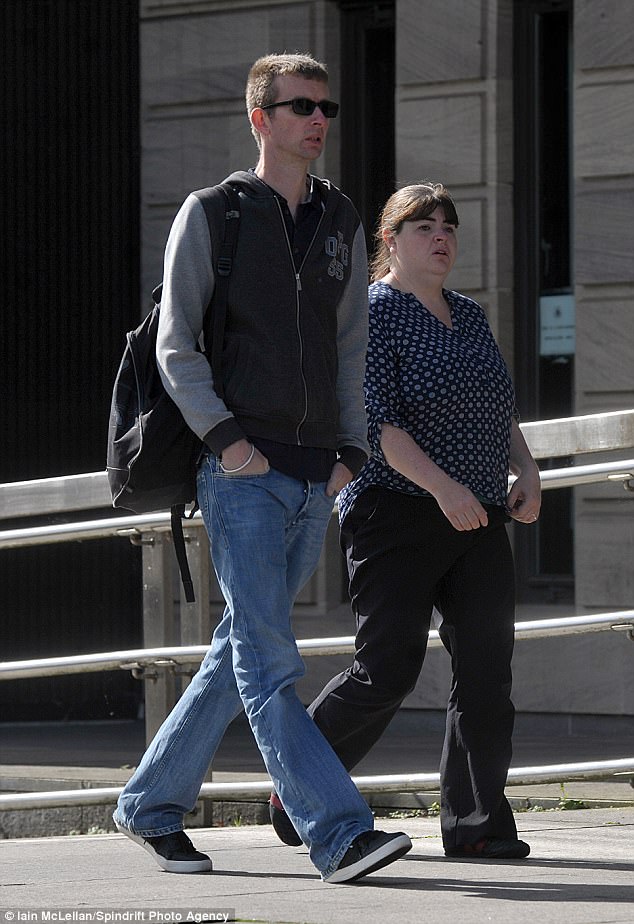 He said Taylor was the person moaning and speaking but he heard groans from both.

Defence lawyer Garvey McArdle for Maddox, put to him: ‘Would it be a possibility that perhaps what you were hearing could be a pornographic movie, turned up loud?’

Mrs Sweeney, 32, said the ‘moaning’ and ‘screaming’ she heard was ‘all female’.

The witness told Mr Farrell: ‘There was really no pattern to it at all.’

She said she was angry because she had young children in the house saying: ‘They were unable to play in their room at certain times because of the noise.

‘Sometimes we had to go out. For them I felt annoyed, quite anxious that they were hearing things like that.’

Defence lawyer for Taylor, Pat Campbell, said she had been of good behaviour and now has a 14 week old baby.