Broadway actress Ruthie Ann Miles, who tragically lost her daughter and unborn child two years ago, has given birth to a baby girl.

The Tony-winner together with her husband Jonathan Blumenstein, shared the good news on her Instagram account on Saturday.

‘Welcome to the world, Hope Elizabeth,’ the 37-year-old Tony-winning Broadway star wrote along with a photo of the newborn’s tiny feet.

Hope Elizabeth: Broadway star Ruthie Ann Miles, 37, took to Instagram on Saturday to reveal that she welcomed a baby girl in April with husband Jonathan Blumenstein 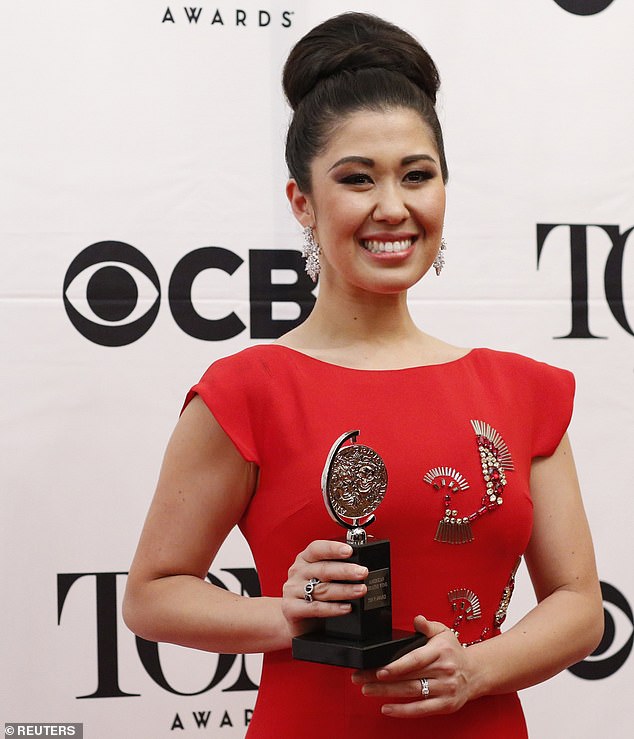 The news of Hope’s birth came a little over two-years after the couple suffered the tragic loss of, both, their daughter Abigail Joy, four, and their unborn daughter Sophia

The couple announced that they were expecting a child in March in a posting that has received almost 10,000 likes.

It gave fans, friends, and followers some information regarding the baby’s due date.

At the time, Miles post read: ‘You all have continually lifted us up in prayer, doused us with Love, encouraged us, let us be and grieve these two years…and now rejoice with us in this new life.’

‘We know Abigail Joy and Sophia would have loved being big sisters and are loving watching their family grow,’ she concluded.

The news of baby Hope’s birth comes just over two-years after the couple suffered the tragic loss of both, their daughter Abigail Joy, who was four, and their unborn daughter. 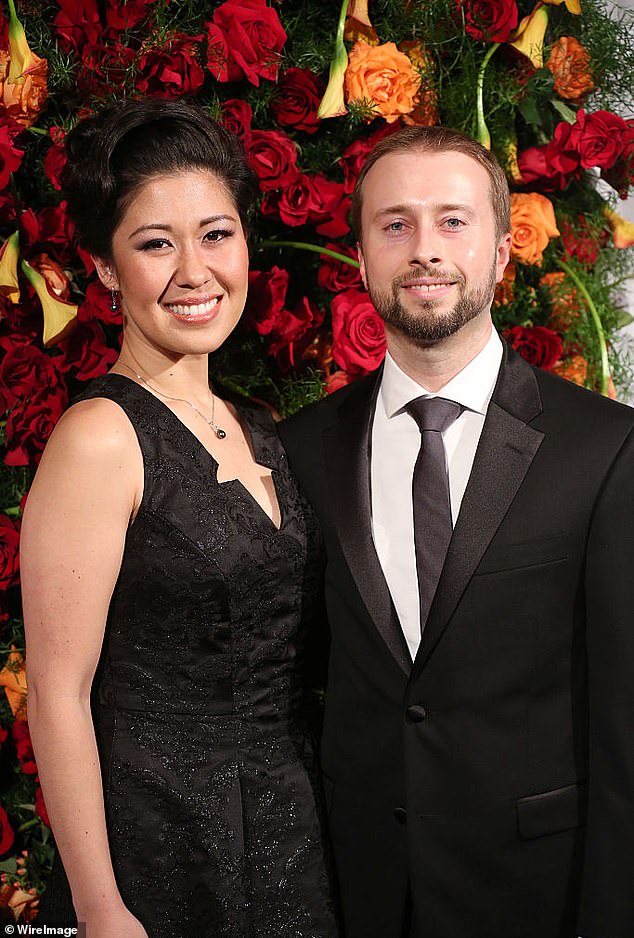 Meet the parents: Ruthie and husband Jonathan Blumenstein pictured together at the 2016 New York City Center Gala at the Plaza Hotel 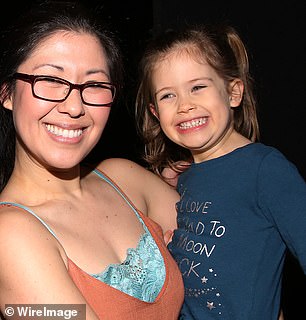 The Tony Award-winning actress Ruthie Ann Miles lost her daughter Abigail after they were mowed down by a car in Brooklyn, New York City. Miles lost her unborn baby two months later as a result of her severe injuries

In 2018, Miles and Abigail were struck by a vehicle on a New York street that killed her and a friend’s one-year-old son.

Miles was pregnant at the time of the crash and lost her unborn daughter, whom she planned to name Sophia, two months later.

The crash took place when 44-year-old Dorothy Bruns, who had multiple sclerosis, suffered a seizure behind the wheel and lost control of her car.

She plowed through a red light and struck Miles, her friend Lauren Lew and their young children in the middle of a pedestrian crosswalk on 9th Street and Fifth Avenue in Park Slope, Brooklyn. 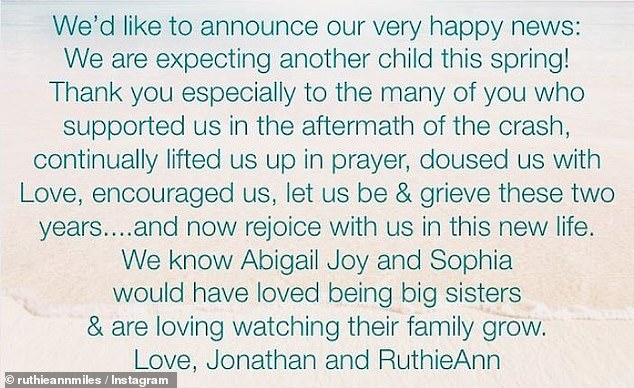 Back in March, Miles along with her husband used Instagram to announced the ‘very happy news’ that they were expecting a child; statement shared to Ruthie’s Instagram on March 21

One-year-old Joshua Lew and Abigail were both killed.

Miles was 39 weeks pregnant at the time and lost her baby as a result of her severe injuries.

Bruns was found dead of an apparent suicide in November 2018

The two children and their mothers had just stepped off a bus and were crossing the street when Bruns, who was driving a white Volvo sped through the intersection hitting the families.

One witness described to the New York Post how Lew tried to save her son after the tragedy unfolded. 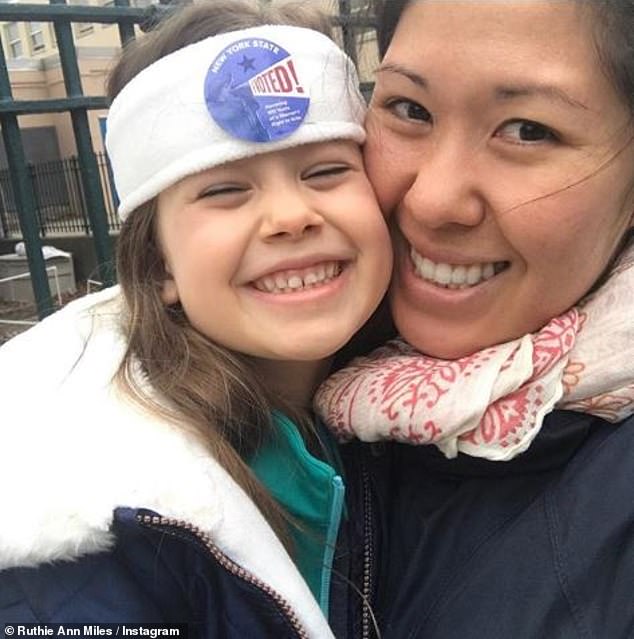 Miles used a post in March to thank ‘those who supported her and husband Jonathan in the aftermath of the crash’ that took the life of Abigail Joy and unborn Sophia; Ruthie and Abigail Joy are pictured in November of 2017 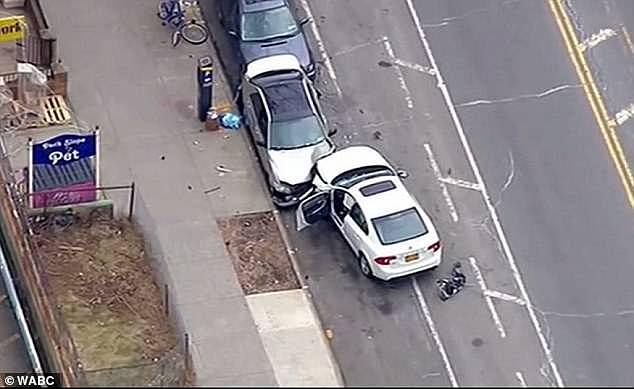 Miles’ friend Lauren Lew and her son Joshua were also struck in the tragic crash, which killed the one-year-old boy 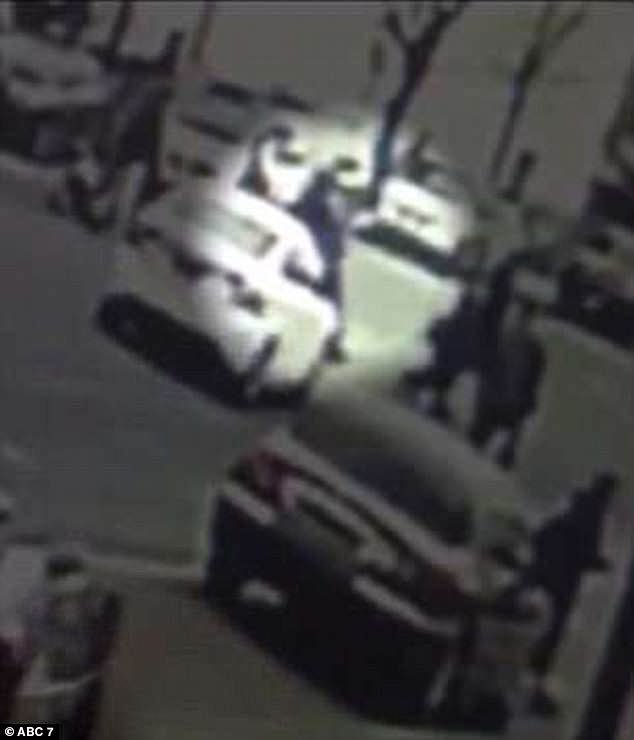 The two children and their mothers had just got off a bus and were crossing the street when Bruns, who was driving a white Volvo sped through the intersection, struck the families 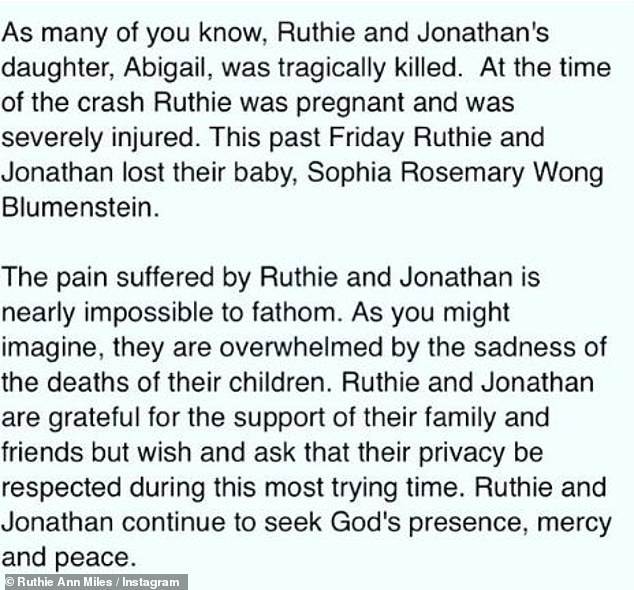 Two months after the crash, Miles miscarried the daughter she planned to name Sophia. Pictured, a statement shared to the actress’ Instagram in May 2018

‘The mom was sitting there next to him screaming,’ said medical student Andrew Macaluso said at the time.

‘She was just kind of saying: “Oh, God, this can’t be happening. Tell me this isn’t happening. What’s going on?”‘ Macaluso said.

‘The child had blood on his face,’ Macaluso said. ‘She wipes off his face and gives him air while I’m giving him chest compression.’ 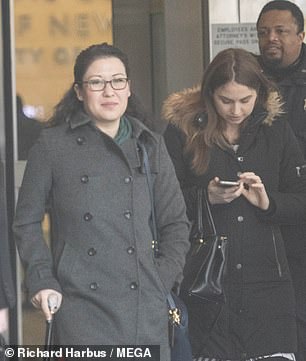 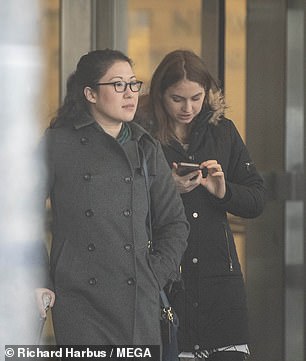 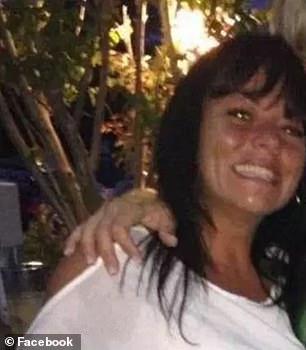 The driver was charged with manslaughter, criminally negligent homicide, reckless endangerment, assault and reckless driving because she was not supposed to drive due to her history of seizures and heart problems.

‘And it was tragic, but it was solely due to her selfish decision to drive.’

Bruns was facing 15 years behind bars and was released on $75,000 bond in September 2018 after entering a tearful plea of not guilty.

The case was dismissed three weeks after she was found dead. A suicide note and prescription pills were found at the scene.