An impoverished African country which has received hundreds of millions of pounds in aid from British taxpayers is paying £30 million to sponsor Arsenal – one of the world’s richest football clubs.

Rwanda, which is getting £62 million this year alone from the UK, has paid the Premier League club to promote the country’s tourist industry on players’ shirts.

The astonishing deal will also give Rwanda’s despotic ruler Paul Kagame and his cronies the use of an exclusive hospitality box at the London club’s Emirates Stadium, piles of match-day tickets and access to star players for promotional work.

Last year, Britain gave £27 million directly to the Rwandan government for poverty relief and spent a further £37 million on aid projects in the country.

But despite the vast amounts of cash being given by the UK and other countries, hospitals, schools, businesses and homes are without electricity much of the time.

Most people survive on less than £1 a day under Kagame’s tightly controlled authoritarian regime.

Meanwhile, teachers in some parts of Rwanda have not been paid for five months.

Instead, Kagame, who has been accused of murdering and torturing his opponents, funds ‘prestige’ projects such as running an airline which loses £750,000 a week.

The message ‘Visit Rwanda’ will be emblazoned on Arsenal players’ left sleeves and on pitch-side screens, at an annual cost of £10 million for the next three years.

Tory MP Andrew Bridgen described the deal as ‘an own goal for foreign aid’. ‘This is absolutely astonishing,’ he added.

‘British taxpayers will be rightly shocked to learn that a country supported by huge handouts from the UK is in turn pumping millions into a fabulously rich football club in London. It’s ludicrous.

‘If this isn’t a perfect own goal for foreign aid, I don’t know what is. It serves to expose the complete idiocy this system is based on.’

London-based Rwandan human rights campaigner Rene Mugenzi, whose life is under threat from Kagame’s hitmen, said: ‘It is hard to believe that Arsenal really conducted due diligence on this obscene deal, and they should scrap it.

‘How can a country which receives tens of millions of UK aid start spending money on a football club in London, just because the president supports them?

‘Britain should stop giving money to Rwanda because it just frees up their government to spend money on crazy things like this.’ 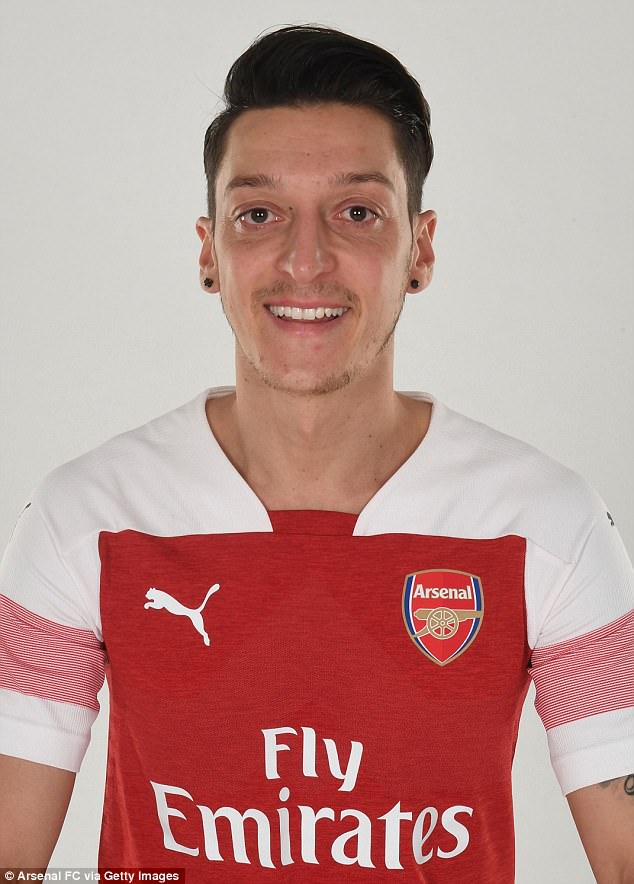 Earlier this year, International Development Secretary Penny Mordaunt pledged that the British Government would no longer invest ‘when others should be putting their hands in their pockets’, adding that the public had ‘legitimate’ concerns over how the UK’s £13 billion aid budget was spent.

A Department for International Development spokesman said: ‘All UK aid to Rwanda is earmarked for specific programmes, such as education and agriculture.

We track results to ensure value for money for UK taxpayers. We are helping Rwanda to stand on its own two feet.’

An Arsenal spokesman said: ‘Rwanda… is now regarded as one of the most advanced and respected countries in Africa.

‘We believe that, having conducted due diligence, it is a partnership that will help Rwanda meet their tourism goals while developing football in the country.’

The Rwandan Development Board declined to comment to The Mail on Sunday, but its CEO, Clare Akamanzi, said last week: ‘We’re thrilled to be partnering with Arsenal and showcasing the vibrancy and beauty of our country.’

Deal that makes a mockery of British fair play: Comment by IAN BIRRELL

After a decade writing about the aid industry, I thought I had seen it all with the daft projects, the dismal corruption, the demeaning attitudes, the dreadful waste of money taken from hard-pressed taxpayers.

But this is a first: a ruthless dictator whose vile regime takes vast sums in aid and then spends a fortune sponsoring his favourite football team.

In a decent world, Arsenal would be ashamed to promote Paul Kagame’s Rwanda – although if their fans accept the suggestion of visiting the tiny East African country, they are unlikely to hear dissent from 12 million citizens terrified into submission.

Nor are they likely to see the detention camps, the tortured detainees, the dead journalists or jailed dissidents such as two brave women who dared challenge his rule.

Premier League football cares only about cash and we can only presume Kagame’s £10 million-a-year outbid any rival offers from North Korea, Eritrea or Venezuela. 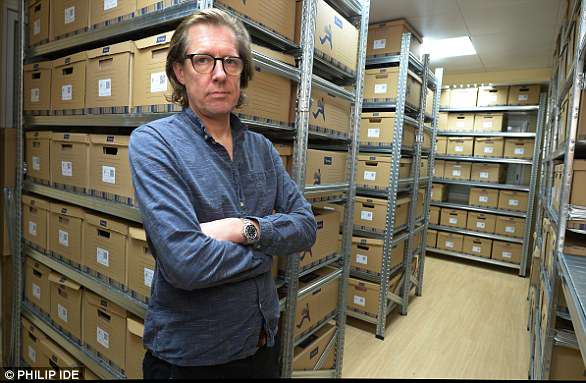 This is a first, says Ian Birrell (pictured): A ruthless dictator whose vile regime takes vast sums in aid and then spends a fortune sponsoring his favourite football team

Yet this seedy shirt sleeve deal – the biggest in Premier League history – stands not only as a symbol of top-flight football’s shameful lack of ethics. It serves also to highlight the utter absurdity of British aid policies.

We are the second biggest bilateral donor to Rwanda, handing over £64 million last year – about twice as much per capita as to other regional countries.

So why is Rwanda lavished with foreign aid and its leader hailed by politicians from across the spectrum? Partly it is lingering guilt over failure to stop genocide in 1994 – but mostly it is their desperate desire to find an aid success story.

Yet Kagame is one of the world’s most ruthless rulers – and he has suckered naive Western politicians and the aid industry into fawning at his feet.

This arrogant man runs a brutal one-party state that has been called an ethnic dictatorship. He holds sham elections, has carried out appalling atrocities and sends hit squads to kill his foes even in foreign countries.

Just two months, ago Kent police warned his former bodyguard, married to a British woman, of ‘imminent’ threat to his life after he published a book on his former boss.

There have been well-founded accusations that Kagame’s government falsified data on child mortality, health and poverty. One British firm withdrew from a key study due to concerns of manipulation.

Yet self-serving British politicians praise Kagame, the aid sector ignores his repression and rivers of aid cash flow into a country under his total control.

Now this repellent despot has responded to their generosity by blowing a reported £30 million on the football team he supports – nearly as much as the UK-backed World Bank just agreed to spend on fighting chronic malnutrition amid his nation’s children.

Perhaps Kagame will fly to London on one of his private jets to admire his Visit Rwanda logo on display. At least Arsenal play in blood-red shirts.