Rwenzori Mountain Treks: All You Need to Know 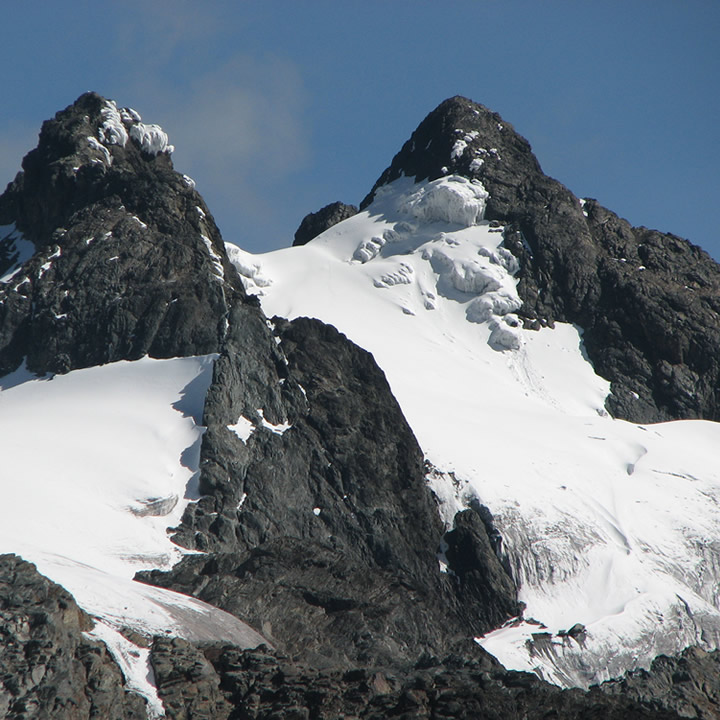 The Ruwenzori, also spelled Rwenzori are a range of mountains in eastern Equatorial Africa, located on the border between Uganda and the Democratic Republic of the Congo (DRC). The highest peak of the Rwenzori mountains reaches 5,109 meters (16,762 ft.) and the range’s upper regions are permanently snow-capped.

Many people believed the Rwenzoris to be the source of the River Nile! There are several rivers fed by mountain streams that form one of the sources of the Nile. Even in the past, many European explorers linked the Ruwenzori with the legendary Mountains of the Moon, claimed by the Greek scholar Ptolemy as the source of the Nile.

Where are the Rwenzori Mountains?

The Rwenzori Mountains are found in western Uganda. They lie at the border of Uganda with the Democratic Republic of Congo. The Ugandan part is protected as Rwenzori National Park while the part in Congo is protected within the Virunga National Park, Africa’s oldest protected area.

There are several Rwenzori treks that will enable you to go hiking within the Mountains of the Moon. For those who would like to capture its highest peak, there are two trails that take you to the Margherita Peak; the Rwenzori Central Circuit Trail and the Kilembe Trail.

The Central Circuit Trail: This challenging, seven-day climb provides a circular tour of the high Rwenzori. From the trailhead at Mihunga, the route ascends the Bujuku Valley via Nyabitaba for acclimatization before reaching the peaks.

Hikers joining the Central Circuit after Bujuku will traverse the Scott Elliot and Freshfield passes to descend through the Mubuku Valley. Climbers can scale the snow peaks though many consider the exceptional scenery ample reward for their exertions.

Kilembe Trail: The recently reopened Kilembe Trail ascends the southern slopes of the Rwenzori from a trailhead at Kilembe near the town of Kasese. The route takes you along the lovely Nyamwamba Valley.

When is the Best time to hike the Rwenzori Mountains?

It’s always good to know which months are suitable for trekking in the Rwenzori mountains. The Margherita peak which is about 5109 meters above sea level can give you an ultimate adventure experience through the mountains. The Rwenzori competes with other mountains of East Africa; Mount. Kilimanjaro & Mount Kenya by presenting a harder climb than the two.

Since the Rwenzori Mountains are located along the Equator, most of its areas are wet compared to other parts in East Africa. The highest rainfall amount is experienced in the Eastern slopes and rains kick start from March to May and from September to mid-December. For excellent tour, you can opt to travel to the park from June to September as most parts remain relatively drier.

This area experiences a temperature range of about 5 to 20 degrees Celsius.

How to get to Mountain Rwenzori National Park?

To get to this park, you need about 5 hours or more to drive from Kampala to Kasese. You can take a car rental; 4 wheel drive safari car or public means although this may not be favorable enough in case you are looking at something comfortable.

The popular routes include Kampala Fort Portal or Kampala- Mbarara Queen Elizabeth or alternatively take a flight from Kajjansi airfield.

Where does the trek start from?

Rwenzori is known primarily for its challenging hiking and climbing possibility which is unique if compared with other East African Mountains. Rwenzori is not Volcanic, but it rises directly from the Rift valley floor.

Its range also supports a diversity of animals including mammals and about 177 bird species, with several being Albertine Rift Endemics. It’s the highest mountain range in Africa, with its Loftiest peaks, Margherita (5,109m) and Alexandra (5083m) on Mount Stanley, which are exceeded in altitude elsewhere in Africa only by Kilimanjaro and Mt. Kenya.

Where to stay in Mount Rwenzori National Park

There are many accommodation options where you can spend a night in this park. Before the hike, there are several hotels and lodges where you will stay;