Ryan Adams, 44, is accused of sexual and emotional abuse by seven women

Famed singer Ryan Adams has been accused of sexual misconduct and emotional abuse by a slew of woman, including his ex-wife actress Mandy Moore.

At least seven women say that the accomplished American solo singer was abusive, offering mentorship and career opportunities for young aspiring female artists in exchange for sex. When they didn’t let him have his way, he allegedly harassed them.

One of the victims claims she was just 14 when the artist sexted her and exposed himself to her via Skype, and said people would compare him R. Kelly if anyone found out about their relationship.

The accounts were published in a bombshell report by the New York Times on Wednesday.

His accusers include Mandy Moore, Phoebe Bridgers, singer-songwriter Courtney Jaye and others.

Singer-Songwriter Ryan Adams, 44, has been accused of emotional abuse and sexual misconduct by at least seven women including his ex-wife Mandy Moore. Pictured above in 2016 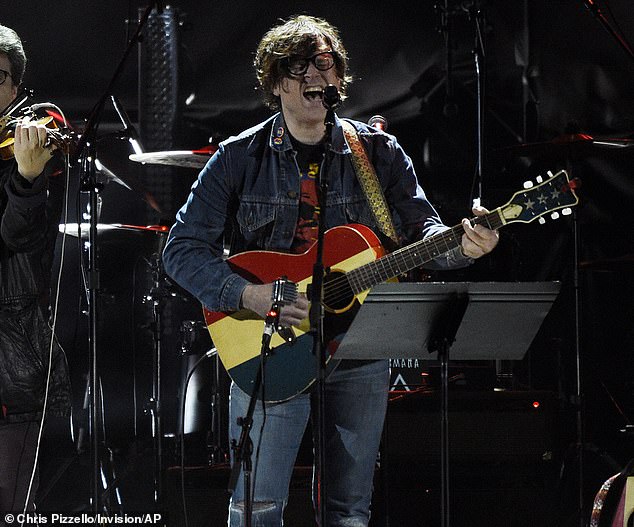 The famed singer is accused of supporting young aspiring female artists and offering them career opportunities in exchange for sex. When they refused, he became vengeful and harassed them. Adams pictured above performing on January 2019 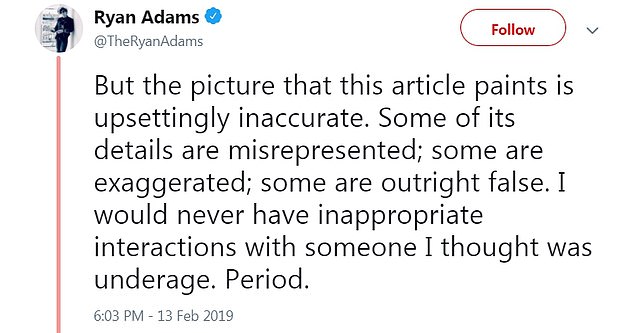 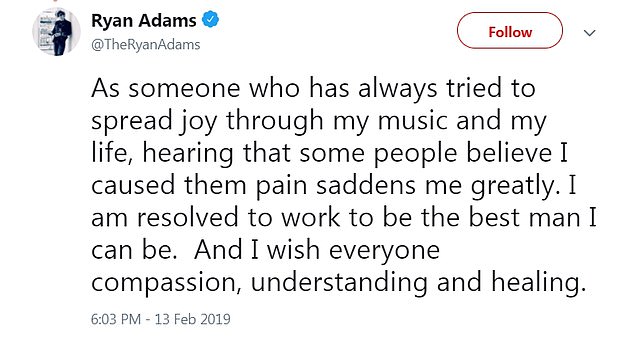 Adams responded to the allegations on Wednesday evening on Twitter writing: ‘To anyone I have ever hurt, however unintentionally, I apologize deeply and unreservedly’

Adams has denied all the allegations as ‘extremely serious and outlandish accusations’.

On Wednesday night he tweeted a reply to the allegations saying: ‘I am not a perfect man and I have made many mistakes. To anyone I have ever hurt, however unintentionally, I apologize deeply and unreservedly.’

He said ‘the picture that [the Times] article paints is upsettingly inaccurate’.

‘Some of its details are misrepresented; some are exaggerated; some are outright false. I would never have inappropriate interactions with someone I thought was underage. Period.’ he added.

Adams, who has published 16 albums and won 7 Grammy nominations, is famous for supporting young female artists, often sharing their pages and music on social media.

But, according to victims and his co-workers, he appeared to have an ulterior motive with the artists he took under his wing.

‘In interviews, seven women and more than a dozen associates described a pattern of manipulative behavior in which Adams dangled career opportunities while simultaneously pursuing female artists for sex,’ the report says.

If the women didn’t give in to his sexual demands he would ‘jerk away his offers of support’ and become vengeful, emotionally and verbally abusive, and harass them with a barrage of text messages and and threaten suicide if they didn’t reply.

Perhaps one of the most alarming accounts against Adams involves him sexting a fan named Ava, who was a 14-year-old bass player trying to break into the music industry.

Ava, now 20, is only being identified by her middle name as she was a minor during the relationship.

The two began talking in 2013 and their conversations about music turned into sexting. Ava said they had video calls on Skype where Adams exposed himself during phone sex, the report said. 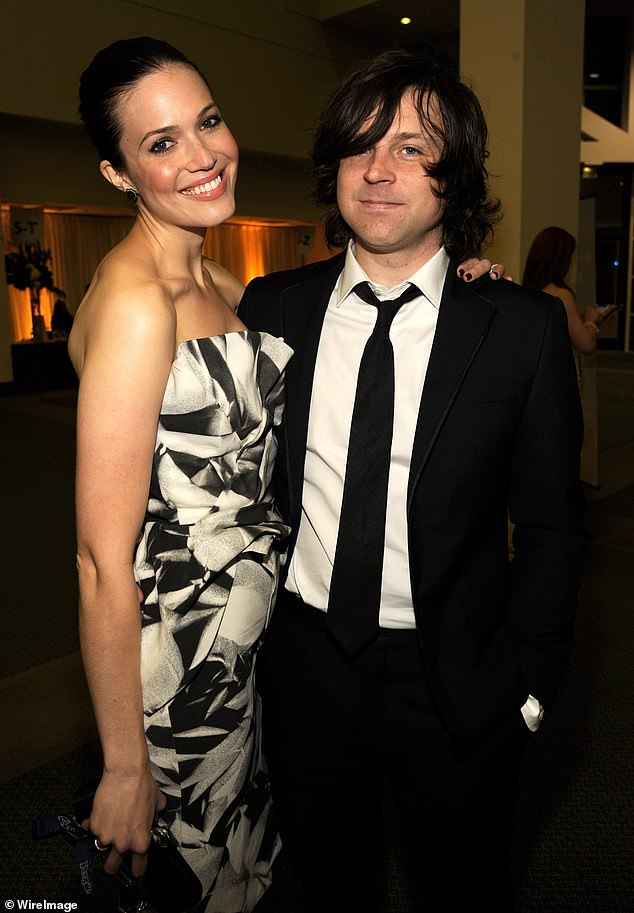 His ex-wife actress and singer Mandy Moore is among his accusers and says his ‘controlling behavior’ blocked her from growing in the music industry. The two were married for seven years

‘I was really alone and he was really friendly and cool,’ Ava said to the Times.

The Times reviewed 3,217 text messages exchanged between Adams and Ava over a nine-month period when she was 15 and 16.

Adams repeatedly asked about her age. Though he at times believed she was older than she really was, he said things like ‘I would get in trouble if someone knew we talked like this,’ as per a message sent in November 2014.

In another message sent when he was 40 and she was 16 he wrote: ‘I never see pics of you anymore. You were blowing my mind.’  She added that he had pet names for her body parts.

Adams oftened panicked about anyone finding out about their relationship.

‘If people knew they would say I was like R Kelley lol,’ he said in one message.

Ava revealed on one occasion they agreed to video chat and when they connected via Sykpe video call, he was already naked.

‘It was just sexual power,’ she said.

When their relationship began to falter, Adams proposed they record together.

Ava said that the idea of being baited with sex for a career jump ‘just totally put me off to the whole idea’. With that she ended her bassist career.

Adams’ lawyers have denied such exchanges.

‘Mr. Adams unequivocally denies that he ever engaged in inappropriate online sexual communications with someone he knew was underage,’ the singer’s lawyer Andrew B. Brettler said on his interactions with Ava. 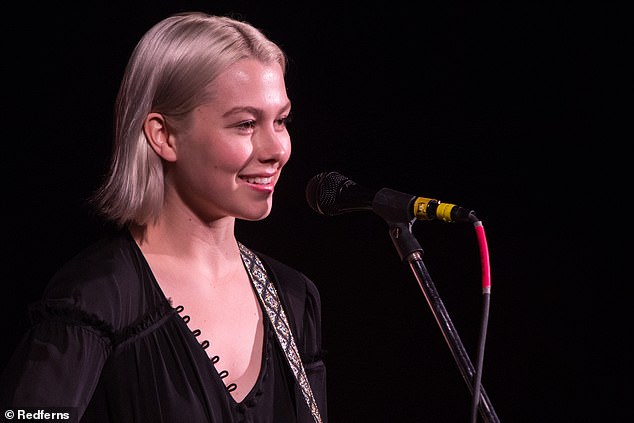 Mandy Moore, who was married to Adams for seven years, said that Adams exerted his musical stance and power over her from a young age.

In 2010 he offered to work on her next album. When she eventually parted ways with her music manager and Adams encouraged her to not seek another manager to take over, giving him full control over her musical career.

Moore says that he was psychologically abusive and would lord his accomplishments over her.

‘He would always tell me, You’re not a real musician, because you don’t play an instrument,’ Moore recalled.

‘His controlling behavior essentially did block my ability to make new connections in the industry during a very pivotal and potentially lucrative time — my entire mid-to-late 20s,’ she said.

She released her sixth LP before they married in 2009 and hasn’t released another album since. They finally divorced in 2016.

Only recently did Moore and several other victims realize their common past with Adams.

‘What you experience with him — the treatment, the destructive, manic sort of back and forth behavior — feels so exclusive. You feel like there’s no way other people have been treated like this,’ Moore said.

Now they’re banding together and speaking out to prevent Adams from having other victims.

‘I want to make music. I’m not going to let Ryan stop me,’ the This Is Us actress said. 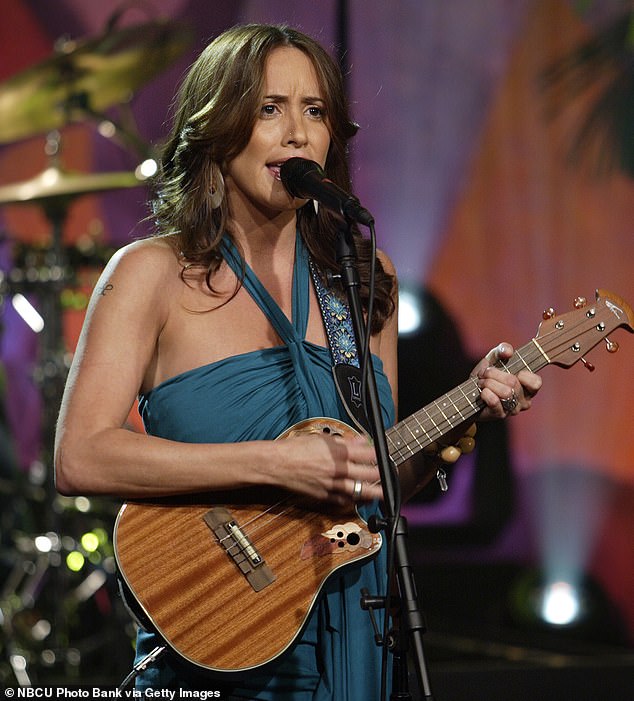 Singer Courtney Jaye was 35 and unsigned when Adams direct messaged her on Twitter in 2013 asking to collaborate on some music. They met to write music but the session turned sexual, leaving her feeling taken advantage of

Musician Phoebe Bridgers said she was 20 when Adams invited her to the Pax-Am studio in Los Angeles in the fall of 2014 and she speedily agreed.

‘There was a mythology around him. It seemed like he had the power to propel people forward,’ she said.

He listened to her perform, compared her to Bob Dylan, gifted her an expensive vintage guitar and said to return the following day so they could return together.

They started to work together then fell into a ‘whirlwind romance’ with the promise that he’d release her music with his label – a dream start for any rising artist’s career.

Bridgers said Adams discussed marriage less than a week into their relationship and wanted her to open for him on his European tour that was opening in a few weeks.

Speaking to Bridgers’ mother, Adams said it was a ‘once in a lifetime opportunity’ that she had someone like him looking out for her.

Bridgers said he quickly turned obsessive and emotionally abusive, bombarding her with text messages, demanding to know where she was.

He’d ask her to drop whatever she was doing to have phone sex with him and threatened suicide if she didn’t immediately pick up the phone.

Bridgers broke up with him and he rescinded his offer for her to open for him on his tour and avoided talking about releasing the music they recorded together.

Eventually three of her singles were released by Pax-Am in April 2015, skyrocketing her to fame. Adams received all the praise for bringing her into the spotlight. 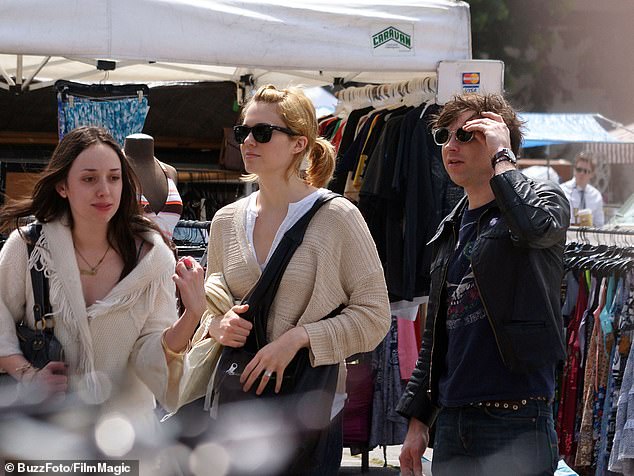 Mandy Moore and Ryan Adams pictured together in March 29, 2009, the same year they tied the knot

Adams has been known to be belittling to his ex-wife Mandy Moore. in October 2018 he said she was the ‘spiritual equivalent of a soffy piece of cardboard’

He followed up saying: ‘She didn’t like the Melvins or BladeRunner. Doomed from the start…If Only i could remember the start lol’

Singer Courtney Jaye describes him as ‘Hurricane Ryan’ for how quickly he made a move and evolved into a nightmarish relationship.

Jaye was 35 and unsigned when Adams direct messaged her on Twitter in 2013 asking to collaborate on some music.  Adams even offered to produce her next album.

When they met, the song-writing session turned sexual despite her attempts to deflect his comments on her appearance and hitting on her.

Although they didn’t sleep with each other they ended up in the same bed together. Jaye felt taken advantage of and called Adams the next day to express her feelings.

They talked for a while afterwards but never recorded music together.

Adams’ lawyer refuted the account saying the two ‘never had a writing session where they ended up in bed’ and denied the phone call.

For Jaye, the experience was nearly enough to end her career.

‘Something changed in me that year. It made me just not want to make music,’ she said.

Two other female singer-songwriters, who wanted to be anonymous for fear of retribution, said Adams pulled the same stints with them.

He raved about their music and offered tour opportunities while pursuing a romantic relationship. Then he harassed them with text messages and threatened retaliation when they didn’t want to continue dating him.

Adams has been known to be belittling to his ex-wife Mandy Moore. He sparked outrage in October when he took to social media to attack her and claim he didn’t remember their wedding day.

In an interview with Glamour, Moore said she felt ‘spiritually and fundamentally stuck’ during their marriage. He responded by tweeting in October 2018: ‘Sometimes you get stuck to the spiritual equivalent of a soggy piece of cardboard.’

He followed up saying: ‘She didn’t like the Melvins or BladeRunner. Doomed from the start…If Only i could remember the start lol.’

Then in a since-deleted tweet h e claimed he didn’t remember their wedding.

‘When someone told me we got married I thought they were joking. Then I realized how many painkillers I was taking. Honestly there weren’t enough to numb the shock. Gollygooops.’