Why I gave up my job and sold my house to buy a Tesla: Melbourne man whose electric car videos caught the attention of Elon Musk has no regrets

A former retail worker who quit his job and sold his house to buy a Telsa has no regrets about his risky but lifechanging decision.

Melbourne man Ryan Cowan and his partner Paige wanted to ‘shake things up’ after spending the Covid pandemic in the Victorian capital.

The city endured the world’s longest lockdown after living through more than 230 days of stay-at-home orders.

In February 2021, Mr Cowan, 32, quit his job and sold his house before moving to the coast to buy a block of land.

Three months later, the couple bought their first electric car, a Telsla Model 3 and made a $4,500 profit when they recently upgraded to a Model Y.

They also rented a Model X for a week.

Almost two years on, Mr Cowan estimates he’s racked up a combined 20,000kms in his EVs and now earns a living in his ‘dream job’  spruiking the benefits of electric vehicles.

He spends his days creating videos of his electric car for YouTube and social media, which attracted more than 100,000 followers and caught the attention of Elon Musk, the world’s richest man.

Mr Cowan still can’t believe how a decision made on a whim to buy his dream car changed his life.

‘From an investment standpoint it definitely wouldn’t be the right decision, but we had a very different mentality. We were just wanting to take risks,’ he told ABC Melbourne.

Mr Cowan has more than 100,000 followers combined on his TikTok and YouTube platforms.

An 18- second clip demonstrating his old EV’s automatic moving doors was reposted by both Mr Musk and Tesla on Twitter in July.

‘[My] following increased exponentially from that point on, and now I’ve got a whole bunch of clients,’ he said. 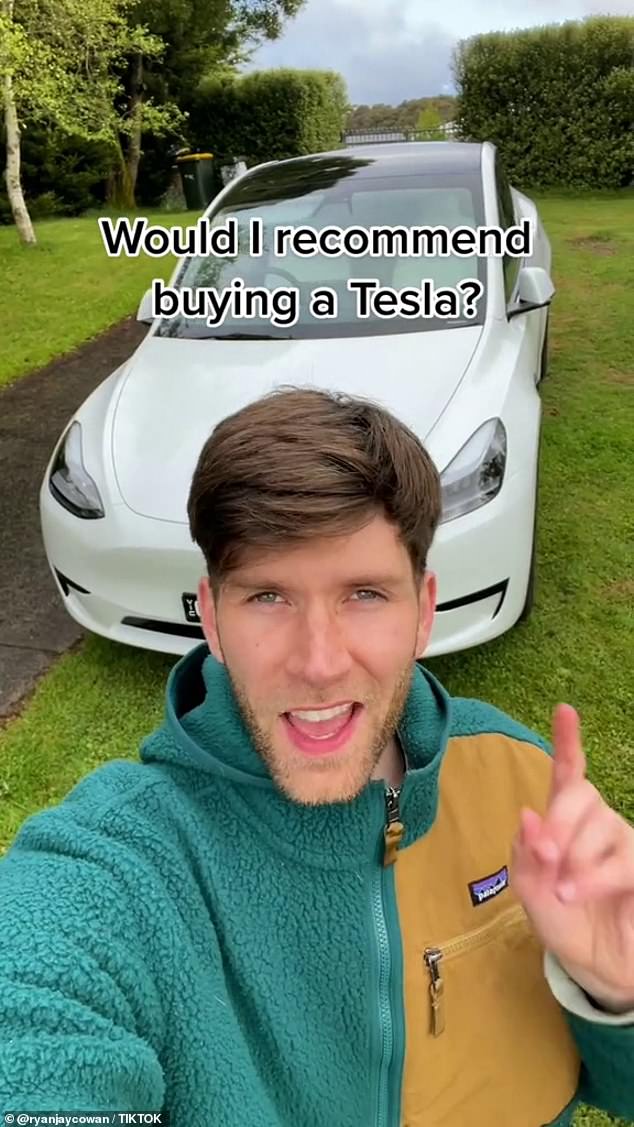 Ryan Cowan has racked up 20,000kms since his decision to go electric 18 months ago 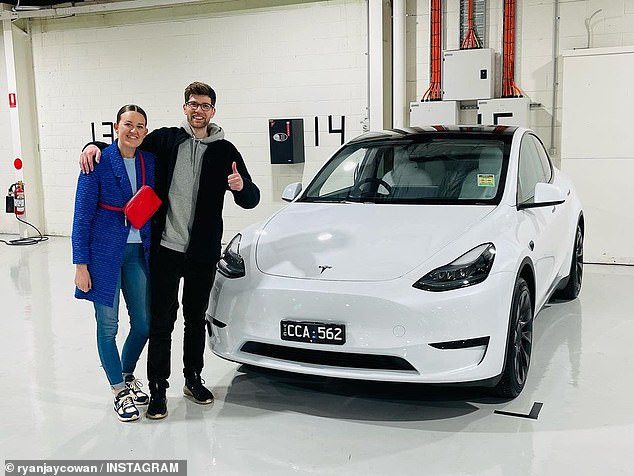 Mr Cowan estimates he’s convinced 1,000 drivers to become EV owners and can make up to $1,200 a month in YouTube ad revenue alone.

‘I get messages every day from people saying, “I’ve got an electric car because of you”, which absolutely fills my cup and pushes me to keep doing what I’m doing,’ he said.

His videos also share some of the cons of having a EV, including when a power  blackout occurs.

Mr Cowan predicts a ‘rapid growth’ in electric vehicles in the next few years and recently uploaded a video of the five things aspiring owners need to know about EVs.

The first was that there’s no stop-start button, which mean motorists just get in and drive.

The second was any power point at home can be used to charge an EV. The third was that electric vehicles are completely silent when in motion. 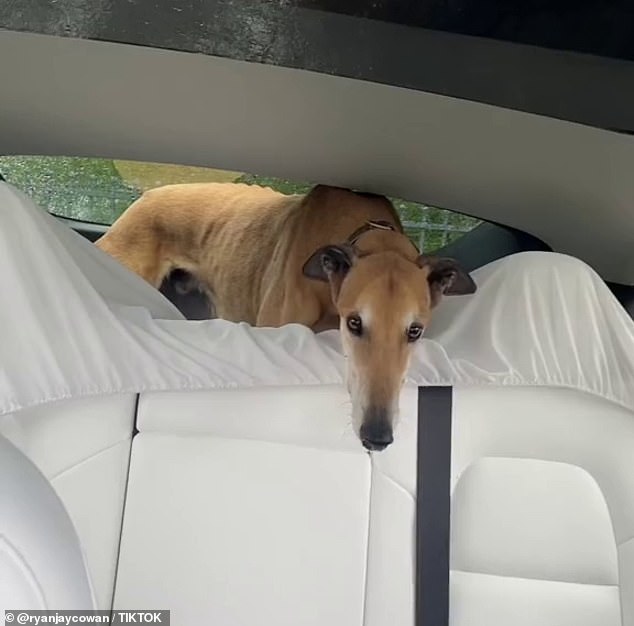