The shattered girlfriend of TV personality Ryan Phelan says the impact of his sacking from Channel 7 last week led to the argument that saw her report him to police.

Chelsea Franklin broke down in tears as she told how Phelan’s alleged assault of her on Saturday night was a ‘horrible mistake’, but admitted she ‘still loves him’.

Phelan, 45, was charged with assault by NSW Police on Monday night, while an AVO has also been taken out against him by police on behalf of Ms Franklin.

Ms Franklin, 44, said two of the couple’s daughters – both from previous relationships – were inside the Frenchs Forest home they owned at the time of the alleged assault.

The incident came just days after Phelan was made redundant from his job as host of Channel 7’s afternoon show The Daily Edition, and Ms Franklin confirmed it had been a ‘tough week’.

The dance teacher told Daily Mail Australia she filed a complaint with NSW Police at Frenchs Forest on Saturday at the insistence of her teenage daughter, who went to the police station with her. 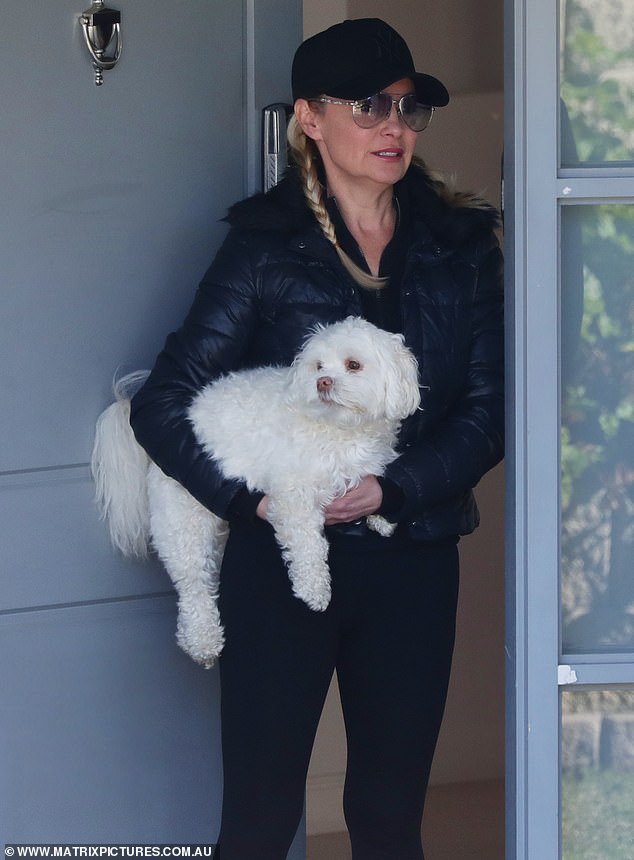 Ms Franklin, 44, clutched her dog as she told Daily Mail Australia: ‘Obviously with what’s going on with him being made redundant (from The Daily Edition on Channel Seven)… I think it just took its toll’ 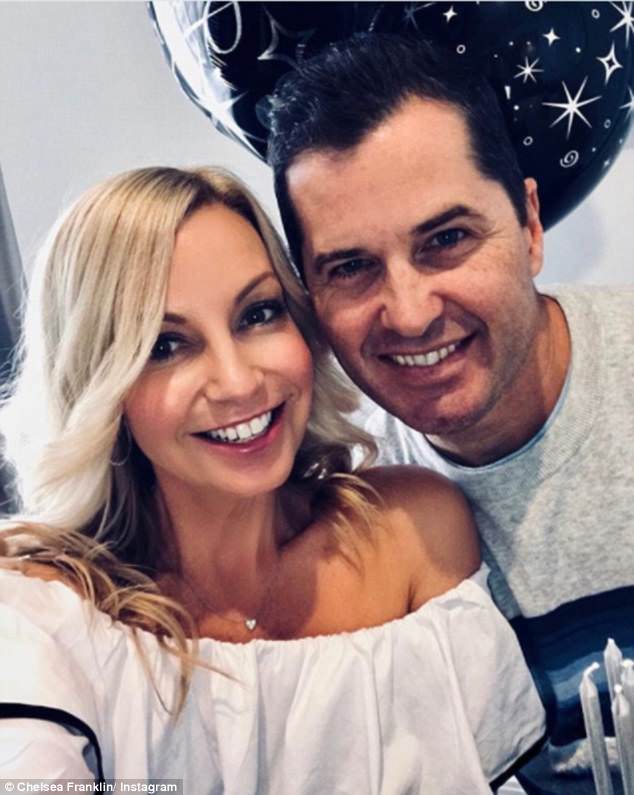 Phelan, 45, allegedly assaulted Ms Franklin on Saturday night inside their $2.16 million home in Frenchs Forest, in Sydney’s north. The dance teacher made a report on Saturday, but her TV star boyfriend was not arrested and charged by NSW Police until Monday evening

Ms Franklin said she had some brief communication with him over email on Sunday but did not know where he was living.

She is emotionally upset but physically OK and repeatedly said she hoped they could work through their issues, but admitted she ‘did not know’ if Phelan felt the same.

‘We had some emails yesterday. I don’t know if it (the relationship) is salvageable right now but I’m sure he still loves me and it was just a horrible mistake.

‘I worry about him more than anything, I’m devastated. I didn’t want any of this to happen, I wanted it to be a private matter.

‘I haven’t slept all night. I wake up and I feel worse for him.’

Neighbours in the street said they had seen police cars at Phelan and Ms Franklin’s residence twice in recent days, but had never heard any kind of disturbance. 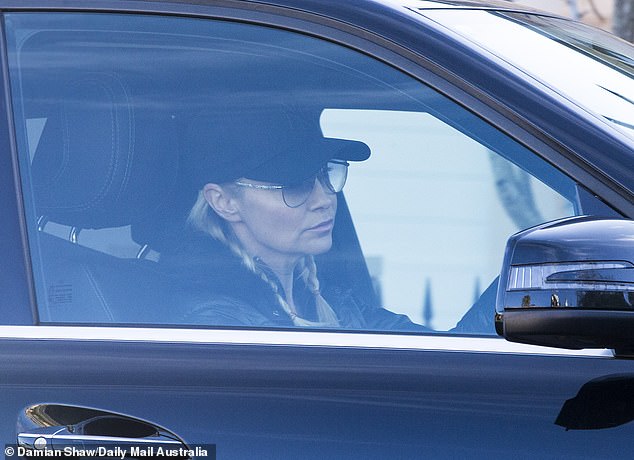 Ms Franklin (pictured) left the home she and Phelan shared in a black Mercedes-Benz SUV on Tuesday morning, before returning a few hours later 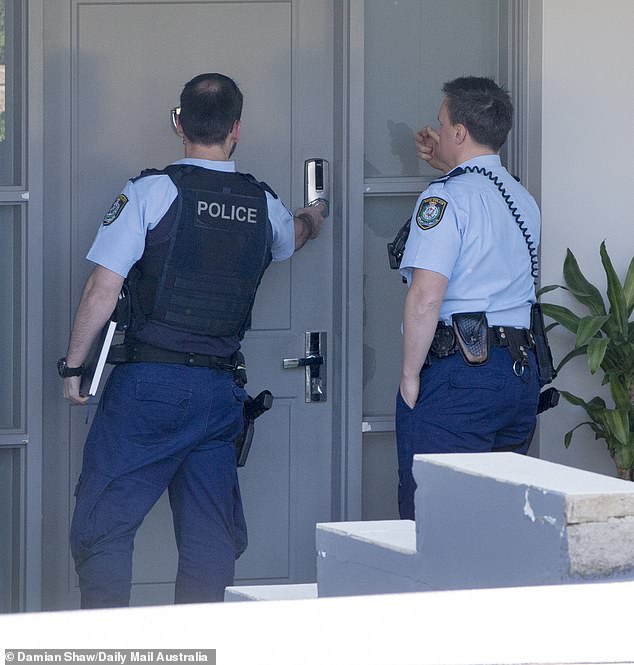 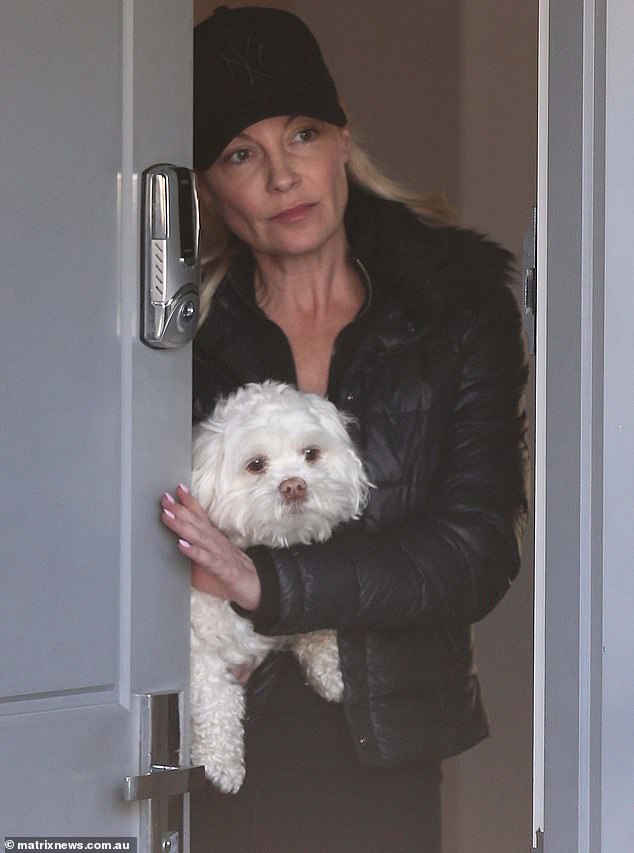 After an emotional few days, Ms Franklin ditched the sunglasses and could manage a smile by Tuesday afternoon 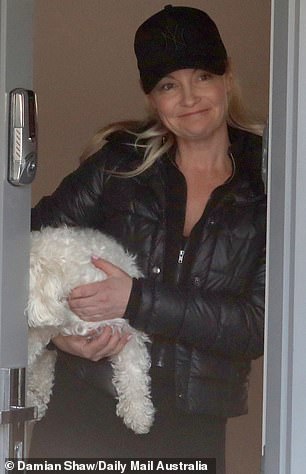 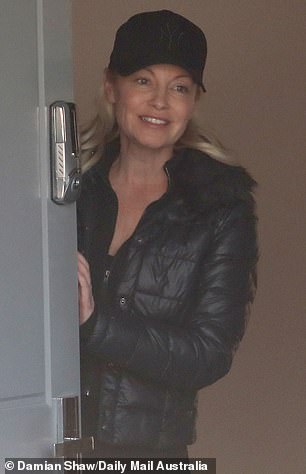 Neighbours in the street said they had seen police cars at Phelan and Ms Franklin’s residence twice in recent days, but had never heard any kind of disturbance 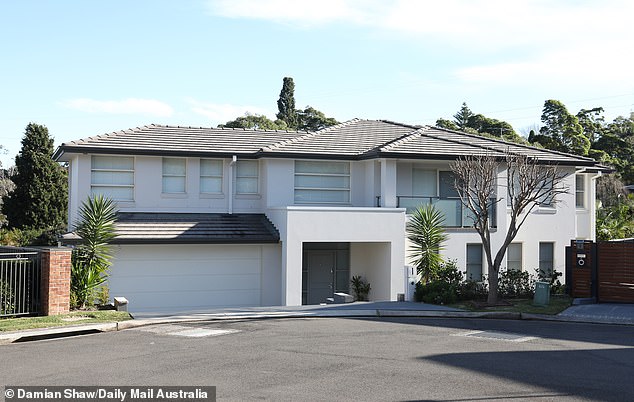 Pictured: The $2.16million home Phelan and Franklin bought together in Frenchs Forest 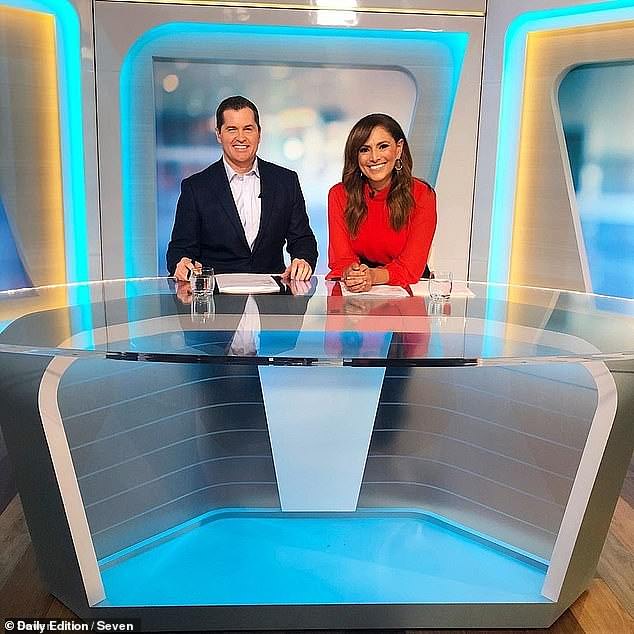 Channel 7 program The Daily Edition, which Phelan (left) hosted with Sally Obermeder, was last week axed by the network

Incredibly, Phelan’s bosses at Channel Seven reportedly had no idea an incident had occurred until after he worked on both The Daily Edition and 6pm news on Monday.

Sunrise news reader Natalie Barr said on-air on Tuesday morning that Phelan – whose final day at the network was due to be Friday – would not be returning to TV screens.

‘Ryan Phelan won’t be returning to Seven,’ she said. ‘The network was unaware of the incident until notified last night.’

Channel Seven sources told The Sydney Morning Herald he had gone about his job as ‘usual’ on Monday, even agreeing to fill in for sports reader Mel McLaughlin on the nightly news.

Phelan’s The Daily Edition co-host Sally Obermeder addressed the incident from the outset of Tuesday’s show, admitting she had been ‘shocked’ by the allegations.

‘Before we go on, I want to address Ryan Phelan’s absense from the program,’ she said.

‘Ryan will not be returning to The Daily Edition due to the serious allegations made against him.

‘The Network was unaware of these allegations until notified last night.

‘We were all understandably shocked by the allegations, but as the matter is now before the courts we will not be commenting further.’ 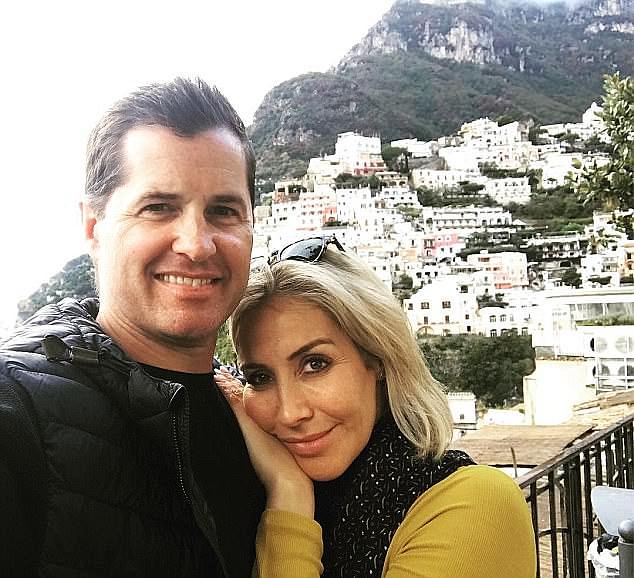 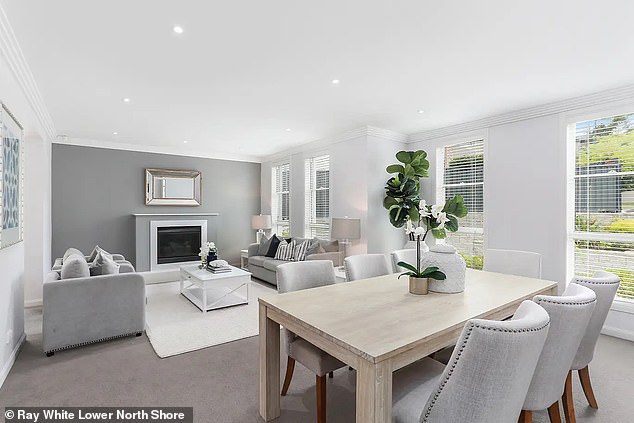 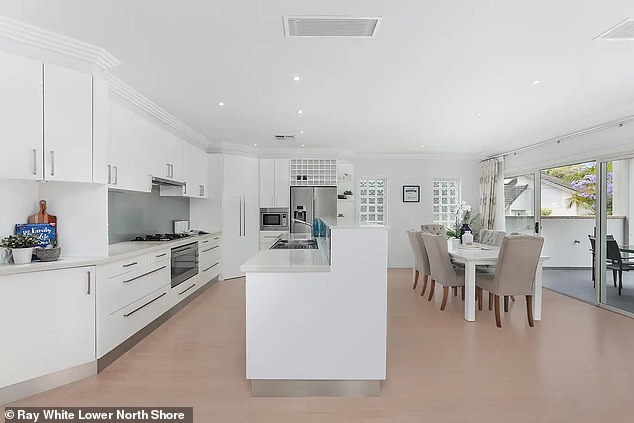 The pair spent $2.16 million on the home (kitchen pictured) after being outbid for several other properties

Samantha told Daily Mail Australia she was blindsided by her separation from Phelan, but feels like she ‘dodged a bullet’ in hindsight.

‘I went to a very dark place after Ryan ended our relationship,’ she said.

‘While I never spoke publicly about what happened, I will say I am thankful to have dodged a bullet.’

She said she was constantly made to feel as though she had dragged Phelan’s reputation down, but ignored potential red flags because she ‘fell for his charm.’

‘I wanted to believe the dream could come true,’ she said. ‘It was intense and emotional, driven by Ryan.’

Samantha refused to comment on the details of her relationship with Phelan, but said any form of domestic violence is a ‘low, low act’.

‘It was constantly pointed out that I was bad for his image… I could have ruined his TV career because of my legal profession… it was highly ironic.’

But she credited the distressing break-up with helping her turn her life around.

‘Like any rock bottom, it was a turning point for me. I got sober soon after, and started to regain my self-confidence,’ she said.

‘Nothing is stronger than a woman who has rebuilt herself.’

Following her separation from Phelan, Samantha returned to her career in the sex industry, but now works primarily as a companion, which she ‘finds more empowering’ than most of her past relationships.

In a statement, NSW Police said: ‘On Saturday 20 June 2020 a 44-year-old woman attended Frenchs Forest Police station to report an alleged domestic violence incident that occurred at her home in Frenchs Forest.’

Phelan is due to face Manly Local Court on Tuesday, June 30.