The stolen teddy bear Ryan Reynolds offered a $5,000 reward for has been found and safely returned.

Mara Soriano, 28, was the toy’s owner and had a voice recording of her late mother saved onto the Build-A-Bear product.

She tweeted a picture of herself with the returned teddy bear this Wednesday and wrote: ‘BREAK OUT THE @AviationGin, @VancityReynolds!!! MAMABEAR IS HOME!!! #FOUNDMARASBEAR.’

‘In happier news…’: The stolen teddy bear Ryan Reynolds offered a $5,000 reward for has been found and safely returned

Ryan, who is from Vancouver, quoted Mara’s tweet and wrote: ‘In happier news… thank you everyone who searched high and low. To the person who took the bear, thanks for keeping it safe. Vancouver is awesome. #FoundMarasBear.’

Mara had placed the bear in a backpack, which was briefly left by the side of a road in Vancouver on Friday, as she was moving house and unloading a U-Haul.

The Build-A-Bear contains an audio recording from her mother, Marilyn Soriano, who died of cancer in June 2019 at age 53. 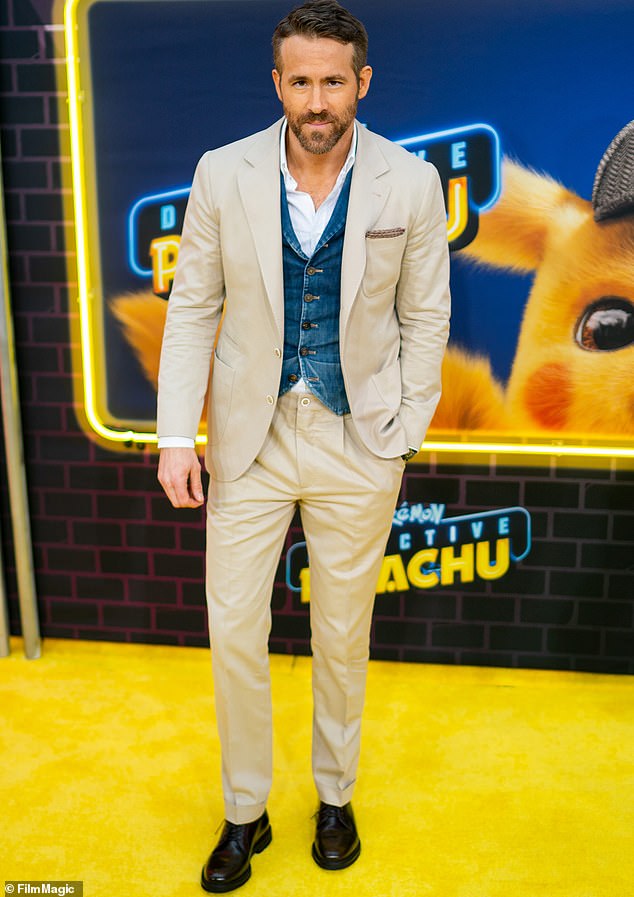 Hometown pride: Ryan, who is pictured at the premiere of his film Pokemon: Detective Pikachu last year, is from Vancouver 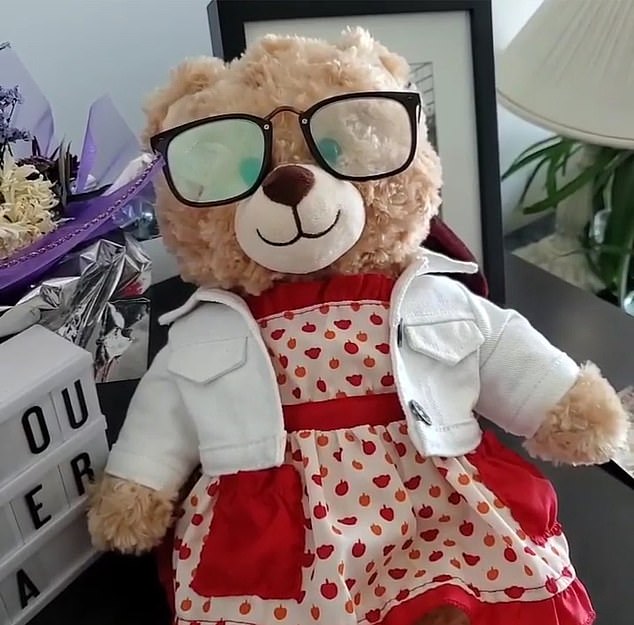 Mara Soriano had appealed for the safe return of her teddy bear, stolen in Vancouver on Friday

‘That bear is the last memory I have of her speaking in her normal voice,’ Soriano told CBC.

Once she went in to the hospice, Soriano said, her voice changed and became softer, less familiar.

‘She said that she loved me and she was proud of me and that she’ll always be with me.’

While Soriano and her fiancé were unloading their U-Haul, she got a call from a friend who was biking over to help them, who said he had been hit by a work van a short distance away.

Soriano immediately put down the backpack containing the bear, a book of blank checks, her citizenship card, her and her fiance’s passports and social insurance cards, plus an iPad and a Nintendo Switch.

She leaned the backpack against the U-Haul.

Soriano then drove over to her friend, in a different vehicle, to take him back to his home. 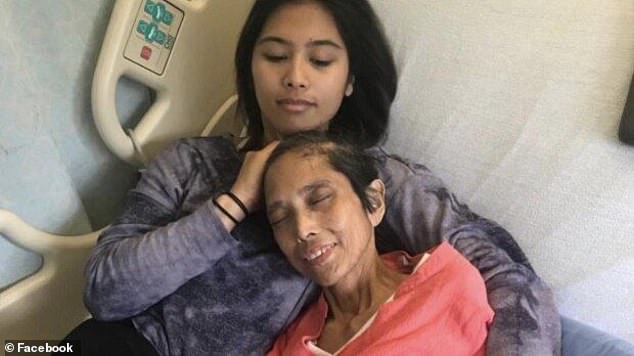 But in her ‘frazzled state’ she said she forgot to tell her fiancé that the backpack was still in the road.

After being unattended for just a few minutes, she said, it went missing.

Soriano said after looking through all their boxes and calling U-Haul to see if it was left in the van, she asked her building concierge to check the security footage.

‘Lo and behold on the security footage, this guy was seen looking around, making sure nobody was looking first,’ she told the broadcaster.

‘And he just took the bag and ran.’

She said the concierge wouldn’t let her have the footage or take photos of the screen without the building manager’s permission and the manager won’t be able to do that until Monday. 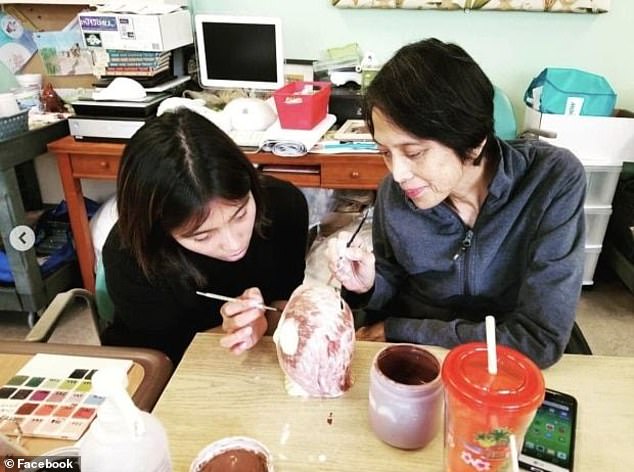 Soriano and her mom moved to Canada from the Philippines; the message is in their language

Soriano said she has filed a police report and is asking anyone who has it or sees it to bring it back.

Ryan Reynolds has now offered a $5,000 reward on Twitter for the bear’s return.

Soriano said she was ‘overwhelmed’ with gratitude for the search.

‘I am overwhelmed by Vancouver coming together right now. Thank you for giving me hope, Vancity,’ she said, referring to Reynolds by his Twitter name.

‘It was just absolutely crushing to me that that was the one thing that was stolen from us,’ Soriano said.

Soriano, who was born in the Philippines, moved to Toronto when she was nine. She moved to Vancouver five years ago.

‘It’s a reminder of home,’ she said. ‘The bear has a message in it in Filipino. It says “I love you,” but in our language.

‘I just really want to find my bear. That’s all that I care about.’