Ryan Seacrest and his much-younger girlfriend Aubrey Paige Petcosky are showing no signs of slowing down their romance, after first being linked over Memorial Day weekend last year.

In exclusive pictures of the pair, American Idol host Ryan, 47, was seen packing on the PDA with the 24-year-old influencer model, as they enjoyed a romantic lunch out in Ibiza, Spain earlier this week on Monday.

The couple appear to be enjoying a dreamy romantic getaway together, as he takes time out of his hectic schedule, which also includes hosting the show LIVE with Kelly and Ryan.

Certainly not shy about hiding their love for one another, at one point Aubrey was seen pressing Ryan’s hand against her face.

Still going strong! Ryan Seacrest, 47, and his influencer girlfriend Aubrey Paige Petcosky, 24, pack on the PDA during a lunch outing in Ibiza, Spain earlier this week on Monday

The loved-up pair were the picture of vacation goals as they dined out on Spanish cuisine and enjoyed a few glasses of wine.

Ryan, who has his work cut out for him hosting a number of TV shows, looked relaxed in a crisp white shirt and grey fedora hat. 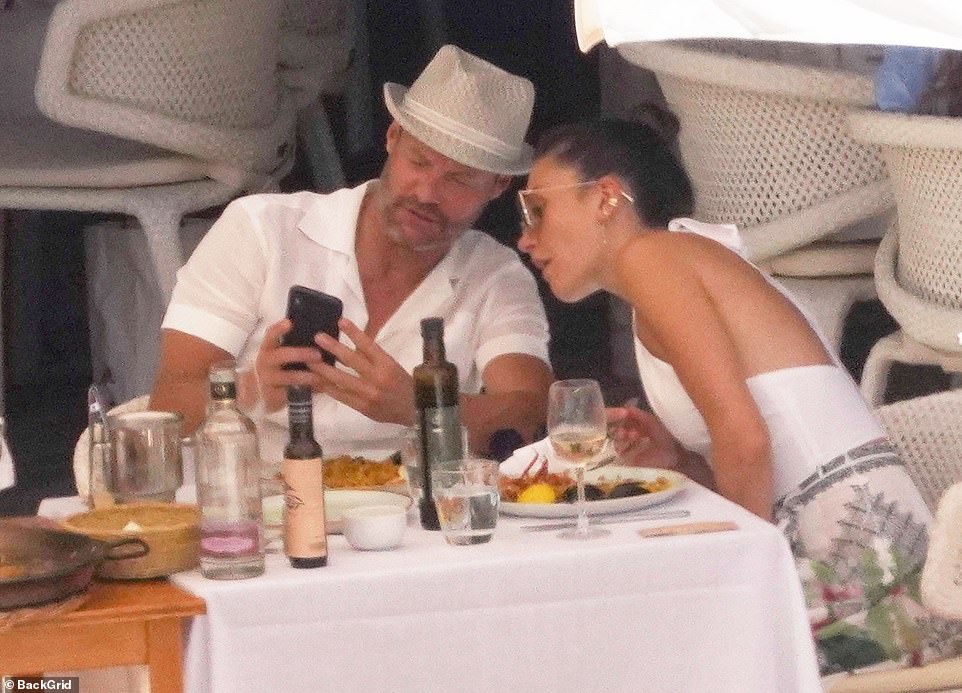 Look, we’re trending! The loved-up pair were seen looking at Ryan’s phone as they enjoyed Spanish cuisine while dining out 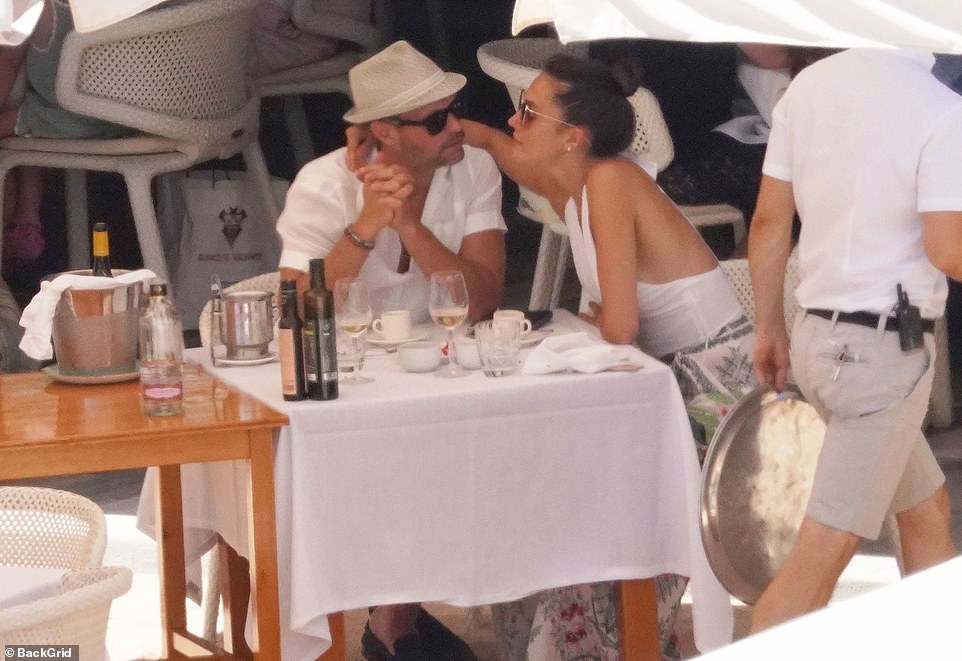 Cheers! Ryan and his much younger girlfriend enjoyed a bottle of white wine while out at lunch together 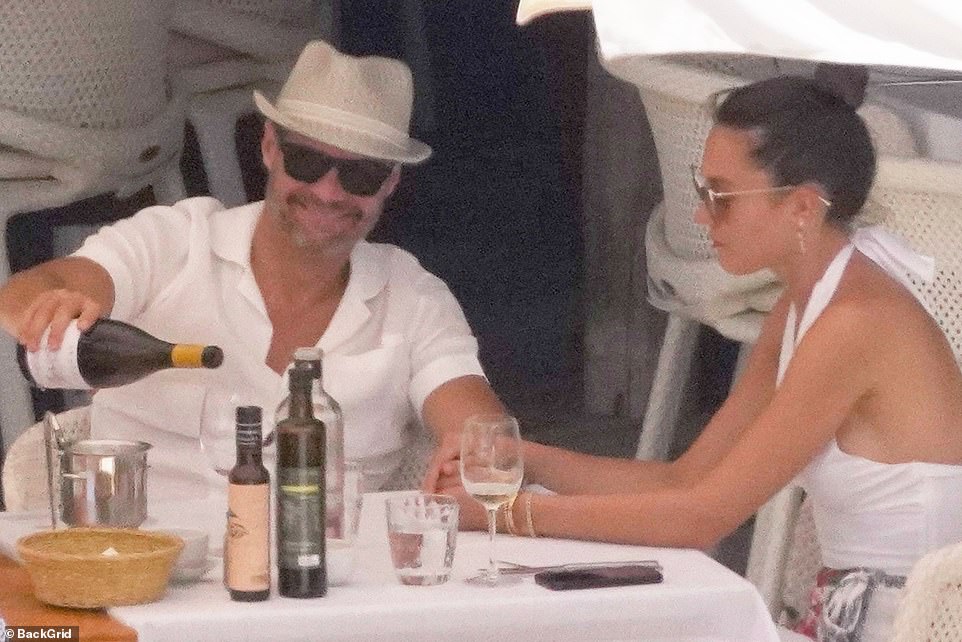 Letting his hair down: Ryan looked happy as he topped himself up on wine while holding his girlfriend’s hand

Despite the 23-year-age-gap, Ryan and Aubrey the pair appear to be getting on famously, as she has posted a number of gushing tributes to the veteran media personality on her Instagram.

Last month, Aubrey posted a couple shot of herself with Ryan where she alluded to age gap writing, ‘Finer than wine.’

On New Year’s Eve 2021, she gushed over another couple picture: ‘Safe to say the best part of 2021 was meeting the most incredible man. Wishing everyone love, happiness, safety & health in 2022’

The new romance came a year after the TV host called it quits with Shayna Taylor, 30, after he was spotted with a mystery blonde in Cabo San Lucas, Mexico. 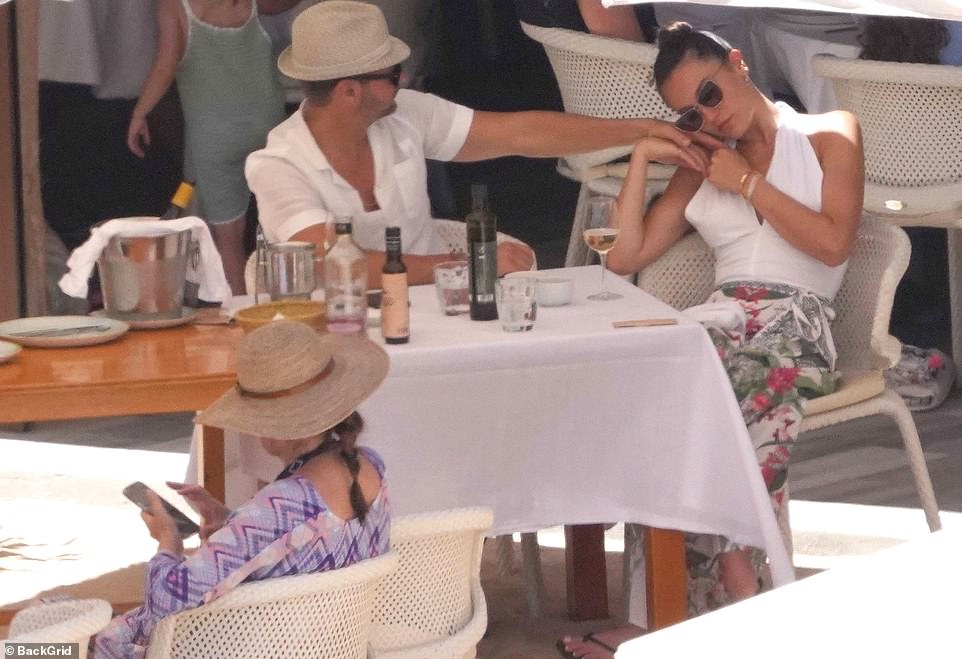 Touchy feely: The pair packed on the PDA while out at lunch, as Aubrey pressed Ryan’s hand against her face 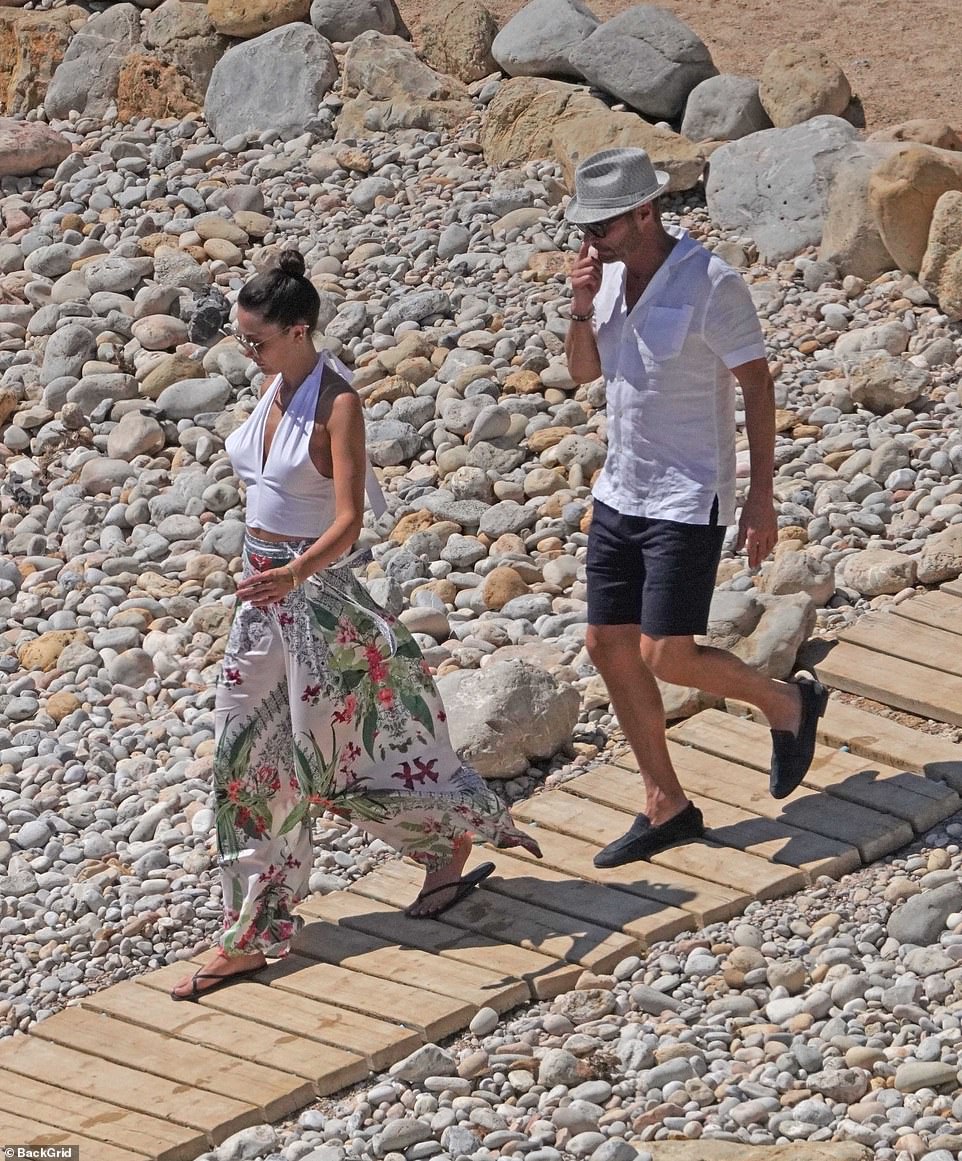 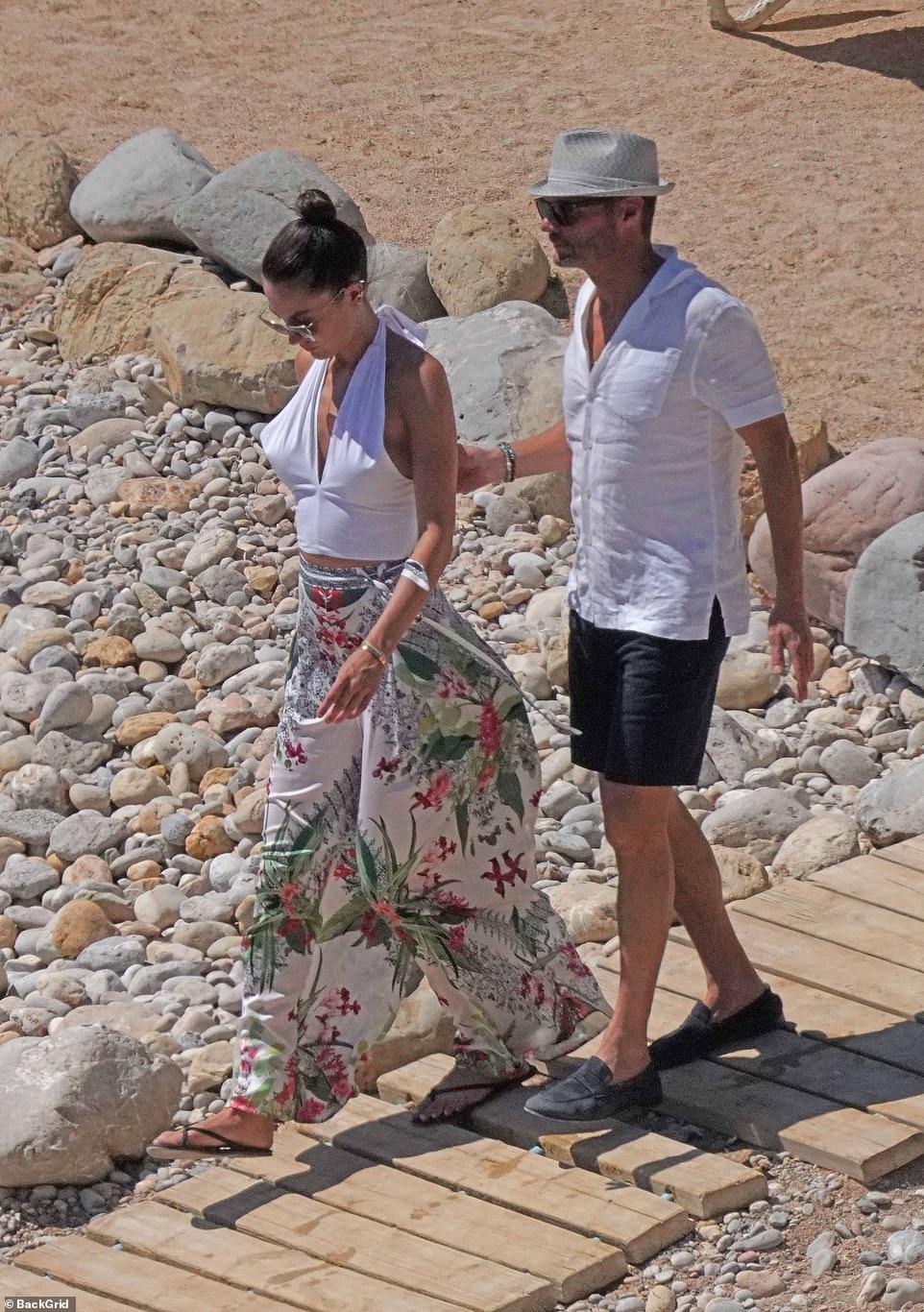 What a gent: Ryan was seen guiding Aubrey along a pathway to get into a boat after lunch

‘Ryan and Shayna decided to end their romantic relationship amicably some time ago,’ a spokesperson for Seacrest told DailyMail.com at the time last year.

‘They remain good friends, each other’s biggest supporters and will always cherish their time together as a couple.’

He was then spotted with Aubrey over Memorial Day Weekend last year, though it was suggested that they had been an item since as early as February last year.

While Ryan himself remains fiercely private about his love life, an insider told UsWeekly last week that Aubrey is the real deal.

‘Ryan is increasingly confident he and Aubrey have what it takes for the long term,’ a source told the outlet.

‘He’s trying not to get too far ahead of himself, it’s still relatively early days after all, but the fact he was willing to go red carpet official was a big step.’

‘At some point in the not to distant future, he wants to settle down and start a family,’ the source added.

‘He wouldn’t be dating anyone who didn’t have that long term potential.’