Suzie Hardy (pictured) has written a column for The Hollywood Reporter, detailing why she decided to speak publicly about the years Ryan Seacrest sexually harassed her

The former stylist who accused Ryan Seacrest of sexual harassment has detailed why she decided to speak out against the star in a new column for The Hollywood Reporter on Thursday.

In the column, Suzie Hardy also revealed that she’s been disappointed with the way Seacrest has not been held accountable for his inappropriate behavior, revealing that she recently filed a police report to insure he is properly investigated.

‘Those who work with Ryan seem to hope I will just go away. Well, I’m not going away. I’m thriving in the truth and feel more inspired than ever,’ Hardy writes.

In previous interviews, Hardy said she was the target of multiple unwanted sexual encounters from Seacrest when she worked as his personal stylist between 2007 and 2012.

This included Seacrest rubbing ‘his erect penis against her while clad only in his underwear, groping her vagina, and …slapping her buttock so hard that it left it a large welt still visible hours later’.

Hardy says she complained about Seacrest’s behavior to her boyfriend and other close friends at the time, but ultimately decided not to complain.

But because Seacrest acted this way in front of others, she was ultimately called into E! HR in 2012, where she was asked if she was having a romantic relationship with her boss.

During this meeting, Hardy says she told her story, but soon after was let go.

When the #MeToo movement started happening this fall, she said she became empowered to address the harassment, sending Seacrest and E! a private letter complaining about her treatment.

What she got in return was parent company NBC conducting an ‘incomplete investigation’ which found her claims ‘inconclusive,’ and Seacrest trying to get ahead of the story by writing a column of his own for THR, claiming to be the victim of a false harassment complaint.

It was when Seacrest went public with the story that Hardy decided to speak out.

‘I finally said “enough is enough” and went public with my name and the ugly details of what I had endured,’ Hardy said.

This was right before the Oscars, which led to many actors and actresses stiffing Seacrest for interviews on the red carpet. But since then, his career has continued like nothing happened, which has left Hardy mystified and angered. 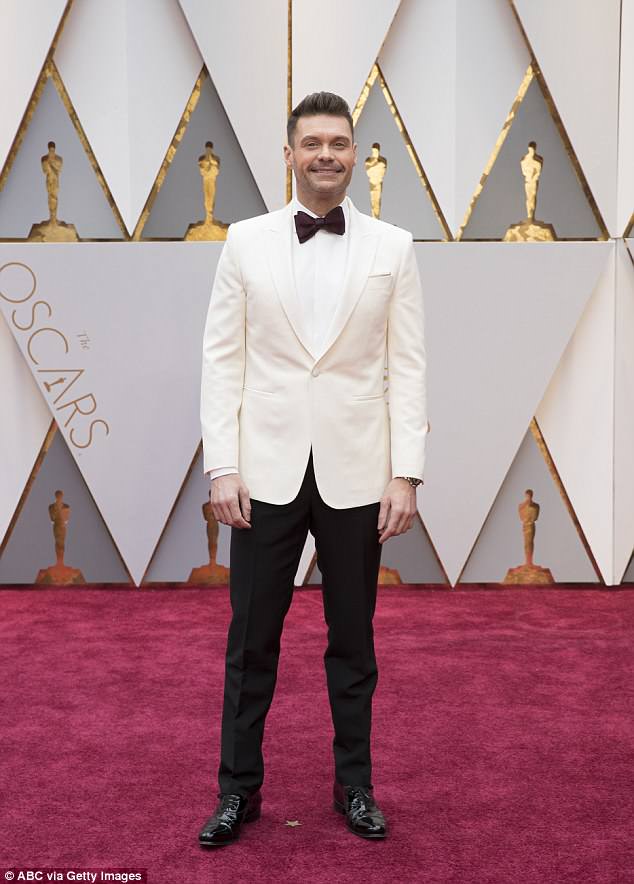 After coming forward with her story, Seacrest was rebuffed by a few actors and actresses on the red carpet of this year’s Oscars But Seacrest’s (right) career has remained in tact. He even got an on-air vouch of approval from his Live! co-host Kelly Ripa (left)

‘The silence since then has been deafening. Ryan continues to cheerfully co-host Live With Kelly and Ryan each morning with Kelly Ripa’s full support. He’s the smiling host of American Idol twice a week on ABC. And E! continues to back him.

‘NBC News invited me to tell my story on the Megyn Kelly show, but after the Oscars (and an extensive pre-interview I did with her producers), that invitation disappeared. “We need to reschedule,” they said. I’m still waiting for that.

‘So much for “Let’s believe the women,” right?’

Hardy says she’s going to make sure Seacrest doesn’t get away with the way he treated her – which is why she filed a police report. THR was able to confirm that the report was filled out and that police are currently investigating the allegations. 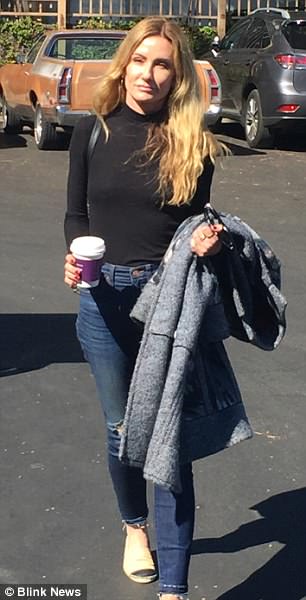 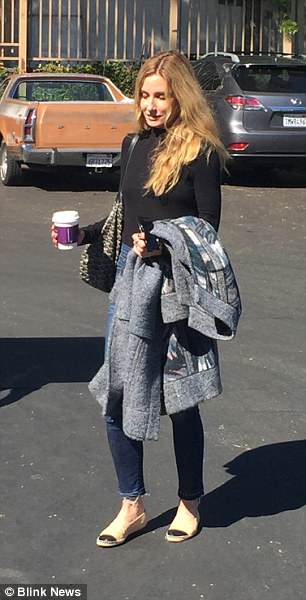 Hardy (left and right)  says she recently filed a police report against Seacrest, to make sure he is properly investigated

‘Ryan chose to take this public, not me. But I will not stand by silently and let Ryan or the sycophants that employ him get away with this. Not when teenagers, with their voices shaking, can speak up to Congress on gun control. I can face this too! Ryan is not a victim; he is the instigator and the assaulter,’ she said.

Hardy added: ‘Everyone in Hollywood who stands by Ryan now is choosing not to believe me. That includes every guest on his shows, every studio and network that does business with him, every celebrity who talks to him on a red carpet. Know that this is a choice you are making.’

In statements provided to THR, Seacrest denied the ‘reckless allegations’. It was also pointed out that an outside law firm cleared Seacrest of any wrongdoing on February 1, after investigating and finding ‘insufficient evidence to support the claims’.

Both NBC and Seacrest say Hardy was not fired, but that her contract ended when Seacrest stopped working at E! News.