Ryanair flight is hit by another plane on taxiway at Stansted

A Ryanair flight carrying dozens of Irish voters home for the abortion referendum has collided with another plane at London Stansted Airport today.

The wing of Primera flight PF2871 to Malaga clipped the tail of Dublin-bound Ryanair aircraft FR205 as they were both on the taxiway this morning.

Passengers were told by cabin crew that the aircraft had been hit by another plane, with three fire engines racing to the scene in Essex at about 9.15am. 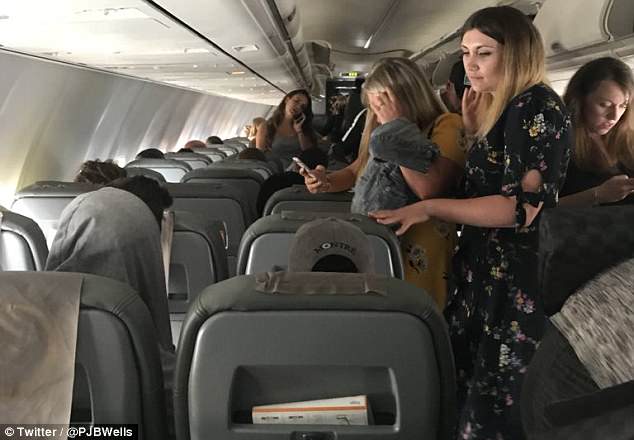 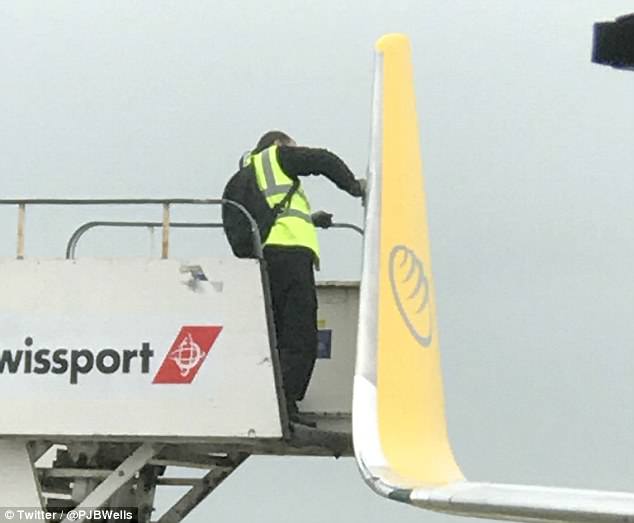 One passenger, Malena McQuarrie, 23, from Dublin, told the Independent: ‘I’m extremely annoyed, but I hope we’re going to get home in time to vote.

‘Luckily I live by the airport so it’s not so bad for me but some people have to go far into the country. A girl in front of me was saying she has to fly back tonight.’

Genevieve Hulme Beaman, 29, of Dublin, added: My whole reason to get home is to vote, so as long as I get home to vote it’s fine. You can vote until 10pm.

‘I wanted to be there to support the women there, I have a lot of friends who are very emotional today and they could do with the support.’ 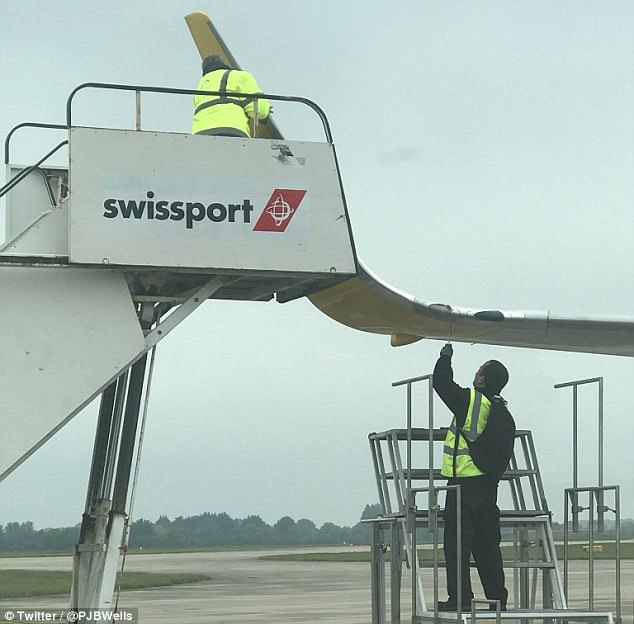 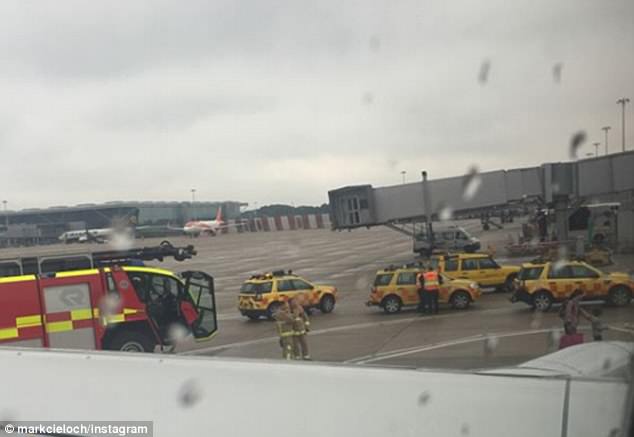 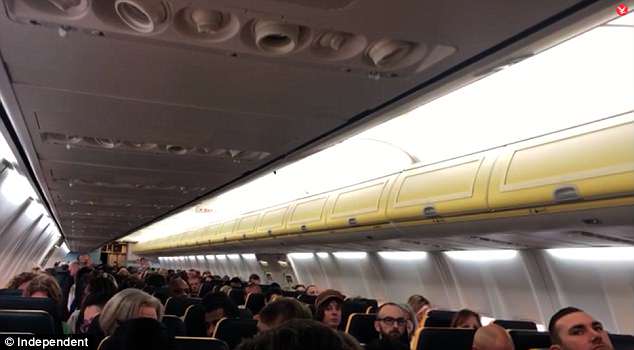 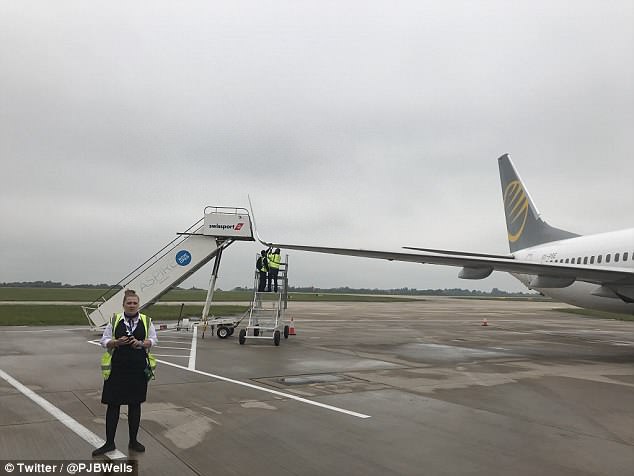 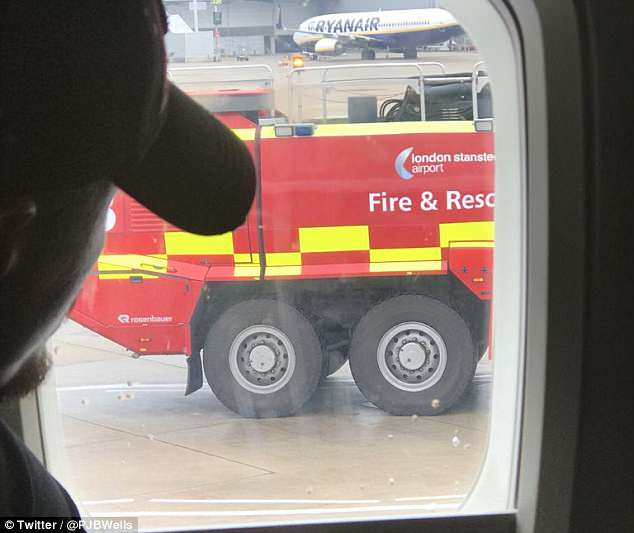 The airport said both planes were required to return to the stand after the ‘minor airfield incident’, but no injuries were reported and no evacuation was required.

A spokesman for Stansted added: ‘As a precaution, airfield operations were briefly suspended, but all flights have now resumed.’

A Ryanair spokesman said: ‘One of our aircraft was stationary at the designated holding point on the taxiway at London Stansted Airport this morning when the winglet of a Primera Air aircraft taxiing behind scraped its tail stabiliser.

‘Both aircraft were under the instruction of London Stansted Air Traffic Control at the time. The Ryanair aircraft returned to stand to be inspected by Ryanair engineers. 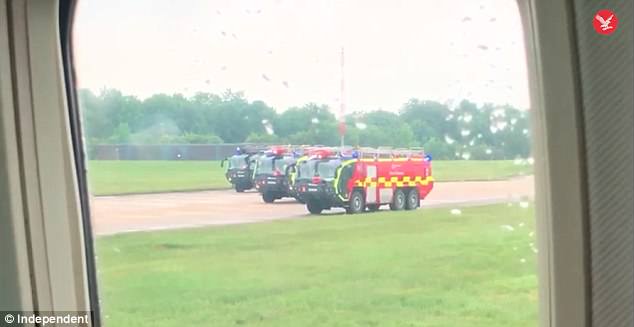 Three fire engines raced to the scene at the airport in Essex at about 9.15am this morning 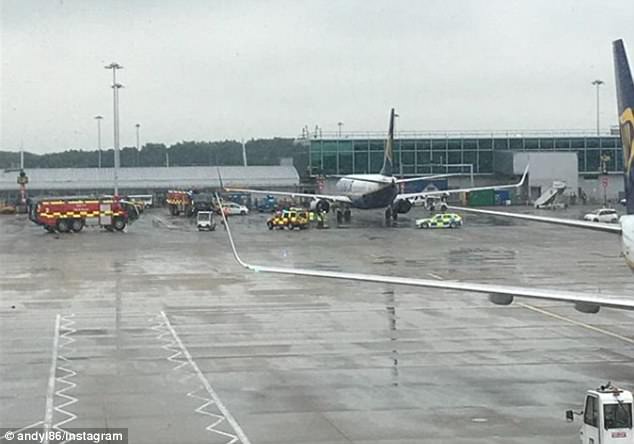 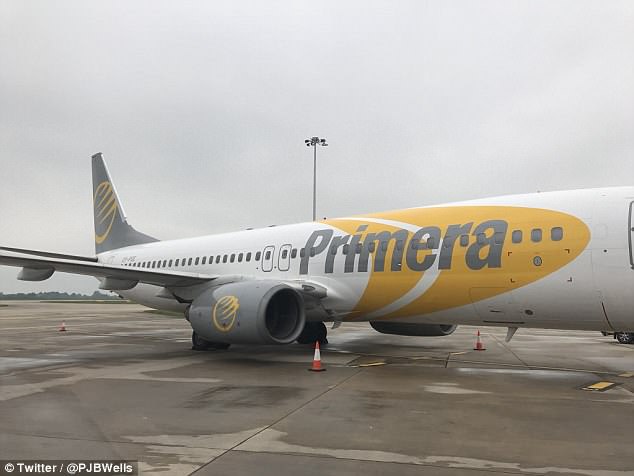 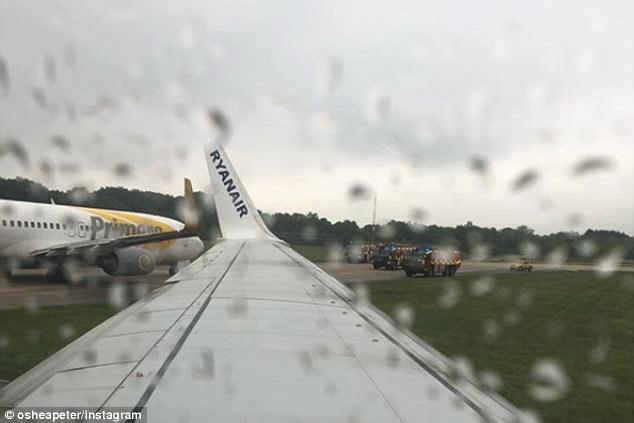 Ryanair passengers are being transfer to a replacement aircraft later today, the airline said

‘To minimise delay, customers will transfer to a replacement aircraft later this morning.’

In Ireland today, voting is under way in a historic referendum as citizens decide whether to liberalise one of Europe’s strictest abortion regimes.

Voters are opting to either retain or repeal the Eighth Amendment of the state’s constitution, which prohibits terminations unless a mother’s life is in danger.

Counting will begin tomorrow morning, with a total of 3.3million citizens registered to vote and 6,500 polling stations open across the country.