Ryanair’s extra fees on baggage and boarding helped airline to rake in £2.2billion a year

The amount of money Ryanair raked in from extra fees including baggage and boarding rose to £2.2billion last year, new analysis has found.

The figure is more than the gross domestic product (GDP) of 30 different countries, and amounts to 31.7 per cent of the airline’s total revenue.

A new study revealed the low-cost carrier, based in Dublin, is the fifth biggest earner when it comes to ‘ancillary revenue’ – everything not included in the airfare.

American is the largest, raking in £5.8billion ($7,2billion) from the extra charges with United in second place earning £4,6billion ($5,8billion). 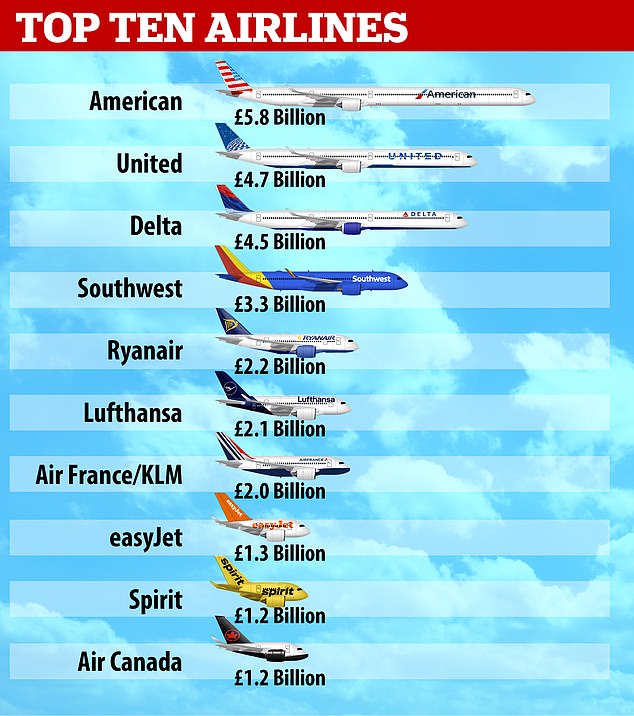 Ryanair made the fifth largest amount of money from ‘ancillary revenue’ among airlines last year. American made the first, with a whopping £5.8billion (graphic shows rankings of how much money airlines made from extra charges last year)

Fellow British airline, easyJet, was revealed to make £1.3billion from the extra charges. Like Ryanair it does not use a frequent flyer programme to rake in extra cash, instead using bag and boarding charges.

Ryanair has become increasingly reliant on the fees and charges. It made just £527m from ‘ancillary revenue’ in 2010, some 22.1 per cent of its revenue back then.

The charges now make up more than 30 per cent of its revenue, and come after the airline overhauled its baggage rules last year.

It now permits passengers to bring a small bag measuring 40cm x 20cm x 25cm on board free of charge. This must be able to fit under the seat in front.

Those wishing to travel with a regular carry-on bag have to pay a ‘priority’ fee, which can cost up to £12. Alternatively you can pay to have your luggage in the hold.

As the policy was only in place for the last two months of 2018, it is likely the figure of £2.2billion will rise again this year.

At the time of its introduction, however some passengers spoke of their anger of being ‘ripped off’ by the airline.

What are the Ryanair baggage charges?

Since November 1, passengers can only take one small personal bag on board measuring 40x20x25cm that must fit under the seat in front.

If you bring a second bag to the gate or you first bag is too big you will be charged a fee of £25.

Passengers who pay for priority boarding – which costs £6 – are allowed to take both a ‘personal bag’ and small suitcase as hand baggage.

For example, a children’s football team heading to Dublin faced charges of up to £400 they had not budgeted for due to the change when they arrived at Stansted Airport.

But the airline claimed that the new rules meant passengers were moving through security more quickly because the volume of carry-on bags had fallen – which in turn was improving punctuality.

Ryanair uses a number of tactics to boost its income, including charging customers to chose their own seats on flights, and although it claims seat allocations are ‘random’ – it is not often family and friends are seated together.

The study, published annually by IdeaWorksCompany, provided an in-depth look at how the low-cost airlines new baggage policy and extra charges were helping it rake in more income.

Analysing typical Ryanair bag activity, it looked at a flight from Dublin to Birmingham with 189 economy seats available – and revealed how much extra money the airline makes from the charges.

Addressing the new baggage policy, the survey states: ‘Ryanair appears to be using Priority & 2 Cabins Bags as a revenue platform upon which to test new services and refine how baggage is merchandised.

‘The carrier’s booking path is complex and uses every opportunity (and screen space) to sell baggage services and assigned seating.

‘At times the distinction between early boarding, baggage, and seating becomes a blur of pop-up boxes and interruptions.’ 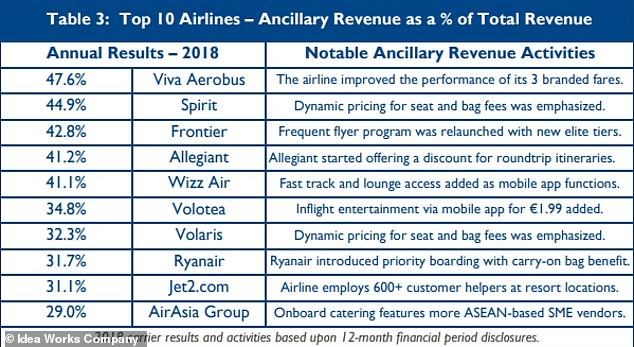 How much ‘ancillary revenue’ makes up of an airlines income. Ryanair gets 31.7 per cent of its income from extra charges, it has been revealed 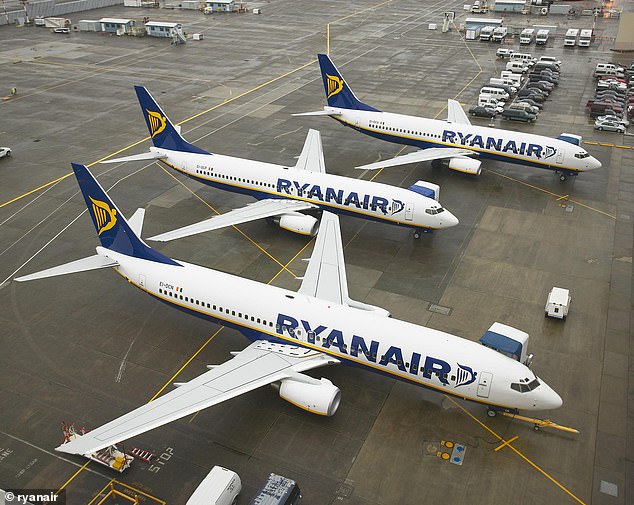 The study, published annually by IdeaWorksCompany, provided an in-depth look at how the low-cost airlines new baggage policy and extra charges were helping it rake in more income (stock image) 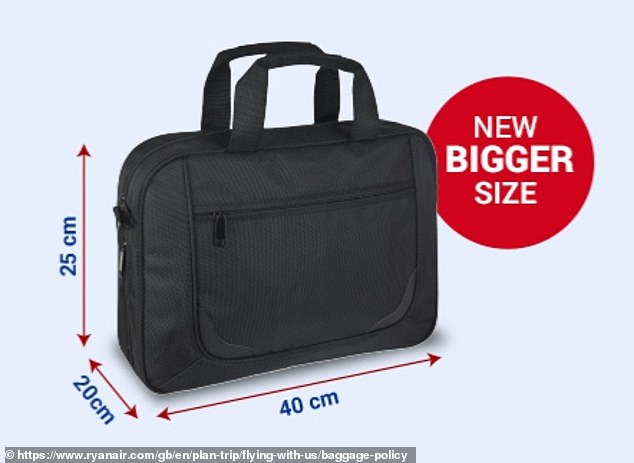 Since November 1, passengers can only take one small personal bag on board measuring 40x20x25cm that must fit under the seat in front

Although Ryanair appears to be making almost a third of its revenue with extra charges, there are seven airlines that do this more. That includes Hungarian low-cost airline Wizz Air, which has adopted a similar baggage policy to Ryanair.

The news comes as a recent Which? survey revealed British Airways and Ryanair are the airlines most likely to leave passengers disappointed when they complain.

The consumer champion collected details of more than 2,500 experiences from passengers who suffered delays and cancellations – finding out how they rated the airline’s immediate response and handling of any subsequent complaints or claims.