The golf WAGs were out in force as the action got underway on the first day of the Ryder Cup this morning.

Proud Paulina Gretzky, 29, was on hand to celebrate with fiance Dustin Johnson when he helped team USA take a 1-0 lead over Europe in the tournament in Paris.

Miss Gretzky, who has two children with the golf ace, wrapped her arms around Johnson’s neck and planted an affectionate kiss on his cheek after he and partner Rickie Fowler triumphed over Rory McIlroy and Thorbjorn Olesen.

Fortunately McIlroy, 29, had his own biggest fan close by, with American-born wife Erica Stoll following him around the course as he competed for team Europe.

Proud Paulina Gretzky, 29, was on hand to celebrate with fiance Dustin Johnson when he helped team USA take a 1-0 lead over Europe in the tournament in Paris 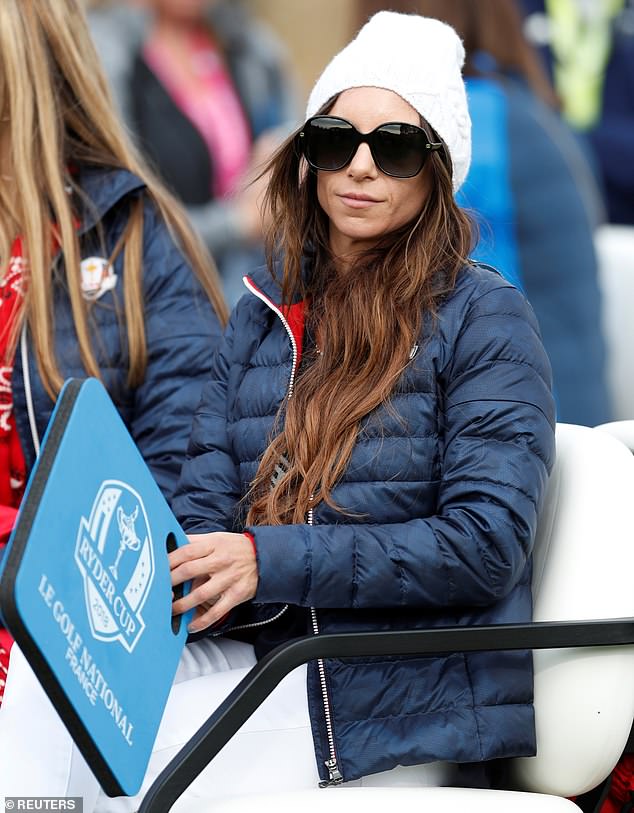 Tiger Woods’ girlfriend Erica Herman wrapped up in a padded jacket and beanie as she supported the golfer and team USA at the Le Golf National, on the outskirts of Paris 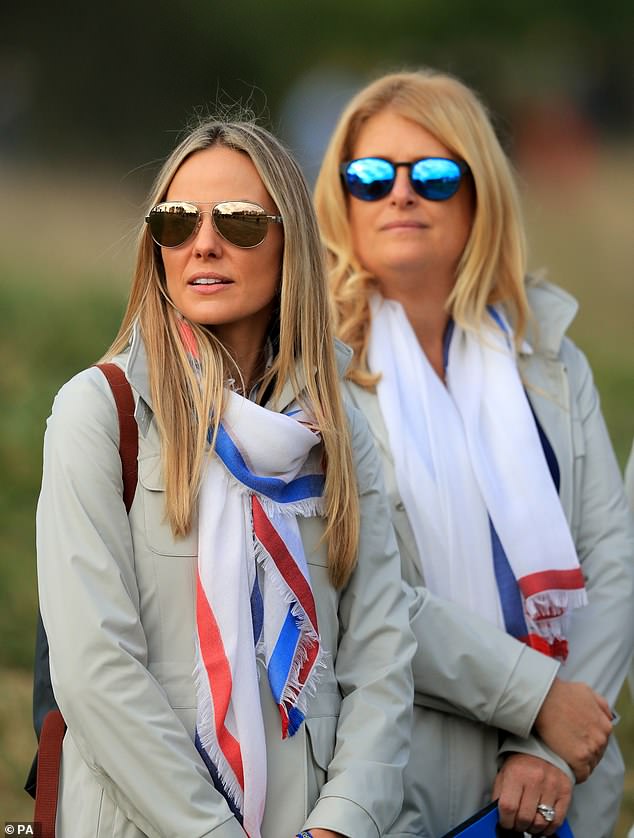 Rory McIlroy’s wife Erica Stoll, left, and Katie Poulter, right, wife of English golfer Ian Poulter, were on the course to support team Europe on the first day of the Ryder Cup in Paris

Elsewhere Tiger Woods was cheered on by his girlfriend Erica Herman who kept a close eye as the action unfolded at Le Golf National.

They were joined on the course by Grace Barber, the girlfriend of European skipper Thomas Bjorn, and Jena Sims, partner of Brooks Koepka.

The women all wrapped up against the autumn chill in branded Ryder Cup padded jackets and team scarves around their necks.

The first day of the action started early this morning with plenty of golf ahead before the finale on Sunday afternoon.

Three more matches will follow before more foursomes in the afternoon. 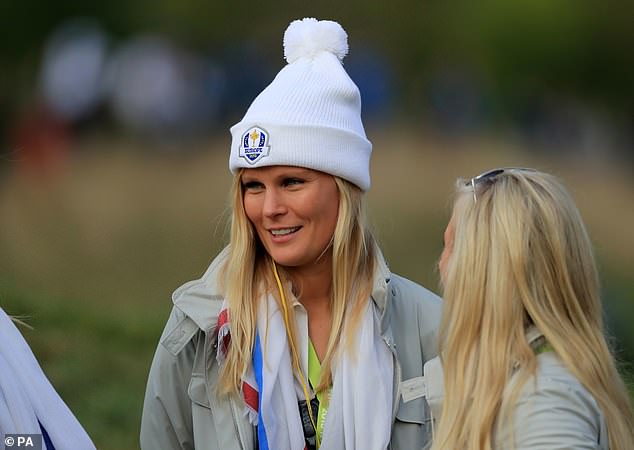 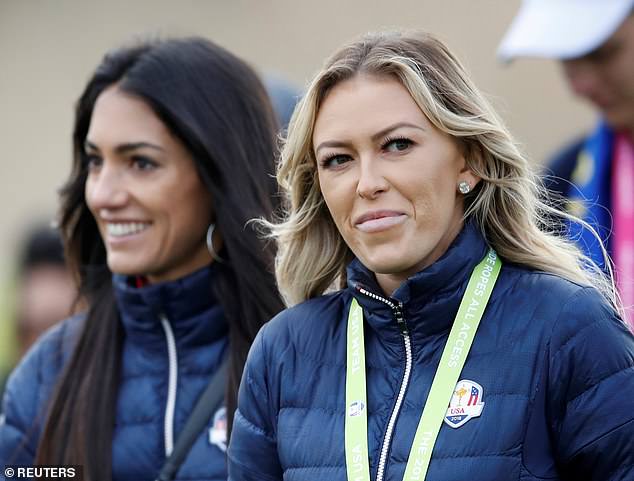 Paulina Gretzky, who is engaged to American golfer Dustin Johnson, also turned out 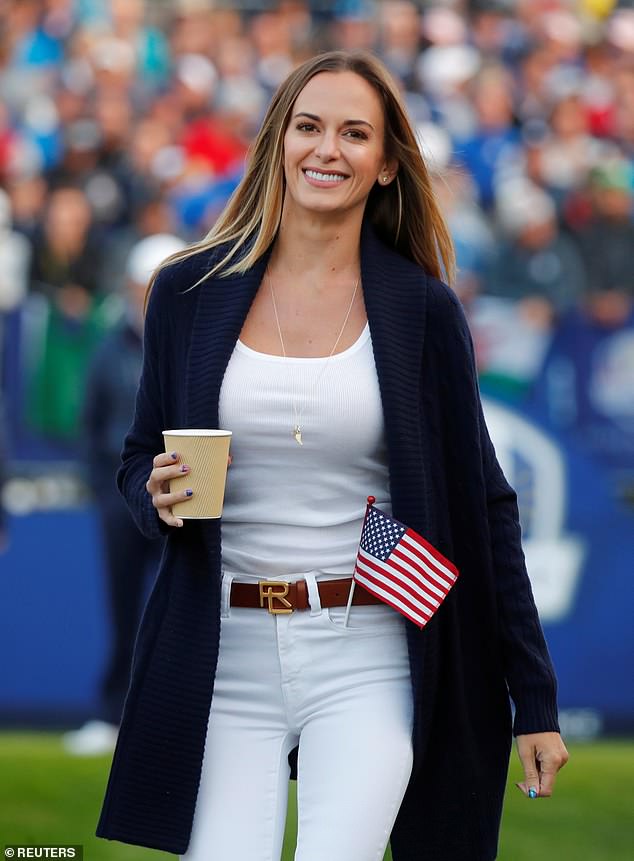 Last night the WAGs supported their husbands and boyfriends at the opening ceremony.

Leading the way was wife of Alex Noren, Jennifer, who showcased her growing baby bump in a tight fitting belted dress as she entered the Saint Quentin-en-Yvelines in the outskirts of Paris.

Following on behind was her pregnant pal Dowd Simpson, wife to Webb Simpson, who cut a chic figure in a black high necked dress. 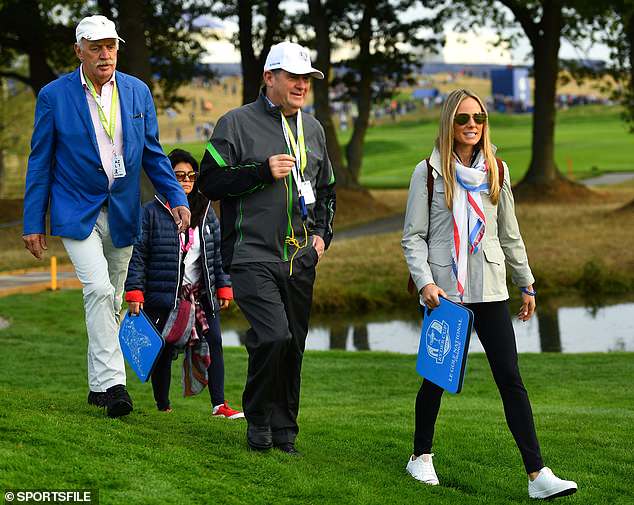 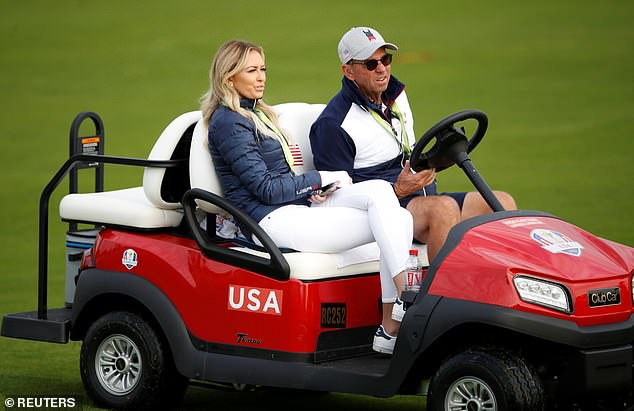 Paulina Gretzky, who has two children with Dustin Johnson, took a break in a golf buggy 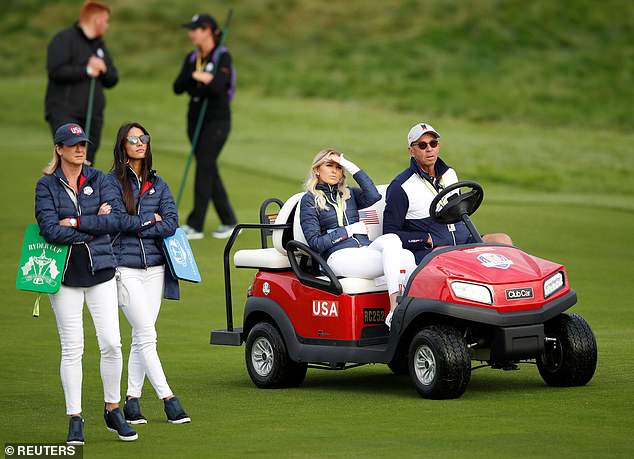 Paulina, pictured in the buggy, kept a close eye on her boyfriend as he competed on Friday

It was Europe vs US when it came to fashion with the army of European WAGs dressed in white and toting the EU flag compared to the American women who wore black and waved the stars and stripes for their team.

Ahead of the ceremony the European group gathered for a photograph outside the stadium making for a very glamorous line up.

Each of the wives and girlfriends of the 24 players, captains and vice-captains wore a silk scarf in red white and blue colours in honour of the host nation’s flag. 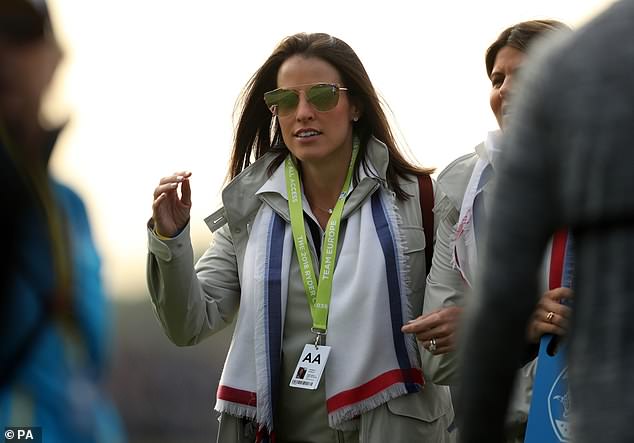 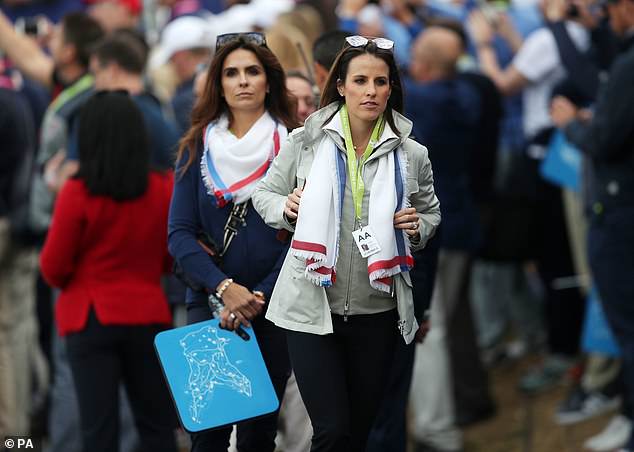 The American-born Angela, who played golf in university, followed the action on the course 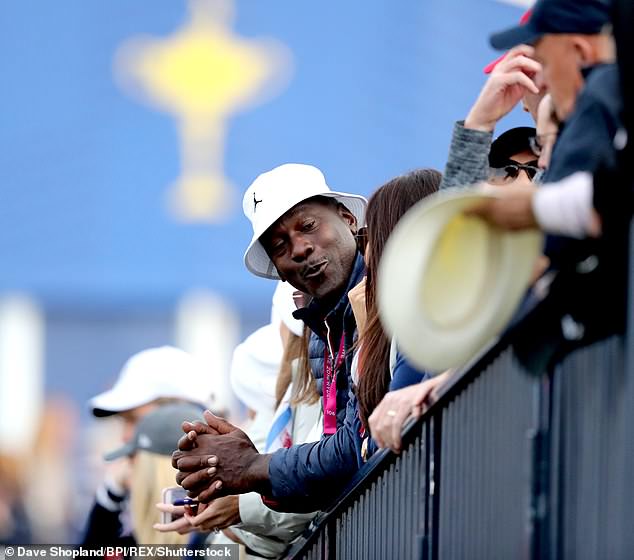 They were all dressed in a navy coat and asked to wear nude shoes for the photo call, with each of the women also sporting a gold ribbon, commonly associated with raising awareness of childhood cancer.

Of course no WAG is complete without a pair of shades with not one woman going without their sunglasses for today’s event. 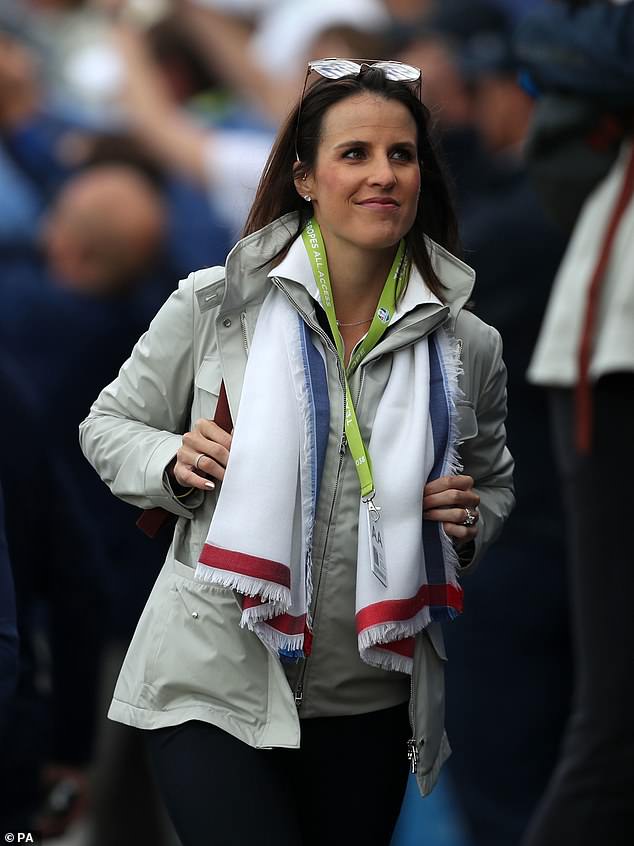 Angela Garcia, wife of Sergio, formerly worked for the Golf Channel and has a keen interest in the sport