The sacked captain of a luxury superyacht will fight his compensation battle at an English tribunal after a judge ruled that the 250-ft boat is ‘effectively owned’ by a Russian multi-millionaire banker who was granted asylum in the UK.

William Gould was fired from his job as skipper onboard the motoryacht Amaryllis after being accused of ‘gross misconduct’ in June.

Claiming ‘unfair dismissal’, he brought a damages case before an English tribunal, which his Guernsey-based employers – Crew Employment Services Camelot – said should be thrown out because of his constant globetrotting and owning his only home in Florida.

But this qualm has been slapped down after the judge declared that the true paymaster of Cayman Islands-registered Amaryllis is Andrey Borodin.

Mr Borodin, a former President of the Bank of Moscow, fled the Putin regime in 2011 and snapped up the 300-year-old Park Place in Henley, Oxfordshire, for £140million after the UK government granted the fugitive asylum. 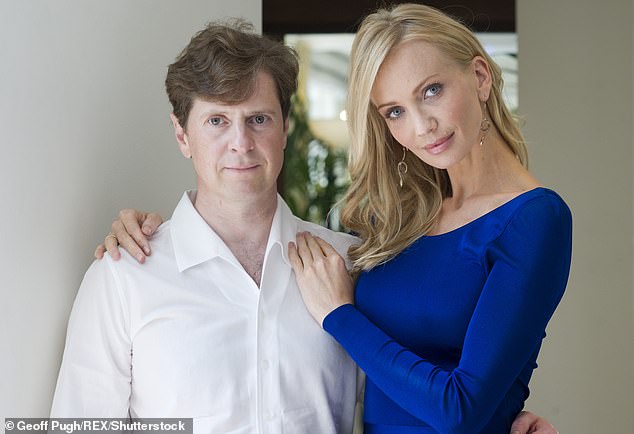 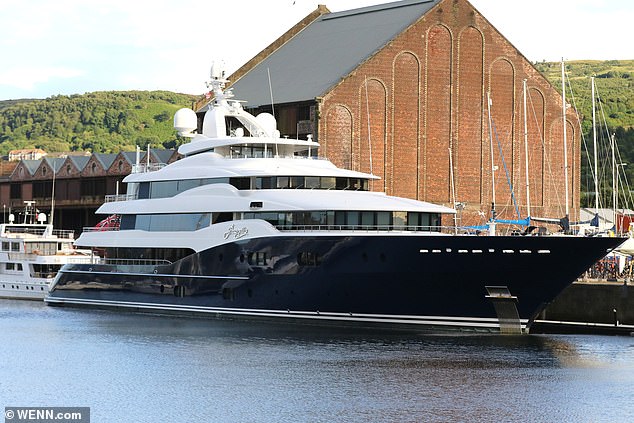 Although the Russian – who is believed to be worth an eye-watering £180million – does not formally own Amaryllis his exercise of control over the five-deck boat was deemed ‘effective ownership’.

Judge Timothy Russell said that Mr Borodin is the ‘effective owner, by which I mean decision-maker and paymaster of Amaryllis.’

Amaryllis was built at a renowned German shipyard in 2011 and features six luxury suites for up to 12 guests.

Its facilities include two gyms, a large jacuzzi pool, a full-beam master suite, a glass elevator and even a self-playing piano.

When Captain Gould applied for the job on this eye-popping boat, it was the Russian exile who interviewed him at his palatial Henley home and it was ‘his decision to hire’ him in 2015. 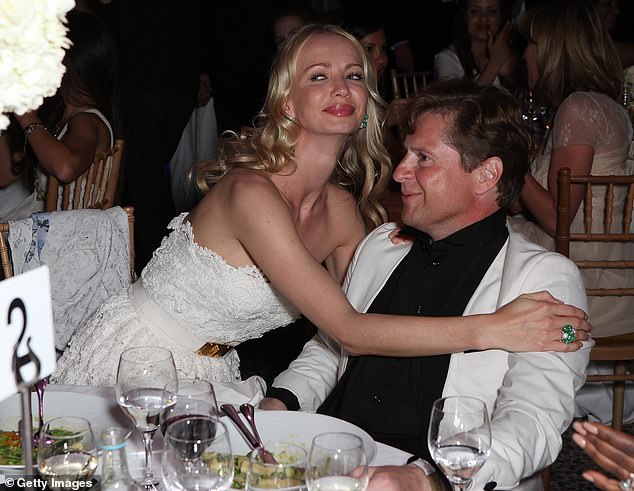 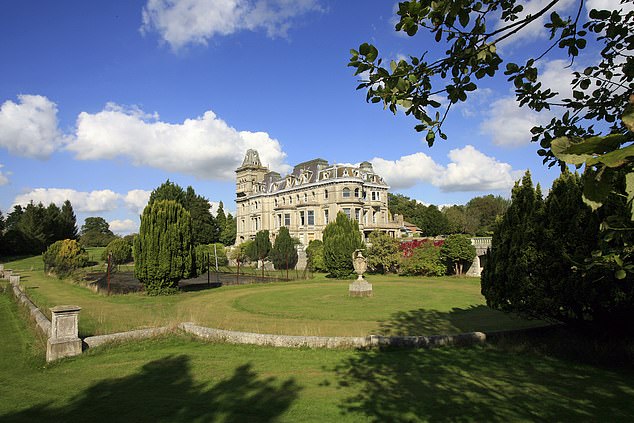 Park Place, near Henley (pictured above) is around 300-years old and is a grade II listed mansion

He and his wife, Tatiana, ‘gave him regular instruction on operational matters’ to do with the yacht, the judge added.

CESC’s lawyers emphasised that Mr Borodin ‘is not the legal owner of the yacht, nor was he Captain Gould’s employer.’

They pointed out that, although Captain Gould is a British citizen, he has his home in Florida and pays his taxes in America.

His floating place of work made his connection to England so slight that the tribunal had no power to hear his case, they argued.

Judge Russell accepted that Captain Gould’s ‘work was wherever Amaryllis was’ and that the UK was not his ‘home base’.

Records showed her berthing in luxury locations from Antigua to St Kitts and the Bahamas and Caicos Islands.

But the judge said Captain Gould’s first voyage as skipper was from the Carribean to Britain, berthing Amaryllis in Falmouth.

And, whilst he was in charge between May 2017 and June last year, the superyacht spent around half her time in UK waters. 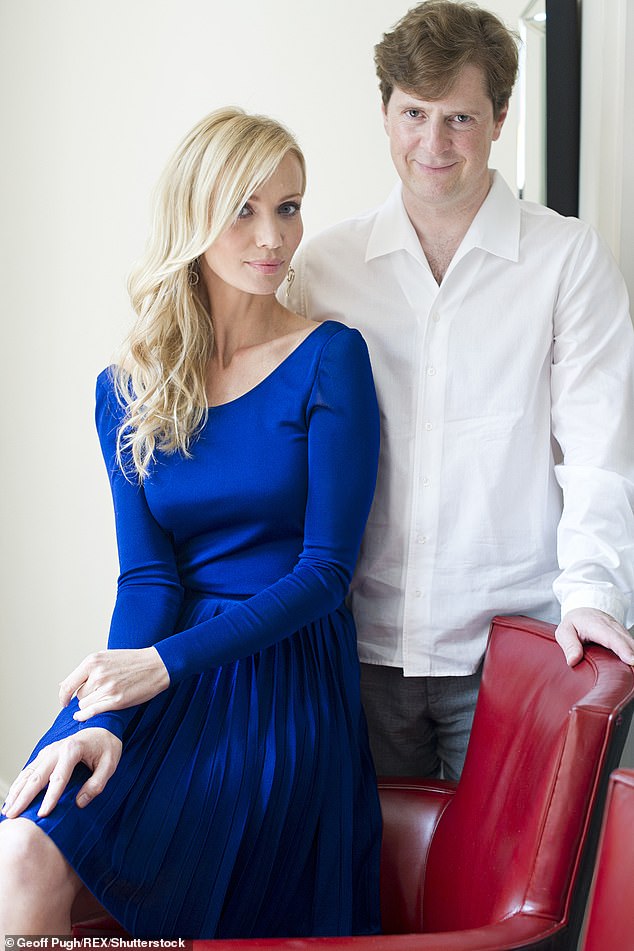 Mr Borodin and his wife, Tatiana, ‘gave him [Captain Gould] regular instruction on operational matters’ to do with the yacht, the judge added

Amaryllis had never visited the channel islands and Captain Gould ‘spent more time working in England than any other place.’

The superyacht was berthed in the UK when Captain Gould was suspended and then sacked ‘on the alleged ground of gross misconduct.’

But the decisive factor was his ‘strong connection to the effective owner, Mr Borodin, even if he was not the employer.’

Although there was ‘an array of entities apparently involved in running the Amaryllis’, the Russian was effectively ‘in control’.

Suggestions that Mr Borodin was not her ‘effective owner and decision-maker’ were ‘less than credible’, the judge added.

Having recruited and promoted Captain Gould, Mr Borodin was ‘directly or indirectly meaningfully involved in his role’. 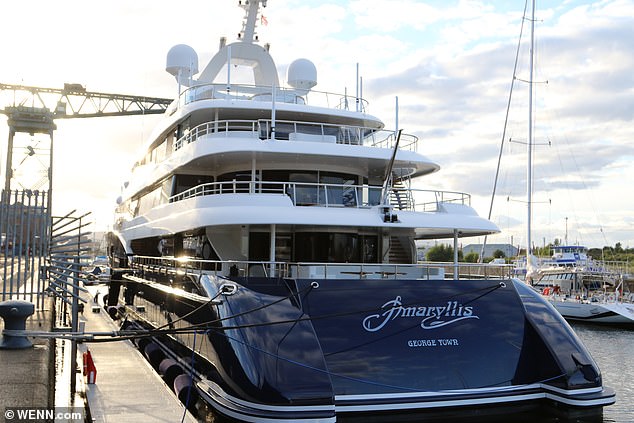 The boat’s facilities include two gyms, a large jacuzzi pool, a full-beam master suite, a glass elevator and even a self-playing piano.

Whilst not involved in running the yacht day-to-day, he ‘exercised control which went beyond that of an absentee or less interested owner.’

‘Much of Captain Gould’s instruction came from the UK because the effective owner lived there,’ the judge added.

The judge ruled his job had ‘a sufficiently strong connection’ to the UK to bring his claim ‘within the territorial jurisdiction’ of English employment law.

Judge Russell ‘made no findings’ about the circumstances of Captain Gould’s dismissal, ‘other than it seems to have been unexpected, certainly by him..’

But he added: ‘The circumstances of his alleged misconduct leading up to the dismissal should be brought under the spotlight of the employment tribunal.’

A date for the full hearing of Captain Gould’s claim against CESC has yet to be set.