Sacking Massimiliano Allegri will be expensive, but may be best for Juventus

What happened to the coach capable of making smart choices and improving the players? Allegri is no longer the man who twice led Juventus to the Champions League final.

Little hair on his head, few ideas on the pitch: Massimiliano Allegri spent a lot of time touching his forehead and neck without being able to bring out the best in his players on Wednesday night against Benfica. Just 34,015 spectators at the Allianz Stadium attended one of the worst matches in recent years.

In the second week of September, the Bianconeri are in an identity crisis. Allegri has always preached to the media that he wants to be judged only on the basis of the results: with this algorithm the judgment on his work would be catastrophic.

Juventus’ attitude is like that of Don Abbondio in Alessandro Manzoni’s novel ‘Promessi Sposi’: it is a fearful team that is afraid of its shadow, it hides its limits so as not to face reality.

Juventus are a team that has elected Danilo as their charismatic leader, a normal player who has failed to upgrade to Real Madrid and Manchester City.

The feeling is that Juventus has squandered the wealth of charisma accumulated in 10 years by returning to being a normal team. This side is worse than the one coached by Maurizio Sarri and Andrea Pirlo, and Allegri does not seem to have the courage and intuition to be able to improve his seasonal fortunes.

Juventus needs an emotional shock to recover and Allegri, the man who yells at everyone for 90 minutes to stay calm, should distribute coffee and not chamomile tea to his players. 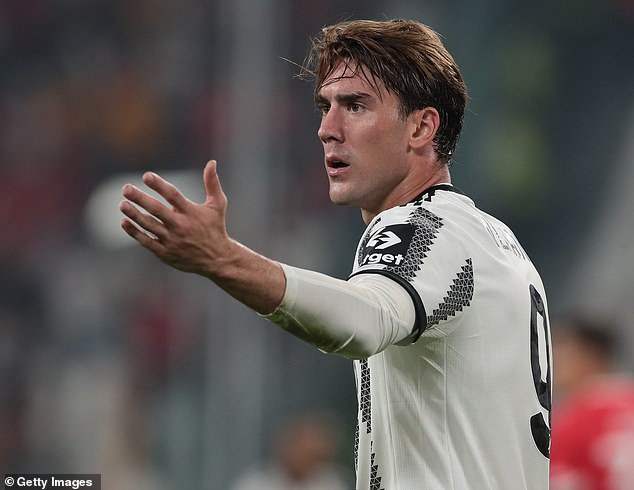 Allegri is not getting the best out of Dusan Vlahovic, who arrived as a hot prospect in January

It is difficult to hypothesise an immobile club in the face of the destruction of the team’s seasonal path and changing coaches could be the simplest and quickest solution to restore energy to the squad.

Dusan Vlahovic desperately requires guidance and Allegri is not the right man to improve the Serbian striker’s talent.

The Bianconeri is afraid, plays with fear and shyness and they do not provide physical and mental resistance to any opponent.

Seeing a technical and economic heritage like that of Vlahovic squandered is causing a lot of irritation to the club and the fans who are clinging to the hope that he can try to get them out of this very negative moment.

The team is not physically prepared

In times of difficulty, the Old Lady has no key players who can manage the game.

After 25 minutes it was as if the players had pulled the plug from the electrical socket as Benfica ran at double the speed of their opponents, who seemed to be playing without oxygen due to poor physical preparation.

Allegri observed paralysed and frightened players and it seems that the moment of a shock has come to be able to awaken this tangle of boys who have not understood what it means to play at Juventus.

Claudio Marchisio spoke to Amazon Prime about the difficult physical moment of the team: ‘I can’t think of a physical problem after 30 days of football, in mid-September, but Benfica ran much more than Juventus and this worries me a lot.’

A lucid analysis that reveals that one of the biggest problems of the team is linked to the poor physical condition of the players trained by the athletic trainer Simone Folletti. Every match Juventus has at least two players out due to a muscle injury and this unpleasant situation has become a habit. 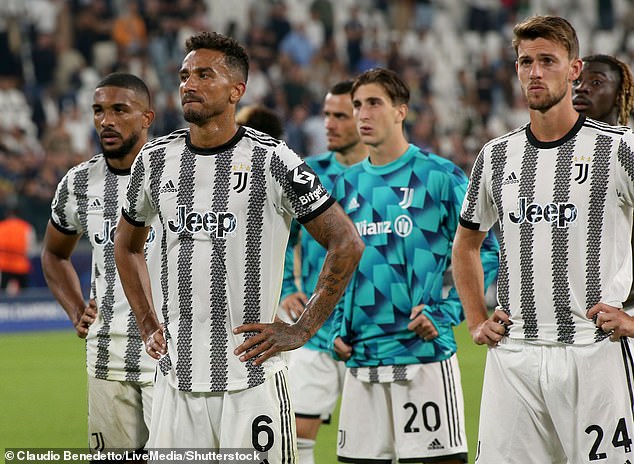 Juventus looked tired against Benfica, and their physical fitness has become a major issue

Allegri is a disaster

His famous phrase in front of the Sky Sports microphones after the criticisms received for Juventus’ lack of entertainment in 2018 became the perfect synthesis of his football: ‘To go and have fun there is the circus. I want to win, I always want to do it’.

After 14 months Allegri has not yet found a suitable tactical system for the quality of the team and its players. 3-5-2, 4-3-3, 4-2-3-1 or 4-4-2, he has tried all the formations without ever managing to find a tactical balance.

Allegri is experiencing the worst period of his career as Juventus coach and for the first time his side has lost two consecutive games.

Allegri has Bambi’s frightened eyes, he doesn’t know how to make decisions on his own and for several weeks he has talked much more with Simone Padoin, his new collaborator, than with his deputy Marco Landucci. 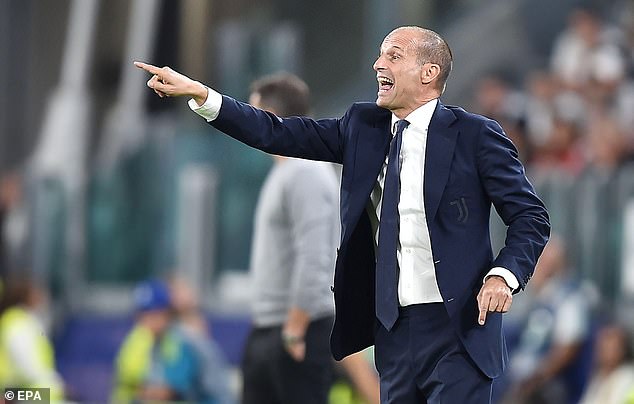 Allegri has tried different formations, but has struggled to find a winning formula

His bench is starting to be very shaky and the fear of not finishing the season as Juventus manager is real. There is no quality, the players seem to play hide and seek and struggle to communicate on the pitch.

Allegri is not listened to, he is not considered as a guide by the players and he made a mistake by substituting Arkadiusz Milik against Benfica, who is suspended in the next match against Monza, when the team needed a second striker.

The best Juventus player cannot always be Mattia Perin, a second goalkeeper who continues to work miracles in the absence of Wojciech Szczesny. An immediate reversal is needed to see Juventus grind out wins and return to the top of the standings.

Sacking Allegri would be a financial tragedy

The transition from top team to an ordinary one is complete and Juventus must rebuild the DNA of a winning club.

Allegri is much loved by former players such as Patrice Evra, Mario Mandzukic and Andrea Barzagli, he has the esteem of Vlahovic and also the approval of Andrea Agnelli and John Elkann but this does not interest the Juventus fans who are terrified by the possibility of being out of any competition already in September.

The main problem that is slowing down Allegri’s dismissal is purely economic. Juventus president Agnelli had the coach sign a four-year contract expiring in 2025 for £6.1million-a-year plus £1.7m in bonuses.

This is too much for the club to easily get rid of its technician who has admitted to being afraid of a lay-off in front of the Sky Sports microphones. 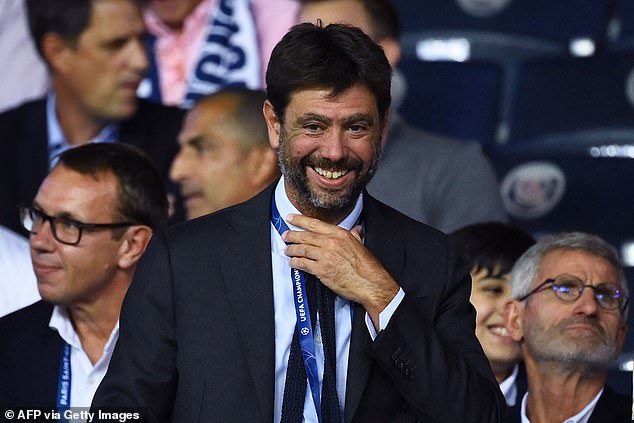 Andrea Agnelli handed Allegri a lucrative contract, so sacking him would be a financial blow

Di Maria asks Milik: ‘Why did he replace you?’

The Amazon Prime cameras revealed a surreal dialogue: Angel di Maria approached Milik at the end of Wednesday’s game, asking him ‘Why did he replace you?’

The Polish forward, who scored a wonderful goal at the beginning of the match, did not respond and looked disconsolate.

From these small clues comes the proof of a relationship problem between the coach and the team. Allegri continually offers the feeling of having lost the ability to manage the players and the moments of each match. 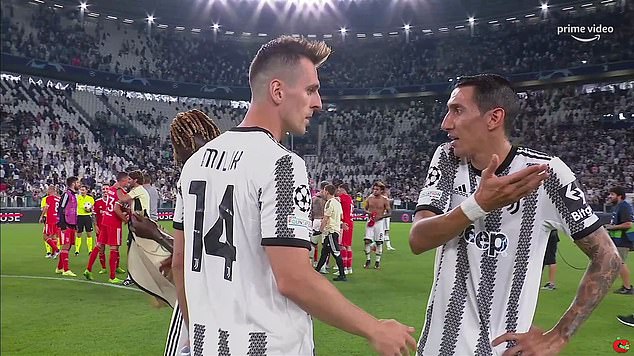 Why is Allegri hated?

Allegri seems to be the protagonist of an Oscar-winning film Roberto Benigni: he is histrionic, he does cabaret in the press room, he always smiles and makes fun of journalists and former colleagues who are not nice to him but his Juventus continues to sink to new lows.

This quality was heavily criticised by Fabio Capello who, from the Sky Sports television studios after the bad match against Fiorentina earlier this month, said: ‘Allegri makes too many comic jokes and must find the time to train the team better and solve the problems’.

The way he does it arouses controversy and envy and for this reason he has always been hostage to an excessive criticism that seems to harm Juventus and not him. He doesn’t have all the blame but 50 per cent of the responsibility for this sporting disaster rests with him alone. 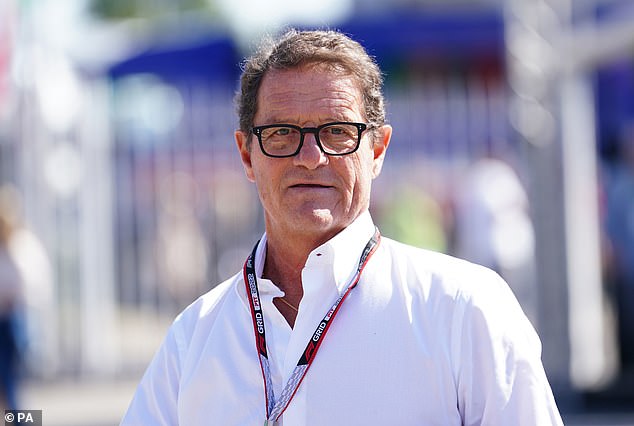 This summary would be enough to make it clear that Allegri has never been and will never be a simple coach sitting on the bench.

Allegri is very fond of casino games and loves to win and bet on horse racing. He loves beautiful women and luxury boats, and was engaged to one of the best women in Italian cinema in Ambra Angiolini, from whom he separated for a new love affair with a Swiss woman of high finance.

He loves wine and the dolce vita, and is considered unsuitable to be the coach that the fans want: he appears too detached from reality and unable to take serious interest in the events of the team. 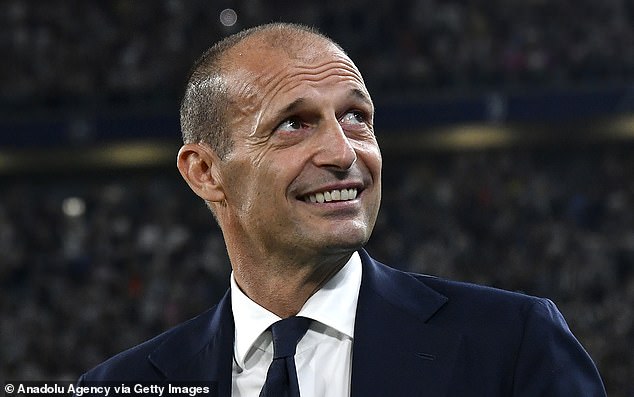 Juventus do not have an attacking philosophy. They never take shots at goal and their prudence on the pitch is haunting: these are the main criticisms addressed to the Tuscan coach who sits on the podium of the most criticised coaches in the history of Italian football.

Above all, Allegri is unpleasant to the fans because he is a very intelligent, proud man, and never manages to admit his mistakes.

His poisonous comic jokes make the audience nervous and this aspect creates a lot of discomfort, especially in fans who don’t understand the irony of his remarks.