Mane and Benzema are among the nominees for the prestigious award, with the winner due to be announced at a glittering ceremony in Paris on October 17.

The Senegal forward, who joined the German giants from Liverpool for £35m in the summer, was full of praise for the Frenchman when he was asked about the Ballon d’Or following Bayern’s thumping 5-0 win over Viktoria Plzen on Tuesday. 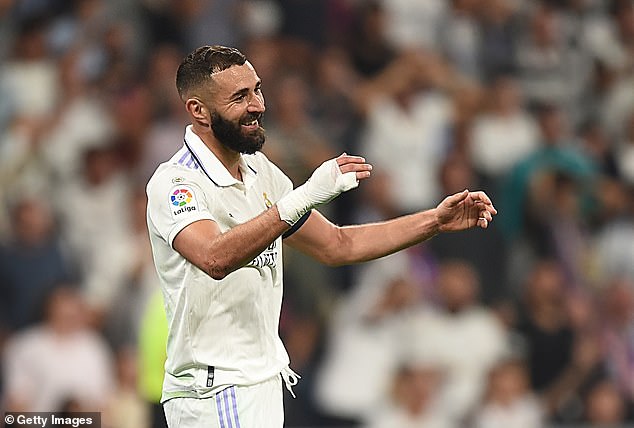 Benzema enjoyed a stellar campaign for Real last season as he helped guide the Spanish club to the Champions League and LaLiga titles.

‘Honestly, I think that Karim deserves it this year,’ Mane said.

‘He’s had a great, great season with Real Madrid. He’s won the Champions League… I think he easily deserves it, so I’m happy for him.

‘I know I won the African Cup of Nations, it was a relief for me and for the whole country, and I’m really happy to have won my first Afcon with my country. But I think it’s Karim who deserves it, and I honestly believe that.’ 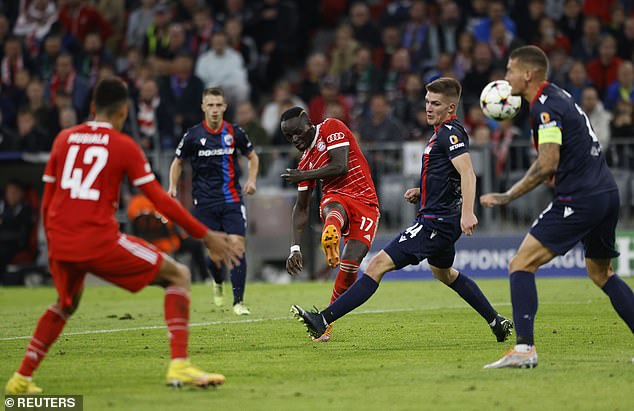 Mane and Benzema are joined on the shortlist for the award by the likes of Kylian Mbappe, Robert Lewandowski, Mohamed Salah and Cristiano Ronaldo, although seven-time winner Lionel Messi has not been nominated.

Mane was speaking after Bayern’s victory in the Champions League on Tuesday night, where he scored a superb goal that left Liverpool fans ruining his decision to leave Anfield.

Picking up the ball just outside of Plzen’s area, Mane lifted it over two defenders, hustled and bustled his way through a collection of opponents on the edge of the box before bending home into the corner of the net.