Meet the wildlife-mad couple who are so passionate about conservation they took their daughter on her first safari at just six months old.

Doctor Natalie Burrard-Lucas, 35, and wildlife photographer Will Burrard-Lucas, also 35, met in 2002 while both were studying in London and bonded over their love for travel.

The couple married in 2010 and after their dream honeymoon in Zambia, Natalie came across a position to work in a hospital in there.

Natalie Burrard-Lucas and husband, wildlife photographer Will Burrard-Lucas, took their children on safari from a very young age to introduce them to wildlife. Pictured is Will with his daughter Rosie, four, and Benjy, two 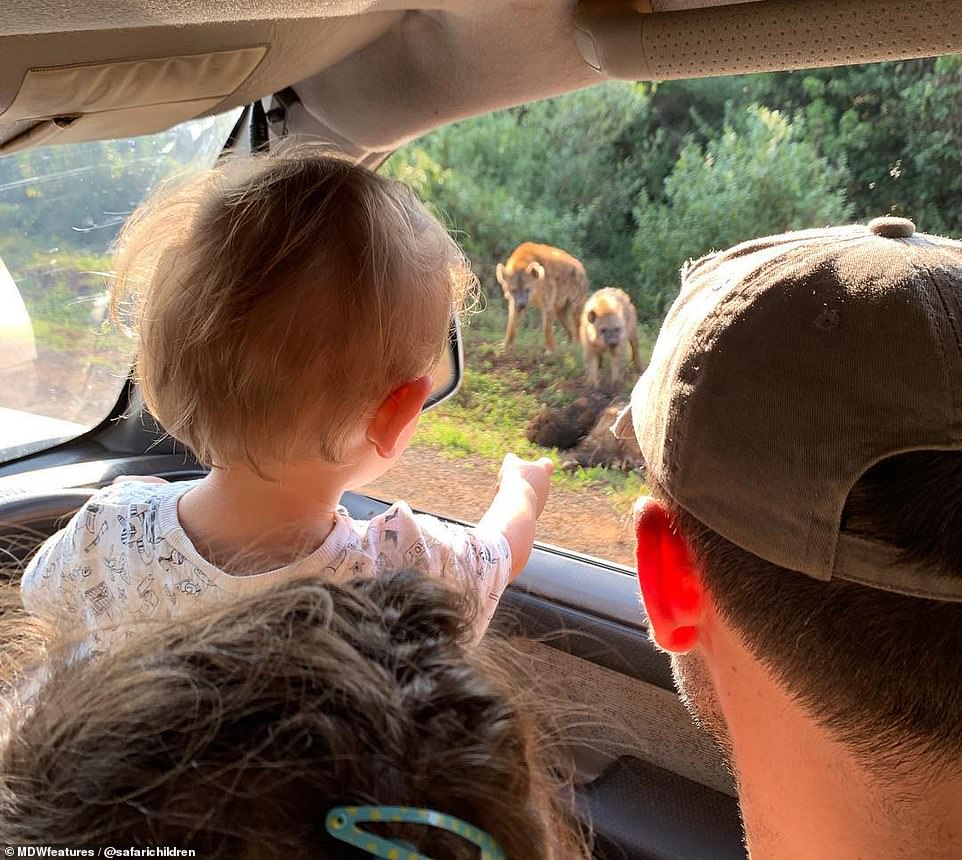 The family pause by a group of feeding hyenas. Benjy, pictured, went on his first safari when he was nine months old 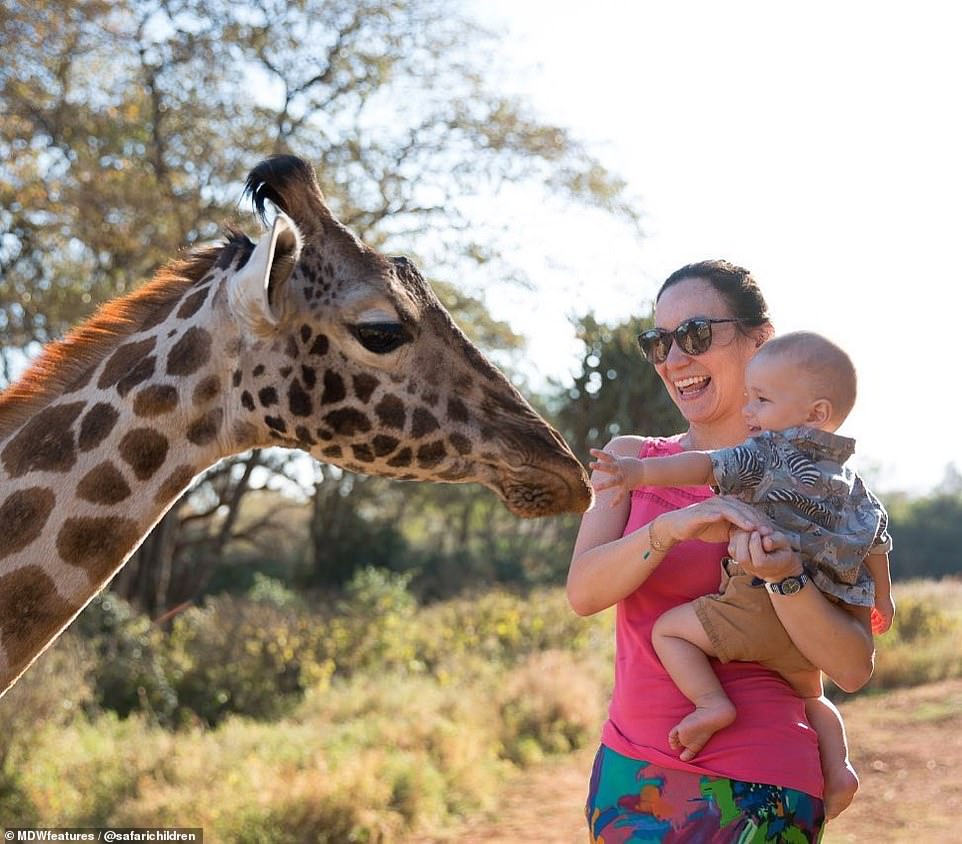 Natalie, a locum doctor, gets extended amounts of time off so the family like to spend three months of the year in Africa

The couple made the big move and Will was able to turn his photography hobby into a career by frequently visiting the national park to capture wildlife.

Despite Natalie’s 30-hour shifts and the basic way of life, the pair thrived.

Natalie said: ‘I felt some trepidation at leaving my comfortable job and I was nervous because I didn’t know what to expect from the hospital in Zambia.

‘We were given a small but lovely house on the hospital grounds in a small village called Katete, seven hours from the capital. The nearest supermarket was over an hour away, but there were some basic market shops nearby.

‘We had frequent power cuts, no internet, no hot water and an old bathtub with no shower.’

She added: ‘But amidst what may seem like challenges, there were wonderful benefits. Life was simpler.

‘We spent evenings together, sat around a campfire under mango trees. 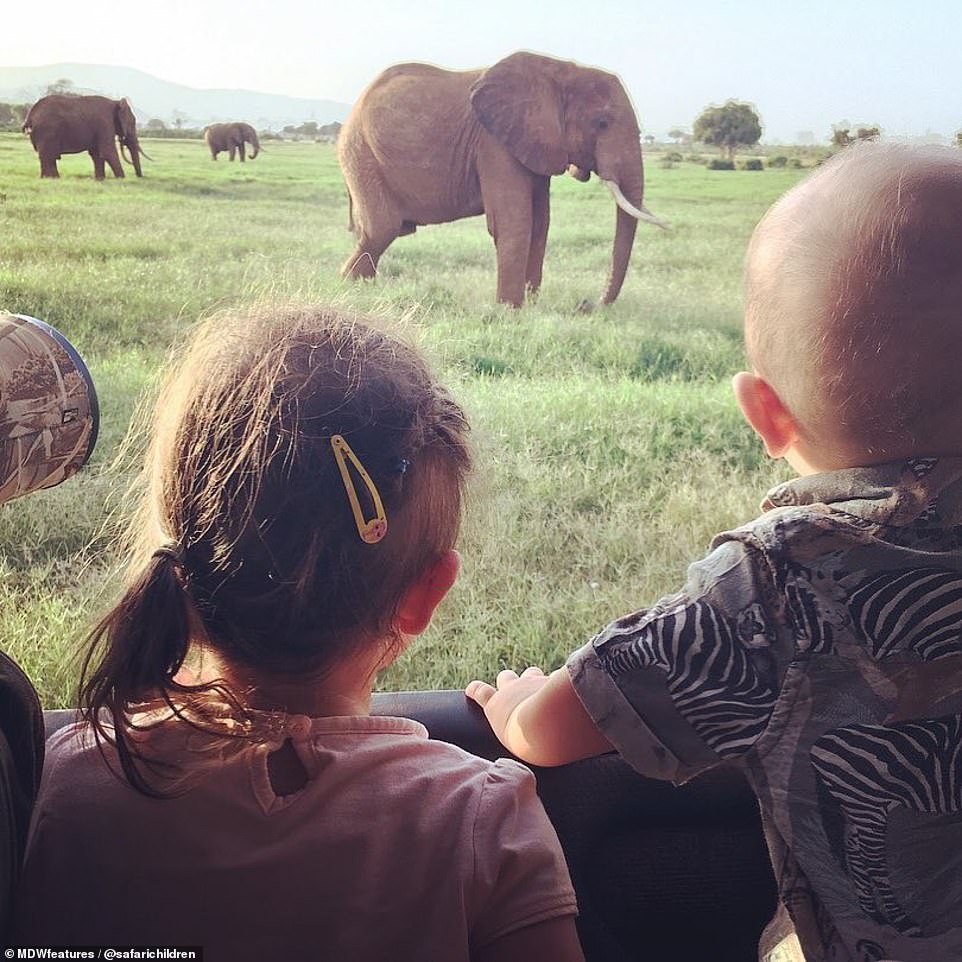 ‘It was idyllic in many ways. We had a screen detox for the year.

‘We couldn’t go out and buy things readily, so we had to problem-solve by cooking meals over a fire in the garden during power cuts and rigging up a bucket stand-up shower in the bathtub.’

Once the sabbatical was over, they moved to back to Buckinghamshire where they began thinking about starting a family.

Their daughter Rosie was born in 2015 and they took trips during Natalie’s maternity leave, with Rosie embarking on her first safari, in Zambia, when she was just six months old.

In 2017, Benjy was born and went on his first safari at nine months old for two months. 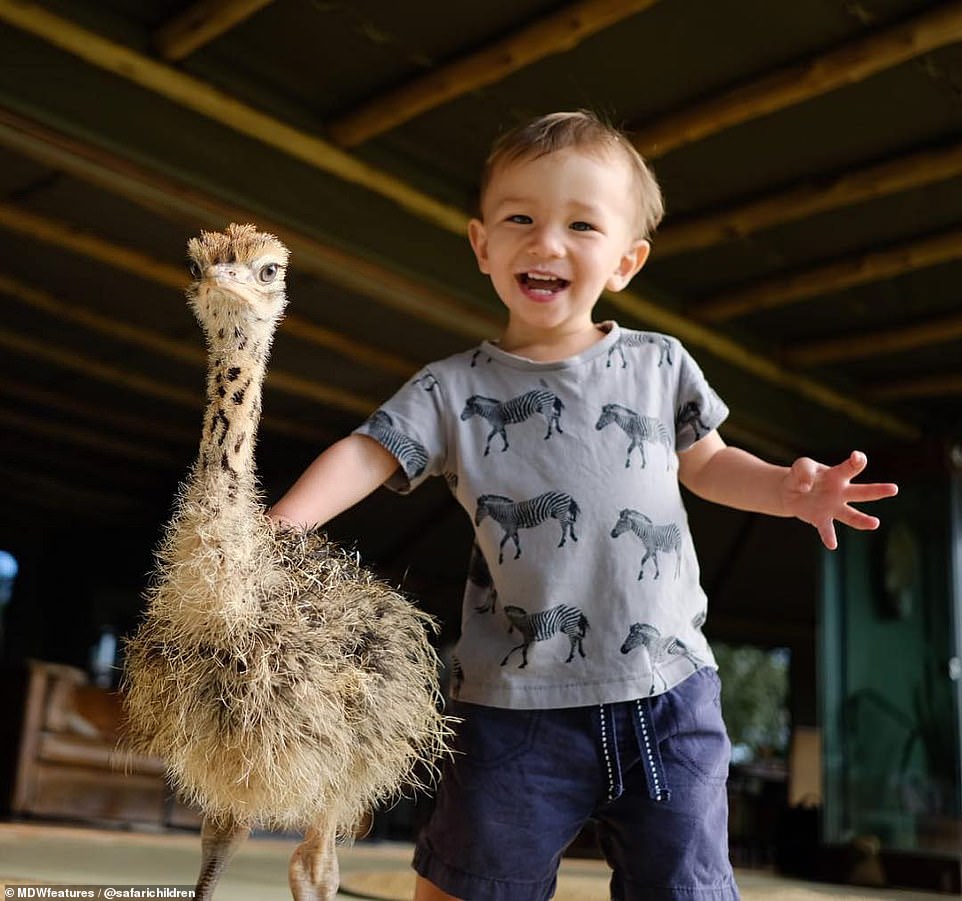 Life is more basic in Zambia with no hot water, shops, power cuts and no internet being par for the course. Pictured is Benjy playing with a young ostrich as he embraces safari life

Natalie said: ‘Both of our children were born in the UK, but we initiated them to safari early.

‘I truly believe that most children would be fascinated and awe-struck by African elephants walking past the car, or a pack of baboons playing in trees.

‘The kids love grubbing around in the dust and seeing the smaller things like beetles, frogs and chameleons.

‘They get my undivided attention on safari, so it brings us together as a family. We switch off from the outside world and tune in to each other.’ 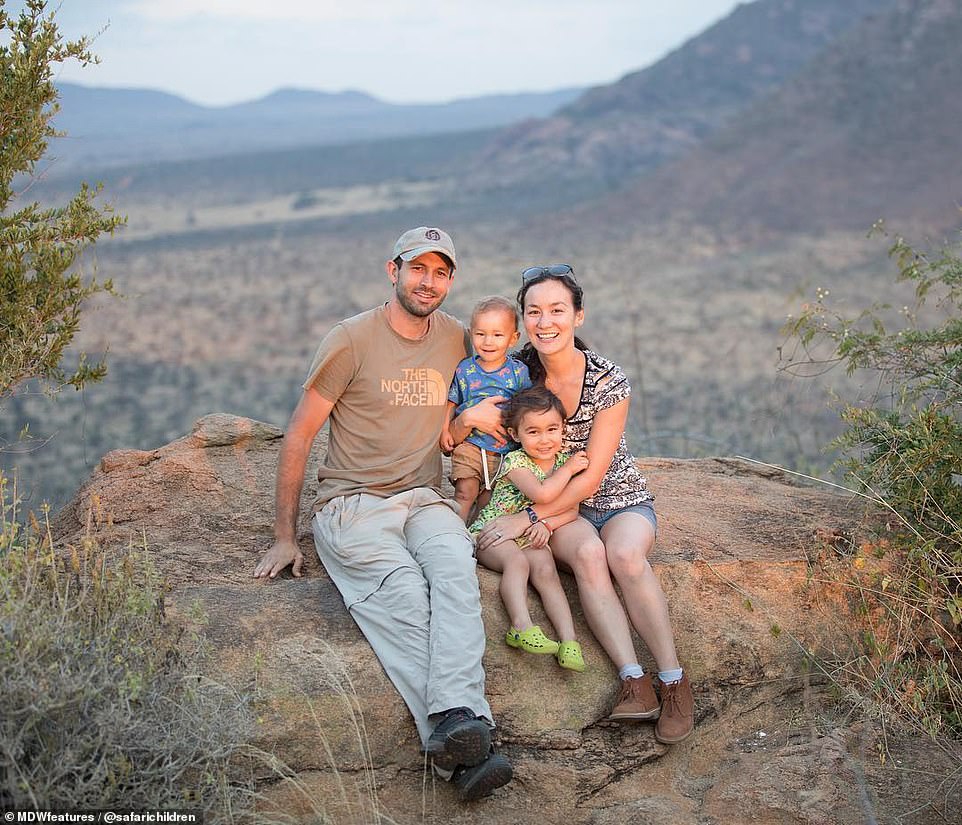 Natalie said that her children love grubbing around in the dust and seeing the smaller things like beetles, frogs and chameleons 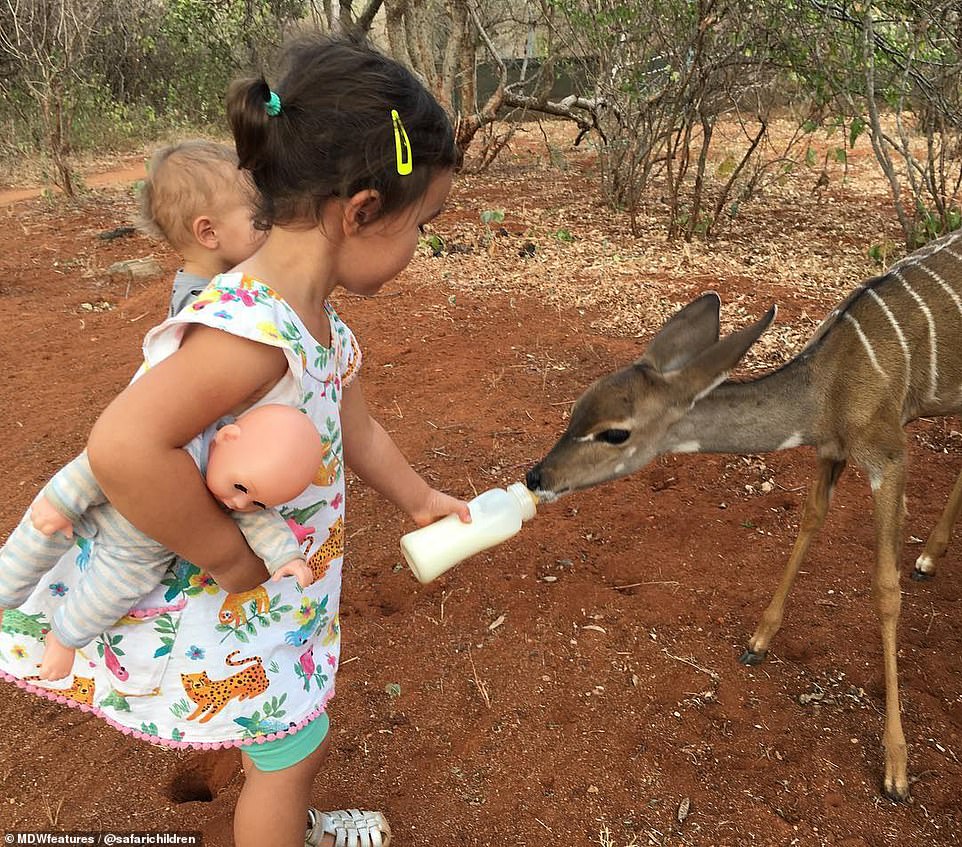 Natalie began sharing pictures of the family on safari on Instagram because their journey was unique. Pictured is Rosie feeding a young deer

Natalie now works as a locum GP, which enables her to take extended periods off to continue to travel.

She began sharing pictures of the family on safari on Instagram because their journey was incredibly unique, she felt.

Natalie hopes that by sharing images of her children with animals that are becoming increasingly endangered, she can inspire other children to get involved with wildlife conservation.

The family are currently in Kenya as Will continues with his wildlife projects, but Natalie hasn’t entirely closed off the possibility of moving to Africa more long-term.

She said: ‘Living in Zambia changed me. It made me feel grateful for what I have, and I realised life is short.

‘I realised that I’m very lucky, and there is little that can’t be overcome with positivity and hard work. 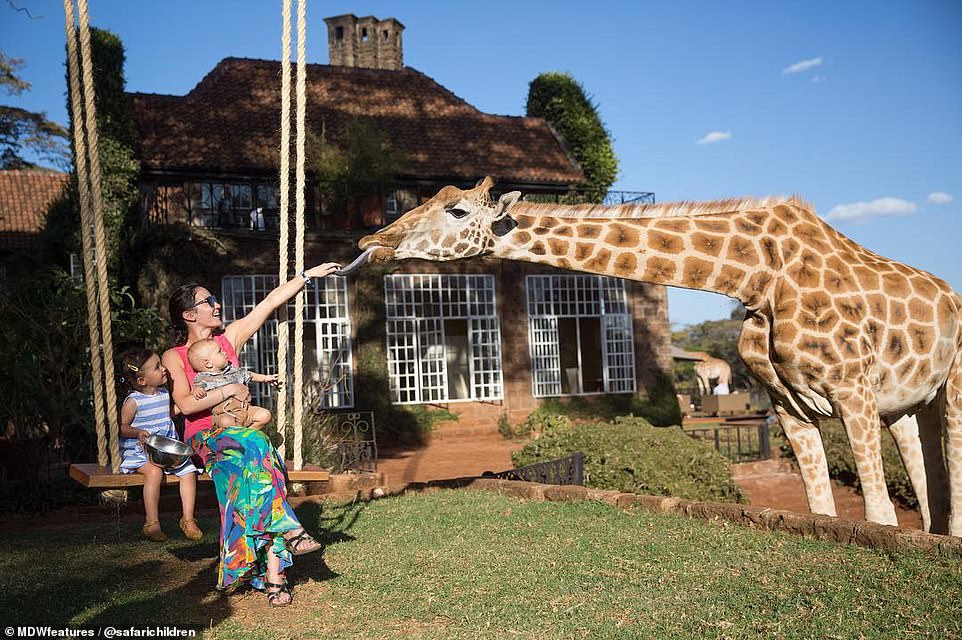 The family are currently in Kenya while Will works on some photography projects. He was able to transform his hobby into a career from spending so much time in national parks photographing animals 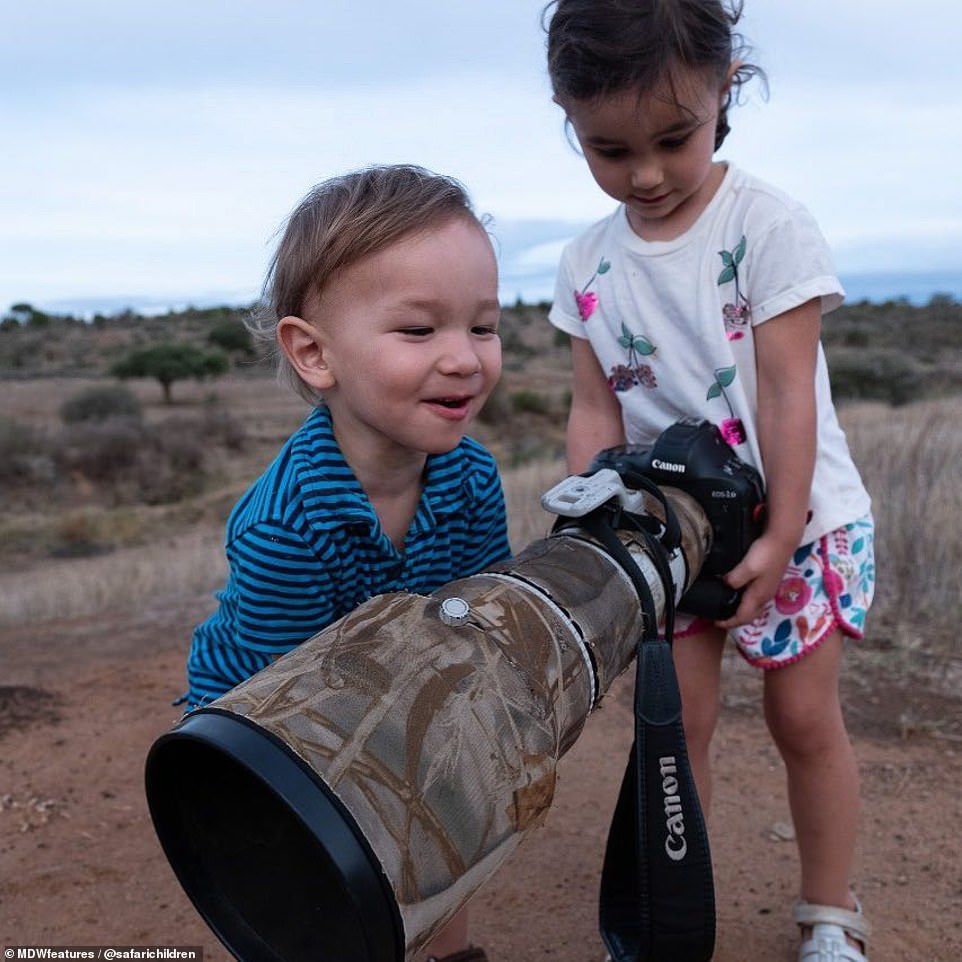 The couple believe that it is important for children to know about endangered species and hope their photos will inspire other families. Pictured are Rosie and Benjy playing with their dad’s photography equipment

‘Whilst many people in rural Zambia or Kenya live in hardship compared to those in Buckinghamshire, they have a support network of village folk around them in a way that we have lost in the UK.’

Natalie continued: ‘I loved watching Zambians looking after each other in the hospital. A friend or relative would sleep by the patient’s bedside, fetching food or cleaning them.

‘I’d love to see more people helping each other in England.

‘I’m glad my children can see how different societies work.’ 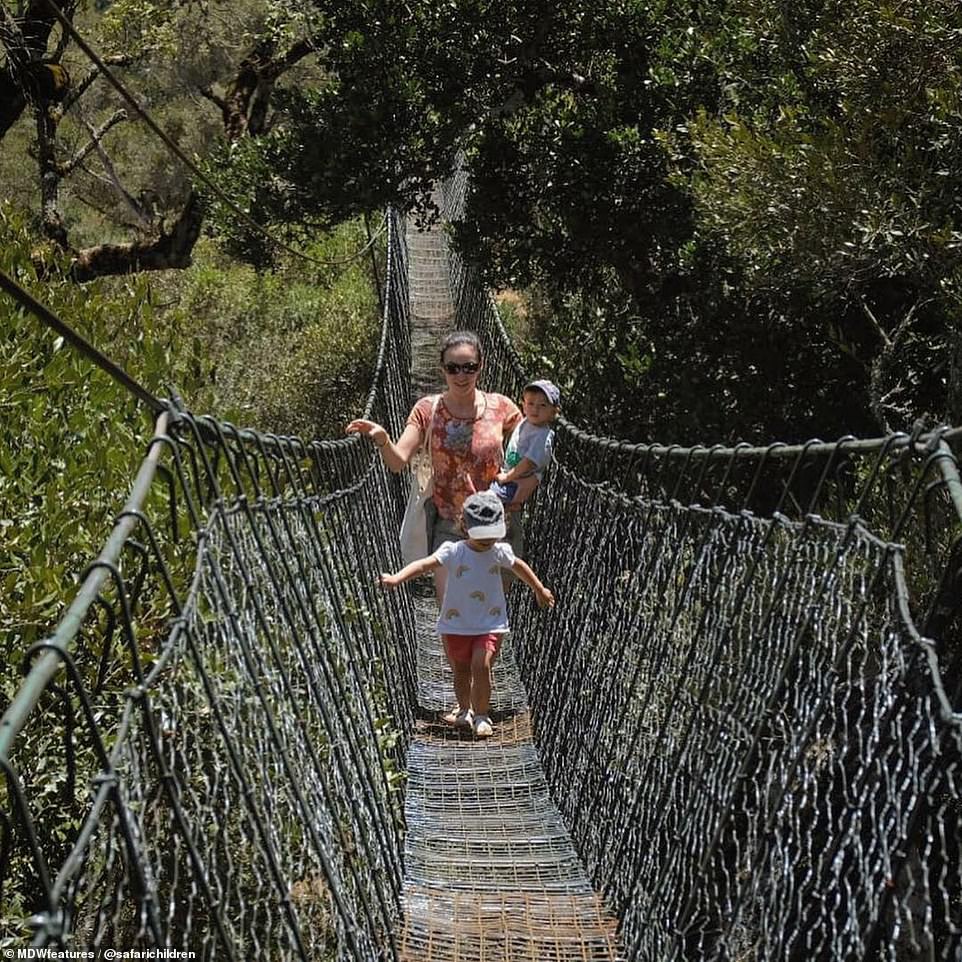 She added: ‘We have quite a unique lifestyle and I love the bond the children are developing with the natural world.

‘We realised that the fate of many endangered animals today will rest in the hands of our children’s generation.

‘If images of my children can help to inspire other families to get involved in wildlife conservation, then it will all be worthwhile.’