A woman who met a Sydney businessman via online fetish forum FetLife begged him to stop hitting her, using the safe word ‘Red’, a magistrate has been told.

But the woman agreed while her police statement, made seven months later, refers to using the word, she did not mention having said it that night in earlier posts or in an online article.

She was one of two women who gave evidence via video link in the Downing Centre Local Court on Monday at the committal hearing of Liam Gordon Murphy, who used the pseudonym The Wolf on the website.

The 42-year-old is charged with three counts of aggravated sexual assault and one count of assault occasioning actual bodily harm in 2015 in relation to the first woman.

He is charged with sexual intercourse without consent in 2016 of the second woman. Two women gave evidence via video link in the Downing Centre Local Court on Monday at the committal hearing of Liam Gordon Murphy, who used the pseudonym The Wolf on the website

In her police statement, the woman said she screamed at Murphy: ‘Please don’t hit me again, please don’t touch me again, Red.’

Prosecutor Amay Tembe asked her when she first remembered having used the word Red.

Mr Waterstreet read out a message she sent Murphy after the incident which included: ‘I did not have a safe word with you because I have always trusted you.’

She could not say why she didn’t refer to using the word Red that night in a FetLife posting.

‘I disagree,’ she replied. 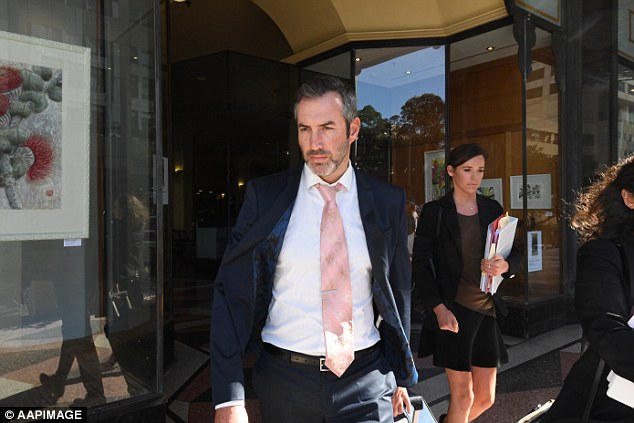 The second woman was referred to messages said to have been sent by her to Murphy but she testified she couldn’t remember them at all.

Mr Waterstreet read out some, including when she purportedly said: ‘I like the way you bring out a different aspect of me, kind of like a victim, which I’m not.’

When he asked her if there was any reason she would have said things that were not true, she replied: ‘Are you asking why I would lie to my rapist?’