Saginaw Grant, Native American actor who appeared in The Lone Ranger and on Breaking Bad, dies at 85

Saginaw Grant, a prolific Native American character actor and hereditary chief of the Sac & Fox Nation of Oklahoma, has died at age 85.

Grant had a prolific career featuring numerous roles on television and appearances in films including The Lone Ranger and The World’s Fastest Indian.

The actor died peacefully in his sleep of natural causes on Wednesday at a private care facility in Hollywood, California, said Lani Carmichael, Grant’s publicist and longtime friend.

Prolific: Saginaw Grant, a Native American actor who appeared on Harts Of The West, Nash Bridges and Baywatch, died Wednesday at age 85 of natural causes, according to his publicist; seen in 2019 in San Diego

‘He loved both Oklahoma and L.A.,’ Carmichael said. ‘He made his home here as an actor, but he never forgot his roots in Oklahoma. He remained a fan of the Sooner Nation.’

‘It’s with heavy hearts we announce a warrior has been called home,’ the post began. ‘Saginaw Morgan Grant, the hereditary chief and medicine man of the Sac & Fox tribe, traveled the world speaking of his traditions, his experiences, his sobriety and his faith as both a Native American and a Christian.’

Grant’s most significant television role was a recurring part from 1993–94 on Harts Of The West, which starred Beau Bridges and his father Lloyd Bridges.

He also played a man who sells a truck to Bryan Cranston’s Walter White on the 2013 Breaking Bad episode Ozymandias, which has gone on to become one of the most acclaimed episodes from the iconic crime series.

Grant was equally at home in crowd-pleasing shows on the major networks — with appearances on Baywatch, Nash Bridges, My Name Is Earl and Saving Grace — and acclaimed prestige shows on cable networks, including American Horror Story, Baskets, The League, Shameless and Veep. 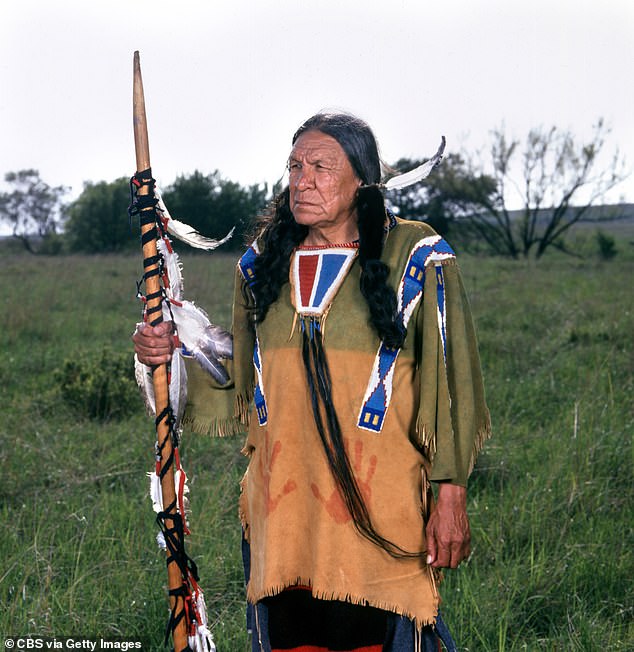 High profile: Grant had roles in the Johnny Depp and Armie Hammer film The Lone Ranger and appeared in the pivotal Breaking Bad episode Ozymandias from 2013; seen in the TV movie Stolen Women, Captured Hearts in 1997 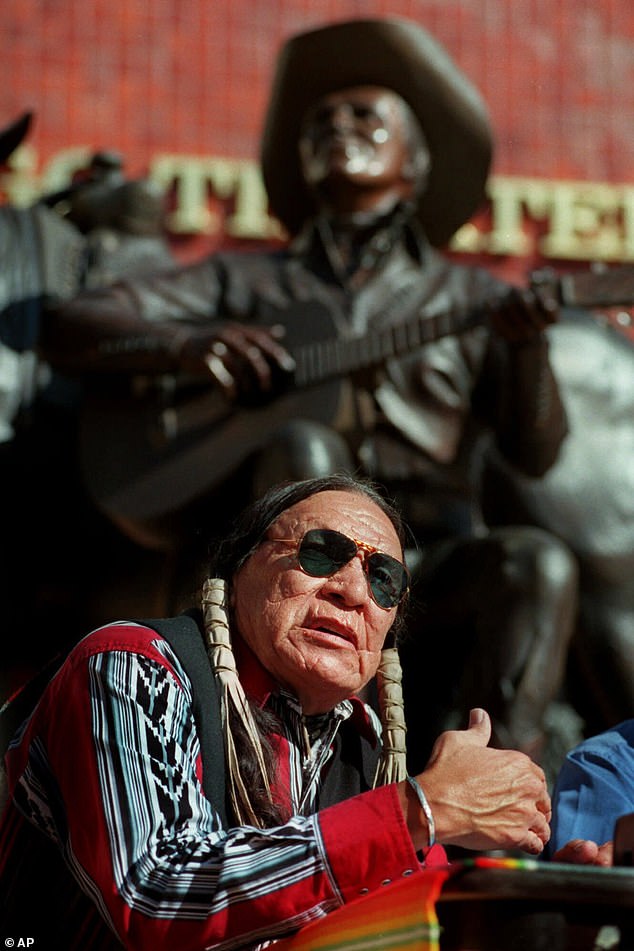 Peaceful: The actor died peacefully in his sleep of natural causes on Wednesday at a private care facility in Hollywood, California, said Lani Carmichael, Grant’s publicist and longtime friend

The actor worked twice with Anthony Hopkins, first in his 2005 film The World’s Fastest Indian and then again in 2007 on Slipstream, which Hopkins wrote and directed in addition to starring in.

He began acting in the early 1980s in commercials, before transitioning into film and television roles later in the decade.

Grant was active for years in the powwow circuit in California and traveled around the globe to speak to people about Native American culture, Carmichael added. 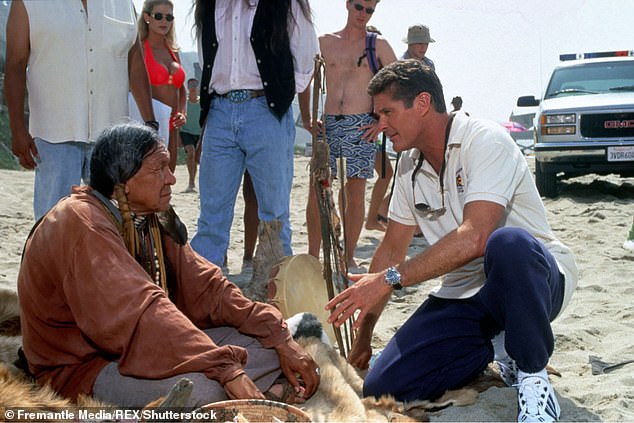 Varied career: He was equally at ease in crowd-pleasing shows on the major networks and critically acclaimed prestige shows; seen with David Hasselhoff on Baywatch

‘His motto in life was always respect one another and don’t talk about one another in a negative way,’ she said.

Grant was also active in the Native American veterans community and participated for years in the National Gathering of American Indian Veterans, said Joseph Podlasek, the event’s organizer.

‘He thought it was important for Native people to get recognized as veterans,’ Podlasek said. ‘He was kind and gentle, and very humble.’

A memorial for Grant will be held in the Los Angeles area, but details have not yet been finalized, Carmichael said.

He is survived by his daughter, Lisa, as well as his grandchildren Cassandra, Vanessa and Della, his great-grandchildren Joseph, Sherry Jo, Stephen and Micah Little Crow, and his brothers Austin and Francis 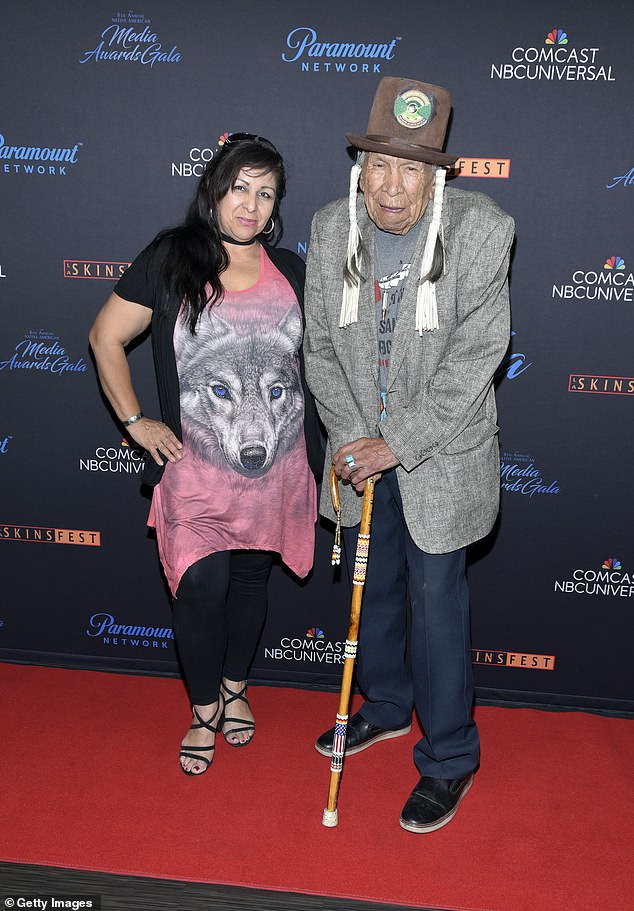 Veteran: Grant was also active in the Native American veterans community and served in the Marine Corps during the Korean War; seen with Rose Angel in 2019 in Hollywood