Sahrish Idris, 25, pictured leaving Manchester Crown Court after she was given a suspended sentence for neglecting her child who died after being left in the bath

A single mother whose three-year-old child died in mysterious circumstances after she left him unattended in a bath for up to 15 minutes, walked free from court today.

Sahrish Idris, 25, was detained when paramedics were called to the family home on Mother’s Day this year and found three-year-old Aayan lifeless on the bed.

He was pronounced dead despite efforts to revive him.

Tests were later unable to establish how Aayan died but doctors believe he may have suffered heart failure.

His mother claimed she had left the youngster in the bath with his toys to fold some clothes only to find him face down and unconscious when she returned.

But inquiries revealed the family had been known to social services after Aayan was taken ill at home in Rusholme, in Manchester, a year earlier when he swallowed three of his mother’s sleeping tablets.

A month after the boy’s death, Idris was herself admitted to hospital when she was found with ten razor blades in her handbag having earlier vowed to throw herself off a motorway bridge.

It was later claimed she had told a nurse Aayan had not even had a bath on the day of the tragedy.

She said: ‘I’ve told too many lies, nobody knows the truth about the day my son passed.’

She was alleged to have told a second nurse: ‘It’s the guilt because of what I did, you know, it’s my fault I’ve not been truthful with police, they think he slipped in the bath, he didn’t even have a bath that day.’

It was claimed she told the same nurse she had previously given Aayan sleeping tablets ‘just to see what would happen’. 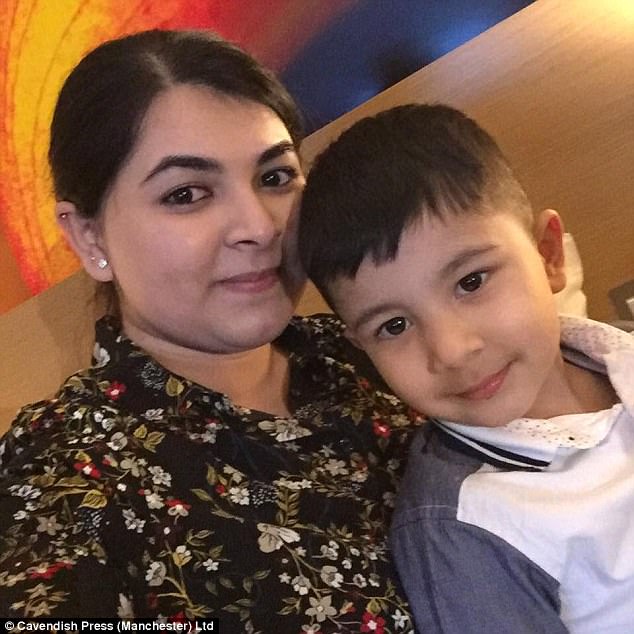 Sahrish Idris, 25, was detained when paramedics were called to the family home on Mother’s Day this year and found three-year-old Aayan lifeless on the bed 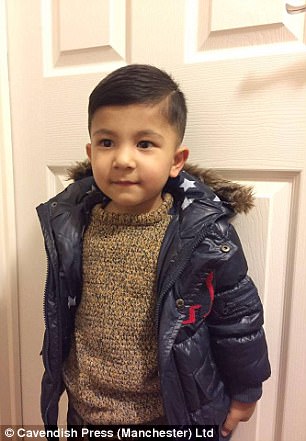 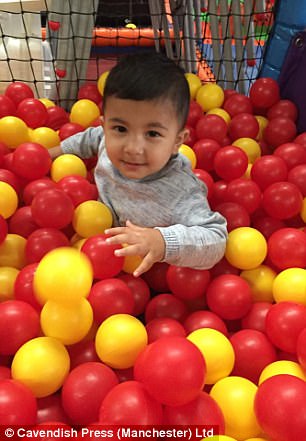 At Manchester Crown Court, Idris admitted two charges of child cruelty but was given a six month jail term, suspended for two years, after neighbours, friends and family insisted she had a close relationship with the child.

Her lawyers argued some of the questioning from the medical staff ‘went beyond what they should have done.’

The tragedy happened at 10.30pm on March 26 when Idris rang 999 and paramedics attended her home to find the mother in a ‘hysterical and distressed’ state with her son lying naked on a bed in an upstairs double bedroom.

As the ambulance staff tried to revive Aayan, his mother said: ‘I put him in the bath with his toys and left him to go downstairs and fold clothes.’

She said she left Aayan alone and unattended in the bath for 10-15 minutes and when she returned, she found him in the bath face down and unconscious.

The youngster was pronounced dead at the Royal Manchester Children’s Hospital at 12.30am. 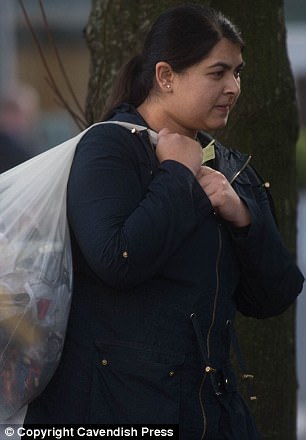 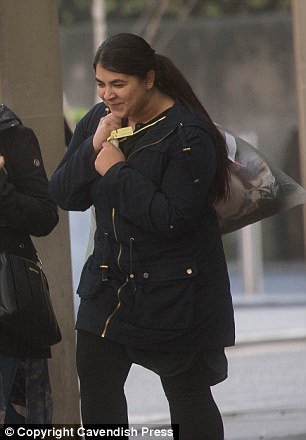 Mark Kellet prosecuting said: ‘The examination of Aayan showed pathological features consistent with drowning however, the prolonged attempts to resuscitate Aayan meant that there was no direct evidence that he had drowned. A doctor identified evidence of minor head injury, but nothing close to or at the time of death. It did not appear, for example, that Aayan had slipped in the bath.’

Another medic later identified Sudden Arrhythmogenic Death Syndrome (SADS) as a possible cause of death.

Mr Kellet said: ‘When asked if she thought it was safe to leave a three-year-old unattended in a bath, she said that she believed it was because that is what she had been doing this for around four months and he had always been safe.

‘Given that Aayan was just three-years-old leaving him in a bath unattended and out of earshot for 10 to 15 minutes amounted to neglect.’ 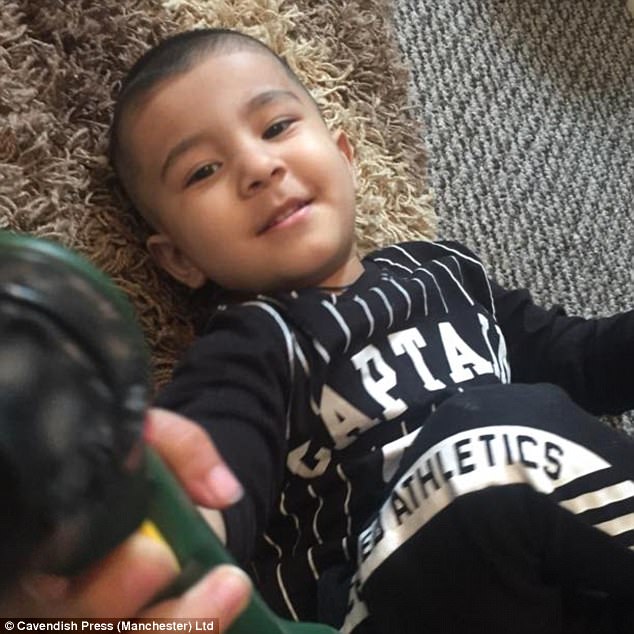 Aayan was left alone and unattended in a bath for 10-15 minutes and when his mother returned, she found him in the bath face down and unconscious

Her lawyer Stephen Meadowcroft QC said in mitigation: ‘All of the evidence in this case does indicate she had a good and close relationship with her child. This came from the police officer who visited, from somebody at the local day nursery where he had been attending for some time and it comes from neighbours, friends and members of her own family.

‘He was always clean and tidy, always healthy and well mannered and they were all utterly astonished that there was any allegation made that she didn’t treat him in any way properly.’

Passing sentence Judge David Stockdale QC told Idris: ‘This is a tragic case. You left your son alone in the bath for 10-15 minutes and during that time in your absence he suffered an episode or an incident which led to his death.

‘Expert medical evidence is clear that an episode of SADS cannot be ruled out as a cause of death. But you were guilty of cruelty to him on the two occasions and you are guilty of putting him at risk to his safety.

‘Since his death you carry the burden of knowing you ill treated him which you will carry for the rest of your life without the opportunity of making it up to him. You have had a difficult time in your life with substance abuse and domestic abuse and I take all of that into account.

‘You have demonstrated and there is witness evidence to support that your son was well cared for, well fed, clothed and looked after and those are matters that I take significantly into account. My opinion is that these are isolated and one off incidents.’