Sailor Jerry: The job of every party animal’s dreams

The job of every party animal’s dreams: A leading alcohol brand is hiring someone to throw ‘epic events’ in the role of ‘chief party innovator’

An alcohol brand is giving one lucky Australian the chance to party hard, craft world-class cocktails and travel the globe for a living.

New York-based rum label Sailor Jerry is hiring a ‘chief party innovator’ in Sydney to throw ‘the most epic parties Australia has ever seen’.

To be successful, applicants should have a passion for music, art and alcohol, be prepared to travel the world at a moment’s notice and above all – know how to party.

Hopefuls must upload their CV, Instagram handle and a unique video showcasing all the reasons they are the perfect candidate for the job to Sailor Jerry’s official application site.

WHAT IT TAKES TO BE A ‘CHIEF PARTY INNOVATOR’

To be successful, an applicant should…

– Know how to command a room

– Know how to throw an ‘epic’ party

– Always be the centre of attention

– Have a strong appreciation of tattoos, music, art and travel

– Enjoy drinking all sorts of rum

Desirable qualities for the role include natural charisma, the ability to command a room and hold an audience’s attention, the tendency to follow a ‘rock’n’roll’ lifestyle and a passion for drinking all kinds of rum.

The successful applicant will spend less time in an office and more time in bars, mingling with bartenders, industry experts and rum connoisseurs.

Days will be spent socialising at festivals and events, while nights will be whiled away in pubs and clubs, entertaining and ordering ‘large rounds’ for guests and exploring new opportunities to bring rum to a wider audience.

The dress code is a ‘free for all’, with employees who arrive in suits or smart attire likely to face a ‘formal warning’ from Sailor Jerry bosses. 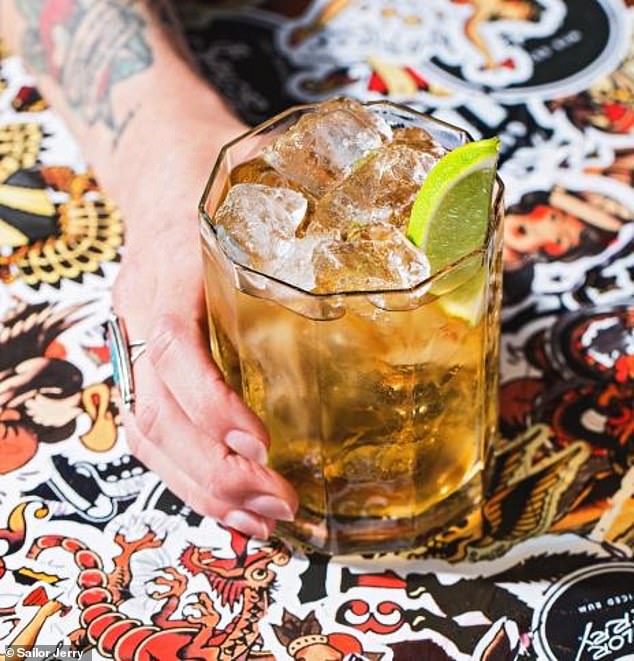 ‘We prefer the sleeveless look – the only sleeves accepted are tattoos.

‘This is a role that won’t come round too often. Don’t live a life full of regrets,’ the job advertisement says.

The unique position has been created to celebrate the launch of the brand’s first ever ‘Ready To Drink’ cans (RTDs), a pre-made blend of alcohol and mixer in two flavours, rum and cola and rum, ginger ale and lime.

Australian rum lovers will be the first to taste Sailor Jerry’s RTDs before they launch across Europe and North America later this year.