Sainsbury’s boss stands down: Mike ‘We’re in the money’ Coupe toppled by failed Asda takeover and ailing share price as inside man Simon Roberts takes the top job from June

Sainsbury’s chief executive Mike Coupe is standing down and heading into retirement after six years in the role, the supermarket revealed.

Mr Coupe, who launched the abortive attempt to buy rival chain Asda in 2018 – during which he was famously caught singing ‘We’re in the money’ on national media – will remain until the end of May. The company’s director of retail and operations Simon Roberts will then replace him.

Mr Roberts, 48, joined Sainsbury’s in 2017 having formerly been executive vice president of Walgreens Boots Alliance and president of its Boots unit. Prior to that, he was managing director of Boots UK.

His appointment means two of the biggest UK supermarkets will be run by Boots alumni, as Ken Murphy, a former joint chief operating officer at Boots UK & Ireland, will succeed Dave Lewis as chief executive of Tesco in the summer.

Sainsbury’s has been engaged in a tough battle with the other major British supermarkets for a share of the groceries market over recent years, as well as the German discount chains, Aldi and Lidl.

The battle led to Coupe’s time in charge being overshadowed by the protracted and ultimately failed bid to merge with rival Asda, owned by American chain Walmart.

The shock merger, plans for which were first revealed in April 2018,  was made impossible by concern held by the competition watchdog which Sainsbury’s could not adequately address.

Most commentators had expected Coupe to depart in the wake of the failure last April but he stayed in post, until now.

But his position has been made untenable by the ailing Sainsbury’s share price, which has fallen around 20 per cent over the last year, and by a third since July 2018.

Coupe said: ‘I feel very privileged to have spent almost six years running Sainsbury’s, in a period that has been the most challenging and competitive of my 35-year career in retail. Sainsbury’s is a very different business today to the one I took over in 2014.’

The outgoing boss said he is ‘proud’ that nearly 20 per cent of total sales now come from online.

‘This has been a very difficult decision for me personally. There is never a good time to move on, but as we and the industry continue to evolve, I believe now is the right time for me to hand over to my successor.’

Sainsbury’s chairman Martin Scicluna paid tribute to Coupe who has spent more than a decade and a half with the business, saying: ‘He has added enormous value to the business, to our colleagues and to our shareholders over that time.’ 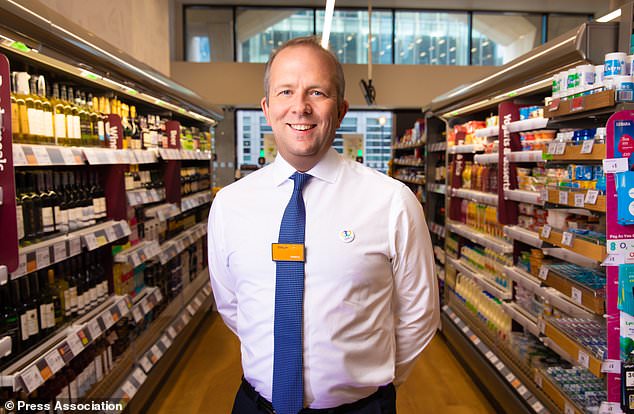 Simon Roberts will be the new boss of Sainsbury´s, starting later this year. (Sainsburys/PA

Of Roberts he said: ‘Simon has been extremely effective during his three years at Sainsbury’, leading our store teams through great change in that time.’

‘Simon is a dedicated, determined and enthusiastic champion of the customer and of our colleagues and has overseen sustained improvements in our competitiveness during his time so far.’

AJ Bell investment director Russ Mould said:  ‘Farewell, Mike Coupe, the deal-hungry Sainsbury’s boss who may unfortunately be remembered for his singing rather than retailing. He did the dance with Argos and Nectar but tripped up with attempts to marry Asda and partner with Danish retailer Netto in the UK.

‘Just when you thought being caught on camera singing ‘we’re in the money’ was a low point, the Asda merger subsequently didn’t happen and Coupe was left scrabbling for a plan B.’ 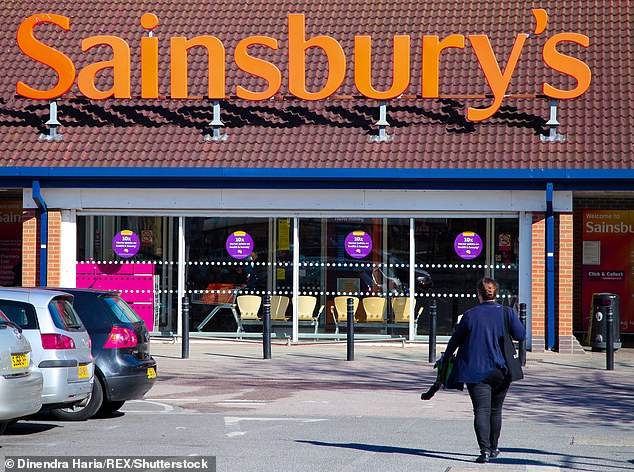 Sainsbury’s has been engaged in a battle with the other major British supermarkets and German discount chains Aldi and Lidl.

‘Despite such hiccups, it is fair to say that he wasn’t afraid of making some bold strategic decisions, even if perhaps he should have been paying closer attention to the day-to-day running of the business,’ Mould continued. ‘Argos is proving to have been a good deal and recent grocery trading has been fairly resilient despite intense market competition.

‘Coupe’s replacement is Simon Roberts who is currently the retail and operations director at Sainsbury’s. With a background at Marks & Spencer and Boots, he will be no stranger to the operational challenges facing large retailers.’

‘His agenda is likely to focus on getting more out of the existing business rather than finding new things to bolt on. Like most retailers, the priority is to have a superior digital offering and a top-notch supply chain. That is likely to involve investment in IT and logistics, something that sounds very similar to Marks & Spencer’s current situation.’