Simon Buzdygan-Neal, from Grantham, Lincolnshire, was astonished to see a freezing child walking alone at 1am along a dual-carriageway – carrying a pair of shoes

A Sainsbury’s truck driver was astonished to see a freezing child walking alone at 1am along a dual-carriageway – carrying a pair of shoes.

Simon Buzdygan-Neal, from Grantham, Lincolnshire, who found the boy while driving on the A43 in Northampton, said he must have been aged only between two and three years old.

And though police were soon called to help, it still took nearly four hours of door-knocking at neighbouring homes to find the boy’s parents.

The driver, father to one, told Lincolnshire Live how he quickly braked when he discovered the unnamed child walking by himself on December 28 at 1am.

‘At first I didn’t know what it was. It was only when I went to move into the second lane and got closer that I realised what it was.

‘I thought to myself “Oh my God, that’s a child”‘, said Simon, whose own son was born in September.

The 35-year-old approached the frightened toddler – who carried a pair of his shoes – as he couldn’t see any parents around. ‘I put my hazards on and pulled over – I think my lorry frightened him as he started walking towards the island near the slip road.

‘A car pulled into the junction but didn’t seem too bothered when I told him what had happened, so I had to put him down while I called the police,’ Simon added.

The trucker waited with the boy in his lorry until police arrived and asked him where his parents were.

‘I was asking him where his mummy and daddy were and whether he lived in the houses near the road.

‘He just replied in baby talk, so I couldn’t really tell.

‘He cried when I picked him up, he was freezing cold, bless him.

‘When I told the police they kept asking me to repeat what I was saying as I don’t think they could believe it was a child.’ 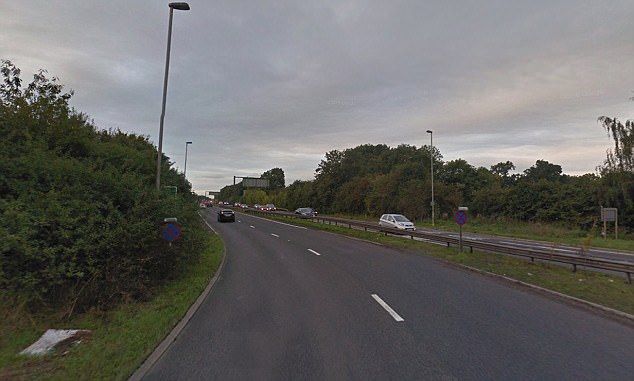 Simon found the boy while driving on the A43 (pictured) in Northampton, and said he must have been aged only between two and three years old

Officers quickly arrived and the little boy was taken to the local police station under safeguarding measures.

The shocked driver still can’t believe what occurred and said he ‘dreads to think what could have happened had I not found him.’

He said: ‘It is shocking, the shock hasn’t sunk in. You never expect to see a child on the road.

‘Had he walked into the front of my lorry – I wouldn’t have been able to stop in time.

‘It was freezing so had he got lost, who knows what would have happened?’

But as a parent himself, the Sainsbury’s employee passes no judgement on the parents and doesn’t want anyone else to without their side being known. 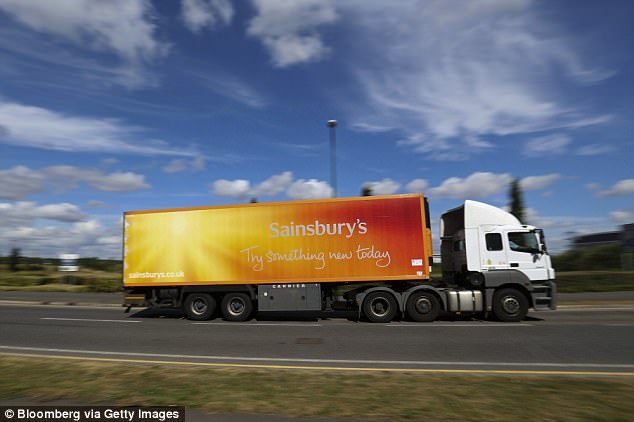 As a parent himself, the Sainsbury’s employee passes no judgement on the parents and doesn’t want anyone else to without their side being known

Simon added that mistakes can happen with doors being unlocked and the parents were most likely upset, but that as a dad, he will no longer be leaving his key on the side – just in case.

Northamptonshire Police confirmed the incident and said the child had now been reunited with his parents.

A spokesperson added: ‘We were called out to Lumbertubs Lane in Northampton at 1.05am in relation to a child being found at the side of the road.

‘We knocked on a number of houses nearby as part of our inquiries.

‘We located the family and the child was reunited with his parents at 4.45am.’

Northamptonshire County Council have been contacted as to whether social services are involved.