Sajid Javid adopts the power pose outside the Home Office

The newly promoted minister greeted a crowd of photographers outside the Home Office as he takes up the new job in wake of Amber Rudd’s resignation.

And he was pictured spreading his legs and adopting the famous ‘cowboy stance’ David Cameron, George Osborne and Theresa May have all used.

With his legs akimbo and planted firmly on the ground, Mr Javid beamed as he posed for the press before greeting his new team at the Home Office.

Twitter users gently poked fun at the minister’s striking stance – comparing him to the Prince Regent in Blackadder and a Subbuteo character.

The so-called power pose first burst onto the stage in 2010 when a scientific paper said those adopting the striking stance were projecting power. 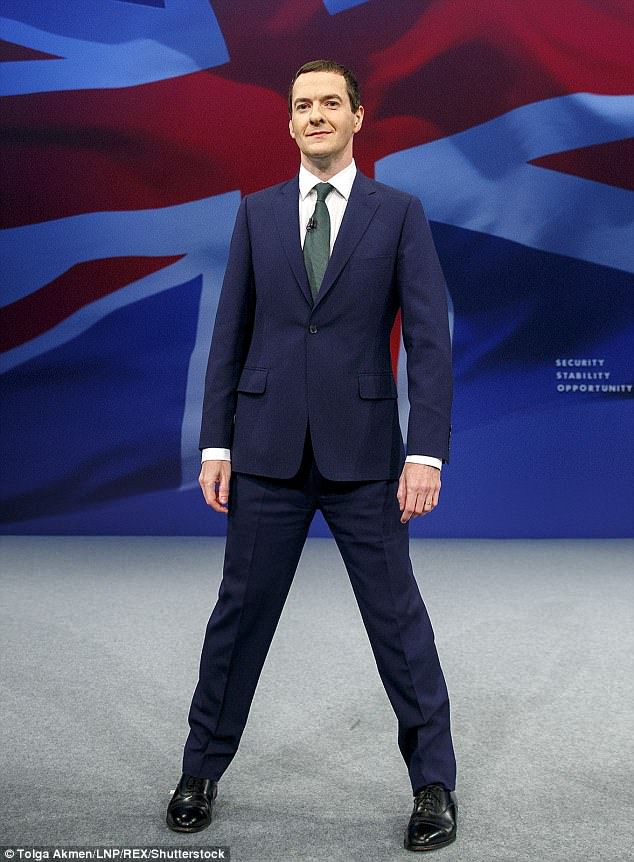 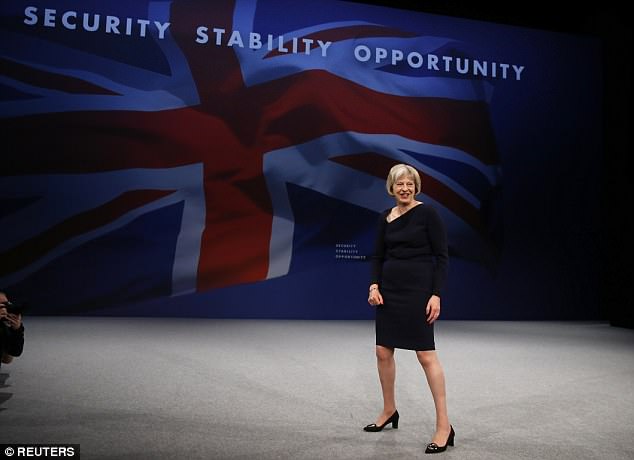 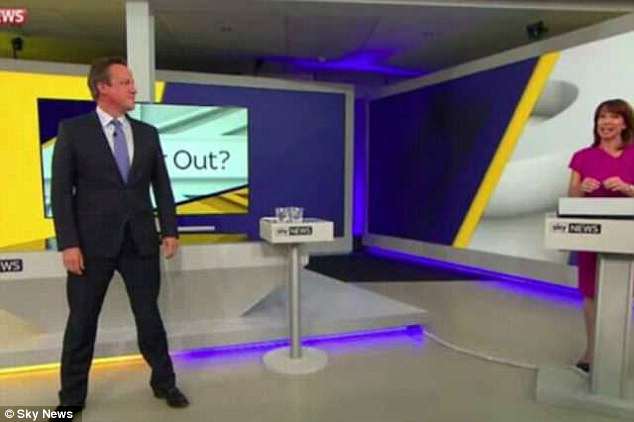 Columnist David Brooks has summed up the thinking behind the pose, writing: ‘If you act powerfully, you will begin to think powerfully.’

Twitter users who spotted the stance were quick to poke fun at Mr Javid’s post – comparing it to the Prince Regent in Blackadder and rock and roll guitarists.

Sajid Javid struck his pose to project power in a way similar to Vladimir Putin or Donald Trump, a body language expert has said.

But Darren Stanton said the new Home Secretary’s stance is so extreme it risks backfiring and looking a bit ‘odd’.

He told Mail Online: ‘That is off the scale power.

‘It is something that Putin or Trump might do.

But he warned that Mr Javid’s stance is so extreme it looks a bit ridiculous.

He said:’It is so grandiose it does look odd.

‘It is too extreme.’

British Sailing poked fun at the new Home Secretary for adopting the stance – which they suggested he may have swiped from their advertising campaign.

While an American Twitter user posted a montage of rock guitarists including Slash from Guns N Roses adopting the Mr Javid-esque stance.

Alongside the images Jesse Busen wrote: ‘Skims British twitter – is it guitar power stance day across the pond?’

Mr Osborne rocked the pose at the 2015 Tory party conference – just months after the party secured  their first outright majority since 1992.

During the same conference Mrs May also adopted the pose as she took to the stage as Home Secretary to address the party faithful.

While Mr Cameron also adopted the striking pose in June 2016 when he appeared on the Sky News EU referendum debate urging the public to back Remain.

But as Tory ministers enthusiastically took up the pose, others have been busy rubbishing it and predicting its demise.

Dana Carney, one of the authors of the 2010 report ‘Power Posing: Brief Nonverbal Displays Affect Neuroendocrine Levels and Risk Tolerance’ which helped popularised it, says it is actually ineffectual.

She has said: ‘I do not believe that ‘power pose’ effects are real.’

Mr Javid is said to be ‘delighted’ after being elected to the job after Ms Rudd quit in a row over deportation targets for illegal immigrants.

The son of a bus driver, he is the first ethnic minority politicians to hold one of the great offices of state – Home Secretary, Foreign Secretary, chancellor or Prime Minister. 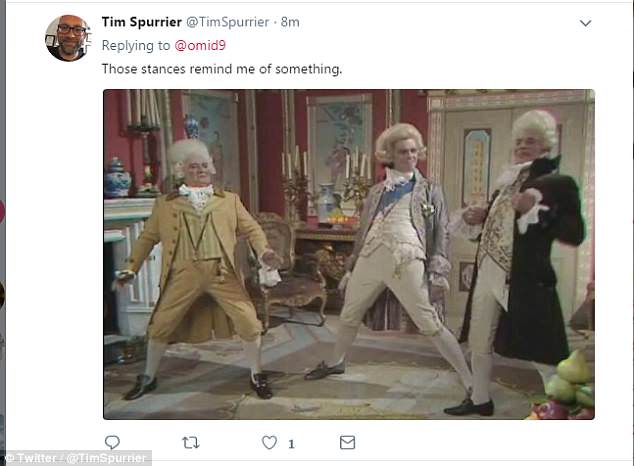 One Twitter user spotted that Tory ministers were not the first to adopt the stance, which was also mocked in Blackadder the third (pictured) 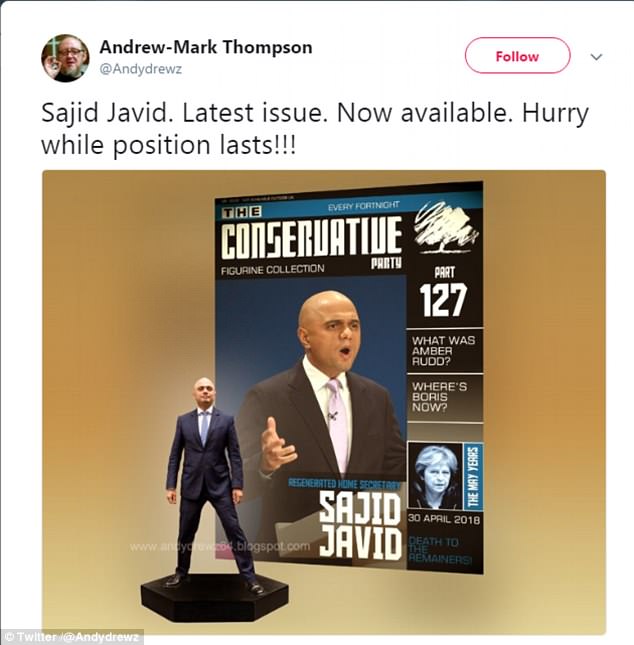 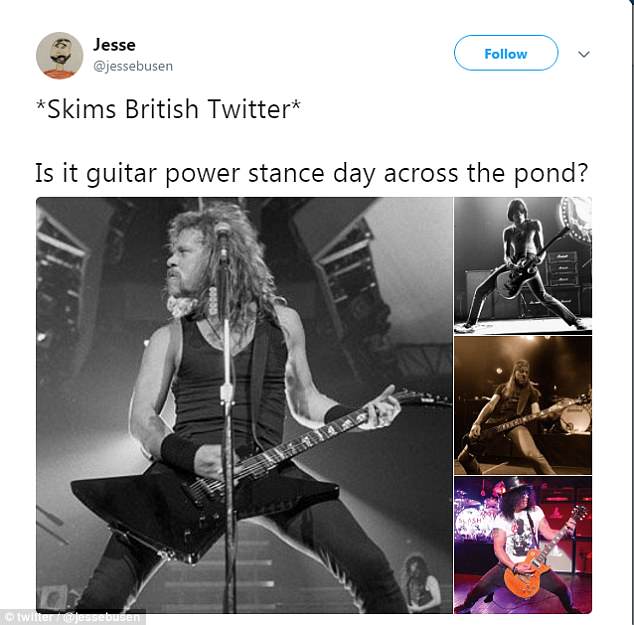 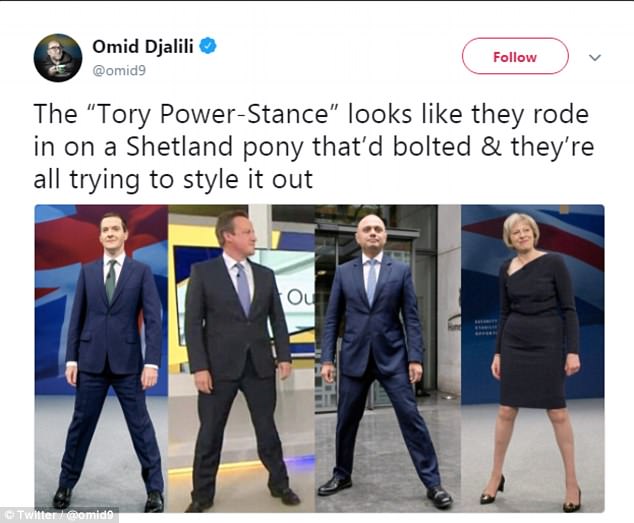 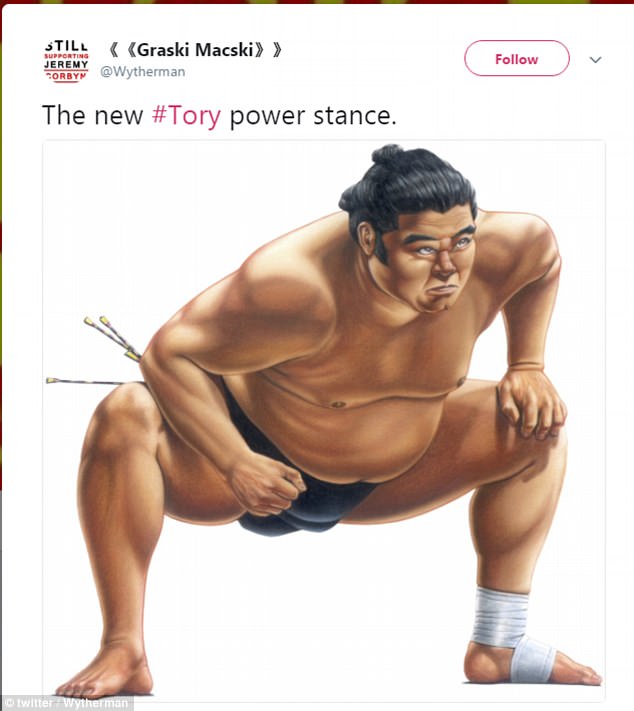 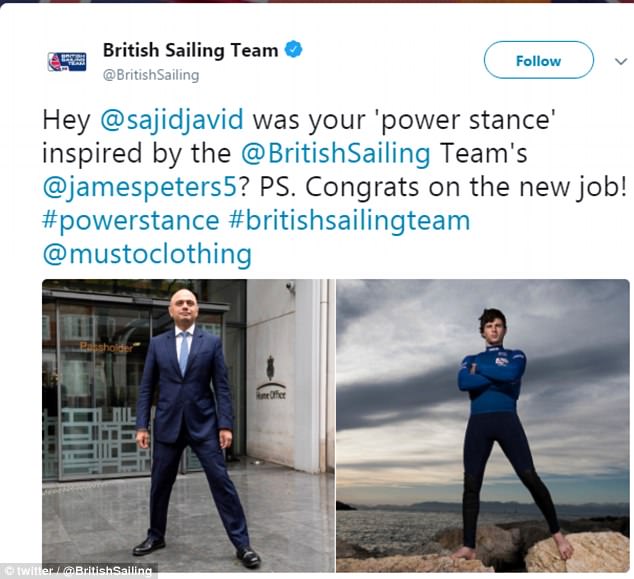 The new Home Secretary, 48, admitted he had not yet phoned his mum to tell her about his new job.

But arriving at Marsham Street for the first time he told waiting reporters his family would be proud of his achievement.

Mr Javid, whose parents came to Britain from Pakistan in the 1960s, had appeared to audition for his new post yesterday.

And after getting the post, the multi-millionaire former banker, a married father of four, said: ‘My parents came to our great country in the 60s,’ he said.

‘They came from Pakistan to help build this country.

‘I think for them to see one of their sons rise to this great office of state, I’m sure they will be very proud.

‘But I haven’t called my mum yet but I will do later.’