Sajid Javid was last night under growing pressure to U-turn on the move to ban France from quarantine-free travel for the fully-jabbed.

French and British politicians as well as tourism and business chiefs lined up to brand the move ‘ludicrous’, calling on the Health Secretary and his Cabinet colleagues to reverse the decision.

It came as figures suggest Beta variant rates have been falling in France while increasing in Spain and Greece.

But France was singled out and moved into an ‘amber plus’ category on Monday, with ministers citing concerns about the prevalence of the Beta variant there.

It means double-jabbed holidaymakers returning from France must quarantine for up to ten days. Fully vaccinated travellers from the more than 140 other amber countries can sidestep quarantine.

Sajid Javid was last night under growing pressure to U-turn on the move to ban France from quarantine-free travel for the fully-jabbed. Pictured: Beach near City of Nice, Cote d’Azur, France)

He told the Mail: ‘Quarantining fully vaccinated people is ludicrous and sends the wrong message.’

Loic Fery, a high-profile French business leader who regularly works in the UK, said the new rules were ‘incomprehensible, illogical’ and ‘almost laughable’ and called for UK and French officials to ‘find a solution’ as soon as possible.

According to the European Centre for Disease Prevention and Control, France recorded around 465 cases of the Beta variant over the most recent four-week period – about 7.6 per cent of all new cases sequenced. In the four-week period before this, at least 864 cases were registered, or 10 per cent. In Spain, Beta rates have gone up, with a spike in the most recent seven-day period, when it accounted for more than 20 per cent of new cases.

The same pattern also applies to Greece, where Beta cases represented on average 7.7 per cent of all new infections for the most recent four-week period, up from 0.4 per cent. Labour’s Ben Bradshaw, who sits on the transport committee, said: ‘Placing France on the amber plus list was absolutely ridiculous and the Government should reverse it immediately.’ 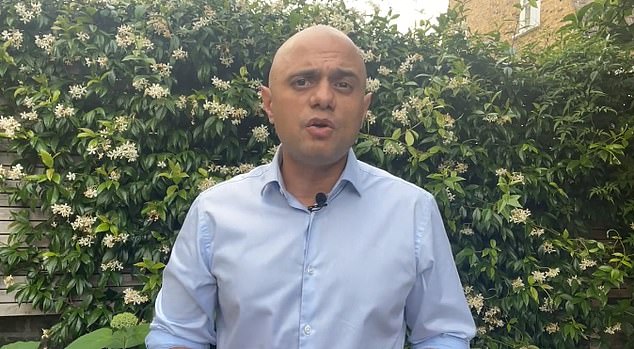 French and British politicians as well as tourism and business chiefs lined up to brand the move ‘ludicrous’, calling on the Health Secretary (pictured) and his Cabinet colleagues to reverse the decision

Industry bosses are expecting the busiest weekend so far this year for foreign travel, with hundreds of thousands of lockdown-weary families looking to get away as school summer holidays begin.

British Airways chief executive Sean Doyle said: ‘Our successful vaccination programme – including effectiveness against variants – should have given us the confidence to get back in the air, but the goal posts are constantly shifting.’ Steve Heapy, chief executive of Jet2holidays, said: ‘The Government has repeatedly said that it will work with the travel industry, however the sudden appearance of a new category from absolutely nowhere helps nobody.’

Henry Smith, chairman of the Future of Aviation group of MPs, said: ‘The Government must act with urgency to not only remove France from the amber plus category, but to abolish the category altogether.’ The Royal Statistical Society yesterday called on the health department to publish the data behind its decision.

It said: ‘Major policy decisions continue to be announced, supposedly informed by data, but with no evidence published.’

A Government spokesman said: ‘The Joint Biosecurity Centre has assessed that France is a high-risk Covid-19 destination due to the circulation of variants of concern.’