A former associate of Salim Mehajer allegedly found spent bullet casings in front of his home the morning after reportedly receiving a threatening phone call demanding more than $70 million.

The former director of one of Mr Mehajer’s companies claimed the caller spoke in a ‘robotic voice’ and said they knew his name and where he lived, the Daily Telegraph reports.

State Crime Command detectives are investigating the suspicious phone call, what if anything Mr Mehajer knows about it, and whether Mr Mehajer has also been a victim.

After receiving the call on October 13, at least two empty casings were allegedly located the next day outside the law firm employee’s south-west Sydney property.

Police said initial inquiries indicated the alleged casings were ‘not the result of a shooting at that location.’

The victim claimed the caller referred to ‘gunshots’ and how they should serve as a ‘warning.’

Mr Mehajer, who rose to fame after his lavish 2015 wedding, faces yet another hurdle in a seemingly endless track of controversy. 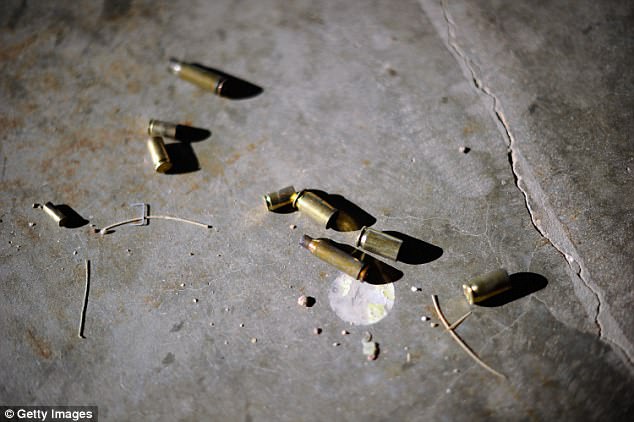 The morning after the phone call, at least two empty casings were located outside the law firm employee’s home (stock photo of casings used)

The former Auburn deputy mayor was due to appear in the Downing Centre Local Court last Monday over charges of assaulting a Channel Seven journalist last year.

But just after leaving his home on the way to court, his white Mercedes 4WD was involved in a crash, trapping him inside for up to 20 minutes.

He was rushed to Westmead Hospital with neck injuries after the accident on Delhi Street, in Lidcombe.

The businessman was set to appear in court four times throughout the week for a variety of civil and criminal charges. 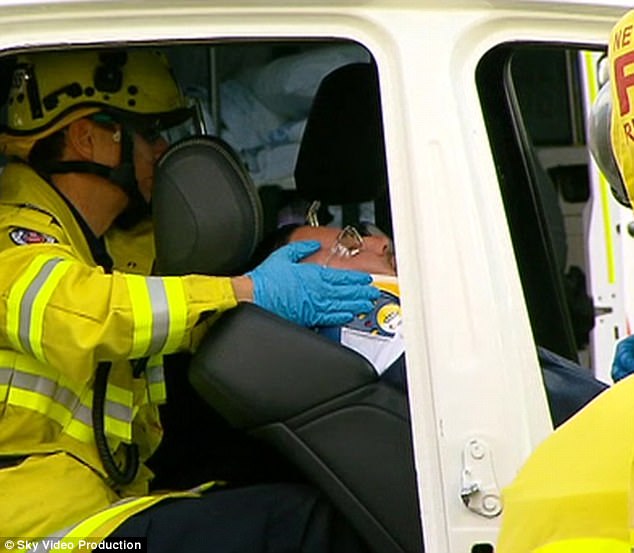 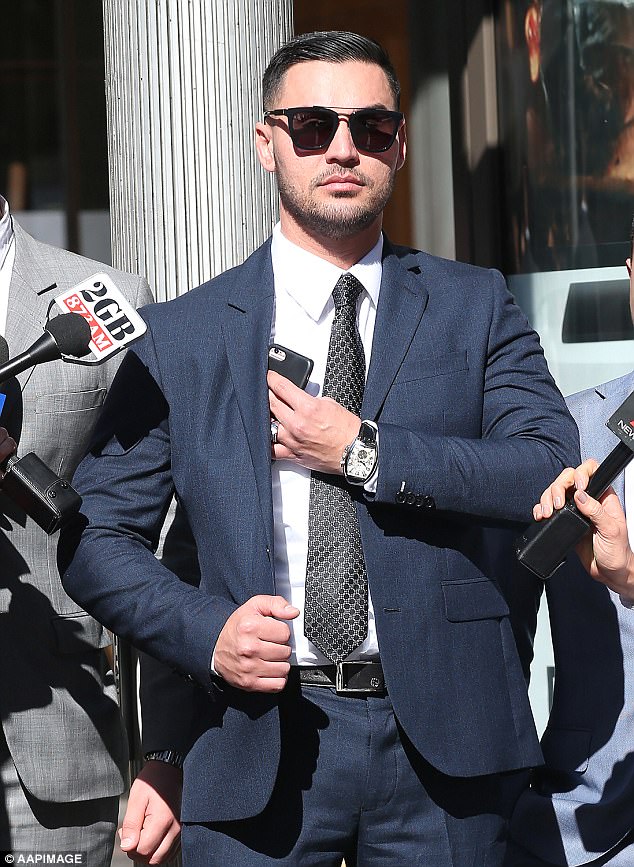 Explaining his client’s absence to the court, his lawyer said Mr Mehajer (pictured) had been in a motor accident and his injuries were ‘relatively serious’

The accident happened just streets from Mr Mehajer’s house which was shut down in 2015 so helicopters and a bevvy of sports cars could enter for his lavish wedding.

Monday morning’s accident follows a serious crash in 2012, in which Mr Mehajer lost control of his $300,000 Ferrari 612 Scaglietti and ran over two women.

Found guilty of negligent driving in October 2012, he was disqualified from driving for 12 months and sentenced to 150 hours of community service.

He also paid a $1.7 million settlement to Nhu Hua, then 68, and Tuyet La, 40, who suffered serious injuries to their leg and pelvis in the crash. 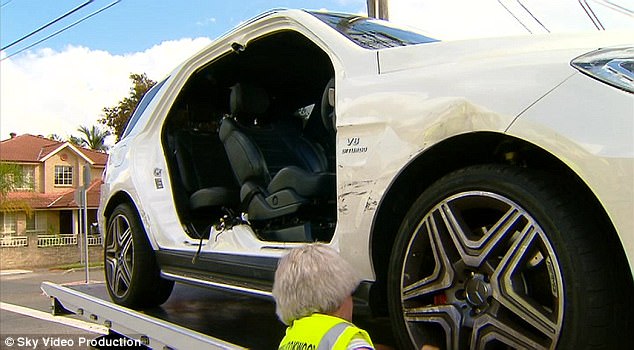 Monday morning’s accident (pictured) follows a serious crash in 2012, in which Mr Mehajer lost control of his $300,000 Ferrari 612 Scaglietti and ran over two women 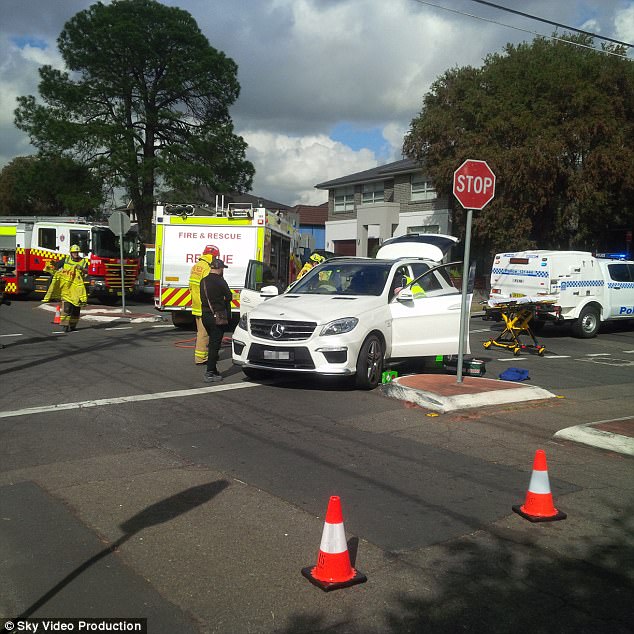 Paramedics reportedly also assisted a woman at the scene, but she did not require treatment

The property developer was due to appear in court on Monday, Tuesday, Wednesday and Thursday last week over a variety of civil and criminal charges.

Mr Mehajer’s lawyer shut down a press conference last Monday immediately after being asked whether it was simply a coincidence he was in a car crash on a day he was due to be in court.

In a separate incident, a Landcruiser allegedly linked to Mejaher ran into another Landcruiser at an intersection, with the second allegedly running a red light.

In an additional crash last December, a Mercedes also reported to be linked to the businessman was t-boned at an intersection. 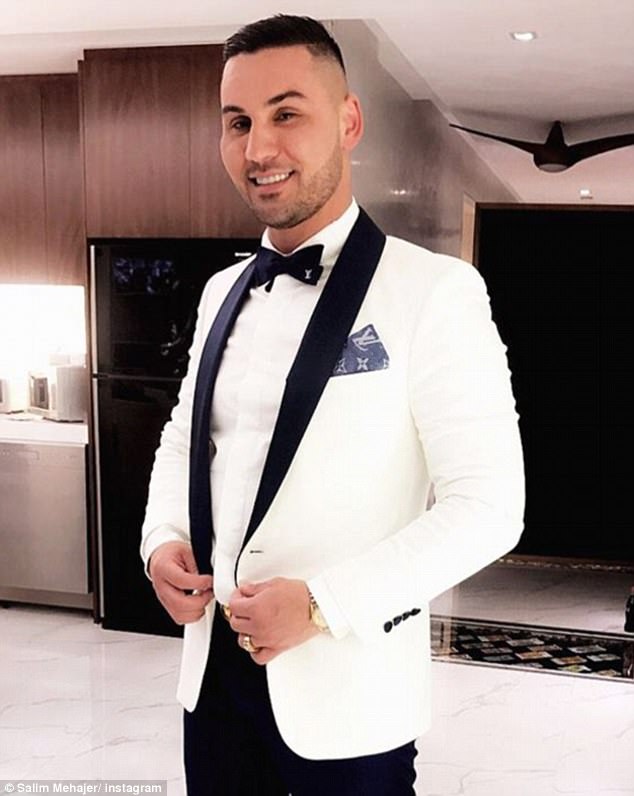 A property developer, Mr Mehajer was due to appear in court on Monday, Tuesday, Wednesday and Thursday this week over a variety of civil and criminal charges