While on holiday in Tenerife in May, I was encouraged by a salesman from an electronics store to purchase a tablet computer for a special price of €105 (£91).

I bought it with my NatWest credit card. I looked at my account online while still in the shop and saw two suspicious transactions totalling €4,862 (£4,197). I asked to cancel the purchase.

The retailer agreed and appeared to speak to his own bank to arrange it.

Tech scam: A holidaymaker was conned out of €4,862 by a slick electronics store salesman who was supposed to be selling them a €105 tablet

Instead of refunding the money to my card for the tablet, he gave me €105 in cash but said he would ensure the other charges would be refunded. When I arrived back in the UK, I saw this hadn’t happened.

NatWest initially refunded the money and raised a claim against the retailer’s bank under Section 75 of the Consumer Credit Act.

On October 4, the bank said it was ‘not able to continue my dispute through Mastercard dispute resolution’, and it took back the money. Essentially, the retailer would not concede.

Sally Hamilton replies: A quick search of chatrooms related to Tenerife travel suggested you are not alone in being hoodwinked by certain electronics retailers on the biggest of Spain’s Canary Islands.

The hustle you fell for appears to have endured for more than a decade, according to information website tenerifeguru.com.

It says the ruse ‘generally consists of a ‘bait and switch’, where you are offered one product at a ridiculously low price, only to be conned into upgrading to a ‘superior’ product at a considerably higher price… which will invariably be overpriced or an obsolete model and may be accompanied by ridiculously overpriced accessories’.

You were pressed into adding a ‘satellite app’, which involved paying a subscription purporting to let you watch 9,000 TV channels worldwide.

Another trick is shopkeepers ‘accidentally’ overcharging a credit card.

The site says: ‘This can leave you with a huge headache trying to get the money refunded via your bank when you get home, and often unsuccessfully.’

Your story fitted this scenario — and you certainly suffered a headache chasing reimbursement.

Your unfortunate experience, which could happen in almost any busy tourist destination, should serve as a warning.

An early red flag, which happened to you, is if a salesman asks customers if they’re holidaymakers rather than residents. Being a tourist makes for safer prey, knowing they will soon be back home and less able to pursue a complaint with the authorities.

For the same reason, the predators suggest victims return to the shop on their last day — as you did — using the ploy that their devices need to be set up in English.

You were also taken to a different store to complete the transaction — another signal that the arrangements aren’t above board.

Alarm bells should also ring over more rudimentary tactics (as happened to you), when a retailer dangles a hand in front of the payment terminal screen to obscure the sums entered.

In your case, the salesman also held on to your receipts, which meant you couldn’t check them. He claimed you would get them when the deal was completed.

You were also asked to provide ID, which the salesman copied. Hardly necessary for a €105 purchase.

When you finally smelled a rat and left the shop without the item but with €105 in cash as a refund, you were hopeful the retailer would reimburse the other card payments, as promised; or, at worst, be protected by your bank if he did not.

For this reason, you didn’t report your case to the police or the local authorities. I suspect it is time-pressed holidaymakers’ reluctance to complain officially that has allowed such sharp practices to endure.

Tenerifeguru suggests tourists can have more success obtaining full refunds by demanding on the spot that the shop gives them an official hoja de reclamaciones — a complaint form — since the retailer will be nervous of the complaint reaching the authorities.

NatWest did dispute the unwanted transactions on your behalf with the retailer’s bank. But the retailer stood firm and produced copies of receipts (handwritten) in its response — which you had never seen before — and stated that you still had the ‘top’ you’d purchased.

It’s not clear why the shop used the word ‘top’ rather than tablet. And, frankly, it was unrealistic you would buy a ‘top’ priced at £4,000.

What also rankled was that you received no text warnings or calls from NatWest about these high value transactions, which were out of character and made abroad.

NatWest insisted that because you had entered your PIN to verify the transactions, they passed security. This meant it could not reinstate your refund.

I asked NatWest to reconsider, as it was clear you were the victim of fraud.

I’m pleased to say that a few days later, the bank changed its mind and returned your money — as a goodwill gesture.

A NatWest spokesman says: ‘We always work to achieve the best outcomes for our clients and look at cases on an individual basis. We are pleased we have now reached a positive solution.’

You were delighted, and as a token of thanks, will make a donation to St Catherine’s Hospice in Crawley, West Sussex.

Readers planning a break to the sun this winter, please be cautious. 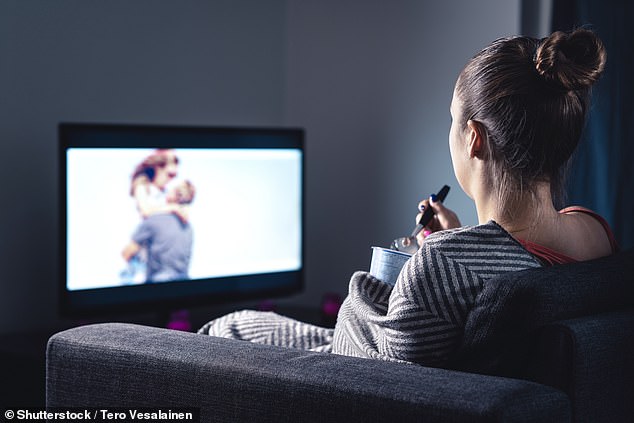 Switched off: Our reader was enjoying the free Netflix subscription which came with their Virgin broadband contract – until it stopped working

Why won’t Virgin give me my promised Netflix

In May, we signed up to a broadband contract with Virgin Media, which included a standard Netflix subscription. We received an activation email, opened our account and started watching Netflix.

In early August, when I tried again to watch something, I got a message saying: ‘You can’t stream because of an issue with your account.’

I contacted Netflix, which said Virgin needed to resolve this. I contacted the latter many times and was told there was a technical hitch and that I would be contacted within a few days.

Nothing. Still no Netflix. Still no help from Virgin Media.

Sally Hamilton replies: You wanted to watch dramas on Netflix, not be involved in a lengthy one getting the technical issues of accessing it sorted out.

I contacted Virgin Media and asked it to solve your problem once and for all. Within a few days it came back with a resolution — though not quite the one you expected.

Virgin says it is sorry for your hassle, but it seems its experts are still unable to reinstate your Netflix account via your Virgin contract. Instead, the firm has cobbled together a clunky solution.

This involves crediting you £10.99 a month for the next 13 months —the remainder of your contract — which you may spend on subscribing to Netflix if you wish.

It is also crediting you with about £33 for the three months you have been without Netflix, plus an extra £50 for the hassle.

The total value of recompense is almost £226. While you are grateful, you say you are disappointed by the complexity of the solution and the fact you had to contact me to get things done.

A Virgin Media spokesman says: ‘We are aware of some technical issues impacting a small number of customers when trying to access Netflix. Our technical team is working as quickly as possible to resolve these issues, and we apologise to any customer impacted by this.’

I ordered a lipstick from cosmetics company Charlotte Tilbury as part of a hamper for a sick friend.

It became clear it would not be delivered quickly. I asked for a refund but it will take ten days — a long time to wait.

A Charlotte Tilbury spokesman says miscommunication between its ordering system and customer service team meant you were not informed about the delay.

You’ve accepted the company’s offer of a new care package to be sent to your friend and it is sending another product to apologise.

My daughter had her home flooded with sewage water several times in the past three years. Why did Yorkshire Water fail to treat the issue as an emergency?

Yorkshire Water says no direct complaint has been handed to them. It insists it carried out clean-ups on every flood occasion.

The company says it is not liable for any losses or damages caused by a direct or indirect result of sewer flooding.

My car insurance was up for renewal so I went on the RAC website.

I saw a deal for two months of free cover, which I presumed would be added to my existing policy.

Instead, my policy was auto-renewed and the RAC took £216.60 from my account. I called to cancel but was charged £25. I’m still waiting for a refund for the rest.

The RAC has since given you £100 as a gesture of goodwill and you have decided to renew your policy with it for another year.

It admits that the offer was unclear and will be reviewed.