Salmonella outbreak linked to raw turkey leaves over 200 sick across U.S. and prompts a fresh recall of Jennie-O products

More than 200 people from across the United States have fallen ill, 84 of them hospitalized, from an ongoing salmonella outbreak linked to raw turkey products that prompted a second voluntary recall.

The latest food-safety advisory from the U.S. Centers for Disease Control and Prevention (CDC) in Atlanta on Friday came as millions of Americans planned their Christmas holiday menus, updating a notice for contaminated turkey issued in early November.

Since then, 52 more people in 26 states and the District of Columbia have become sick from salmonella-tainted turkey, bringing the total number of documented cases to 216 in 38 states and the district. One death from the outbreak, which began in October, was reported in California, the CDC said.

The Public Health Agency of Canada has reported an additional 22 turkey-related salmonella infections in four provinces – British Columbia, Alberta, Manitoba and New Brunswick – believed to be linked to the U.S. outbreak.

Recall: The Jennie-O Turkey Store products have markings saying to use or freeze by November 12 or 13

The common strain of salmonella associated with the illnesses has been identified in various raw turkey products, including ground turkey, turkey patties, live turkeys and raw turkey pet food, indicating it may be widespread in the turkey industry.

No single supplier has been identified.

The Jennie-O Turkey Store products have markings saying to use or freeze by November 12 or 13.

The recall includes plain ground turkey and turkey with taco or Italian seasonings. 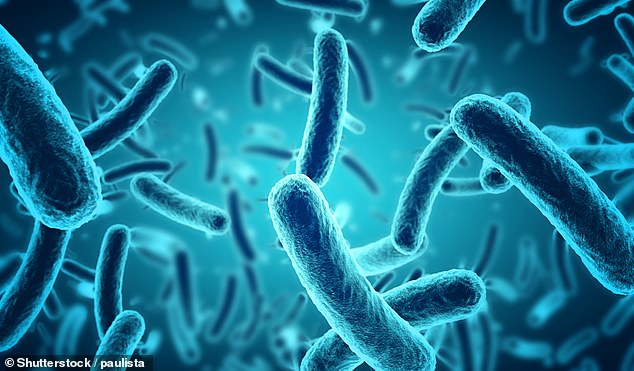 Close up of bacteria. A salmonella outbreak linked to raw turkey products has prompted a second voluntary recall

Food safety officials are worried that some contaminated turkey may be in people’s freezers. The recalled products have the tag P-579 marked on the lower left corner of the front of the package .

The company had recalled more than 91,000 pounds in mid-November over the same outbreak.

With the exception of the recalled Jennie-O brand ground turkey, the CDC said it was not advising consumers to avoid eating properly cooked turkey products or for retailers to stop selling raw turkey products.

Anyone can become sick from salmonella bacteria, but young children, the elderly or people with weakened immune systems are at a higher risk of serious illness.

Symptoms, which typically appear 12 to 72 hours after ingesting the bacteria, include diarrhea, fever and stomach cramps. Most people recover within a week.

Infection can best be prevented by thorough washing hands after handling poultry, by cooking turkey to an internal temperature of 165 degrees Fahrenheit, and by thawing frozen turkeys in the refrigerator rather than at room temperature, the CDC said.