Salzburg 0-2 Liverpool: European champions through to the last-16 as group winners

It was a very good night for Liverpool, less so for those English teams competing in the Europa League, a competition that now inherits Red Bull Salzburg, one of the smartest young teams in Europe.

Forget the notion that, as Salzburg hail from Austria, this was a routine win. Liverpool had to work very hard for the three points to top Group E and secured them only with two goals in as many minutes, a combination that stunned their opponents and effectively ended the game as a contest, Salzburg needing a win to progress.

They were never going to get tree in the 32 minutes remaining and Liverpool were comfortable by the end. Still for the first hour they were very much in a game and, Genk aside, this group has been a decent test, given what is to come in the knockout stages. 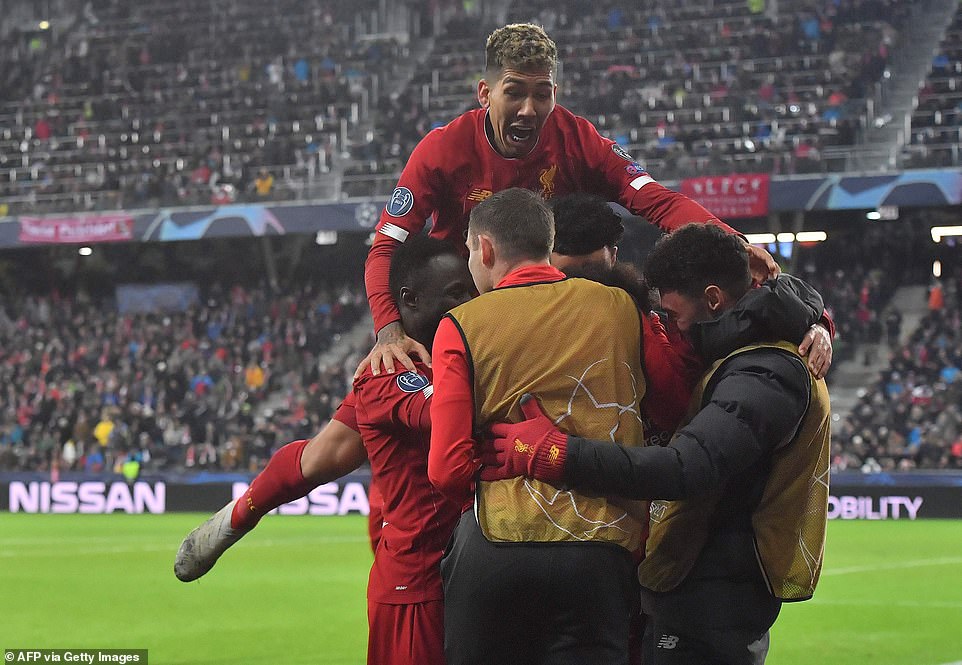 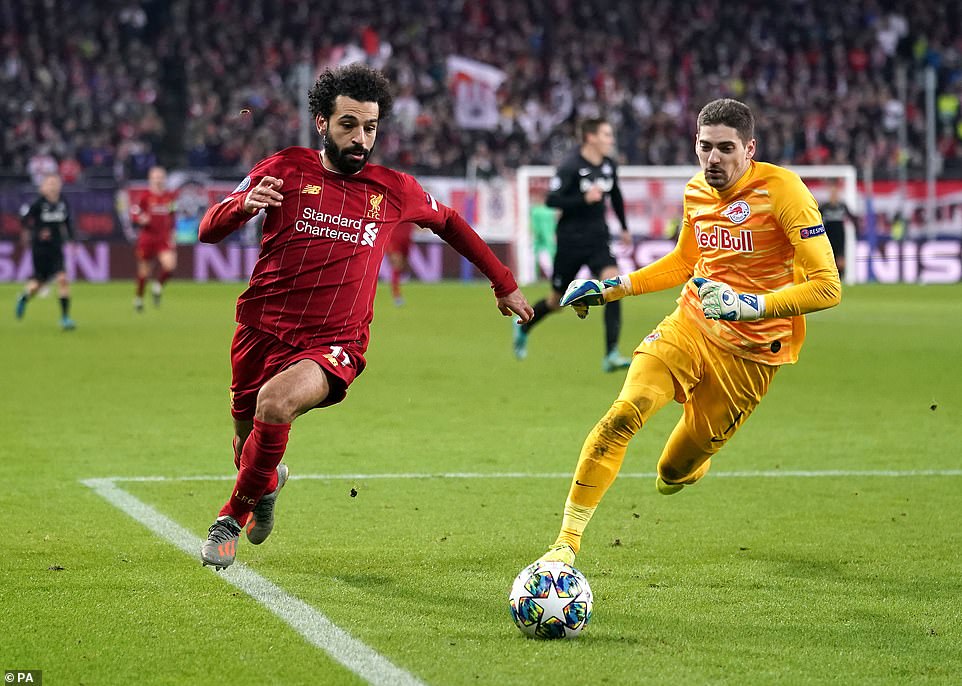 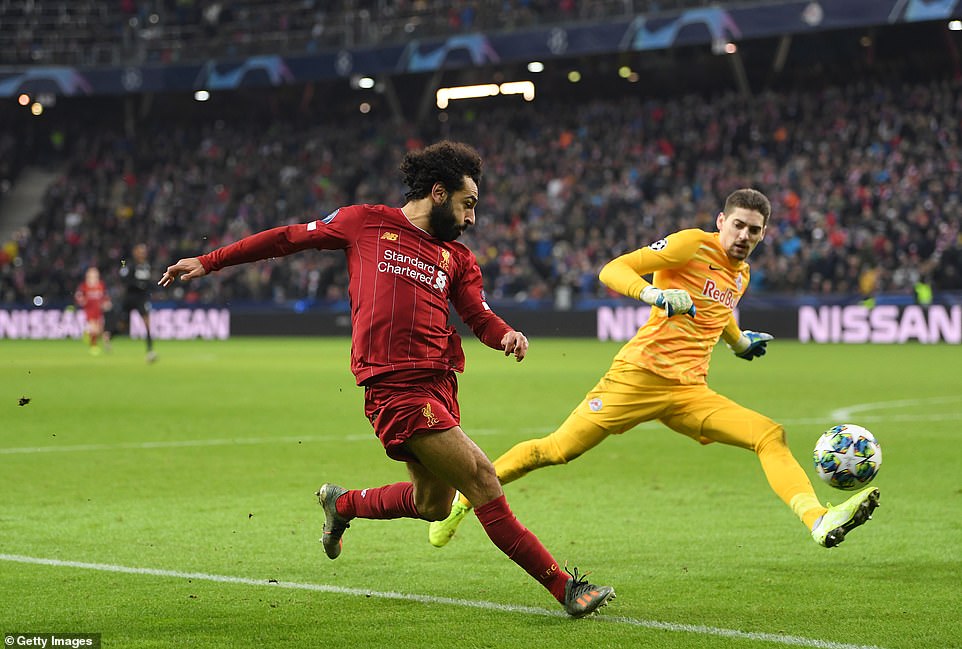 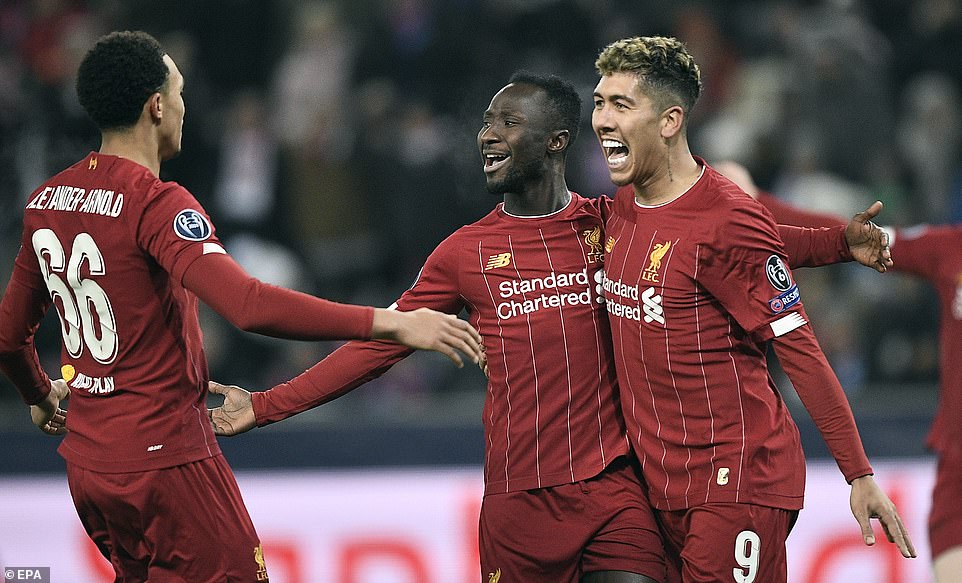 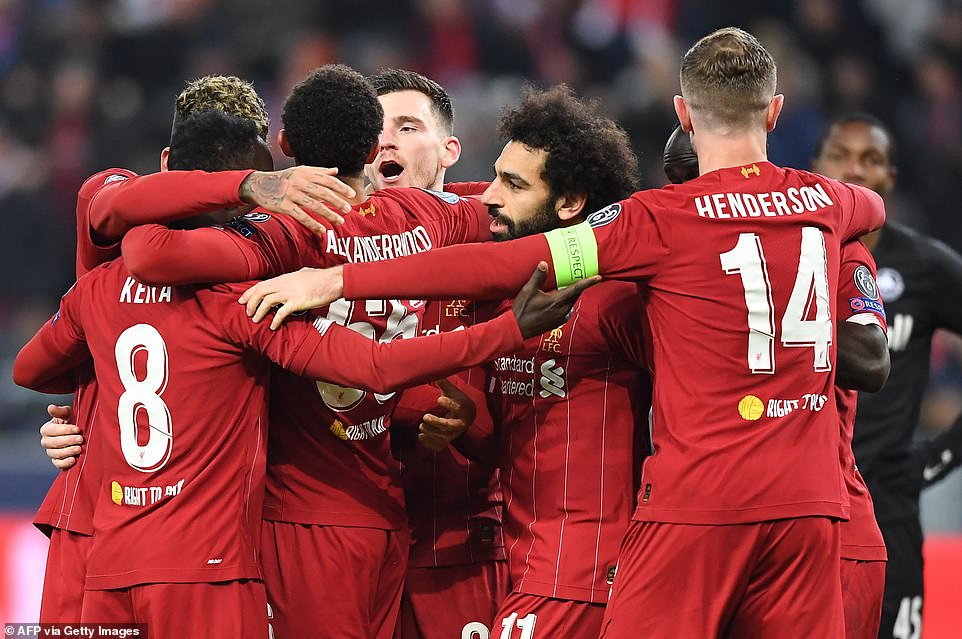 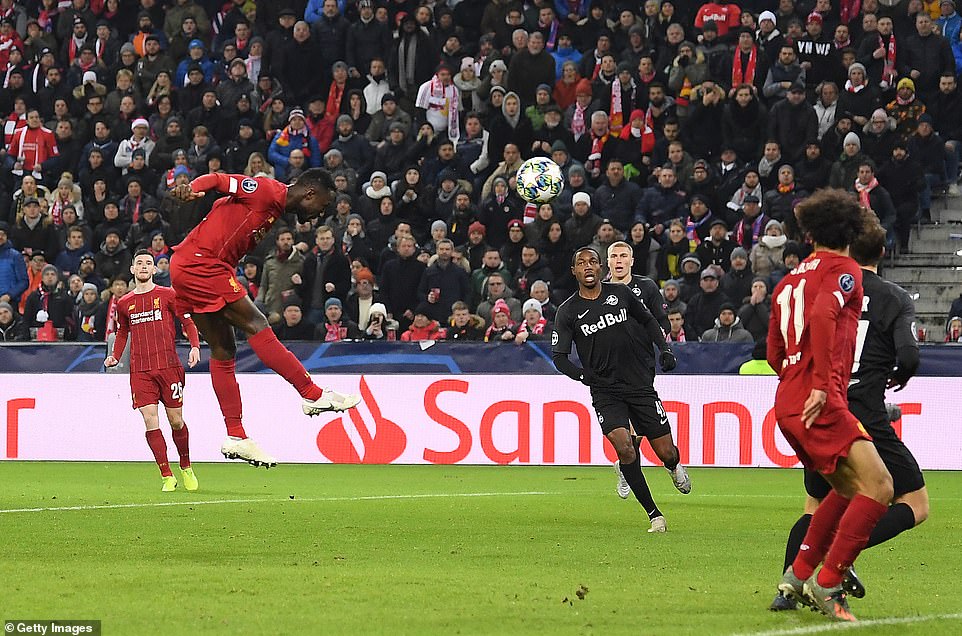 The nature of an elite competition, however, means there are always traps – one being Real Madrid, who came second to PSG in Group A. They won’t be much livelier than Salzburg, though. Jesse Marsch, their coach, has schooled a very promising team.

So credit where it’s due to Liverpool for beating them when it mattered, even if the rashness of goalkeeper Cican Stankovic cost his team, twice. Stankovic has recently won his first Austrian cap and had performed well to this point, before two rushes of blood proved costly.

The first came after a ball from Andrew Robertson to Sadio Mane on the left. The Liverpool forward escaped the attention of defender Jerome Onguene and showed just enough of the ball for Stankovic to erroneously think he had a chance. He came charging out and Mane beat him, crossing for Naby Keita to head the ball into an unguarded net.

Having not scored since playing Huddersfield in April, Keita now has two in two games and is in his best run of form since arriving at Liverpool. Klopp said he had no hesitation keeping him in the team after the win at Bournemouth, and he was vindicated.

Within a minute, victory was his. Jordan Henderson played a fine ball over the top, Salah lost Onguene and Stankovic was on the charge again, left floundering by Salah’s quick feet and powerless as he nailed the tightest angle to put the ball in shallowly at the far post. Game over.

Liverpool were not exactly quick out of the blocks a year ago and that campaign seemed to work out all right, and it has been much the same this time around. Far from flawless but, on nights like this, they still remain Europe’s team to beat. 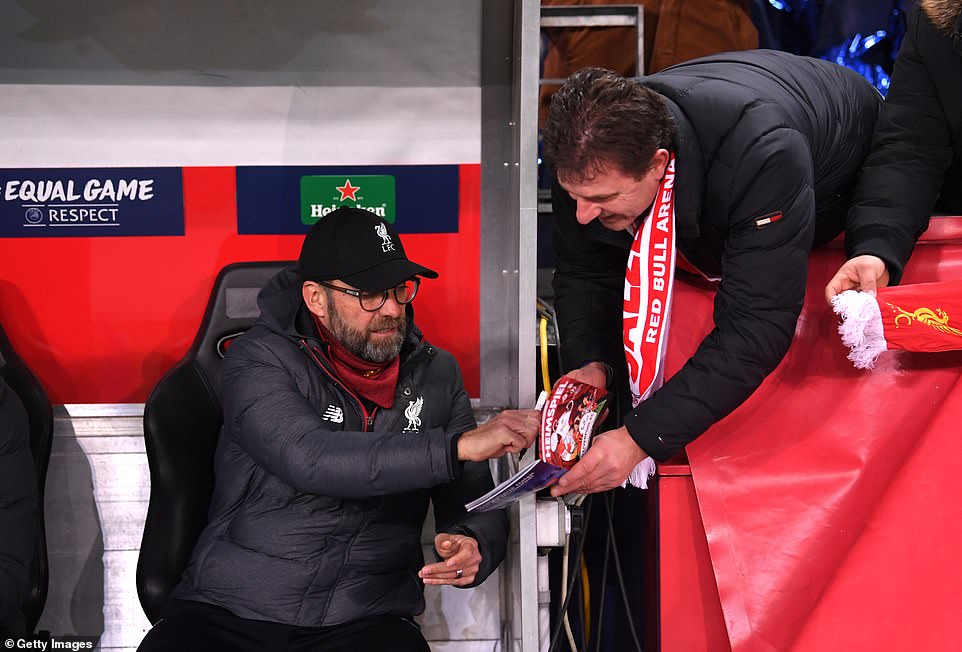 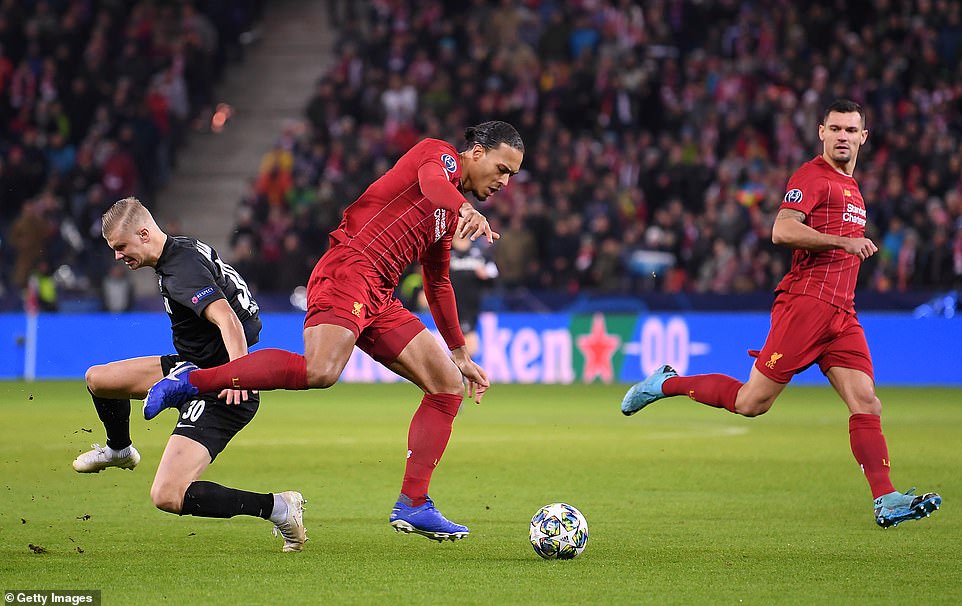 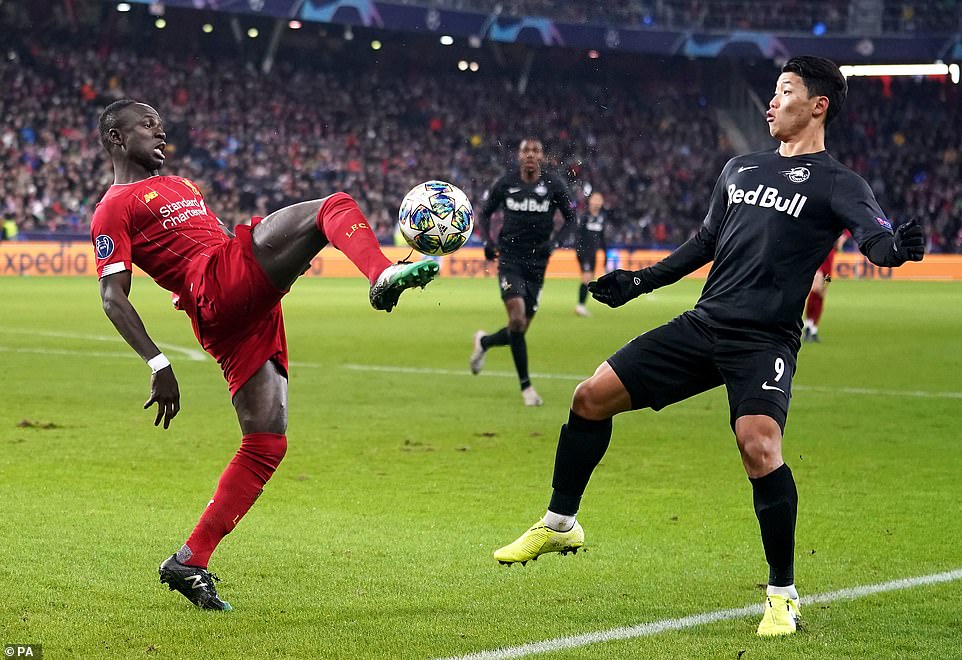 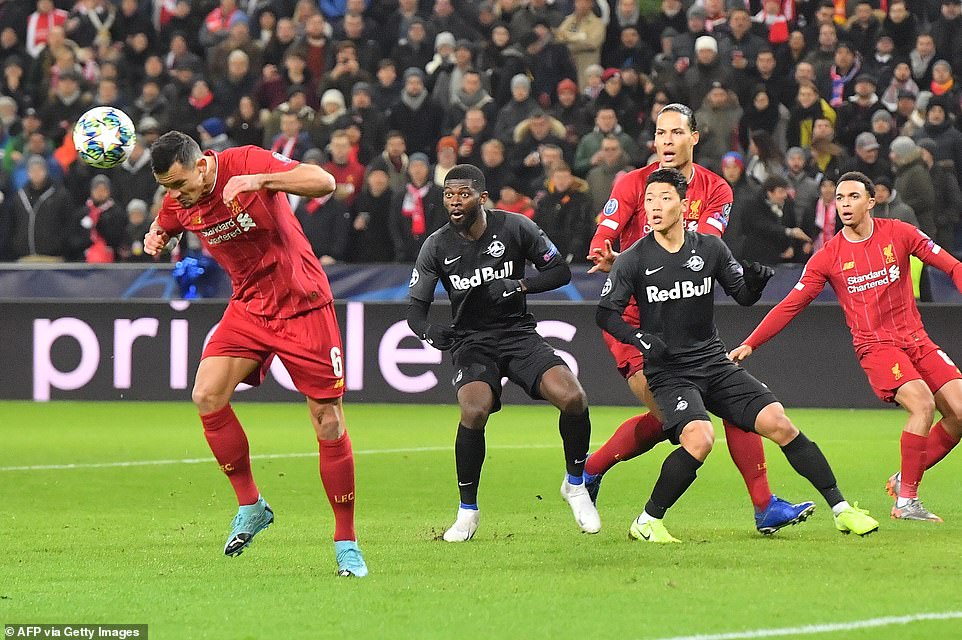 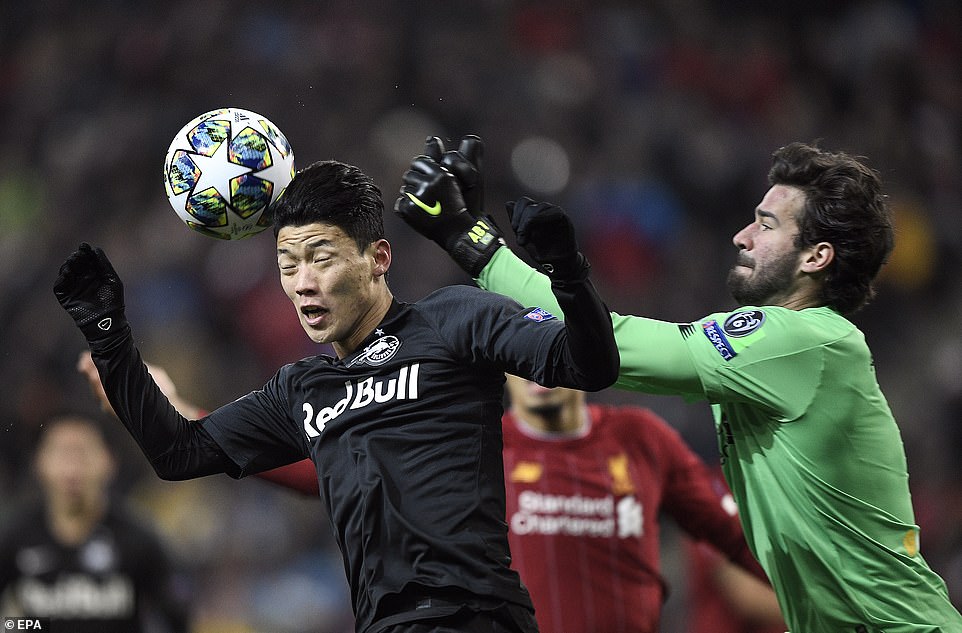 It would not be overstating matters to say that Salzburg reminded of Ajax last season. They might not be Champions League semi-finalists, but they are bright, young and full of character.

Liverpool knew they were in a game from the 17th second when Virgil van Dijk had to be at his absolute best to thwart a break from Erling Braut Haaland. What a player he looked, by the way.

What a prospect for his suitors in English football. Fast, strong, brave, unafraid of hard work. If there was fault in his play in the first-half it was that he almost wanted it too much. He slammed his hand to the ground in frustration if the mildest chance went astray and, after one thwarted run, arced away to run in front of the home fans, waving his arms encouraging more noise and support. He could be a huge star in England – or anywhere, really.

Not that he is alone in this Salzburg side. His partner Hee-Chan Hwang is a South Korean forward in the mould of Tottenham’s Hueng-min Son. Similar energy and invention, similar selflessness. In the seventh minute he was unfortunate not to win a penalty when his shot looked to have struck Jordan Henderson on an arm. The ball bounced loose to Takumi Minamino, a lively Japanese forward, who forced an excellent save from Alisson.

And while Liverpool grew more into the game and had some chances of their own, the danger from Salzburg was never far away. After 24 minutes, Haaland, breaking on the left forced another strong stop. 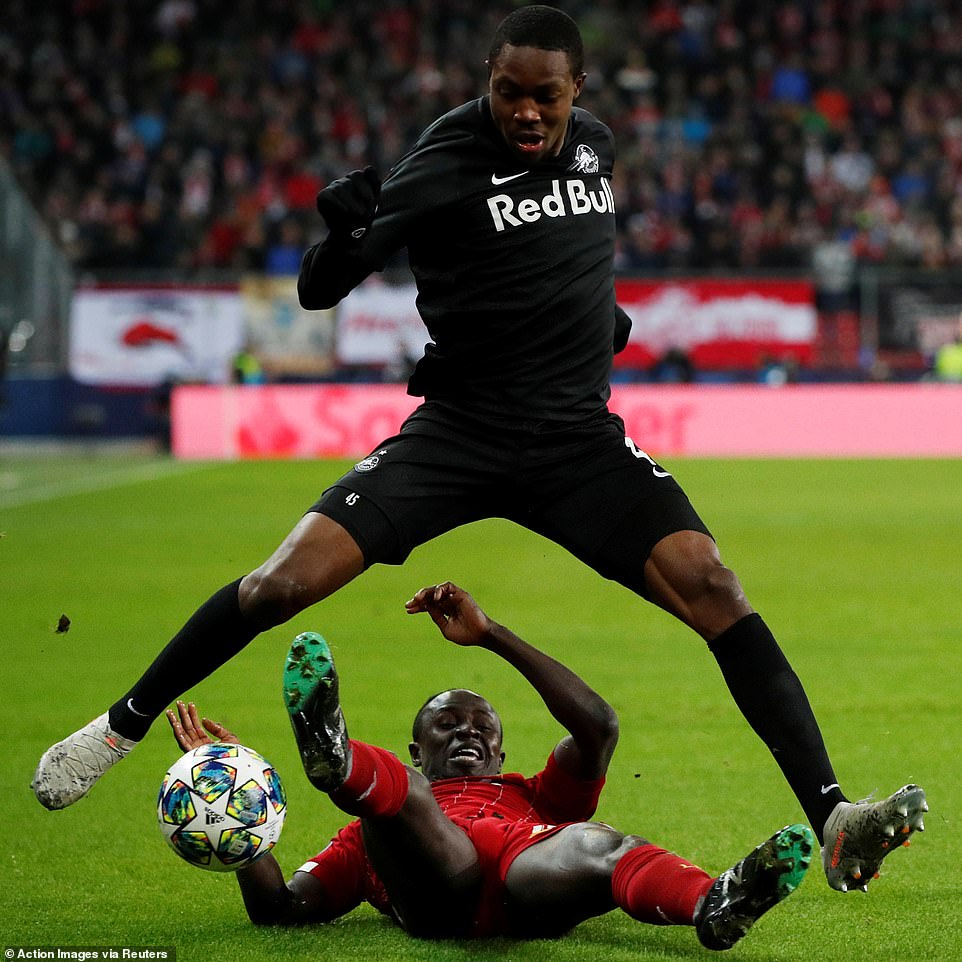 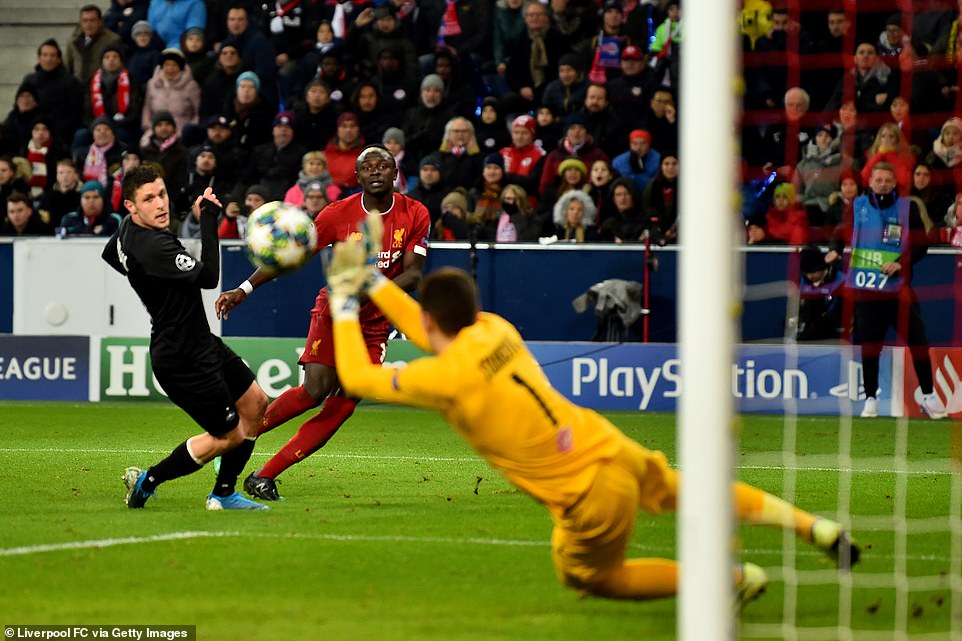 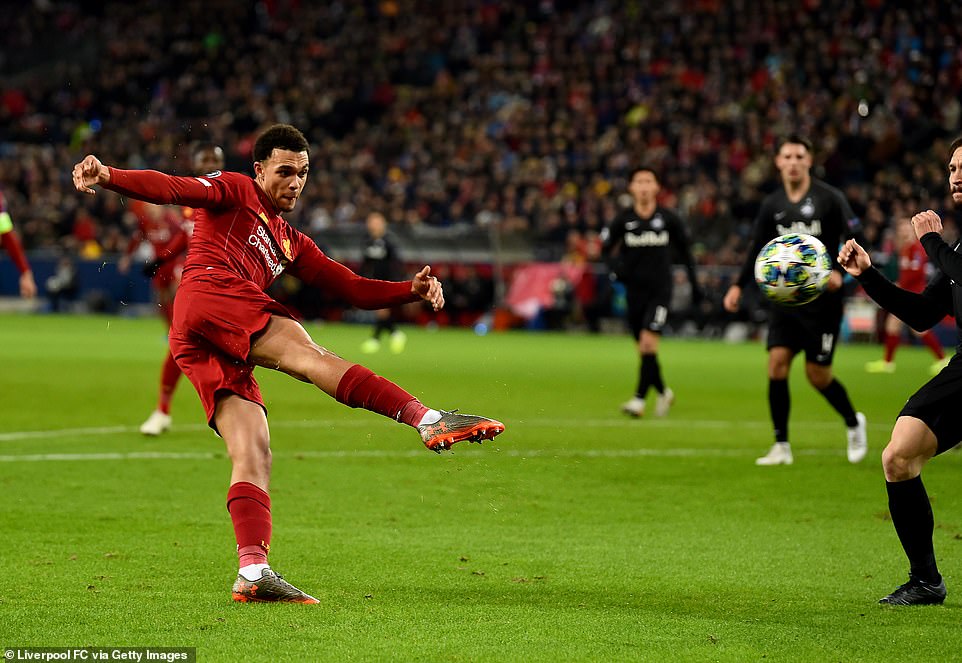 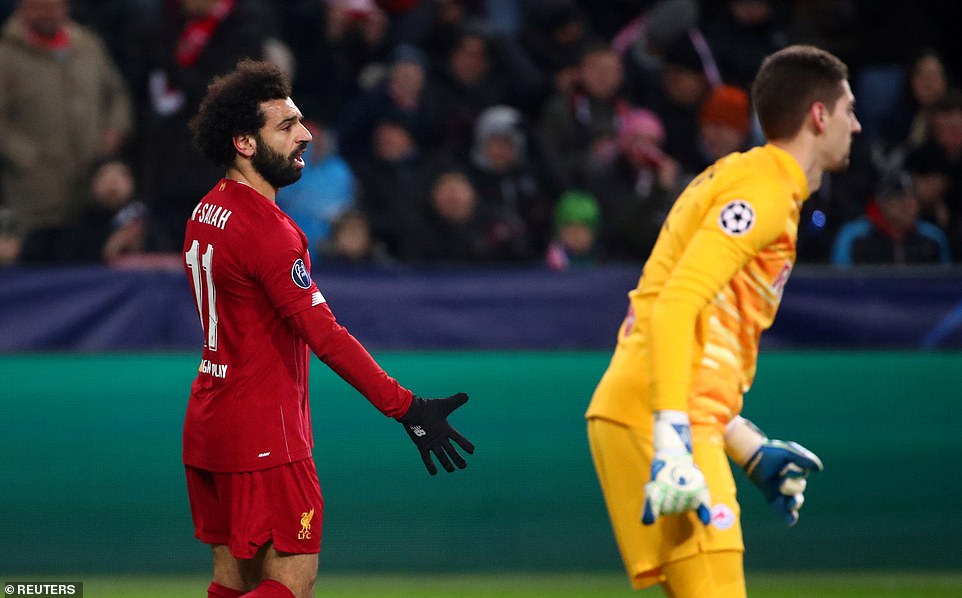 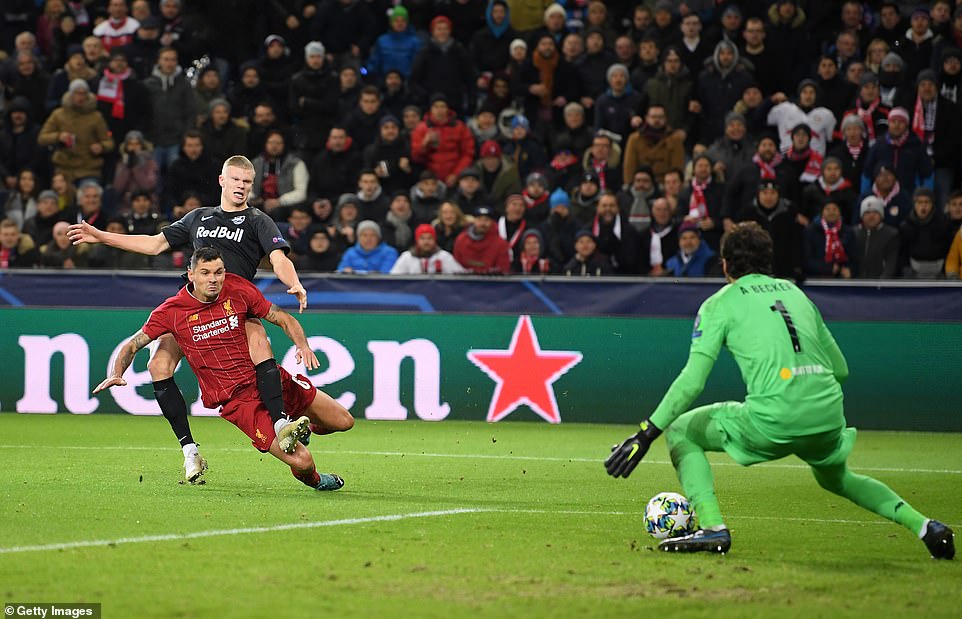 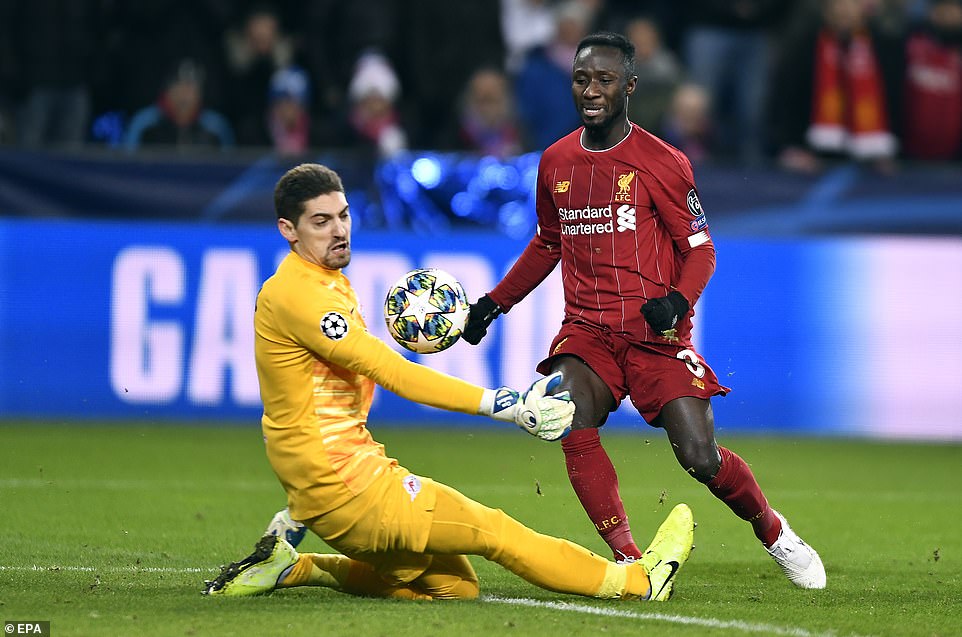 Most frequently, moves broke down due to the sheer speed at which they were attempted. This was one of van Dijk’s most impressive performances of the season and, anything less, and Liverpool could have been in trouble.

Yet of course such vigorous attacking play leaves gaps. In the fifth minute Dejan Lovren played a trademark ball over the top, which troubled Maximilian Wober and almost let Mohamed Salah in on goal. It needed a good save from goalkeeper Cican Stankovic to keep him out.

Sadio Mane, enjoying another impressive evening, went close with two shots – one missed, the other saved – before Salah missed the best chance of the half. Henderson played a lovely ball to Naby Keita who fed Salah at the far post, steering the ball wide from close range.

He did much the same after half-time, on this occasion put through by Mane, but shooting over. A minute later, he looked to have taken the ball around Stankovic only for the Austrian goalkeeper to reach out a mighty paw and claw it away.

At least Jurgen Klopp is getting a tune out of Keita now. Like Mane, a former player with Salzburg, he looked well at home here and might even have opened the scoring when put through by Salah after good work from Roberto Firmino. Yet Salzburg held firm. There is a lot of personality in this team, to go with its skill. 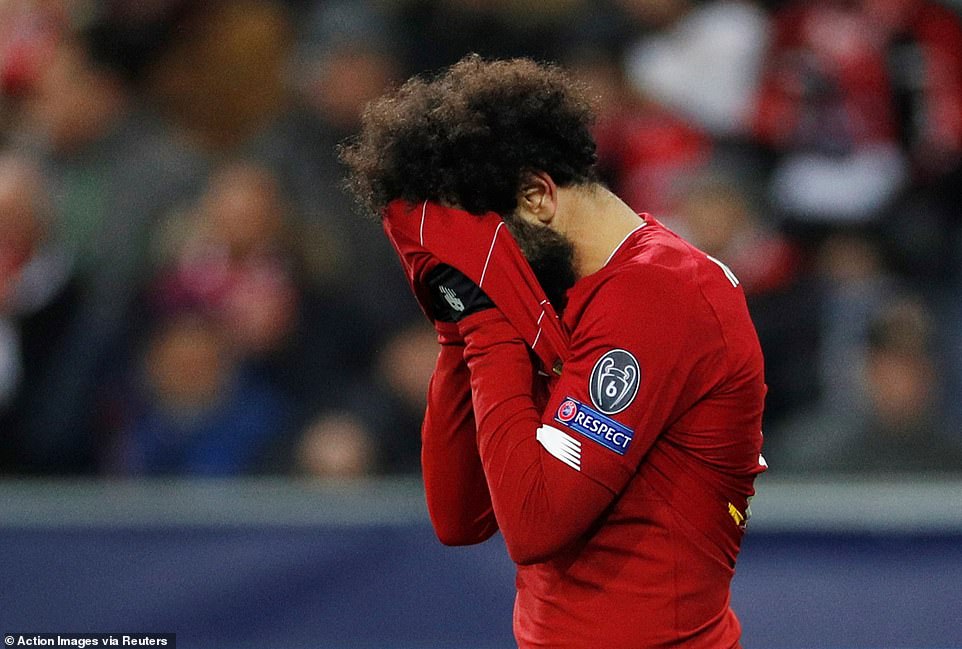 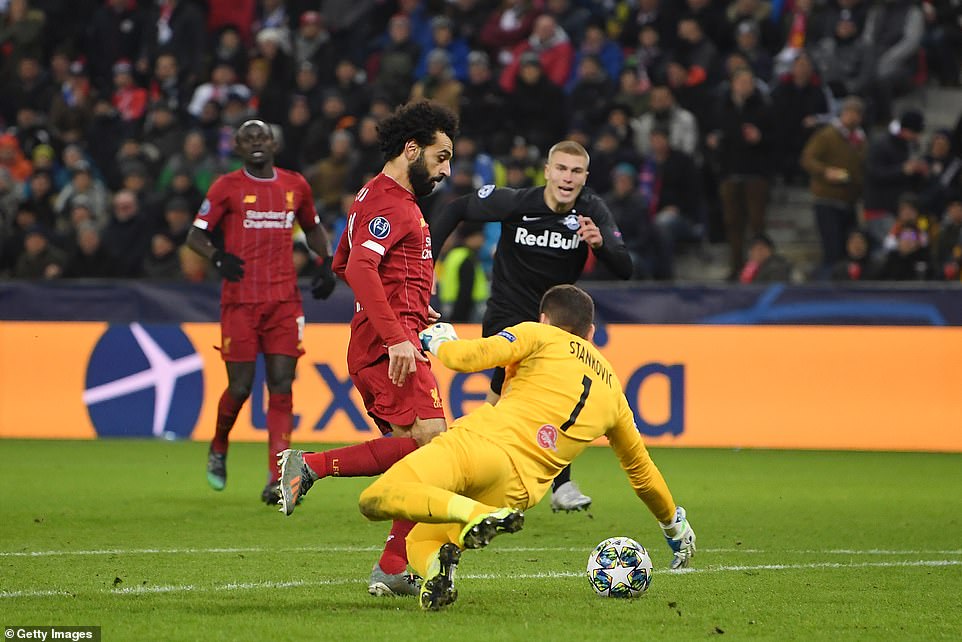 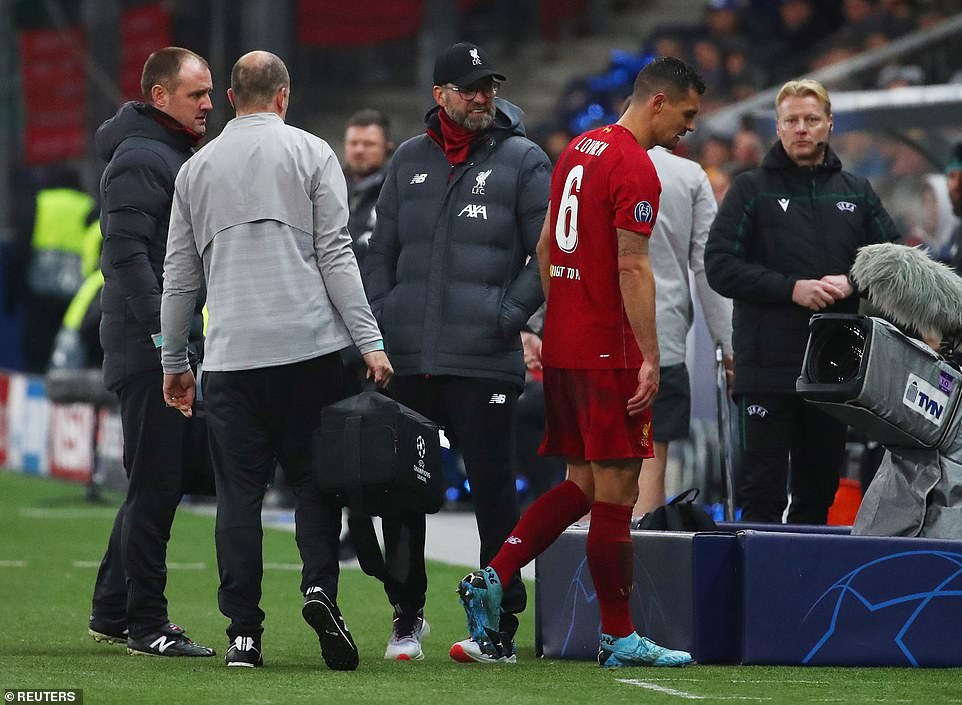