Sam Allardyce will meet with the West Brom hierarchy this week as they move towards a decision over whether he will lead the club in the Championship after his first relegation from the Premier League as a manager.

West Brom’s 3-1 defeat at Arsenal confirmed their departure from the top flight, despite an upturn since Allardyce’s appointment in December.

The 18-month deal he signed on his arrival included a break clause that either party is able to activate at the end of this campaign, and Allardyce has indicated he would be open to staying if he is given the tools to compete for an immediate return. 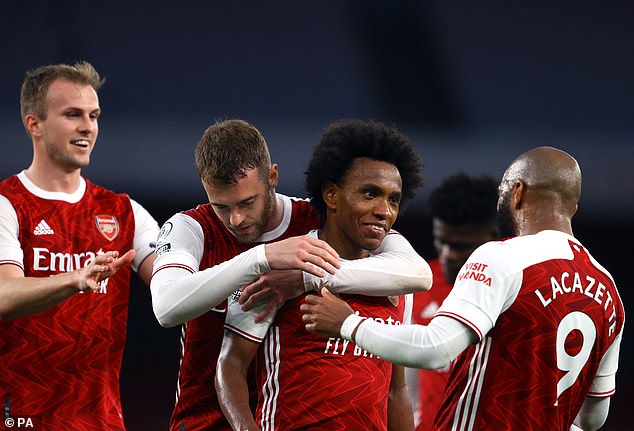 But he was tight-lipped in the wake of defeat at the Emirates Stadium. He said: ‘It’s too early to consider or talk about it.’

The 66-year-old added: ‘I am not going to answer the question of whether I am staying or not. I don’t want to waste your time. I will talk about the game.’

On his first relegation from the Premier League, Allardyce said: ‘Words can’t describe it. We have to accept that tonight and over the season we have not been quite good enough. 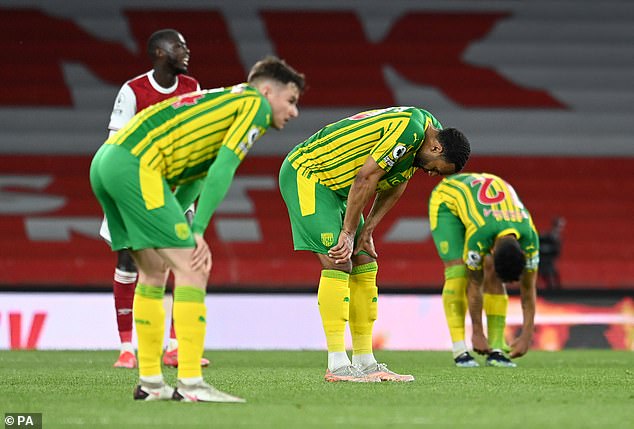 Allardyce, 66, remained tight-lipped on his immediate future when speaking after the match

‘If we were to go down I wanted it to be the last game of the season but that hasn’t happened.’

The win kept alive Arsenal’s faint hopes of a top-six finish after blowing their Europa League semi-final against Villarreal on Thursday.

Manager Mikel Arteta, whose position has been under scrutiny in a desperately underwhelming season, said: ‘We will try to win every match and see where we finish. The only thing we can do is win our games.

‘We needed that win tonight. It has been a while since we won at home. We scored three fantastic goals and we had some great spells in the game. When we conceded the goal we did look nervy.’