Britney Spears’ fiancé Sam Asghari, 27, is seen leaving a bank in West Hollywood with a wad of cash and wearing a #FreeBritney shirt an hour after her conservatorship ended


Britney Spears’ fiancé Sam Asghari was seen taking out a large sum of cash at the bank an hour after her conservatorship ended and celebrated her freedom with an ‘ohh ra!’ as he got into his car.

Ashghari, 27, a personal trainer and model, was seen leaving Chase bank in West Hollywood, California, yesterday after his long-time girlfriend and pop superstar Spears, 39, was finally freed of her 13-year conservatorship.

The model was dressed casually in baggy white sweatpants and an oversized black t-shirt that read #FreeBritney It’s A Human Rights Movement while running errands.

He finished the look with a pair of all-white tennis shoes and a light blue surgical face mask as he cashed a check and withdrew a large sum of money.

Sam Asghari, 27, was seen inside a Chase bank in West Hollywood on yesterday after his fiancé Britney Spears’ 13-year conservatorship ended 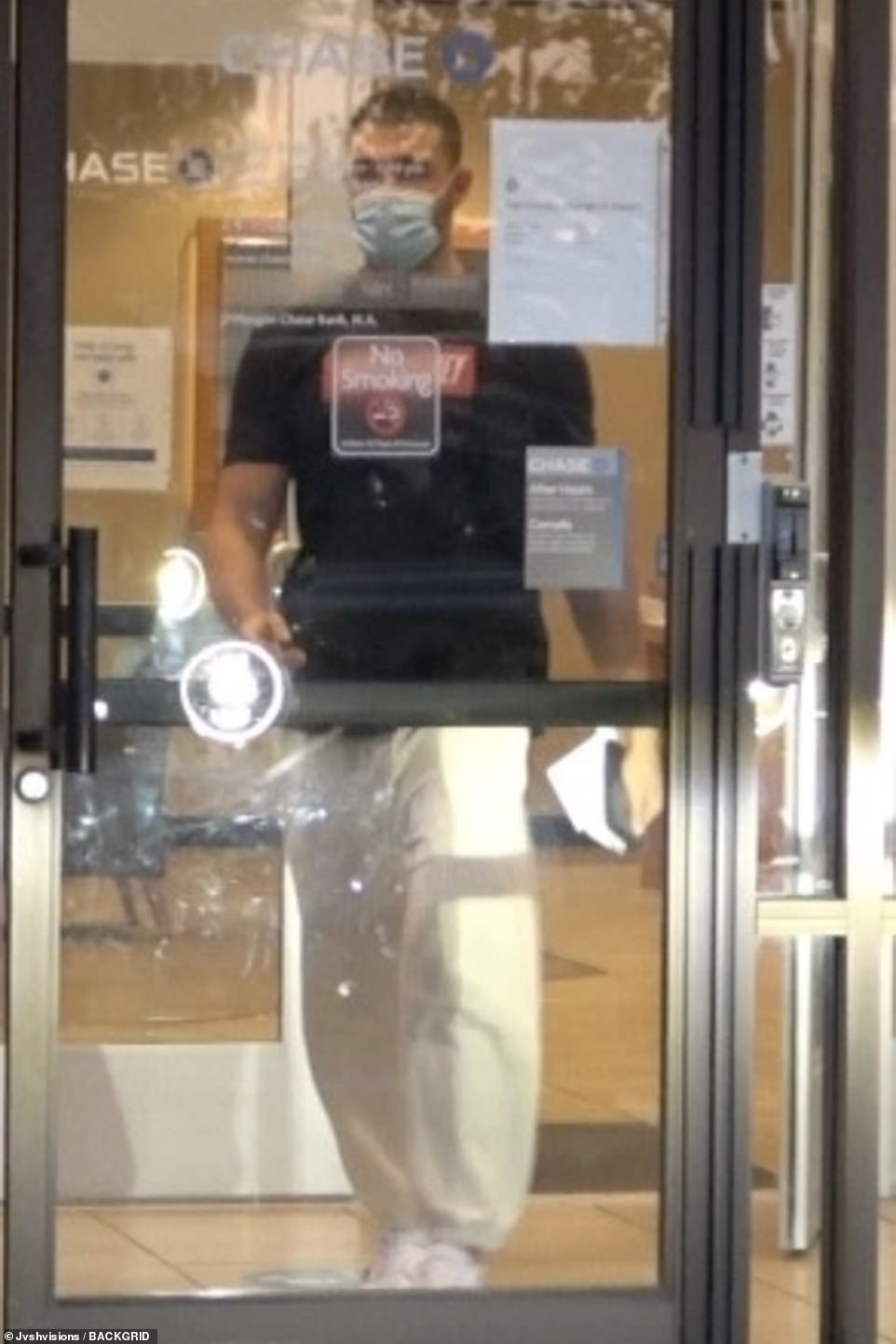 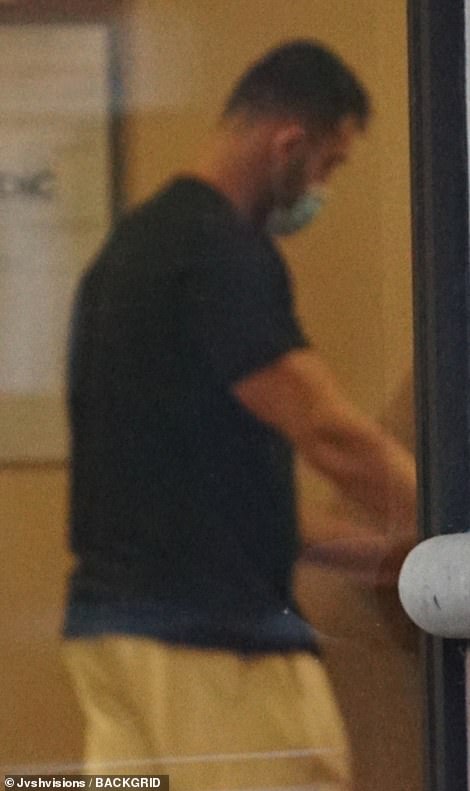 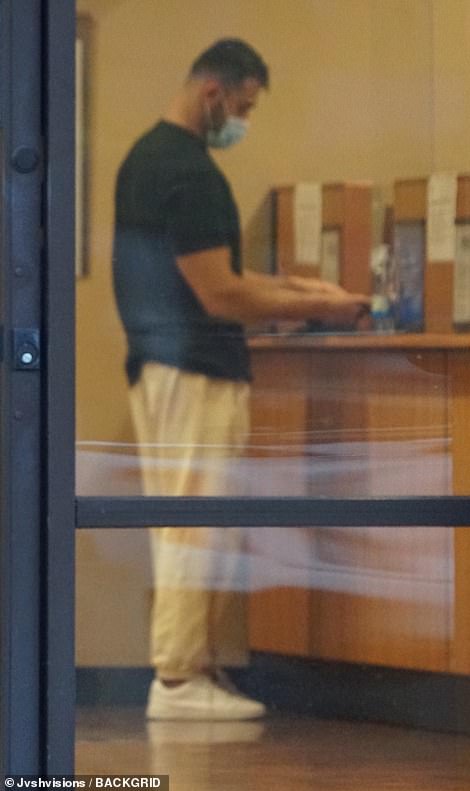 Ashghari, who has been dating the popstar since 2016, celebrated the end of her conservatorship with an ‘Ohh ra!’ as he climbed into his Jeep Wrangler.

Always the supportive boyfriend, the Iranian-born trainer posted a loving, but simple post on his Instagram yesterday after Britney was freed.

He wrote: ‘History was made today. Britney is Free!’ with a red heart, attached to a red picture that had ‘freedom’ written in white. 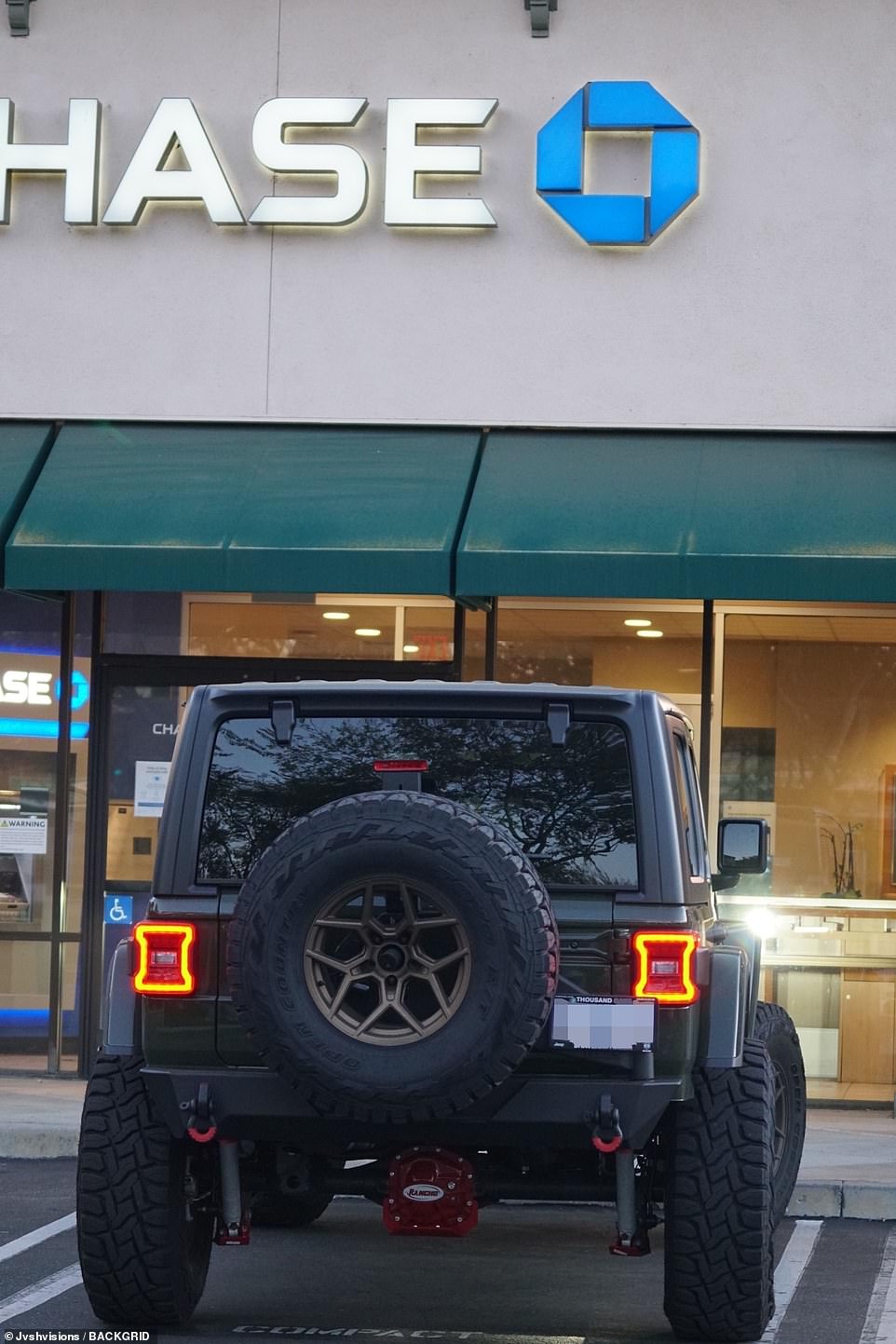 He celebrated the end of the conservatorship with an ‘ohh ra!’ before he climbed into his Jeep 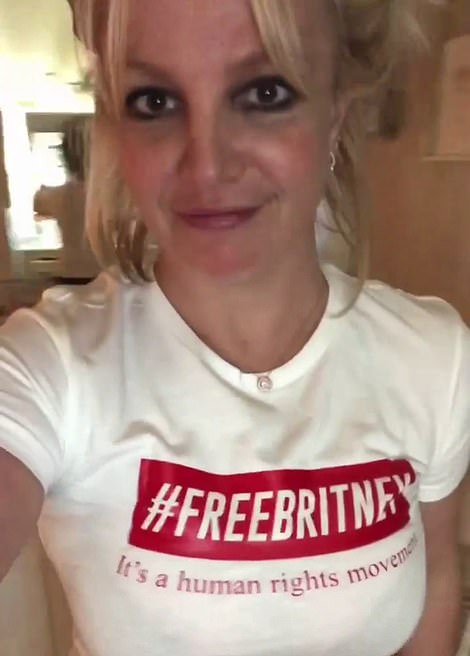 Ashghari asked his longtime girlfriend to marry him two months ago. Spears posted a video of her giant sparkler on Instagram with the caption: ‘I can’t f**king believe it!!!!!!’

The pair met on the set of Spears’ music video for her song Slumber Party in 2016, which he co-starred in.

The pair are now able to try for a baby – something Spears has been vocal about – following the end of the conservatorship.

Spears is already the mother of two teenage sons – Sean Preston, 16, and Jayden James, 15, with ex-husband Kevin Federline. He has full custody of their boys.

Spears told the court in June: ‘I want to be able to get married and have a baby.’

In addition, her conservators no longer dictate when the star can and cannot see her teenage sons, she can now freely converse with Federline about the current arrangement.

Spears lost custody of her sons in 2008, following her health struggles.

The popstar can now also see whoever she wants, whenever she wants. The conservators put in place restrictions on who she could see, and when.

The move was designed to prevent her from coming into contact with people who could take advantage of her, or otherwise harm her. 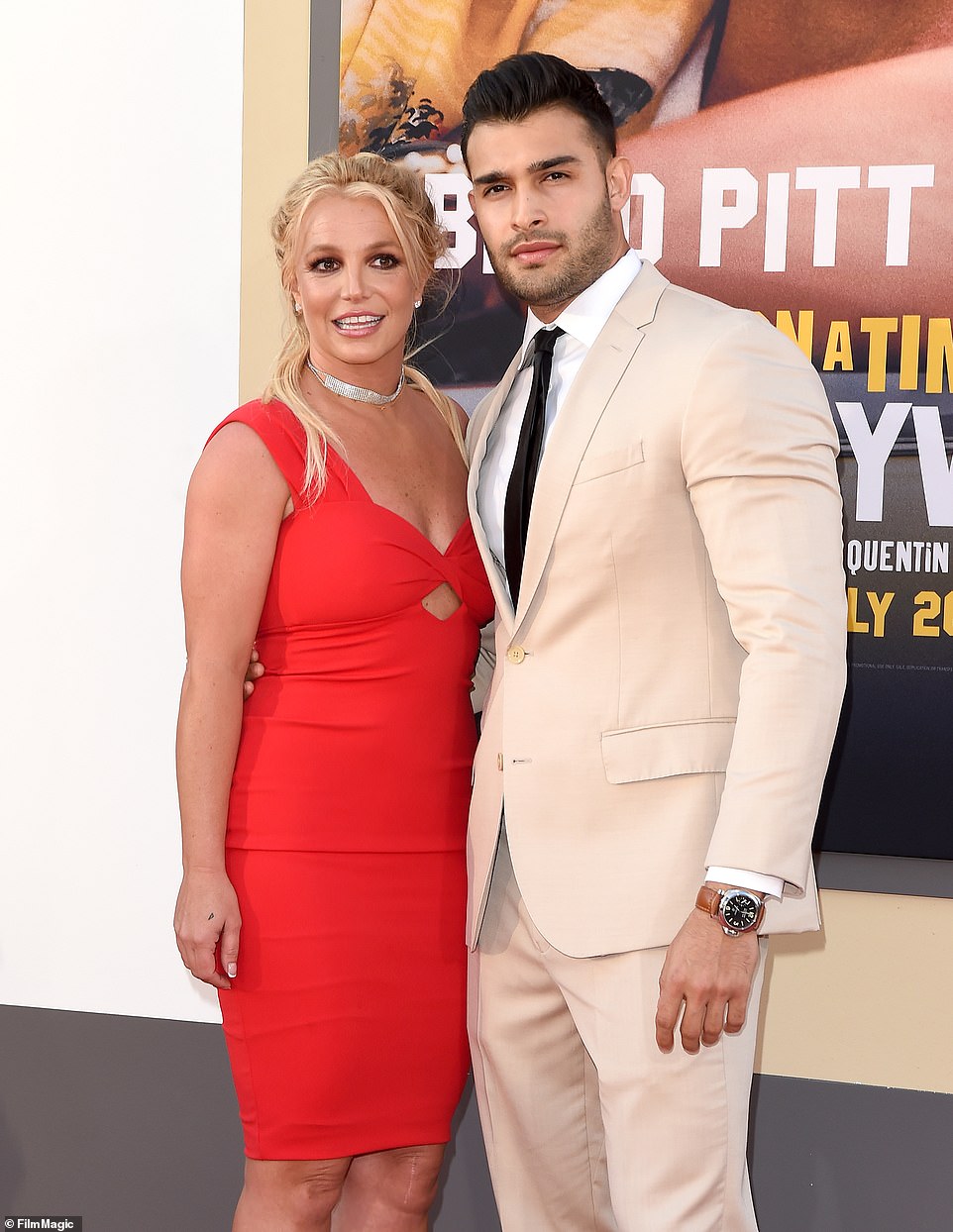 The pair got engaged two months ago after dating for five years. They met on the set of Spear’s music video for Slumber Party in 2016

Spears can now manage her own health – including medications and treatment options and frequency – as well as her finances, and she can choose whether or not she wants to work.

The star claimed she was forced to tour in 2018 against her will.

She is still protected from the former manager Sam Lutfi, as well, due to a five-year restraining order which was issued in 2019.

Lutfi served as Britney’s manager after the pair met in 2007 while Britney was in the throes of a mental health crisis and divorcing husband Kevin Federline.