When Sam Bladwell was 31 weeks pregnant, she had no choice but to give birth to her baby daughter prematurely after she was diagnosed with lung cancer.

The pregnant mother, from Brisbane, received the devastating news when she should have been looking forward to the birth of her second child.

Earlier this month, the 36-year-old went to her routine check-up where she complained about experiencing some back pain and shortness of breath.

But nothing could prepare the family for the shock diagnosis that was to follow: she was told she had stage-four metastatic lung cancer despite never touching a cigarette in her life.

What is lung cancer?

Lung cancer is a malignant tumour that grows in an uncontrolled way in one or both of the lungs.

Once you have had tests that show you have lung cancer and whether it has spread, your doctor will tell you the stage of the cancer.

Stage IV refers to any T and N M1 tumours that are metastatic (advanced cancer) and have spread beyond the lung and regional lymph nodes.

‘In order to start treatment straight away, Sam had to give birth nine weeks prematurely to a beautiful baby girl, Cecilia,’ her colleague Jason Olsson-Seeto said.

Little Cecilia has since remained in the neonatal intensive care unit as Mrs Bladwell recovers at home.

‘Sam is now at home and her cancer treatment has started,’ Mr Olsson-Seeto said.

‘Cece is still in the neonatal intensive care unit but hopefully she will be home very soon to join her brother Max and her parents.’

Mr Olsson-Seeto has set up a GoFundMe page in an effort to raise money for the cancer-stricken woman’s ongoing medical treatments.

‘Sam and Cam have deliberately not asked about prognosis because they plan to work hard to shrink the cancer as much as possible and keep it under control as long as possible so Sam can access any future treatments that might lead to a cure,’ he said. 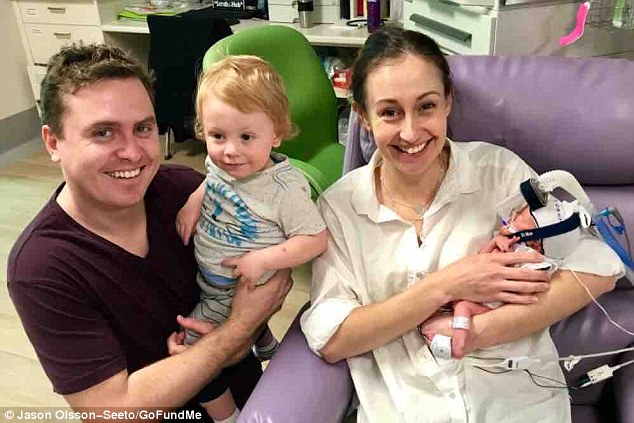 Before starting her cancer treatment, Mrs Bladwell and her husband Cam, who also have a son named Max, welcomed their premature baby girl Cecilia, nicknamed Cece, at 31 weeks 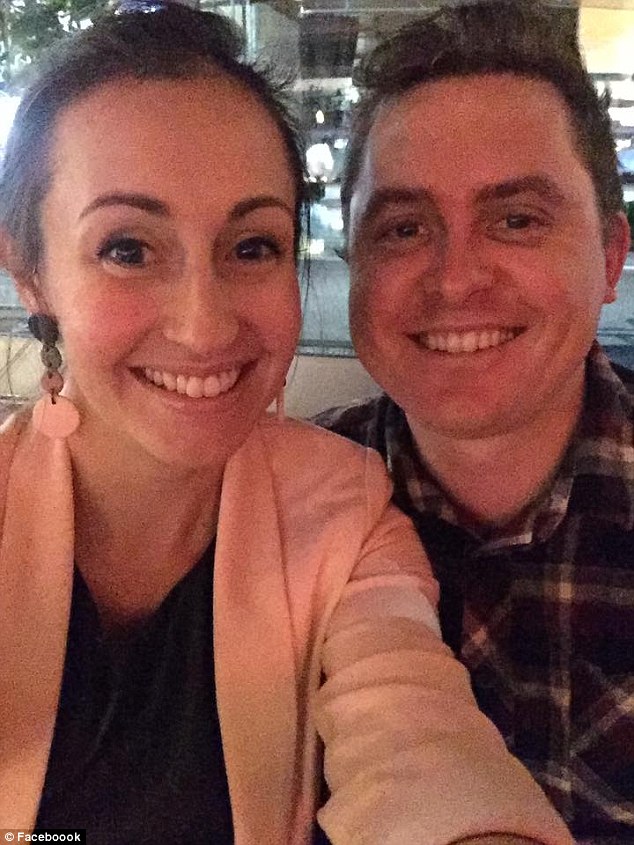 With more than $44,000 already raised, colleagues, family, and friends have been rallying behind the mother, who has been unable to return to work.

‘It’s our turn to help the person who always listens, who’s always there, the person who least deserves to have to deal with the situation that Sam now finds herself in.

‘I’m hoping you’ll join me to offset these costs in even the smallest possible way.’

‘All funds donated will help with the day-to-day costs of raising a family with Sam not working while Cecilia is so small and the long-term treatment plan uncertain.’

To make a donation, please visit the GoFundMe page.