Australian TV starlet Sam Frost has flaunted her trim pins at the nomination party ahead of televisions night of nights.

The former Bachelorette was among TV’s best and brightest attending the Logies Nomination Party on Sunday afternoon.

Held at a swanky Broadbeach location on The Gold Coast, some of the country’s biggest names got together at Bar Nineteen at The Star.

Leggy lady! Home and Away star and first time Logie nominee Sam Frost, 29, turned plenty of heads in her black and while mini-dress which flaunted her endless bronzed pins

With some getting a nod, and others surprisingly missing out, including Bachelor in Paradise star Osher Gunsberg and TODAY show frontman, Karl Stefanovic.

Popular TV presenter Lisa Wilkinson missed out on a nod, while The Project co-host Carrie Bickmore is up for Most Popular Presenter.

Sam, who is a first time nominee this year for her role on Home and Away as Most Popular New Talent, flaunted her golden pins at the upscale event.

At, times, the 29-year-old striking a pose at the ritzy event. 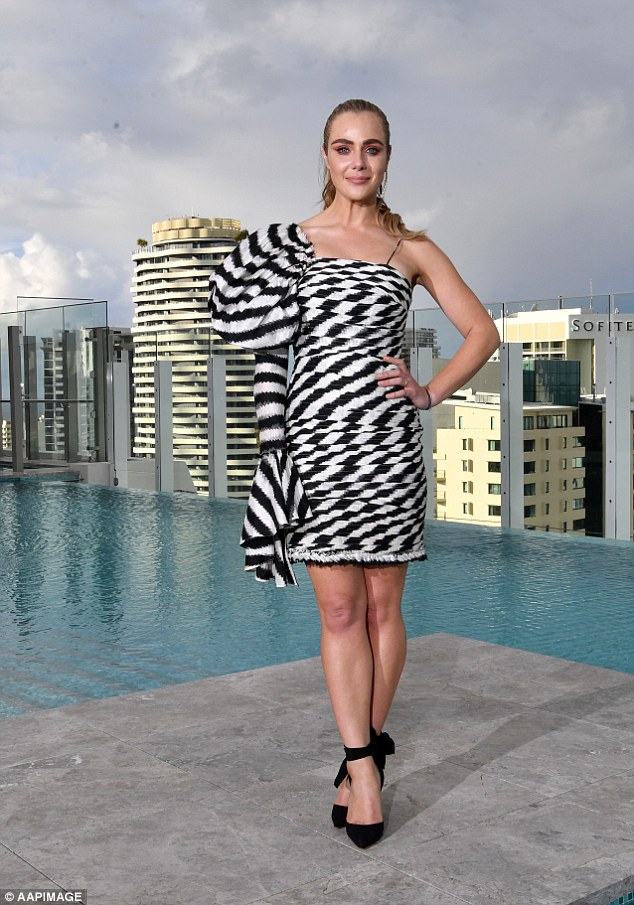 Legging it! Love Child’s Jessica Marais, 33, also flaunted her trim pins at the event, in an ornate black-and-white striped frock which she paired with classic pointed black heels

For the event, the bronzed beauty opted for a dewy style of make-up and finished the outfit with a pair of matching black strappy heels.

The 33-year-old South African-born actress looking resplendent in the one-sleeve designer gown, which she paired with a pair of pointed suede heels.

For the event, Jessica opted to wear her brunette locks sleeked back in a high-fashion ponytail.

At one point, the Packed to the Rafters star posing next to the venue’s sky high pool, surrounded by Brisbane’s skyline. 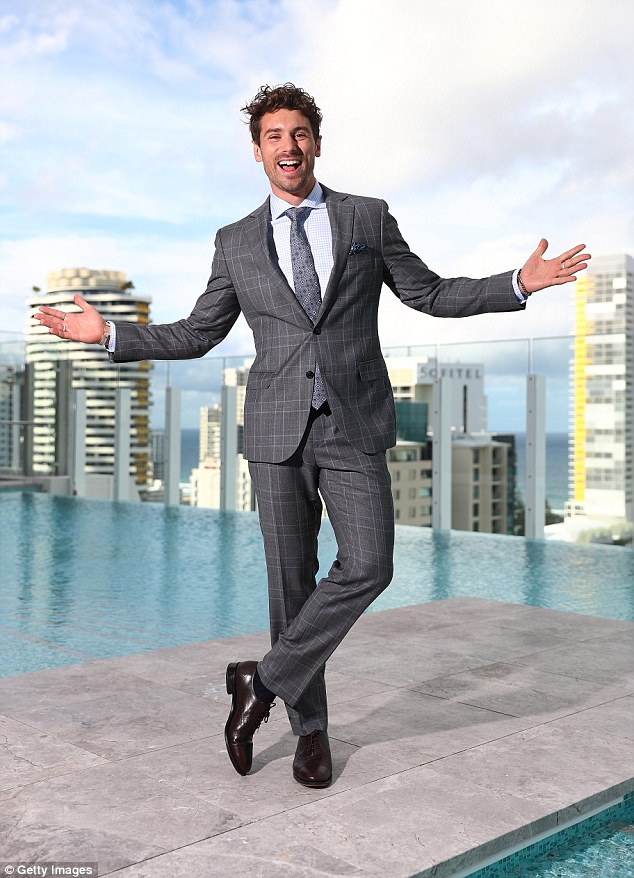 The blonde beauty turning heads in the opulent take on the wrap dress, which featured a long-sleeve detail, which showed off her bronzed pins.

She finished the upscale look off with a pair of metallic silver pumps and a silver Chanel bag which appeared to be in the shape of a miniature hat box. 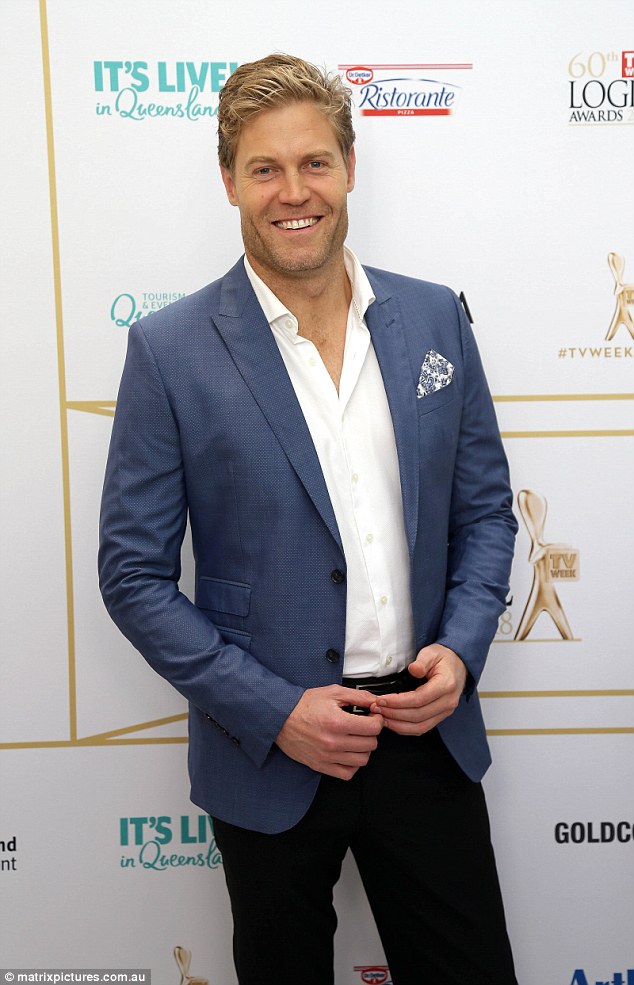 For the event, Sylvia opted to wear her long blonde locks in an elegant up-do hairstyle with a hanging fringe.

Turning towards the men, first time nominee Matthew ‘Matty J’ Johnson caught the eye of plenty of ladies in a bespoke striped brown and white suit.

The 30-year-old, who appeared on last season of The Bachelor and Channel Ten’s The Living Room, paired the classic-look suit with an off-white shirt and silver tie. 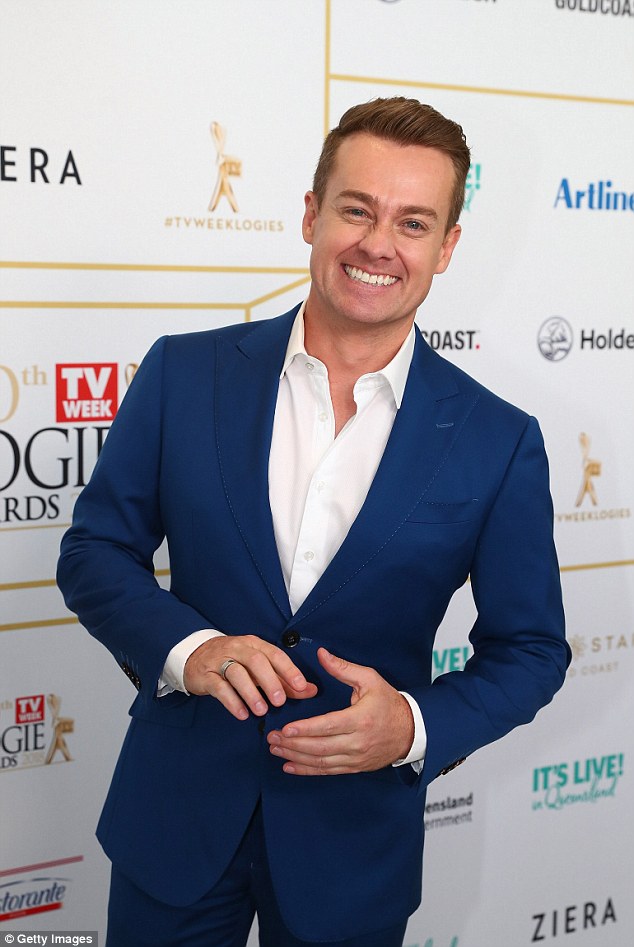 No Feud here!  Channel Ten host of Family Feud Grant Denyer was all smiles in a cobalt blue suit at the Brisbane event

Proving that winners are grinners, the reality star completed the look with a pair of high-gloss brown lace-up shoes.

The blonde hunk showing he isn’t short in the style stakes, by pairing a navy blue button down blazer with a crisp white shirt and black suit pants. 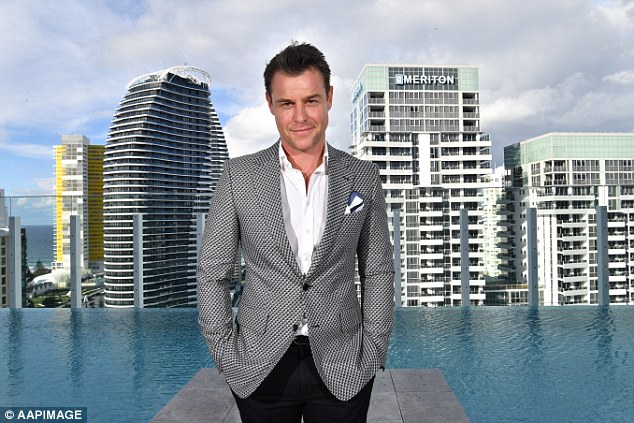 Call the doctor! Star of Doctor Doctor, Rodger Corser, 45, showed plenty of flair at the event, wearing a textured blazer with a white shirt and black suit pants

Host of Family Feud Grant Denyer added plenty of showbiz sparkle to the event, wearing a cobalt blue suit with a crisp white shirt, while giving plenty of smiles.

Turning back to the ladies, veteran 60 Minutes reporter Tara Brown looked chic in an all-black ensemble which featured a sheer overlay.

The hard-hitting journalist dazzling the crowd with a au natural style of make-up, while she completed her outfit with a stylish silver clutch and statement watch. 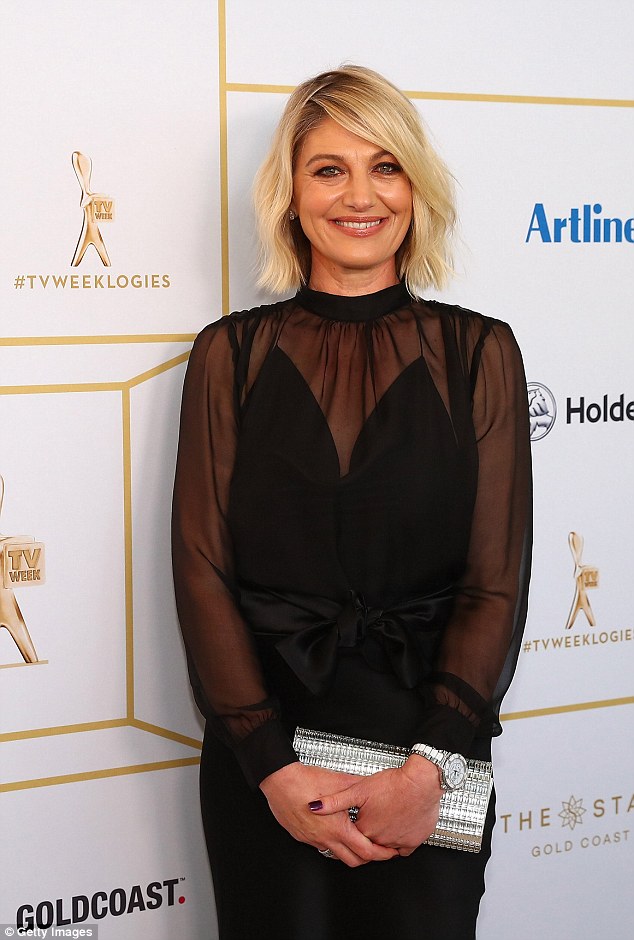 Sheer chic! Veteran 60 Minutes reporter Tara Brown dazzled in an all-black ensemble with she paired with a silver clutch and statement watch

While long-running host of Channel Nine’s A Current Affair, Tracy Grimshaw was all smiles in her monochrome outfit.

The critically-acclaimed presenter, who is in the running for the coveted Gold Logie this year, wore her shoulder length brunette locks out while opting for a billowing white blouse and a pair of black slacks.

She finished the outfit with peep-toe shoes. 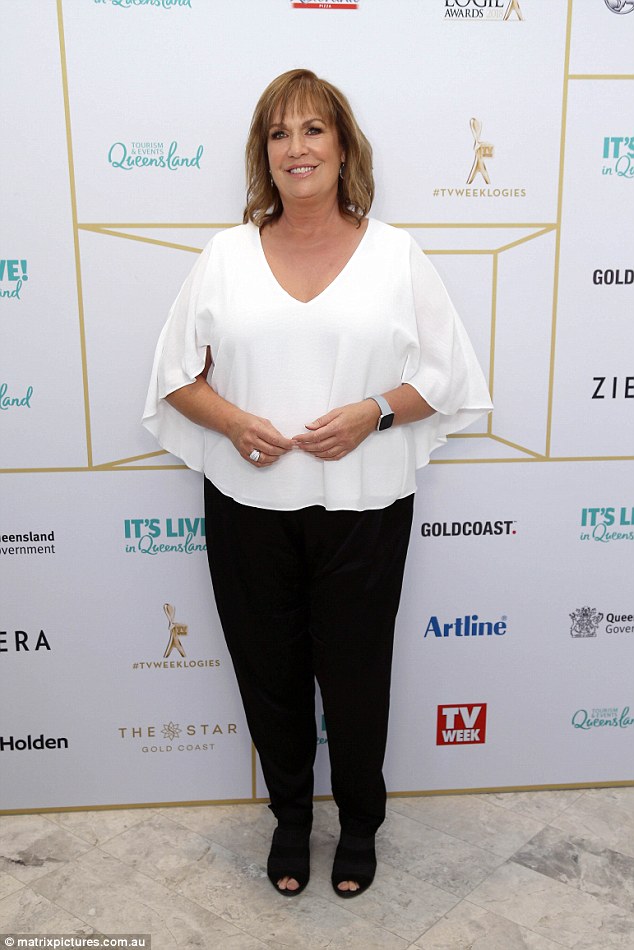 Monochrome magic! Host of A Current Affair Tracy Grimshaw opted for a billowing white blouse and a pair of black slacks, completing her outfit with peep toe shoes

While also in the running for the Gold Logie, The Living Room’s Amanda Keller opted for a more colourful frock at the event.

Wearing to wear his cropped blonde hair in a casual style, the presenter showed she’s not afraid of a risky choice in a wrap dress emblazoned with flowers.

The blonde beauty pairing the light-fitted frock with a number of statement necklaces and high gloss black heels, giving it an edgy look. 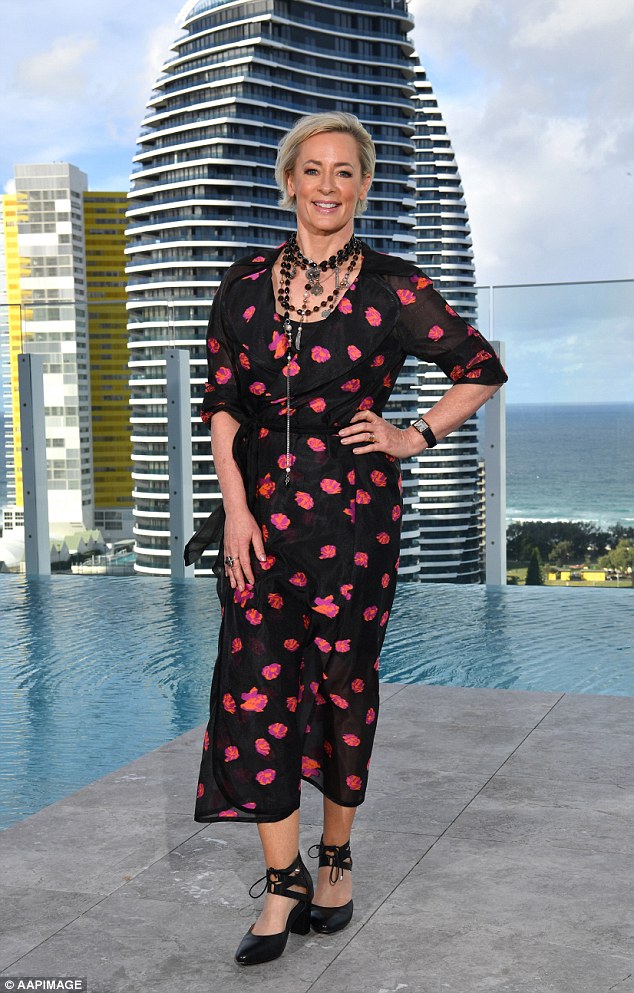 Edgy look! The Living Room host Amanda Keller, 56, gave her floral dress an edgier revamp with a number of statement necklaces and a pair of black high-shine heels