Samantha Armytage reveals she has used her phone while driving

‘I have a confession’: Sunrise star Samantha Armytage reveals she has been busted by police for using her mobile phone while driving

Samantha Armytage was busted by police for using her mobile phone while driving.

The Sunrise star made the shock confession during Wednesday morning’s edition of her top-rated breakfast show.

Speaking during a Hot Topics segment, the 42-year-old revealed she was caught by the authorities in an undercover sting, before being slapped with a hefty fine.

‘I have a confession’: Speaking on Sunrise on Wednesday, Samantha Armytage revealed that she has been busted by police for using her mobile phone while driving

During the segment, Samantha and guest panelists were discussing the innovative ways that police are catching drivers using their mobile devices.

‘I have a confession, I’ve been done!’ the bubbly blonde revealed.

‘(It was a) police sting, a covert operation where they looking down off an overpass and then pulling you over further down the street. They caught me, and I was done!’ 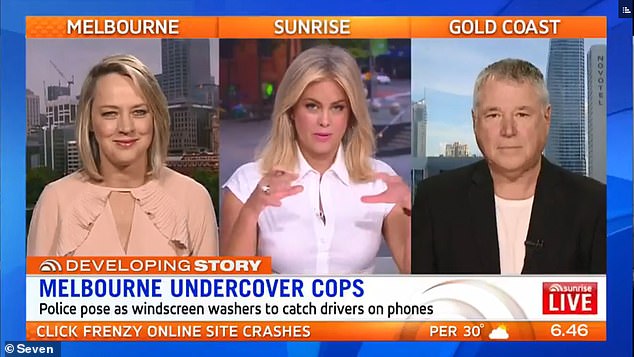 Shock confession! Samantha and guest panelists were discussing the innovative ways that police are catching drivers using their mobile devices

While Samantha didn’t disclose where or when the incident occurred, it’s likely that she would have lost four demerit points if she was busted in her native New South Wales.

The Channel Seven star would also have been hit with a fine of around $300.

And it seems the esteemed journalist has learned her lesson, claiming she now keeps her device out of arm’s reach. 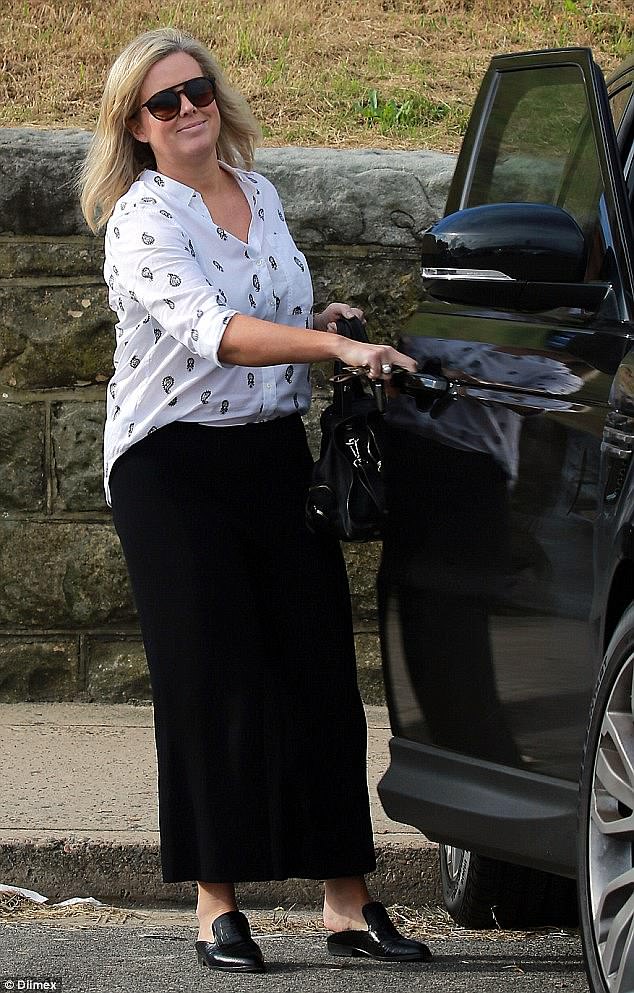 Cautious driver! Samantha says she now keeps her phone in the back seat. She is pictured hopping into her ritzy Range Rover

‘Do you know what? Never done it again! I now hide my phone on the back seat, so it’s not a temptation,’ she stated, before adding: ‘It works!’

A contrite Samantha further admitted: ‘Sometimes they’ve got to ping you for you to learn your lesson.

‘Driving and using your phone is illegal!’ 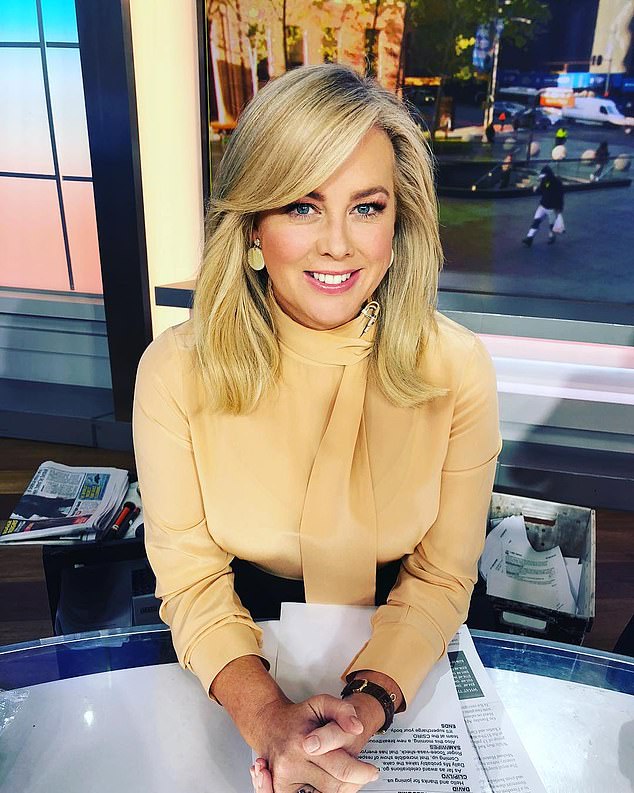 ‘Driving and using your phone is illegal!’ Samantha now obeys the road rules