Young Australian of the Year Samantha Kerr was convinced she was going to play AFL.

The 24-year-old had dreams of playing for the West Coast Eagles, the same team as her brother, Daniel, who won a premiership with the team.

But at 15 when she got told she was ‘the wrong gender’ for the sport and realised she would no longer be able to play the game once she hit at a certain age, Sam switched codes to soccer.

Although AFL now has a women’s competition, Sam has stuck with soccer and helped take her team to the World Cup and the Olympics.

‘I truly thought they were going to change the rules for me, being the young kid I was … but I made the change to soccer,’ she told the ABC.

The Perth resident already has a host of achievements to her name.

From the first Australian woman to be named a finalist for FIFA Female Player of the Year, to being awarded the prestigious Young Australian of the Year 2018 award on Thursday, Sam has managed to break incredible ground for women’s sport.

As the star striker for the national soccer team, the Matildas, she is know for her signature goal-scoring backflip. 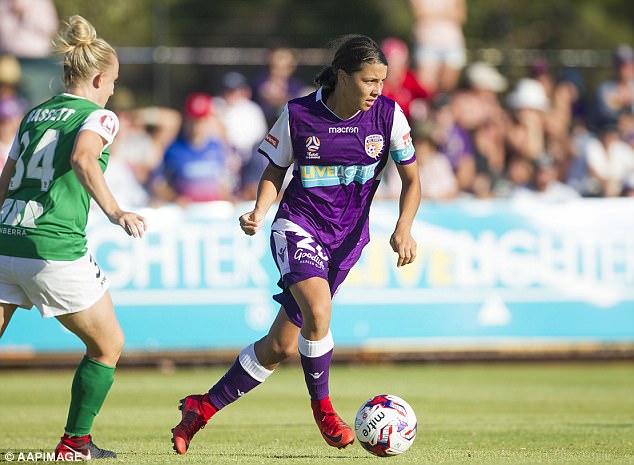 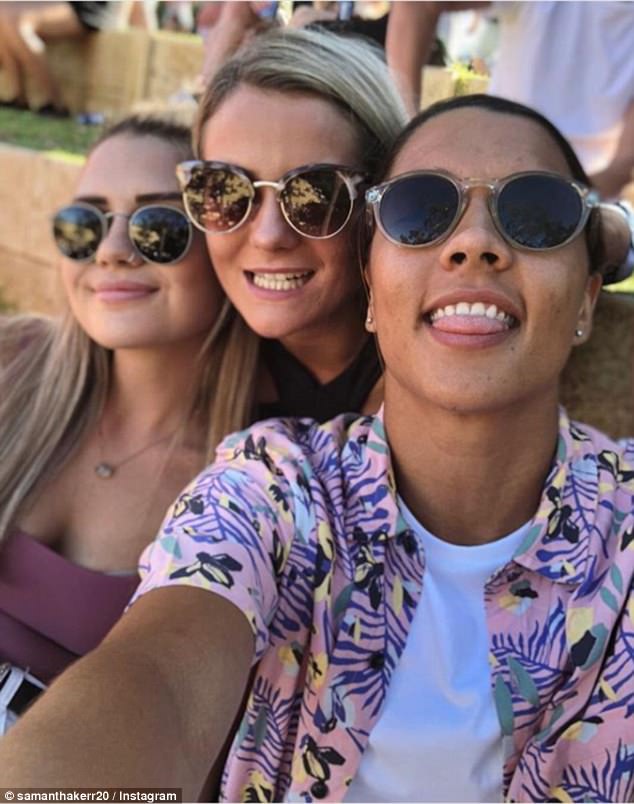 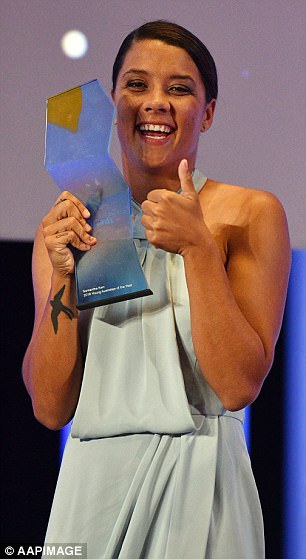 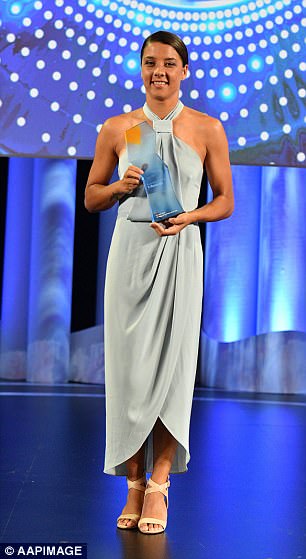 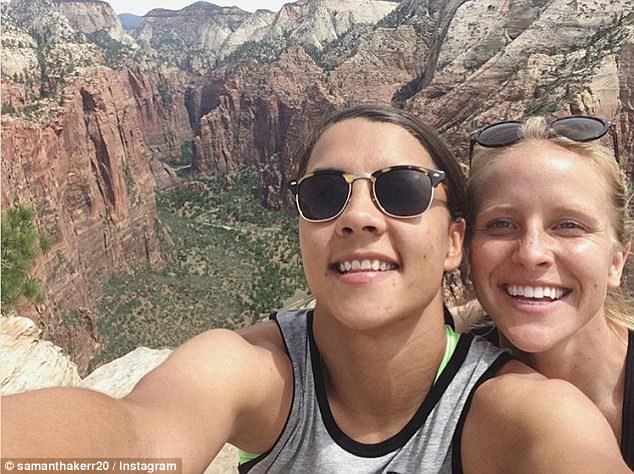 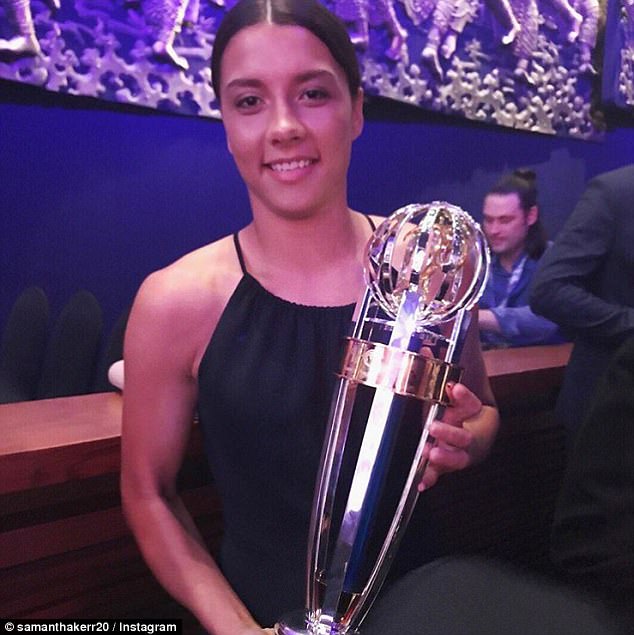 She’s been described as a well-grounded athlete who inspires young and old with her athletic prowess and sportsmanship.

A role model for young sports fans across the world, Sam has been involved in the industry at a time when women’s sport is beginning to take centre stage.

‘We have national team contracts, we have a minimum wage in the W-league … and we as athletes are being treated as true professionals,’ she said. 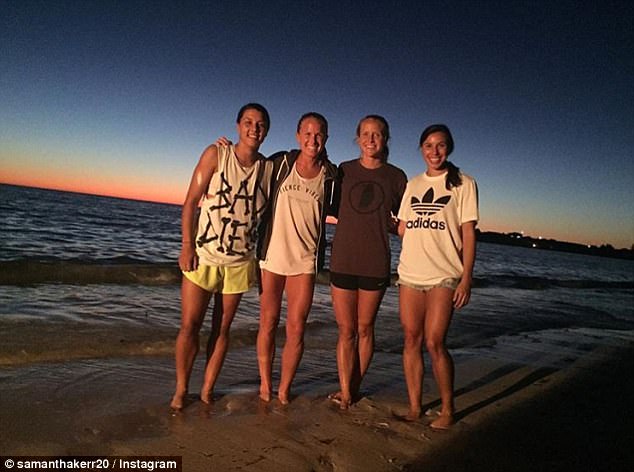 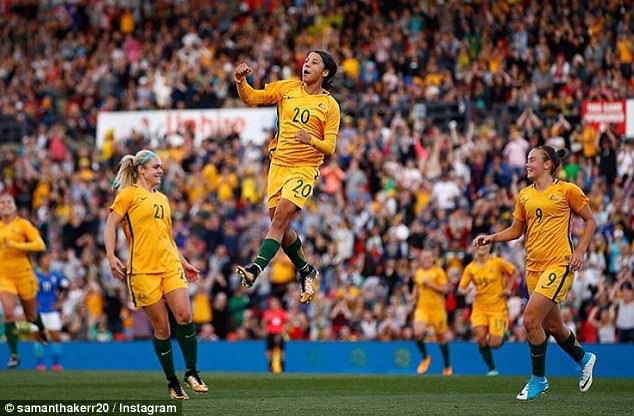 With her signature goal-scoring backflip, Sam has been with the national team since she was just 15 years old

She has had contracts with Sydney FC, currently plays in the W-league for Perth Glory and is in her fifth season in America’s National Women’s Soccer League.

Her talents both on domestic and international fields helped score her the national award at Parliament House on Thursday night.

‘As a female athlete, this makes me extremely proud to be Australian,’ she told the audience at the ceremony.

She has helped Australia win the Tournament of Nations and set a new record in the National Women’s Soccer League in the United States, scoring 17 goals in 22 games. 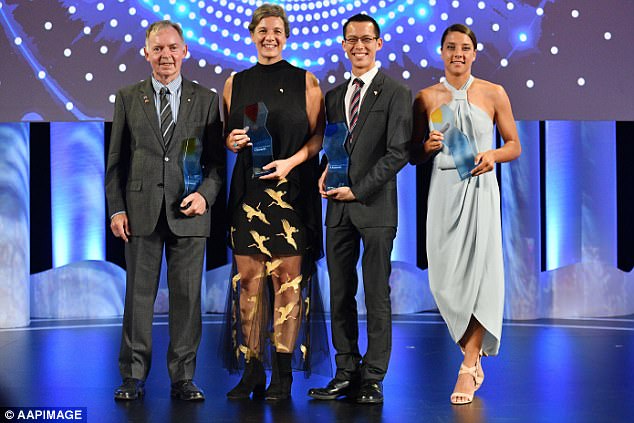