The paedophile who drugged, molested and killed nine-year-old Bondi schoolgirl Samantha Knight more than 30 years ago is set to walk free from prison.

Michael Anthony Guider will be released from the Metropolitan Special Programs Centre at Long Bay on June 6 unless the New South Wales government wins a court action to keep him inside.

The 69-year-old has never publicly expressed any remorse for killing Sam – which he claimed was accidental – and her body has never been found.

Sam’s disappearance from near her mother’s home in Sydney’s eastern suburbs led to one of the largest searches in Australian history and has remained a mystery for 15 years.

Parents across the country changed the way they considered their children’s safety as hundreds of thousands of posters were distributed featuring smiling images of the confident little girl.

Samantha Knight was just nine years old when she was snatched from a street at Bondi in Sydney’s eastern suburbs. Paedophile Michael Guider claimed he gave the schoolgirl sleeping pills so he could molest her but she overdosed and died. Guider is due to be released from jail 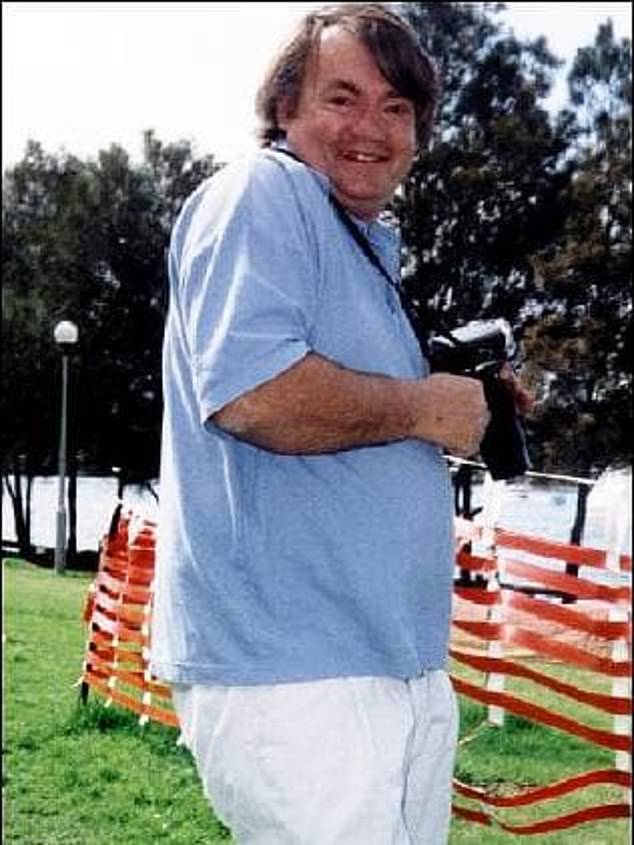 Michael Anthony Guider was a gardener who befriended the vulnerable mothers of children he wanted to molest. He offered to babysit their children then drugged and molested them. He was serving a 16-year sentence when police learnt he had killed nine-year-old Sam Knight 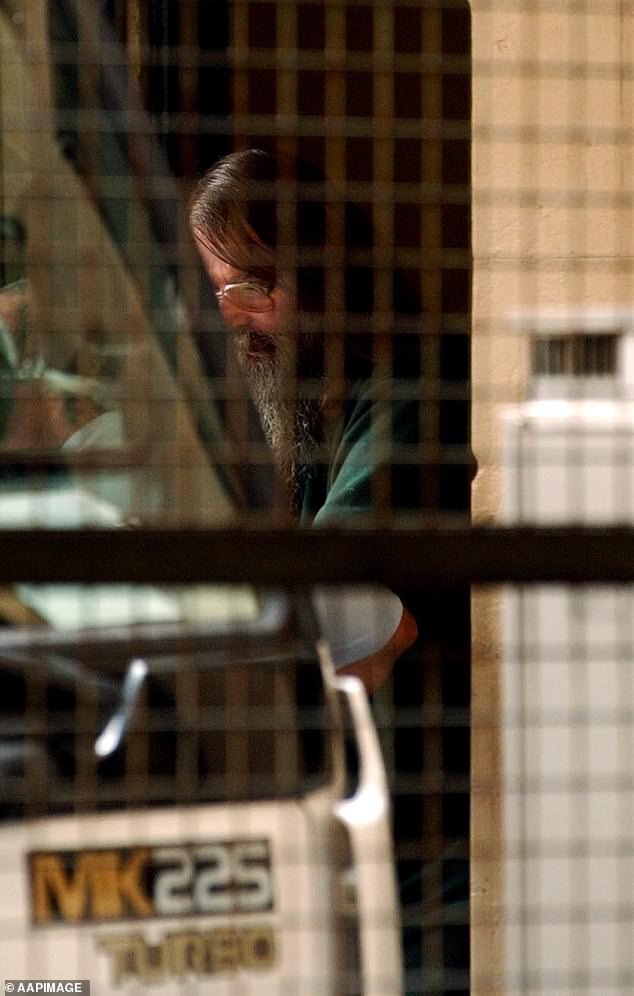 Paedophile Michael Guider claimed he buried Sam Knight’s body in Cooper Park at Bellevue Hill in Sydney’s eastern suburbs then dug up her body 18 months later when he saw workmen in the area. He said he dumped Sam’s remains at the Royal Sydney Yacht Squadron at Kirribilli

The NSW Attorney-General, Mark Speakman, has moved to stop Guider’s release by launching court action which would keep the serial child sex offender behind bars for another year.

That second order would have ‘stringent conditions controlling where the offender lives, where he can go and who he can associate with,’ Mr Speakman told Daily Mail Australia.

Those conditions were likely to include electronic monitoring.

‘NSW has the toughest post-sentence detention and supervision laws in the country which make community safety the priority,’ Mr Speakman said.

‘Any further comment from me while this matter is before the court would be inappropriate.’

Guider does not need to apply for parole because his maximum sentence expires on June 6. 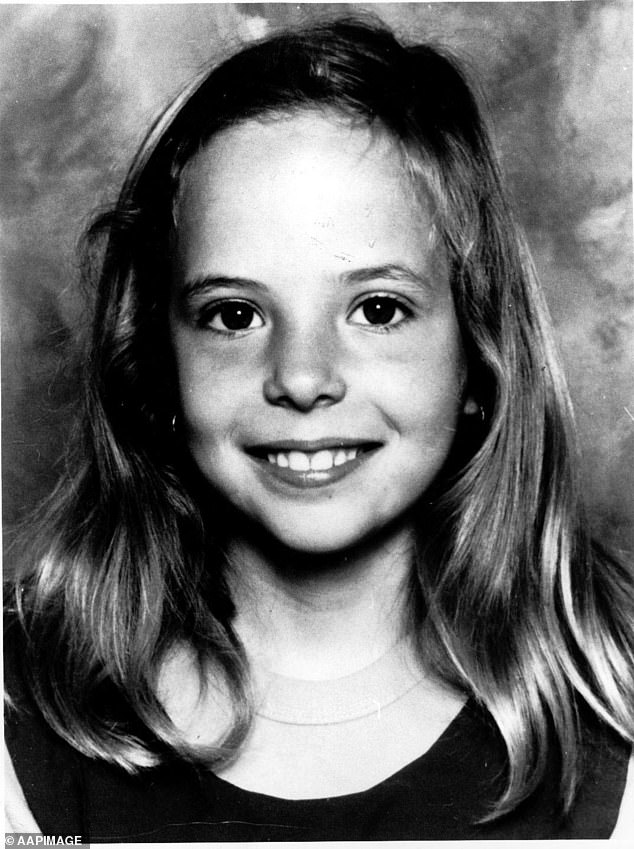 Sam Knight was seen on the afternoon she went missing from near her home at Bondi walking the streets in her school uniform. Hundreds of thousands of posters featuring her image were plastered around Australia and could still be seen for years after her 1986 disappearance 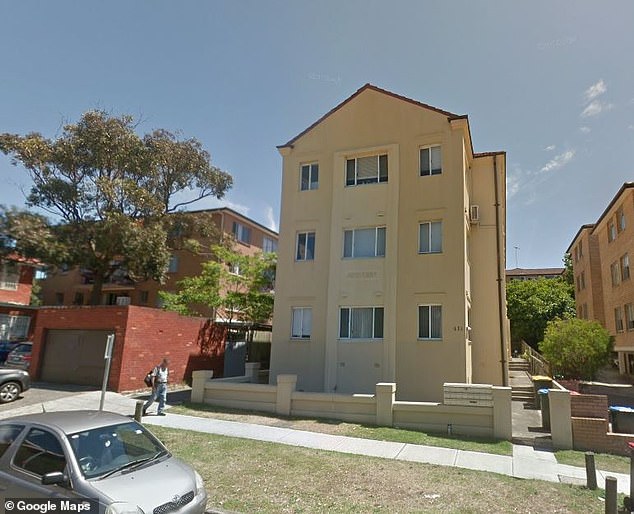 This is the block of flats in Imperial Avenue, Bondi, where Sam Knight lived with her mother Tess in 1986 as it is today. Michael Guider had acted as a babysitter for Sam and many other pre-pubescent girls whose mothers he befriended. He assaulted the girls after drugging them

Sam was one of perhaps scores of children aged two to 16 Guider molested over many years. His usual method of offending was to drug then molest pre-pubescent boys and girls.

Many of his victims, including Sam, were the daughters of mothers he had befriended and he sexually assaulted them during babysitting sessions.

Guider played a ‘game’ called statues with some victims in which he ordered them to stand still while he exposed himself and touched their genitals; he took thousands of images of the children he violated while they were drugged.

The long-haired gardener claimed some of the mothers knew what he was doing and told a psychologist at least one of them – not Sam’s mother – did not mind. 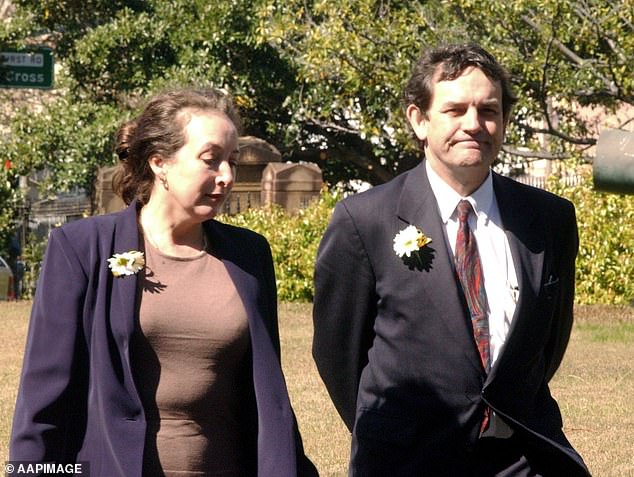 Sam Knight’s parents Tess Knight and Peter O’Meagher outside the NSW Supreme Court after Michael Guider was sentenced for the August 1986 manslaughter of their daughter in August 2002. ‘Guider is the only person who knows where Sam is,’ Ms Knight told reporters 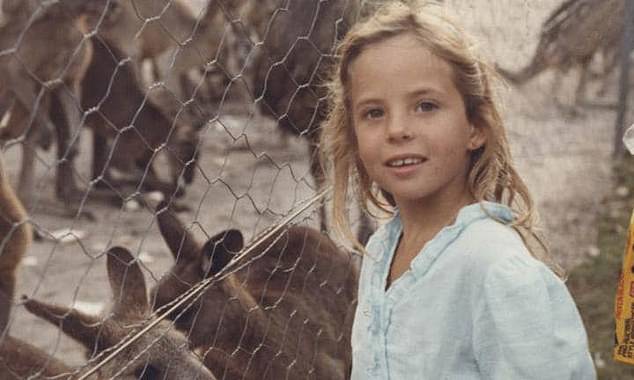 Sam Knight’s parents Tess Knight and Peter O’Meagher do not know where their daughter’s remains lie. ‘There is no reason why he can’t tell us where Sam is,’ Ms Knight has said. ‘I think I would like to know a little bit more about what happened.’ Sam would be 41 if still alive

Guider was serving a 16-year sentence imposed in 1996 for 60 offences against 11 children when police realised he was responsible for one of Australia’s most high-profile unsolved crimes.

He was arrested and charged with Sam’s murder in February 2001 but pleaded guilty to manslaughter under the weight of damning evidence including a confession to his brother Tim, a jailed armed robber.

Guider had first molested Sam when she was living with her mother Tess at Manly in 1984 and 1985.

He snatched Sam from near her home in Imperial Avenue, Bondi, after school on August 19, 1986.

The honey-blonde, green-eyed girl had been seen that afternoon walking the streets in her uniform. Within days Sydney was plastered with ‘Find our Sam’ posters which described her as intelligent, outgoing and well-spoken.

Guider later claimed he had drugged Sam with the sleeping pill Normison and she died of an overdose on his lounge while he went out to the shops.

He told investigators he buried Sam in Cooper Park at nearby Bellevue Hill but dug up her body 18 months later when he saw workmen near her grave.

Guider said he then put Sam’s remains in a dumpster containing landfill at the Royal Sydney Yacht Squadron at Kirribilli on the other side of the harbour. 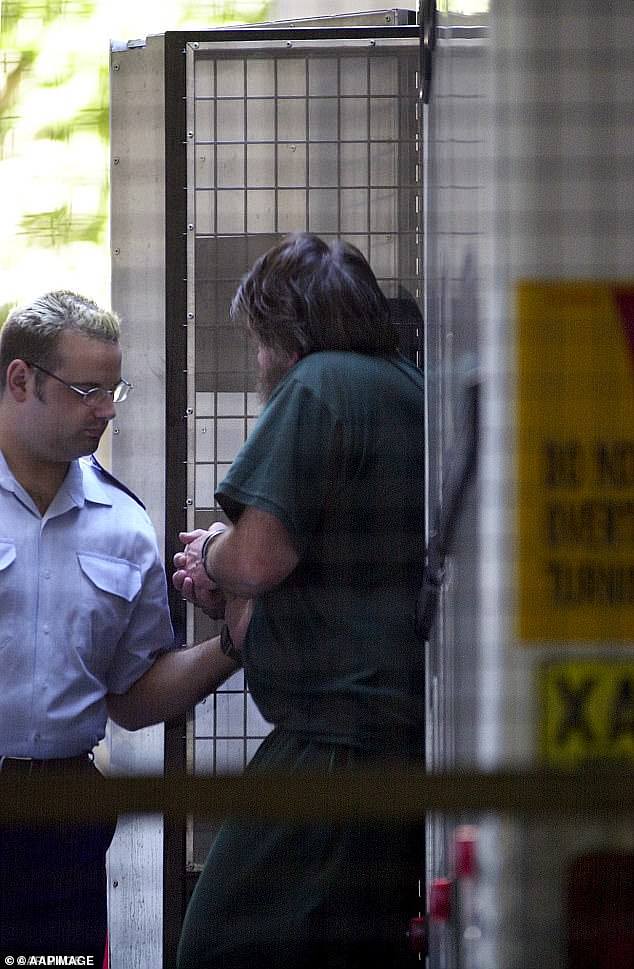 NSW Attorney-General Mark Speakman has moved to stop Michael Guider’s release by launching court action which would keep the serial child sex offender behind bars for another year. Guider will be released on June 6 after 23 years in prison if that action does not succeed

After Guider pleaded guilty to manslaughter Sam’s mother said: ‘Guider is the only person who knows where Sam is.’

‘There is no reason why he can’t tell us where Sam is. I think I would like to know a little bit more about what happened.’

Sam’s father Peter O’Meagher, whose marriage to Tess had been short, said: ‘We’ve got to bury her. We really just want that.’

Guider was sentenced in August 2002 to 17 years’ prison with a non-parole period of 12 years for manslaughter.

He first became eligible for release in June 2014 when the State Parole Authority refused to let him out and determined he could seek freedom the following year.

Parole was again refused in 2015 at which time the authority decided it would not consider his release again until 2017. Guider did not seek parole in 2017 or 2018.

Guider’s case was mentioned in the Supreme Court on Tuesday and returns to court in May. Samantha Terese Knight would be 41 if still alive.