Samantha Schreiber, 20, from Wisconsin, explained that although she had a really good childhood, she was always the ‘heavier friend’.

However, a break-up in her sophomore year of high school triggered a dependency on comfort eating that Samantha hasn’t been able to shake since. 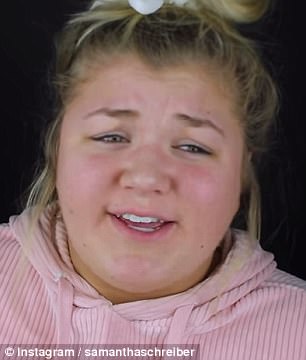 Struggle: Vlogger Samantha Schreiber, 20, from Wisconsin, has revealed her struggle with binge eating on her YouTube channel 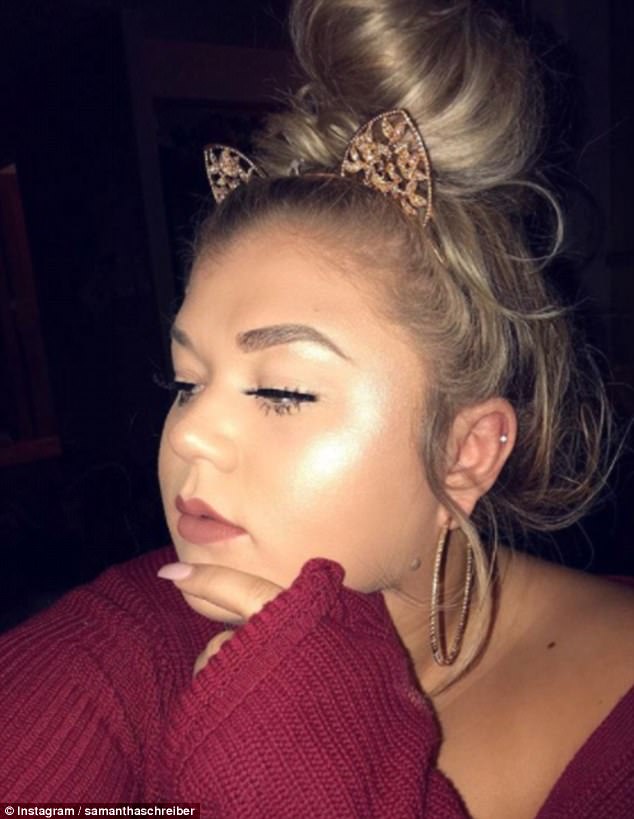 Heartbreak: The college student revealed that a bad break-up triggered a period of comfort eating that led to her binge eating disorder

Active: Samantha shared that she when she stopped playing sport towards the end of high school she gained a ‘ton’ more of weight

‘It just broke me, it was so sudden,’ she told the camera. ‘It knocked me off my high horse. That summer I got super depressed and I gained even more weight’.

Explaining that because she was going into her junior year of high school and was still doing track and volley ball, she didn’t gain any weight and maintained her weight gain.

But in her senior year, Samantha stopped doing sport and said she gained a ‘ton’ of weight.

She added: ‘I knew it wasn’t healthy so I wouldn’t eat and then would binge out hard core, 5000 calories. And if you were to ask me right after a binge what I ate, I couldn’t tell you.’

She also explained that binge eating disorder is like bulimia but without the throwing up or purging, so she continued to gain weight.

It was at this point, that Samantha reached out to an Instagram trainer named Bailey Ducommun for advice and guidance.

Bailey put Samantha on a meal plan and she successfully lost between 35-40 pounds.

However when she went on an all-inclusive cruise with her family, she went ‘a little nuts’, gained around five pounds and triggered her past binging behavior.

‘I thought I had cured by BED,’ she admitted. ‘But I could not get it back and by the time school came around this fall, I had gained all of it back’.

She also revealed that she had gained another 30 pounds on top of what she gained back. 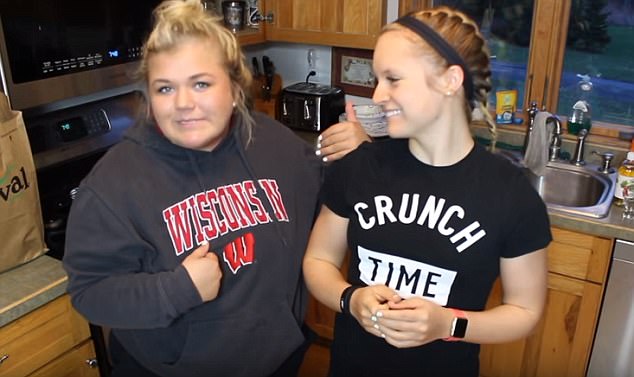 Set back: Although she lost 35-40 pounds with the help of trainer Bailey Ducommun, pictured, by September 2017, Samantha put all the weight back on after an all-inclusive family cruise 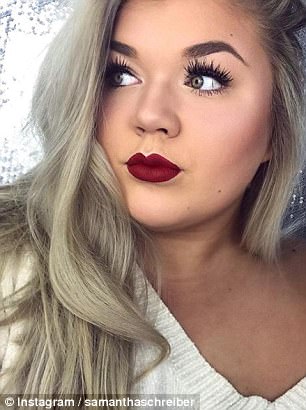 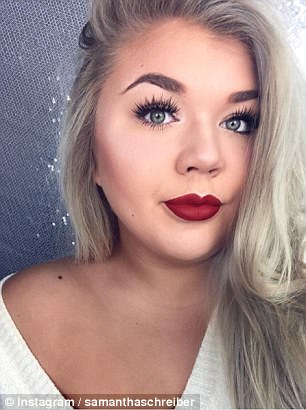 Self-esteem issues: Now in her freshman year of college, Samantha shared that she doesn’t want to get out of bed most days and would prefer to stay indoors watching movies 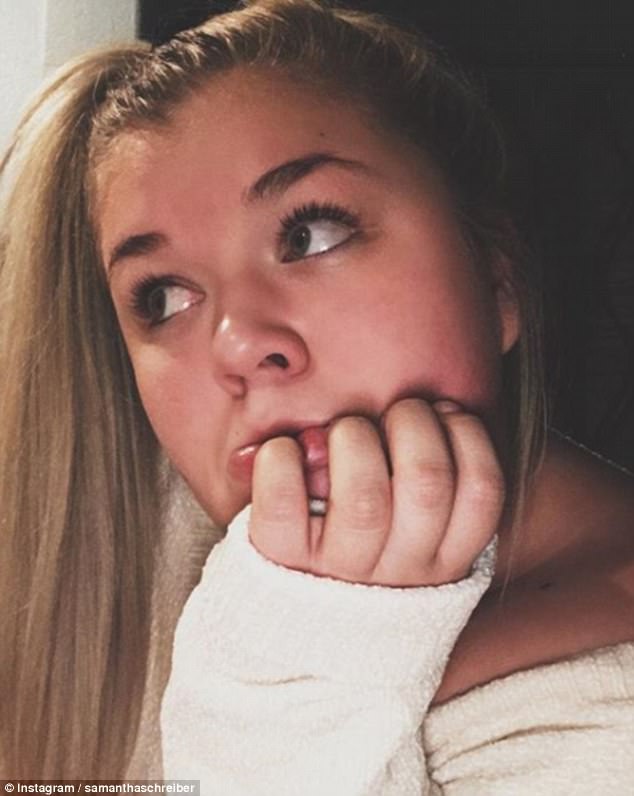 Inspiration: Samantha is hoping to inspire others to share their struggle with binge eating so they can help each other recover

Now in her first year of college, Samantha shared that she really wants to try and lose weight but is struggling with her self-esteem and cannot find the motivation to make a change.

‘I don’t care for myself. I barely put make-up on, I have no self-confidence even though it looks like I do. I would rather stay in bed and watch movies so no one has to see me and I don’t have to go anywhere, and no one can make fun of me,’ she disclosed.

‘Even if people don’t make fun of me out loud, I know that when I walk by them, they’re making fun of me in their head.’

And she also revealed that she feels sad that life is passing her by and that her eating disorder has prevented her from enjoying her life and her youth.

‘Everyone always says it’s as simple as “eat healthy and workout” and it’s not. There’s something wrong with me.

‘I’ve shoved myself into a hole so deep I don’t know how to get myself out of it.’

However, Samantha is hopeful that her honesty will help her recovery and will also strike a cord with others struggling with body issues and binge eating disorder.

‘I think a lot of things can be prevented if you start with loving yourself. If I had to chose to love myself when I went through that break-up I’d never be in this situation,’ she concluded.