She’s the buxom blonde whose vivacity and business prowess helped her thrive as as a high-class escort.

And having recently hung up her heels for good, Samantha X (real name Amanda Goff) has spoken candidly about her foray into the industry – admitting she was just 15 when she knew she wanted to be a sex worker.

‘I knew from a very young age, I always knew I was going to do it,’ the mother-of-two told Mamamia this week.

‘I used to ring brothels and massage places and hang the phone up’: Former high-class escort Samantha X revealed she was FIFTEEN when she knew she wanted to be a sex worker

She explained: ‘I came from a very good family in London, went to private school, went to university, my father was a lawyer, my mother was Persian royalty almost – so I used to ring brothels and massage places and hang the phone up.’

‘I remember when I first learnt how to drive, my doctor’s office was opposite a brothel, and I used to just park the car and just watch the people going in and out. So I was always fascinated with that world.’

Samantha revealed that her desire to be a sex worker was heightened when she interviewed strippers as a journalist after moving to Australia.

‘I went in thinking I was going to be with these junkies and it’s going to be horrible and dirty… but one was at uni, one was a single mum, they were really smart, strong… and I just loved their confidence,’ she confessed.

She added that she was ‘amazed’ and ‘impressed’ with how ‘strong’ the strippers were. 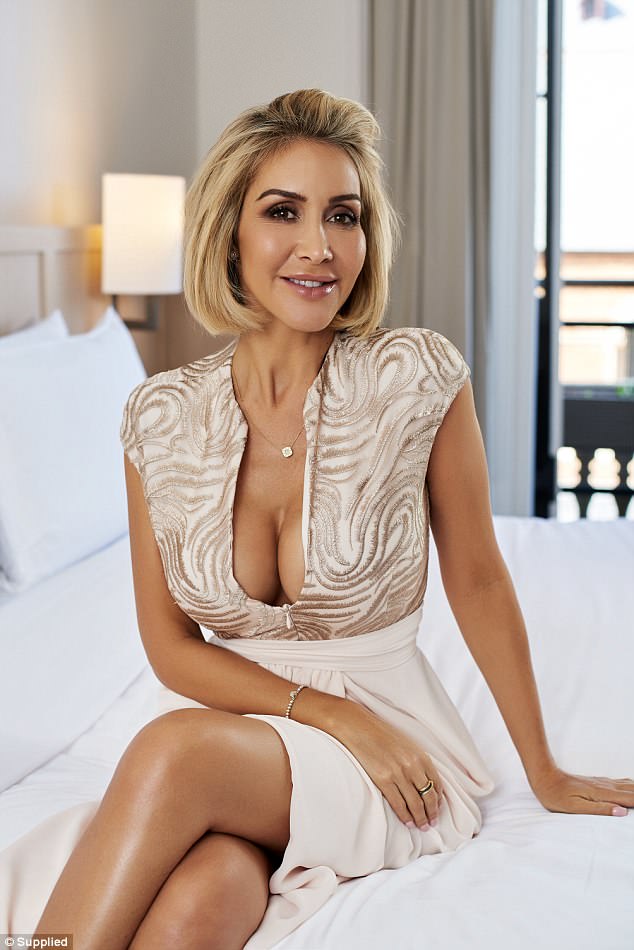 Determined: ‘I knew from a very young age, I always knew I was going to do it,’ the mother-of-two told Mamamia this week

Samantha first revealed she had been working as an escort during a Sunday Night interview in 2014.

Discussing the moment, she previously said: ‘Outing myself and owning my job as an escort was terrifying yet liberating.

Since then, she has launched her own agency Samantha X Angels and written two books including Hooked: Secrets of a High-Class Escort and Back on Top published this year about her experiences in the sex industry.

She retired from her escorting profession in October last year – three years after going public.