Sampdoria 0-4 Napoli: Luciano Spalletti’s side maintain their perfect Serie A record and secure their place at the top of the table

Luciano Spalletti’s side are two points clear of Inter Milan and AC Milan with a perfect 15 points, scoring 14 goals and conceding two in their five games.

Osimhen’s cushioned volley put the visitors ahead after 10 minutes at the Stadio Luigi Ferraris before two good saves from David Ospina denied Samp an equaliser. 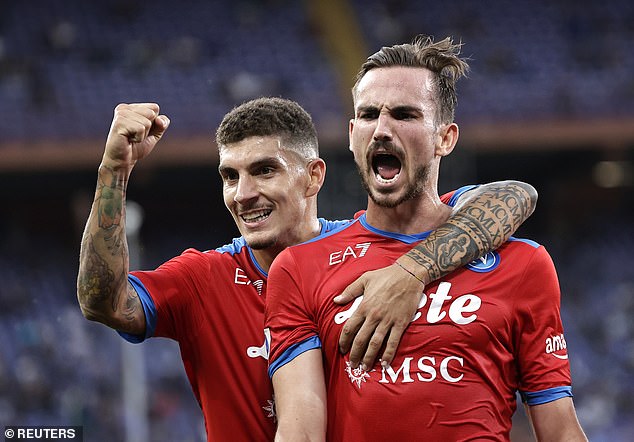 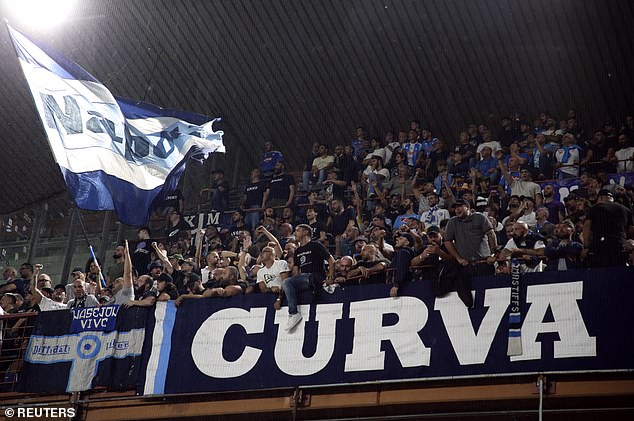 Napoli pulled clear through an arrowed Fabian Ruiz strike before the break, and explosive strikes from Osimhen and Piotr Zielinski completed the rout.

Osimhen, who had enough opportunities to score a hat-trick, took his tally to five goals in five games in all competitions as the Partenopei continued to make an early statement about their title credentials.

Elsewhere, Ciro Immobile scored a stoppage-time penalty to rescue a 1-1 draw for Lazio at Torino, but the Roman club put in another underwhelming performance under new coach Maurizio Sarri. 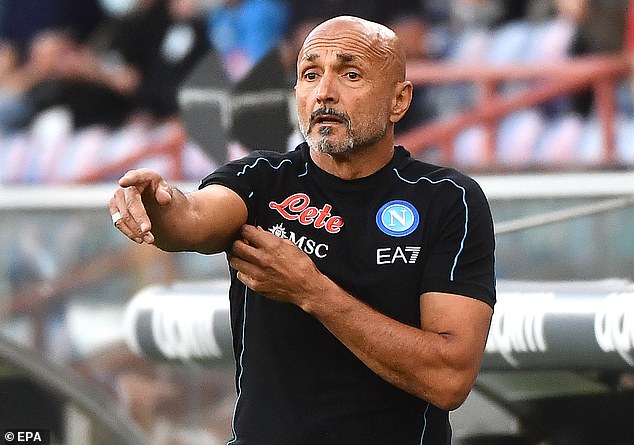 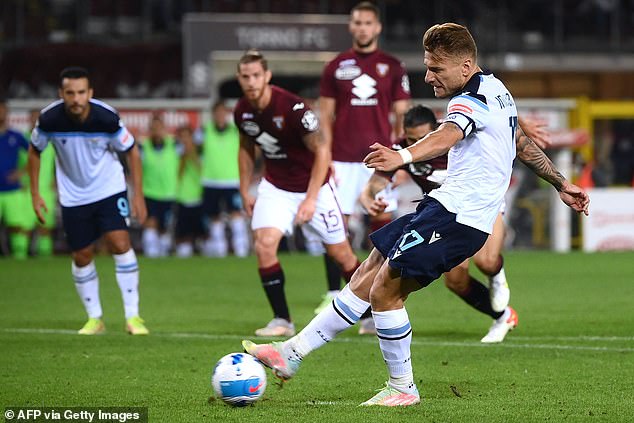 Elsewhere, Ciro Immobile scored a stoppage-time penalty to rescue a 1-1 draw for Lazio

Marko Pjaca headed the hosts in front after 76 minutes moments after stepping off the bench, and the Croatian was denied a second by a smart Pepe Reina save.

Vedat Muriqi was tripped in the box late on to allow Immobile to convert a penalty, minutes after the Italy striker hit the bar with a header.

Lazio are seventh in the standings with eight points, with Torino one point behind in 10th and Sampdoria 13th on five points.