Celebrity chef Dominique Ansel altered the culinary scene forever after with his Instagram-ready Cronut, which debuted in New York City in 2013.

But that northeastern city’s cross-country rival, San Francisco, appears to have stolen the culinary fusion spotlight with one of it’s bakery’s latest creations: the tacro.

Tacro is a portmanteau of taco and croissant, and the foodstuff is basically a taco inside an opened-up croissant.

The tacro is a portmanteau of taco and croissant and is the latest culinary fusion creation at Vive La Tarte, a bakery in San Francisco 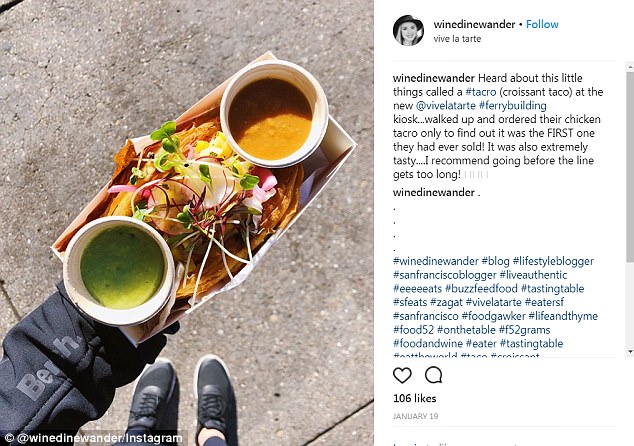 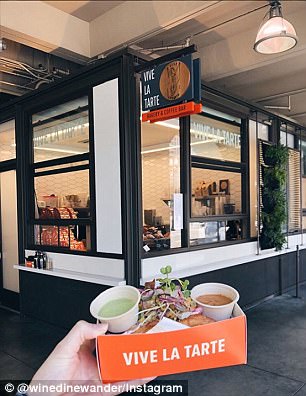 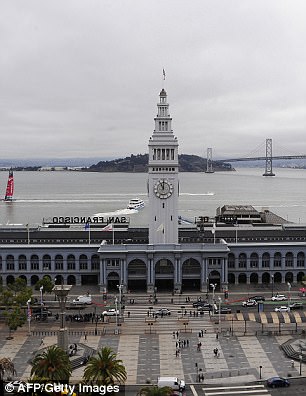 Consumers are able to choose from three fillings: chile chicken and avocado; pulled pork and pineapple; and barbecued jackfruit. For curious carnivores, jackfruit is a fruit native to South Asia that is high in fiber.

All three offerings are garnished with vegetables and mango salsa.

The bakery’s creative director explained to Tasting Table that the tacro is the result of around two months of trial and error.

At first, for example, the bakery’s typically sweet croissant dough did not pair well with the tangy ingredients.

But the bakery’s culinary team persevered and debuted the tacro at its Ferry Building location, which opened this month.

‘One of the things we’re trying to do with Vive La Tarte is to find that balance between tradition, doing things right….and making things fun and interesting,’ co owner Arnaud Goethals, who is originally from Belgium, told Eater SF. 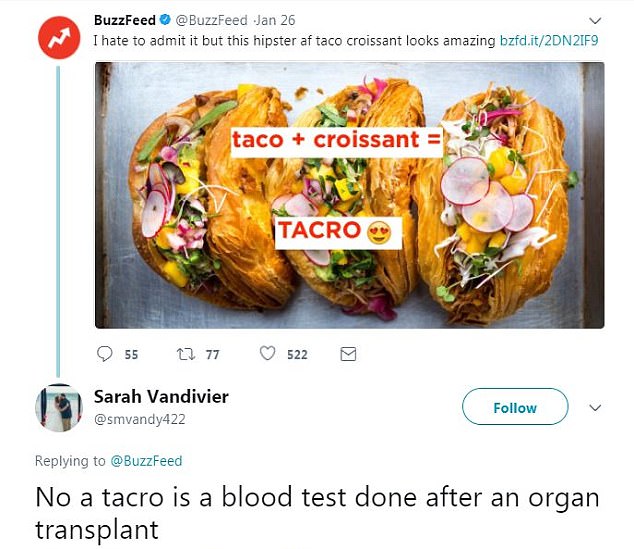 Tweeters expressed delight and astonishment at the existence of the tacro 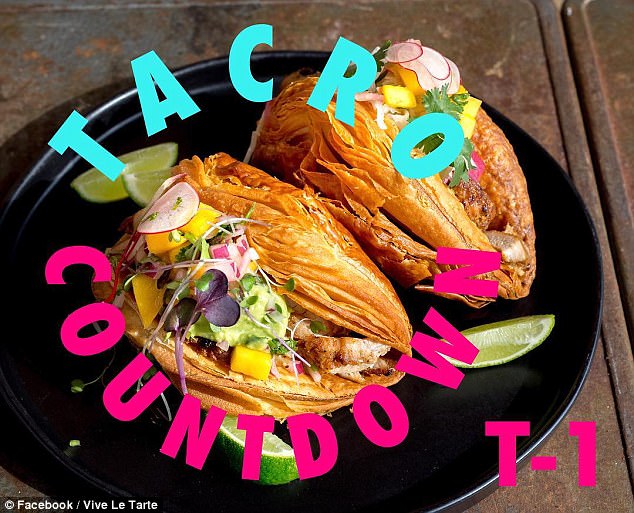 The tacro is the result of two months of trial and error. At first, the dough was too sweet 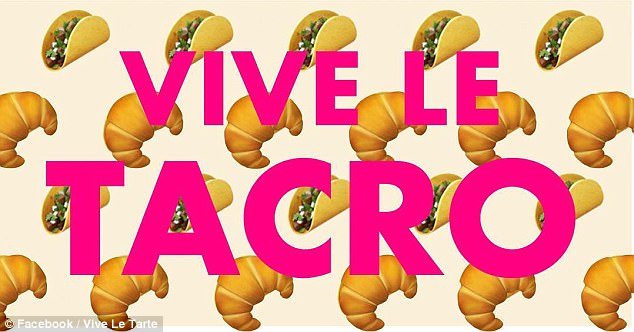 ‘One of the things we’re trying to do with Vive La Tarte is to find that balance between tradition, doing things right….and making things fun and interesting,’ co owner Arnaud Goethals, who is originally from Belgium, told Eater SF

Tweeters appear to both love and misunderstand the Belgian-Mexican fusion creation.

Liza de Guia wrote: ‘Another day, another mashup. Wonder how long until this makes it to NYC from SF.’

Meanwhile, Sarah Vandivier chided: ‘No a tacro is a blood test done after an organ transplant.’ 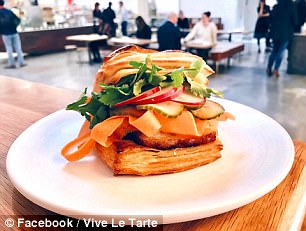 Tacro is an abbreviation of tacrolimus, a drug used for people who have undergone an organ transplant.

Goethals and his partner, Julie Vandermeersch, opened Vive La Tarte out of a VW van in 2011 and just sold tarts. They moved to a brick-and-mortar location in the industrial chic SoMa neighborhood in 2015.

The SoMa location has an average rating of 4.5 on Yelp and 4.7 on Google. Reviewers seem particularly keen on the bakery’s croissants.

Meanwhile, the bakery even debuted a pork belly crobun – croissant/bun – in honor of the Chinese New Year.

The Ferry Building is both a major touristic hotspot and a transportation center for commuters from elsewhere in the Bay Area. 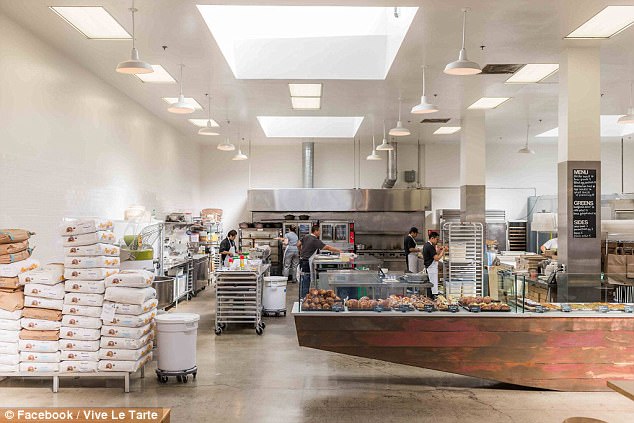 Bakers work in the shop’s brick-and-mortar location in SoMa, or South of Market