The so-called ‘Grand Central of the West’ is closed out of safety concerns after workers discovered a crack in a support beam of the $2 billion transit terminal that opened just last month.

Workers discovered the crack early Tuesday while installing roofing tiles at the Salesforce Transit Center, according to its executive director Mark Zabaneh.

Engineers spent the day inspecting the damage and Zabaneh said they decided to shut the station around 5pm, just as the afternoon rush hour started.

Zabaneh said the cause and the extent of the damage were unknown and the decision to close the terminal was made out of an ‘abundance of caution.’ 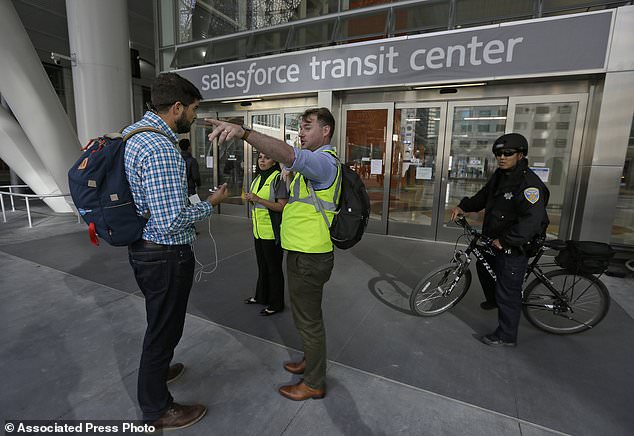 Mike Eshleman, with AC Transit, directs people away from the Salesforce Transit Center following its closure on Tuesday

He said structural engineers would be working at the building Tuesday night to assess whether it is safe for people to return.

Zabaneh said the crack was found near a weld on a stress-bearing horizontal beam. Engineers are searching for other cracks in other pipes, but are optimistic the damage is limited to the one pipe.

Buses were rerouted to a temporary transit center about two blocks away that was used during the center’s construction. A downtown street that runs under the beam was also ordered closed indefinitely, causing traffic chaos at the same time some streets were closed for a conference sponsored by Salesforce that was expected to draw 170,000 attendees.

‘The beam is cracked,’ Zabaneh said. ‘The behavior of the beam is unpredictable.’

Enveloped in wavy white sheets of metal veil, the five-level center includes a bus deck, a towering sky-lit central entrance hall and a rooftop park with an outdoor amphitheater. Zabaneh said American steel was used in the center’s construction.

The San Francisco Chronicle reported that the complex faced delays in putting out contracts to bid, and the winning bids were ultimately higher than expected. 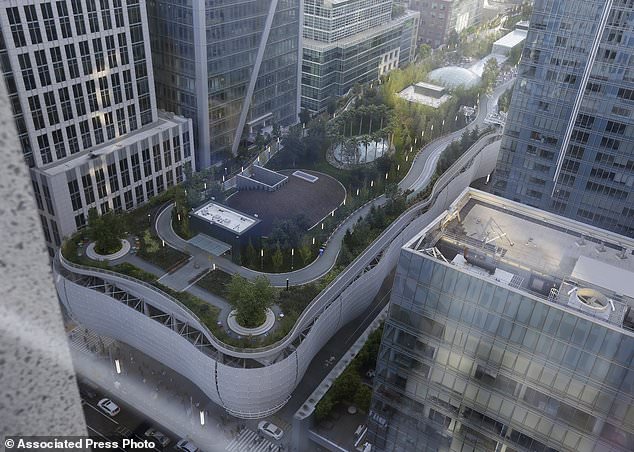 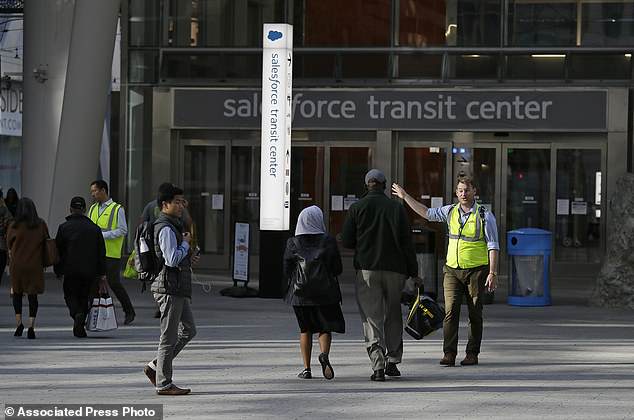 Nicknamed the ‘Grand Central of the West,’ the Salesforce Transit Center opened in August near the heart of downtown after nearly a decade of construction

The terminal’s cost rose from $1.6 billion at its 2010 groundbreaking to more than $2 billion in 2016 because of what one analyst called ‘optimistic assumptions,’ according to the Chronicle.

The project, a commanding presence in the city’s South of Market neighborhood, is financed by land sales, federal stimulus grants, district fees and taxes, bridge tolls, and federal and state funds.

It sits adjacent to another dubious landmark, the so-called sinking condominium, Millennium Tower, which has settled about 18 inches (45 centimeters) since it opened over a former landfill in 2009. Homeowners have filed multiple lawsuits against the developer and the city, some alleging that construction of the transit center caused the Millennium Tower’s sinking.

Zabaneh said he did not believe that the cracked beam was related to ongoing problems at Millennium Tower.

The online business software company Salesforce, which opened its adjacent 61-story Salesforce Tower three months ago, bought naming rights to the center in 2017 as part of a 25-year, $110 million sponsorship agreement.

The Salesforce Transit Center is operated by the Transbay Joint Powers Authority. 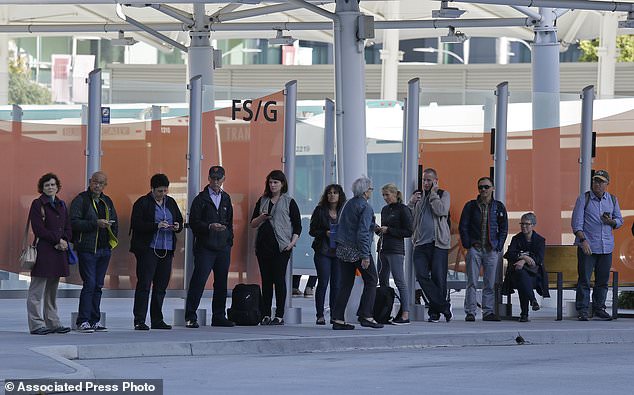 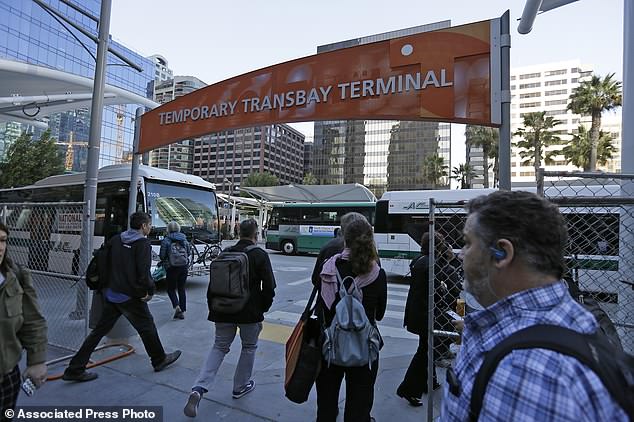 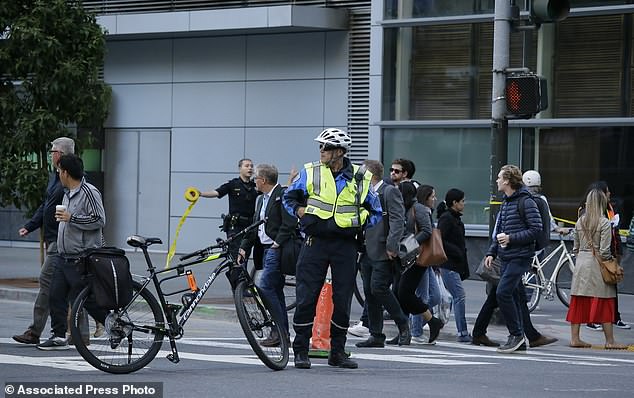