A former Russian spy on the December 19 US sanctions list claims he acted on behalf of oligarch Oleg Deripaska during the 2016 presidential campaign to chase up Paul Manafort’s alleged debts with his former business partner.

Victor Boyarkin said he acted as a middle man in claiming millions of dollars he is said to have disappeared with as Manafort helped Donald Trump in his bid for the presidency.

It cements the idea that the Russians had big leverage over Manafort 10 years after he reportedly signed a contract obtained by the Associated Press, for $10million annually, stating ‘he would influence politics, business dealings and news coverage inside the United States…to benefit President Vladimir Putin’s government’. 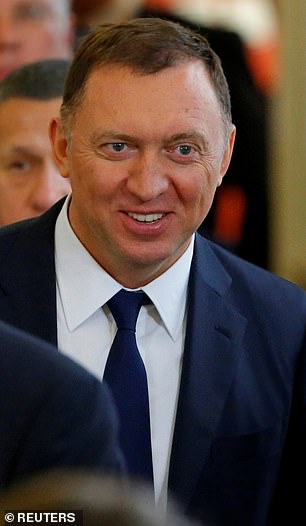 ‘He owed us a lot of money,’ Boyarkin told Time this past fall in a report published Saturday. ‘And he was offering ways to pay it back.’

This year in New York the oligarch said investment consultant Manafort was part of a group who disappeared with $26million a decade ago.

Former GRU officer, Boyarkin, claimed he ‘came down on him hard’ on behalf of Deripaska.

They were both sanctioned this year by the US Treasury Department. 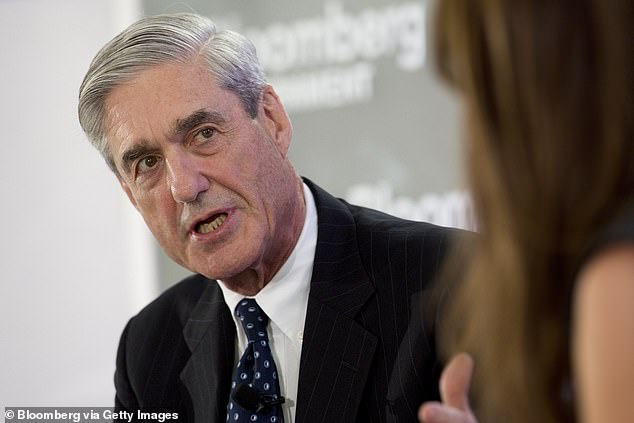 Time’s report claims that Boyarkin was the ‘friend’ referred to in emails that 2017 reports from The Washington Post and The Atlantic claim were between Manafort and former business associate Konstantin Kilimnik.

The publications reported the communications about ‘our friend V’ took place just two weeks before Trump accepted his Republican party nomination, putting a definite time stamp of Manafort’s alleged dealings with the Russians between May and August two years ago. 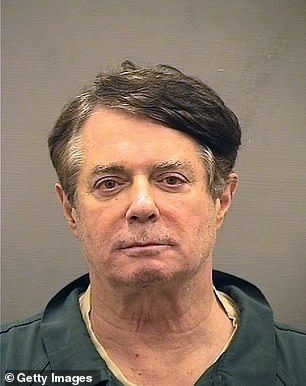 Boyarkin is said to be the ‘friend’ mentioned in Manafort’s (pictured) emails with former business associate Konstantin Kilimnik. He allegedly offered briefings on the presidential campaign to ‘get whole’ with Deripaska

Emails between Manfort and Kilimnik referring to ‘V’ or Victor Boyarkin, allegedly offered briefings on the presidential campaign in order for Manafort to ‘get whole’, Time reported.

Still, Boyarkin kept mum when approached by Robert Mueller’s investigation team and told them ‘to go dig a ditch’.

Spokesperson Peter Carr declined to comment to the publication regarding Boyarkin’s comment on their investigation into possible collusion with the Russians.

Earlier this month Mueller accused Manafort of lying about contact with administration officials since he agreed to cooperate with prosecutors in his cases.

He was found guilty in August of financial crimes, including tax fraud, bank fraud, and hiding foreign bank accounts, bringing the total so far to eight counts. He will be sentenced in Virginia in February.

He’s expected to be sentenced for breaching his plea agreement in March.