Sandymouth Beach: Wife watched as man was crushed to death by rock

Sunbather’s wife watched in horror as he was crushed to death by 1.5-tonne rock that fell 50ft on to Cornish beach ‘after he knocked a supporting rod into cliff while setting up a hammock’

By Amie Gordon and James Wood For Mailonline

A sunbather was killed by a 1.5-tonne rock that fell from a cliff while he was ‘trying to put up a hammock’, it has emerged today.

The 66-year-old man, who was from east Hampshire, died on Sandymouth Beach in Bude, Cornwall at around midday Tuesday.

His wife watched as he was crushed to death by the rock that fell some 50ft from the cliff.

The man had reportedly been knocking a supporting rod into the cliff face before tightening the hammock straps ‘to the point that they somehow split the rock,’ according to a senior officer for HM Coastguard.

The man’s body was recovered by Wednesday afternoon following a 28-hour operation. 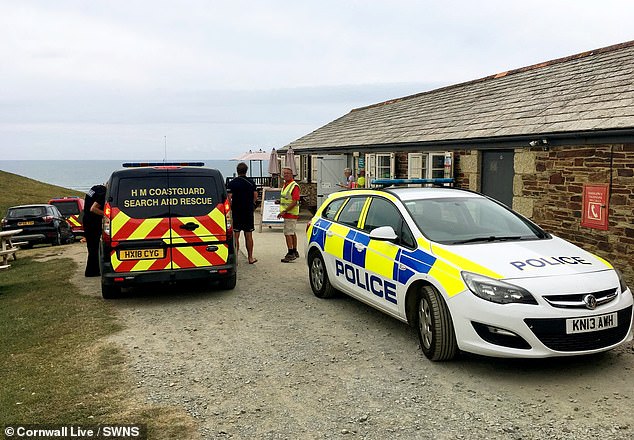 Emergency services were sent to Sandymouth Beach, in Bude, Cornwall at around midday Tuesday following reports a rock had killed a sunbather 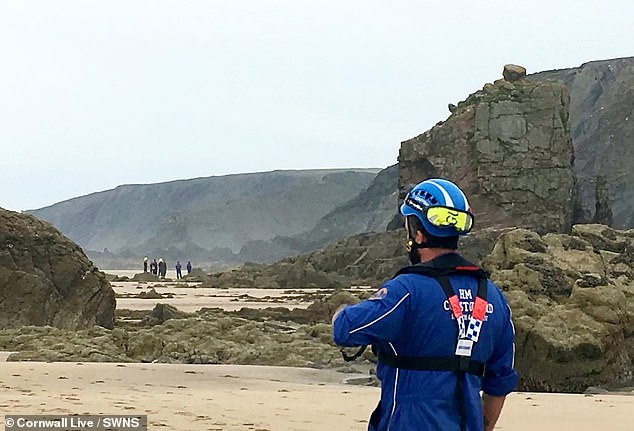 The coastguard revealed emergency services had to withdraw on Tuesday afternoon because of the incoming tide. They were back at the scene on Wednesday

The fire service led the ‘technically difficult’ operation after the rock fall.

They were first called at about 12 noon on Tuesday but could not recover the body immediately and returned with extra equipment on Wednesday morning.

Firefighter Richard Gibbons said the man’s body had been pinned beneath ‘substantial pieces of stonework’.

Neil Oliver, HM Coastguard senior operations officer, told Cornwall Live: ‘We were called to a report of a person trapped under rocks from a cliff fall.

‘We treated the casualty at the scene and the gentleman was declared deceased a short time later by doctor.

‘He was trapped by quite a weight on top of him, there’s one big rock that I’d estimate weighs 1.5 tonnes. We were unable to move him.’

Mr Gibbons, who is the incident commander, added that his thoughts were with the man’s family.

He said firefighters recognised soon after the body was discovered that Cornwall Fire and Rescue Service did not have the equipment needed to recover it. Teams from Devon & Somerset Fire & Rescue Service were called in.

Devon and Cornwall Police said the man’s next of kin had been informed. 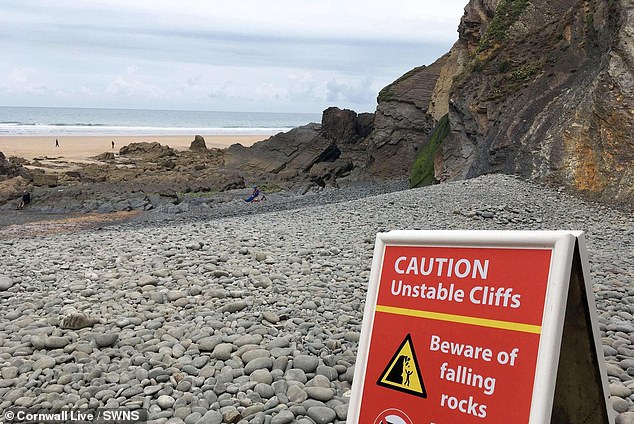 A spokeswoman for the National Trust, which owns the beach, said it was supporting the emergency services 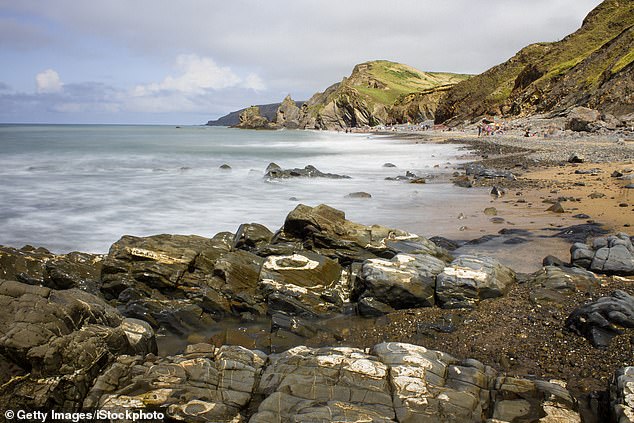 An air ambulance wa scrambled to Sandymouth Beach (pictured), in Bude, Cornwall, after rocks fell onto the man from the cliff above

A spokesperson for Devon and Cornwall Police said today: ‘The body of a man who died following an incident at Sandymouth Beach in Bude on Tuesday has been recovered.

‘The deceased is a 66-year-old man from East Hampshire, his next of kin have been informed and a file is to be prepared for the coroner.’