Americans may soon have another Covid vaccine option hitting the market, and it is a more conventional shot people may be more familiar with.

Pharmaceutical giant Sanofi, based in France, and GlaxoSmithKline (GSK), based in the UK, have submitted a joint-application to the Food and Drug Administration (FDA) for authorization for a two-dose COVID-19 vaccine and booster shot.

The shot is a protein-based vaccine, making it similar to the flu shot and other vaccines Americans have received in their youth.

Like Novavax – which is also seeking authorization for a protein-based vaccine from the FDA – GSK and Sanofi are arriving late to the market after facing issues during the lead up to application, but could be big players in the future rollout of annual Covid boosters.

After delays due to human errors early in trials, GSK and Sanofi have finally applied for FDA authorization for their protein-based COVID-19 vaccine. It is a two-dose shot, and the companies are planning a booster as well (file photo) 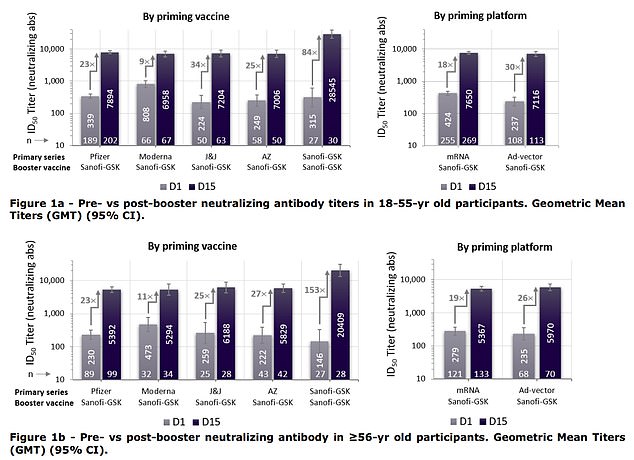 The shot showed great effectiveness in clinical trials, showing 100% effectiveness to prevent hospitalization or death from the virus. The booster was very effective as well, increasing antibody levels of mRNA vaccine recipients by up to 30-fold

‘The evolving epidemiology of COVID-19 demonstrates the need for a variety of vaccines,’ Roger Connor, president of GSK said in a statement.

‘…We are confident that this vaccine can play an important role as we continue to address this pandemic and prepare for the post-pandemic period.’

Differences between mRNA and protein vaccines

The vaccines deliver the body materials to create its own virus spike protein. The immune system then destroys this protein and creates virus antibodies

mRNA shots are easier to develop and cheaper to make, but they are more expensive to transport

The shots are more durable, more resistant to future variants and are easier to store and transport

The shots work by exposing a person to dead virus proteins, generating antibodies when the immune system destroys it

The companies submitted Phase 3 trial data to the FDA, and say they plan to release full trial results to the public by the end of the year.

During the trial, the vaccine was found to be 57.9 percent effective against symptomatic Covid infection. This is standard across the available vaccines during the current Omicron-fueled surge.

Where the vaccine really impressed was its ability to prevent the worst possible outcomes from the virus.

The booster shot was also found to be effective when paired with popular mRNA vaccines, like the Pfizer-BioNTech and Moderna jabs.

Sanofi and GSK report that receiving their booster after receiving a two-dose regimen of an mRNA jab could boost antibody levels 18 to 30-fold.

‘We’re very pleased with these data, which confirm our strong science and the benefits of our COVID-19 vaccine,’ Thomas Triomphe, executive vice president of Sanofi, said in a statement.

‘…No other global Phase 3 efficacy study has been undertaken during this period with so many variants of concern, including Omicron, and these efficacy data are similar to the recent clinical data from authorized vaccines.’

Human error early on in the trial process of the vaccine set the companies back by a few months, as scientists conducting the trial mistakenly administered incorrect doses.

The entire process had to be restarted as a result, allowing the two pharma giants to be outraced by Pfizer, Moderna, AstraZeneca and Johnson & Johnson.

Coincidentally enough, Novavax, which is also rolling out a protein based vaccine that will directly compete against this one, also faced many setbacks over the past year and could not submit data for FDA authorization until recently either.

Health experts are excited about the prospect of a protein based vaccine, though.

While mRNA jabs are easier to develop and cheaper to manufacture, they come with some downsides as well. 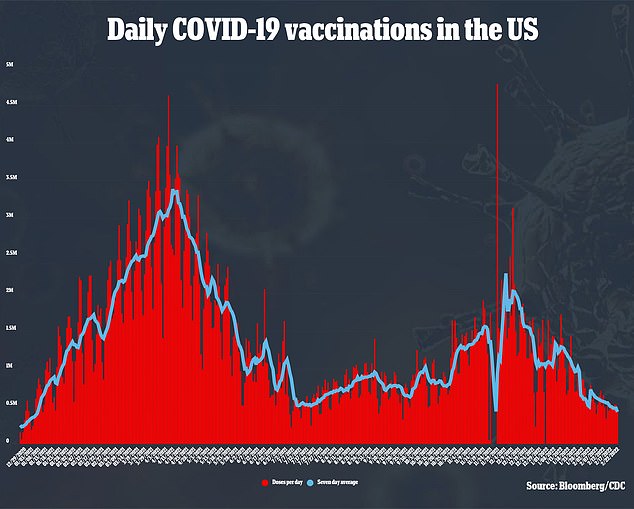 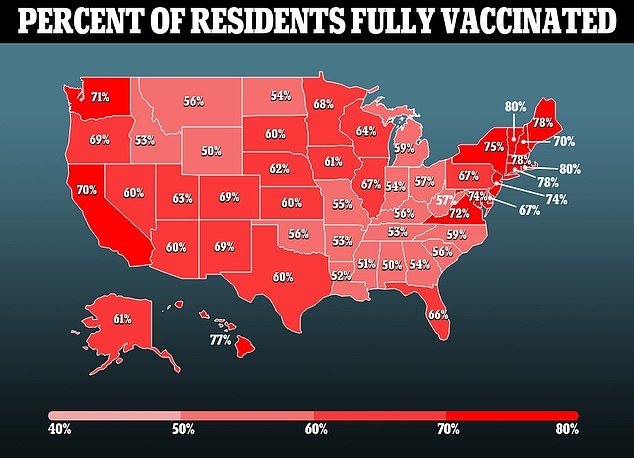 The virus can easier mutate to evade protection provided by the vaccines – like what occurred with the Omicron variant – and the shots must also be stored in extremely cold temperatures, making it expensive and resource intensive to ship the shots around the world.

Protein based shots are believed to be more resilient to mutations and can be stored with standard refrigeration.

Efficacy is also expected to last longer from these shots, making the need for frequent boosters less likely.

Americans are more familiar with these shots as well, which could help quell some remaining vaccine hesitancy in the population.

‘Many people are reluctant to be immunized. They’re called anti-vaxxers in the press, but I think a lot of that 20 percent [of unvaccinated Americans] are people who have fully immunized themselves and their children against [other viral diseases]. They’re just a little nervous about the mRNA vaccine,’ Dr Cody Meissner, a top FDA advisor and chief of pediatrics at Tufts Children’s Hospital told DailyMail.com.

‘They may be more willing to immunize with a more standard protein vaccine.’