Santa advised to cut down on sherry and mince pies

Lyme disease, gout and sleep deprivation are just a few of the health problems plaguing Saint Nick, the nation’s leading GP has said.

Santa may also suffer from alcoholism and work stress, the head of the Royal College of GPs said.

Professor Helen Stokes-Lampard, chairwoman of the RCGP, joked that leaving out mince pies for Father Christmas was contributing to his obesity. 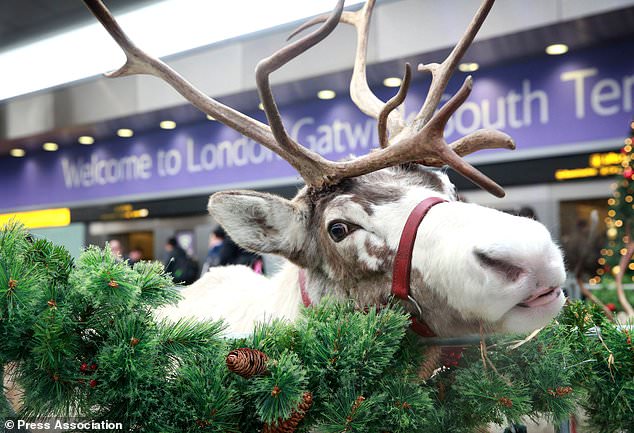 She said Santa Claus could be doing serious harm to his ‘elf’.

Prof Stokes-Lampard said: ‘He’s overweight and all of us do our bit to add to his obesity by leaving mince pies and cookies for him and milk or alcohol.

‘He may have gout, he may have alcoholism – there’s a real bit of binge drinking going on.

‘There are also issues with sleep deprivation, work stress, his mental health.

‘Lyme disease is another potential one as reindeer can carry ticks.’ 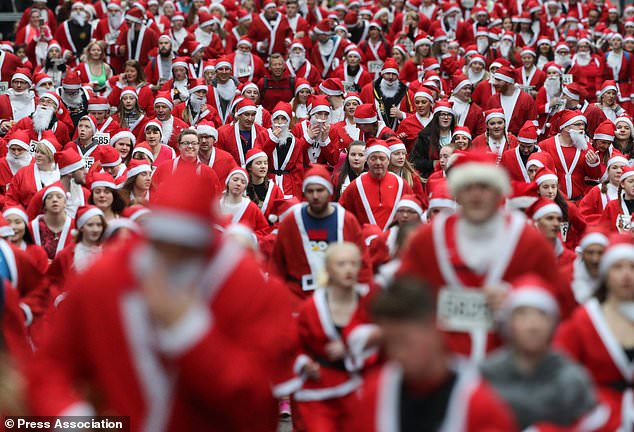 Centuries of sherry-drinking, munching on mince pies, and gruelling night shifts will mean he could be overdue a health check.

Prof Stokes-Lampard offered advice on how Father Christmas could shed pounds by running between houses rather than taking a ride on his sleigh.

She added: ‘Although he sets a brilliant example of good behaviour and teaches the importance of giving rather than receiving, he could probably do more to encourage healthy lifestyles – something youngsters and adults alike can benefit from.

‘Santa is almost certainly living with multiple morbidities which, if left untreated, can become increasingly distressing and debilitating.

‘If Mr Claus was a patient at my practice, I would be encouraging him to adopt a vastly healthier diet and take more exercise in the new year.

‘I’d also be keen to address his binge drinking, something which many people – perhaps even unknowingly – tend to do while celebrating Christmas.

‘The human body can only process one unit of alcohol per hour, which means excessive consumption could make Santa drunk very quickly. This not only increases the likelihood of him slipping in the snow or mixing up important presents, but could also lead to long-term issues affecting his mood and mental health.

‘In the meantime, I would recommend that Santa gives the sherry a miss this year – and maybe asks Rudolph if he can share his carrots.’