By Kate Buck For Mailonline

A little boy who was facing his first Christmas without his twin brother was moved to tears when he saw what Santa left on his brother’s gravestone on Christmas Day.

Leo Barrett, six, from Huddersfield,  tragically lost his twin brother Zack to a rare brain tumour in July and was facing the prospect of a Christmas being an only child.

But it would seem that Father Christmas had been paying attention to what a good boy little Leo has been this year and left a heartwarming and moving letter him on Zack’s grave for him to find on Christmas Day.

The note, signed by Santa, Mrs Claus and all the Elves, tells Zack that he has already dropped some presents off to his ‘amazing’ brother before making his way to his house 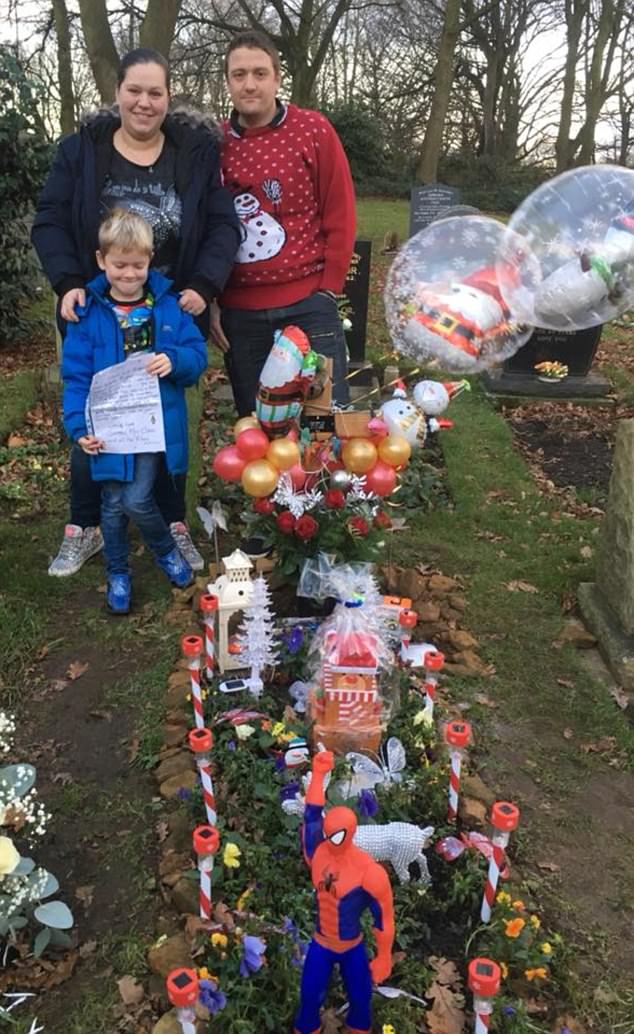 Zack, passed away in July shortly after his sixth birthday after a brave battle with Diffuse Pontine Glioma (DPG).

When Zack and Leo’s parents Katie and Ryan took Leo to visit Zack’s headstone they were moved to tears to see that their brave little boy hadn’t been forgotten.

A letter addressed to Leo from Father Christmas, Mrs Claus and the elves left at Zack’s grave read: ‘I have just dropped some presents to your amazing brother Zack … and I am on my way to your house …

‘You are on the nice list this year, as is Zack, you have been such a good boy and worked so hard at school. 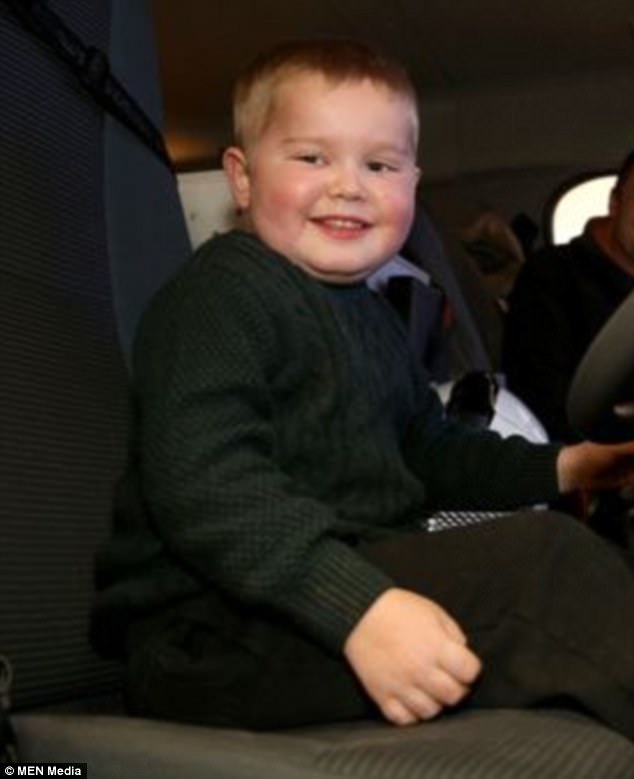 Zack Barrett (pictured) had just celebrated his sixth birthday when he tragically passed away in July after suffering from Diffuse Pontine Glioma, a malignant brain tumour 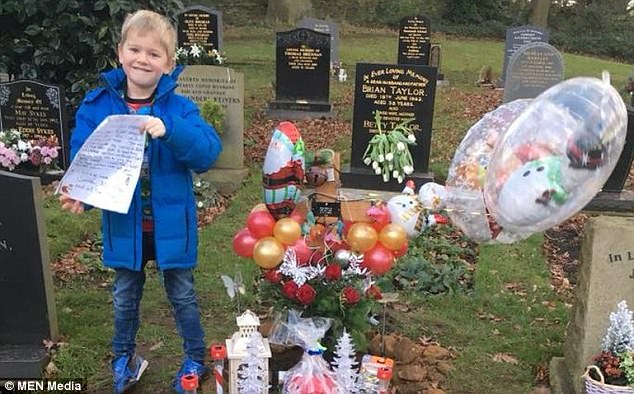 Leo Barrett (pictured) was facing his first Christmas as an only child after his twin brother Zack passed away. When he visited his brothers grave he found a heartwarming note left by Santa

When Zack was diagnosed with DPG in November 2016, the family were devastated to find out he had just months to live.

Zack passed after time at Martin House Hospice, a place for children and young people with life-limiting conditions and their families to find support.

Katie and Ryan are now looking forward to welcoming a baby boy to their family in 2018. 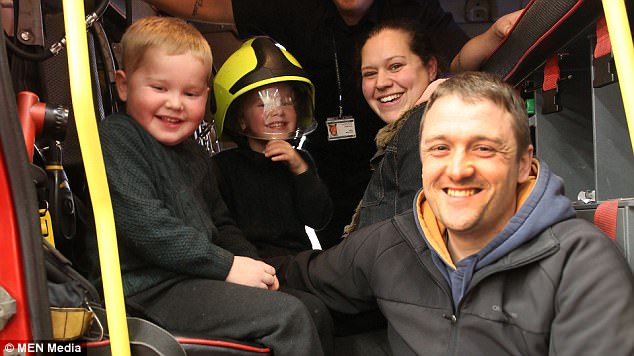 When Zack (far left)  was diagnosed with DPG in November 2016, the family were devastated to find out he had just months to live. The family are pictured here visiting a Rastrick Fire Station 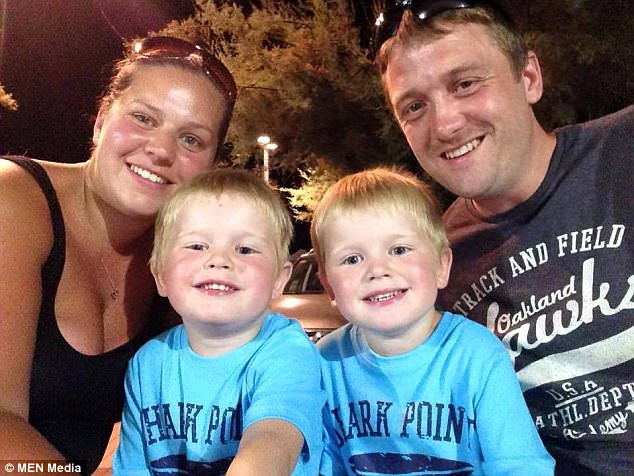 What is Diffuse Pontine Glioma (DPG)?

DPG is the second most common type of high grade brain tumour in children.

High grade brain tumours tend to grow quickly and are more likely to spread to other parts of the brain or spinal cord. They are sometimes referred to as being ‘malignant’ or ‘cancerous’.

DIPGs originate in an area of the brain, and more specifically the brainstem, called the pons. The pons is an area deep within the lower part of the brain which is responsible for a number of critical bodily functions, such as breathing, sleeping and blood pressure.